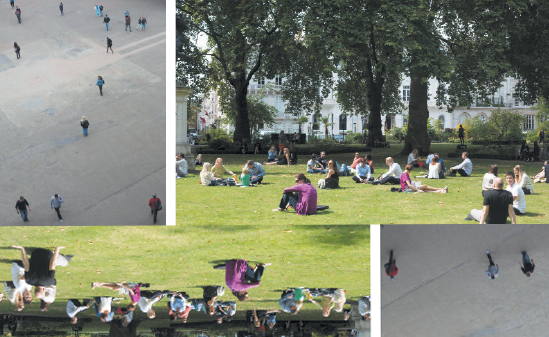 Amy YoungMarch 12, 2016
Art0 Comments
1
0
1
1
0
1
0
Like many of Phoenix’s venue owners, Wayne Rainey is a person who wears many hats. He is the founder and owner of monOrchid, a multipurpose space on Roosevelt that includes the Shade and Bokeh galleries and has been one of the anchors of the Roosevelt Row district since the early 2000s.

With its longevity and consistency as a destination for quality arts and culture, the venue has been influential to the subsequent and continued growth in the area. That type of growth doesn’t come without a range of challenges, especially for the neighborhood business owners and area residents who have long supported the mission of having a diverse, affordable and unique culture-rich district. Rainey is among the many who stay continuously active and vocal in all facets of neighborhood development.

Additionally, Rainey is an award-winning commercial photographer, as well as a fine art photographer who has exhibited in galleries across the country; his work has been featured in popular art publications like ARTnews and Art in America. This month, monOrchid’s Bokeh Gallery presents The Passenger, a new body of Rainey’s fine art photos. They were taken in London in 2015, over a period of ten days.

“The series,” says curator Nicole Royse, “highlights the idea of myth and retelling of ancient stories, which is something Rainey continues to develop within his work.” Human activity and interaction are certainly what creates a majority of the stories that we tell, whether we are a part of them or an observer. As the latter, the real treasure in Rainey’s photographs is his ability to capture scenarios at these lush locations that are ripe with activity, and present completed snapshots of these moments that are free of opinion or judgment. You’re left with an image that doesn’t feel cloying, without a heavy hand trying to guide you into a specific emotional realm, and that is both rare and refreshing.

That said, the pieces are certainly not sterile; they are natural and inviting, inspiring curiosity. For instance, “Horus” is a mix of people and birds scattered about a park filled with towering trees and walking paths; a small child is at the fore, watching the motion around him as the birds peck at crumbs of bread. The many chairs placed about raise questions. Is it a special event? Is it just status quo for this gathering spot? The photo exudes an overall sense of innocence, along with an excellent capture of nature’s beauty, so that you ultimately don’t feel a desperate need to find an answer.

Royse also has an affinity for that peaceful quality the series offers. “Rainey has such an appreciation of people and for observing places,” she says, “that he effortlessly translates into his imagery, creating photographs that have a sense of mystery and beauty. The lush setting is spectacular, and while many of the scenes appear busy with activity, there is a tranquility found in the intimacy that Rainey has captured with distinct voyeuristic undertones.”