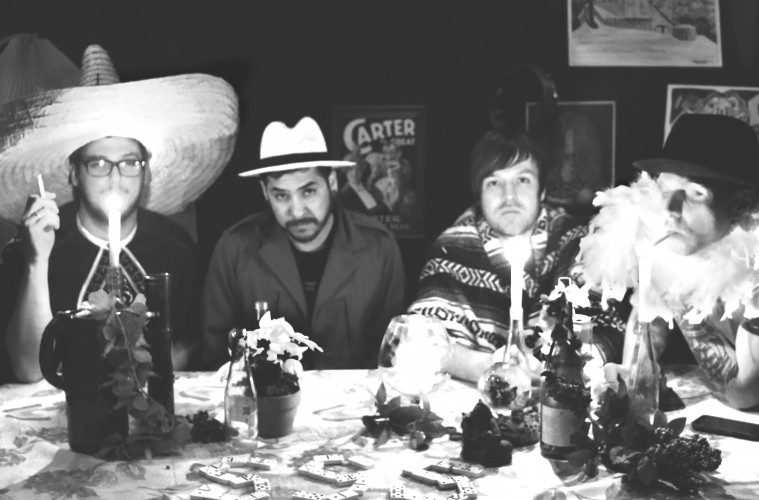 If you asked in the spring of 2012 who the next breakout band from Phoenix would be, I would most assuredly have said Snake! Snake! Snakes! At that point, they were riding high on their debut self-titled EP from 2010, had just released two new singles (“Thieves” and “Outsider”), and their music was grabbing serious attention from Paste and CMJ, as they headed to SXSW. Not only that, but ALL of their songs were being used for licensing and placements in campaigns for Sephora, Tommy Hilfiger and Tabasco and in movies and TV shows like Spectacular Now and Vampire Diaries.

Their sound was fast-paced, catchy indie rock with synths and reverb vocals that matched the zeitgeist of the time. Then, due to circumstances beyond the band’s control, a lineup change happened, along with a change in sound. Ditching the keyboard and adding an additional guitar (specifically the guitar work of Dan Tripp), Snakes! reemerged louder, more vicious and more punk. It was fantastic, but many die-hard fans of their old sound were disenfranchised. The new live sound played out like psychotic surf rock, and I wanted studio recordings of this new direction.

I’m not sure if I’ve ever waited so long for a full-length debut from any band. There were starts and stops, it was suggested that a cassette would be released of the demos or another EP might emerge as years passed, but nothing was released. Five and a half years after their original EP, Tranquilo has finally arrived, and it is everything I could have hoped for. If this doesn’t bring their old fans back, it doesn’t matter, because this should garner a whole new legion of followers.

Snake! Snake! Snakes! is Jonathan Messenger (vocals, guitar), Chris Sanchez (bass), David Cooper (drums) and Dan Tripp (guitar), and together they have reinvented the band with a vitality that is nothing short of a sonic revelation. As with the EP, this album is masterfully produced by Bob Hoag at Flying Blanket, which seemed impossible a year ago due to unresolved conflicts from their 2010 sessions. Upon listening, I could not be more grateful that all differences were put aside and the album will be released with the right lineup, sound and producer. 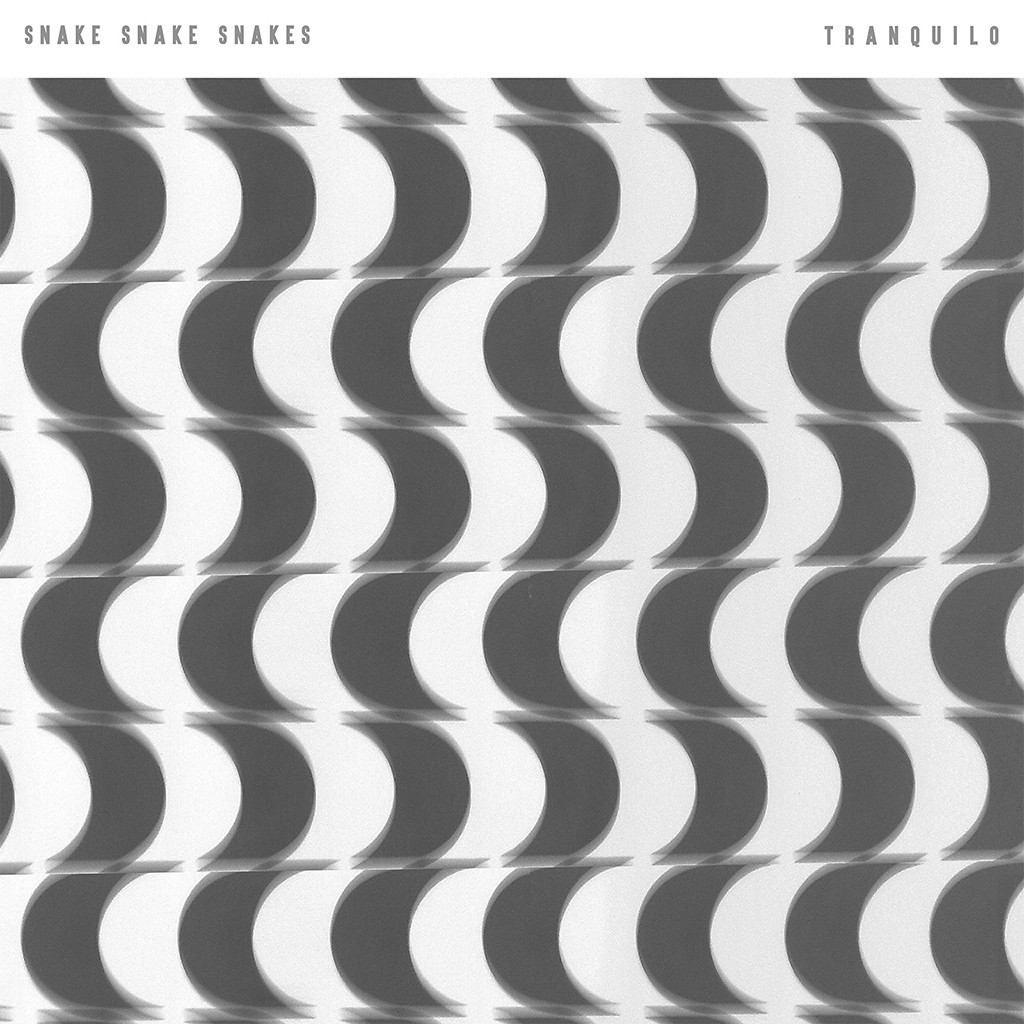 Tranquilo begins with a blast of feedback and a guitar line with pounding drums reminiscent of The Velvet Underground’s “I’m Waiting for the Man,” but when Messenger sings it comes out more like Jason Spaceman (Spacemen 3, Spiritualized). “Mantra” has long been one of my favorites from their live set, and this recording does it total justice, whether it’s the nervous feeling of the music or the frantic guitar rave-ups throughout. I was at first shocked by its lead placement, but it makes perfect sense in the way it captures your ear and holds your attention. “In My Head” has been a live staple for Snakes! for years, and it sounds better than ever here. It has a classic Phil Spector drum sound behind the wash of feedback-driven guitars, and at under two minutes, it may be quick but it is sublime.

Oddly, it wasn’t until about the tenth listen that I realized “O Death” is a surf-drenched pop song, with garage trimmings. It reminds me of another of Hoag’s favorite bands, Gospel Claws, in its arrangement and the way that Messenger almost croons the vocals. By the third track, the album sounds like a dream live set, except you don’t have the distraction of a couple in conversation behind you. “War” makes it clear that they have no intention of relenting the pace, and it has some furious skin-pounding drums courtesy of Cooper, while the guitars rage throughout. It comes across a bit reminiscent of Black Rebel Motorcycle Club at their grittiest.

“Travelin’” is another pop song in garage-rock clothing, which the recording makes far more clear than the live performance. These arrangements completely vindicate the band’s sonic detour three years ago, and justify the vision of Jonathan Messenger without a doubt. This song has some of his finest vocals. Without the monstrous guitars and the feedback, this could have been a hit in 1965. “Washed Out” starts out like a traditional indie rock song, but it sure doesn’t stay there long. The guitars crunch with a neurotic timing, while the solo returns to surf roots. It has as much influence from The Velvets as it does from The Stooges, and it’s a perfect finish for the first half of the album.

Many of our beloved local bands have a touch of cannibalism, lyrically speaking, whether it’s Lawnchair who wants to eat your legs or The Rolling Blackouts who want to eat your brains. In this case Snake! Snake! Snakes! simply “Want Your Blood.” This has been one of my live favorites since they restructured. Surprisingly, it’s one of the more subdued numbers here. “Sentimental Life” gets to the heart of the wild proto-punk sound that Tranquilo offers from the beginning to the end, once more blending Lou Reed phrasing with an Iggy Pop lilt. It may only be two minutes long, but it’s one of the most engaging songs—perfect proto-punk with fuzzed-out, flailing guitar and surprising, uplifting “woo hoo hoo” backing vocals.

While the second half of the album might seem to have slowed only slightly, “Dead N Dumb” eviscerates that idea, channeling the Snakes! inner Raw Power or Fun House. Clocking in at less than two minutes, it’s like a shot of adrenalin straight to your eardrums. Good things come in small packages, they say, and this is one of the album’s finest moments. It was the teaser song released late last year, and it seemed pretty wild at the time, but in the context of the album it’s even more raucous than it first seemed. “I Know You Best” is certainly a sentimental slow burner, but it is hypnotic in its delivery, especially the overriding guitar that grabs your ears with claws. 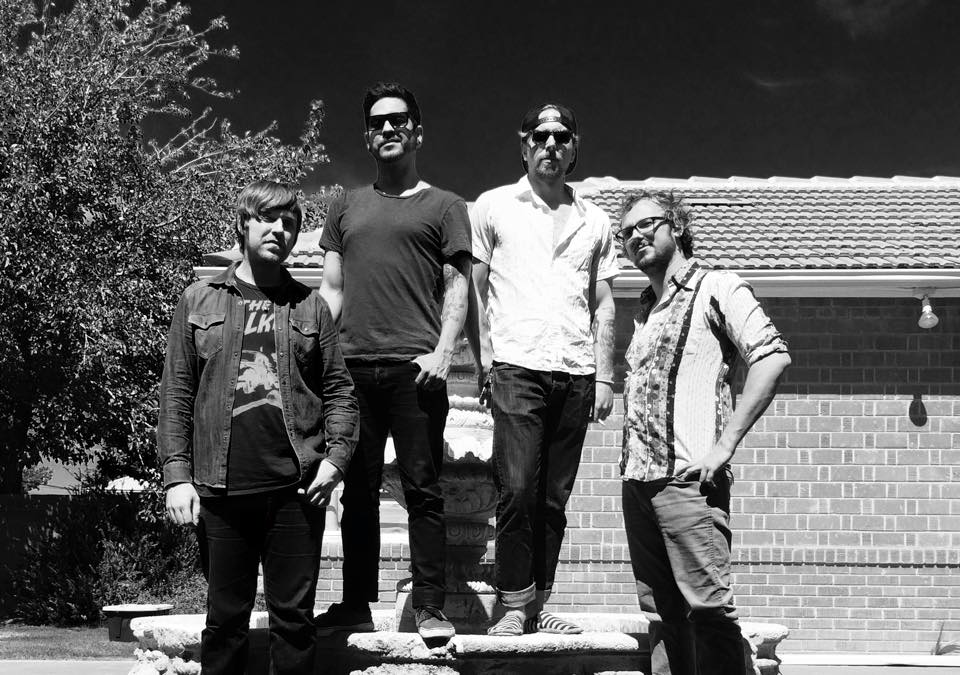 “Wasted Time” might the finest song on the album. There is a spiritual depth that is inspiring, and it just hangs in your head after every listen. After over a dozen rotations of the album, this is THE song that my mind comes back to again and again. Maybe it’s the changes in tempo, the pounding surf drums, Tripp’s guitar licks or Sanchez’ killer bass. Whatever it is, this song is just pure gold no matter how many spins I give it. The album concludes with the near ballad “Hangin’ on a Wall,” which almost serves as a coda to the entire affair. It’s the comedown from the pure adrenalin rush of the preceding 33 minutes. I wasn’t sure at first about it being the closer but, honestly, it wouldn’t fit anywhere else for pacing or perfection’s sake. It is just a perfect fuzzed-out shoegazer making its way into the album’s brilliant sunset.

The old adage is that “good things come to those who wait.” Well, after over five years, this album is our plentiful reward. It plays out as my favorite set list for a Snakes! show committed to record with fantastic arrangements and performances. I truly hope that we don’t have to wait until 2021 for the next installment, but if that’s the case, I somehow suspect it will be every bit as good and worth the wait.