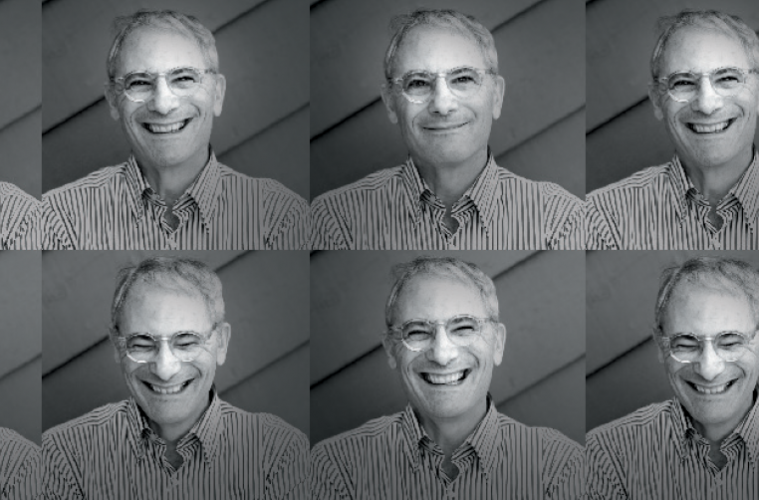 Aaron Betsky is a force of nature in the world of art, architecture and design. Throughout his career he has worked as an architect, curator, museum director, educator, critic and author of many books. Last year, he took over as dean of the Frank Lloyd Wright School of Architecture, during a time when the school was at risk of losing its accreditation.

The Higher Learning Commission changed its bylaws in 2012 to prohibit schools from being part of larger non-academic institutions, forcing a separation from the Frank Lloyd Wright Foundation, which had owned and operated the school for decades.

A fundraising effort was launched to bring in the $2 million that would allow the school to operate independently. That effort paid off—by the end of 2015 the campaign had raised $2.1 million, with a large portion of the funds coming, surprisingly, from the Arizona towns of Globe and Miami (over $700K). Those donations had come in anticipation of a four-year collaboration that will bring the expertise of the school and its staff to the neighboring communities, which are greatly in need of revitalization.

JAVA had the opportunity to interview Betsky at his new home at Taliesin West.

Please tell us about the Globe/Miami project.
The Frank Lloyd Wright School will help this community reimagine itself through a four-year collaboration. While we are not contractors, engineers or real estate developers, the school can bring several things: the expertise and the prestige of the Frank Lloyd Wright tradition; students and faculty from all over the world who are incredibly creative and energetic; an organic hands-on approach and learn-by-doing attitude.

We will set up an advisory committee and develop strategies to deal with persistent problems like property degradation, higher drug usage, cycles of boom and bust and the departure of millennials, who are often quick to leave for Phoenix—to help build a town that they want to live in through community engagement. We want to improve key properties, like the library. Even small gestures like painting buildings or adding a sports field to a dirt lot can change a place.

The area around Globe/Miami is being strongly considered for federal “Promise Zone” designation, which would make it one of only about 15 areas around the country. This status would bring in a tremendous amount of resources through various grants and funding sources. We would help manage and advise throughout this process.

How does this effort tie into your philosophy and the school’s mission?
There is the legacy of Frank Lloyd Wright and his notion that we can use architecture to make the world a better place, while taking into account the relationship we have with other humans and the natural setting.
It’s all about the ways in which architecture can make our designed environment more sustainable, open and beautiful, and what techniques are available to do that. That’s what a lot of my writing has been about.
I’ve become interested in people and situations that are more on the margins, and the tactics that develop from tough perspectives. We are working in Globe/Miami to figure out a “Tactical Urbanism”—like so many others around the world, trying to make tough situations better in all kinds of ways.

How is Tactical Urbanism different from New Urbanism?
It is totally in opposition. New Urbanism was an attempt to make everything fit the modern ideal from the 1920s—a community that never existed—basically all lies. Tactical Urbanism is a catch phrase referring to many different attempts by architects over the last 10 years to help people take action to make their own communities better.

One group that I worked with on a book project was Urban-Think Tank. They got their start in Caracas, Venezuela, driving around with a car tape saying, “We’re architects. What do you need? We’re here to help.” They got very involved with the favelas over there, working on various projects—small additions to open up closed parts of the city—interventions. Often the trick is to figure out what is the minimum that you can do to create an impact—guerilla landscaping, for example, like planting flowers on vacant lands.

You were trained as an architect but are known as more of a critic and curator. Do you practice architecture?
I pretend (laughs). Yes, I entered a competition in Taiwan last year. Didn’t win. I’ve done many things: practiced architecture, worked as a curator, critic, professor, assembled books and was the director of an art museum. I have many different perspectives.

What inspired you to study architecture in the first place??
I spent a part of my childhood in the Netherlands, and a visit to the Schröder House [by Gerrit Rietveld] really opened my eyes. Other than being just an absolutely gorgeous structure, it was designed to be a model for a new way of living.

This house was not just a standing container that defined and confined daily life, but a place that opened up possibilities, activating relationships with people. All the walls moved around—it could be turned into one large room where everyone was together or it could be four rooms, three rooms, two rooms, each with a particular character and function. Not only would the walls move but various parts of the floor and ceiling would fold out to make furniture. Then the whole thing could be opened up to the outside, so there was this continuity with the landscape.

It was at the end of a series of row houses that were very proper and covered with brick. The Schröder House looked like it was made from the bones of the buildings next to it. It was an incredibly optimistic statement about modernity and architecture’s ability to build a new world. Over the years, we’ve lost that optimism—not just in architecture but also in painting, literature and obviously politics.

I first discovered your writings in grad school while researching Deconstructivism, which used the visual cues of Constructivism, as seen in the Schröder House.
In the late 1980s there was a look back at some of the first modernist forms—to unearth and reactivate them in some way by contradicting them. Not pretending that we can still mindlessly build this better world. Realizing the inherent contradiction of intents and in the structures themselves. That was really a large part of what became known as Deconstructivism.

What about the challenges of desert cities? Frank Lloyd Wright had certain strategies at Taliesin West.
The inhabitants of Phoenix have been dealing with the desert for thousands of years and have developed some pretty good solutions—and some very bad ones. The Hohokam made environments that used what this place had to offer. Interesting early developments utilized the canals; first the Spanish and then Anglo settlers elaborated and built with them rather than obliterating them.

At Taliesin West, there is a great plan to renovate and restore this historic campus. Unfortunately there are places where the concrete is literally crumbling. First there would need to be a lot of stabilization. Then we would like to explore the idea of taking the structures back to the original notion of being part of the land and the climate. They were made as canvas tents, with abstractions of the desert. I think that would be truly fantastic.

Taliesin West strikes me as a kind of spiritual place, like Machu Picchu and other powerful spots around the globe.
As far as the spiritual goes, people can decide for themselves. Frank Lloyd Wright certainly had an incredibly intuitive sense of the land. He found this site that is nestled below the McDowell Mountains and above the Valley, with a view over it. This place was also important to the original [Native American] inhabitants.

We’re sitting here looking right on axis [points out the window] with the tallest peak of the McDowells, but at the same time it is the one place in the McDowells where this spur comes out. That’s exactly where Wright sited it—against that spur coming out, continuing into the landscape. If you look carefully, you can see how he plays this whole game of call and response with the landscape. Taliesin West not only nestles into the landscape but dances with it. It’s an active relationship, so you are really much more aware of where you are.

You are training future professional architects. Is that satisfying?
I like to think of architecture as a discipline—as a way of knowing, understanding and transforming the human-made environment. Thinking of it as a profession makes me nervous. For me it’s very important to understand that architecture is not science. Building is science. Buildings have to stand up and be safe and efficient.
Architecture is not building. It is the art of building. But the relationship between architecture and building has gotten much more complex because we now have computer technology that allows us to build anything we can imagine. We can model our imagination in structural terms quite directly. There is no longer a need to make elaborate recalculations for every small change. The computer does it instantly.

The act of imagination can be a structural work. The act of structural exploration can be an imaginary one as well. This has changed the way we think about and understand the place of buildings. That old split between façade and structure is less relevant. Now there are engineers who become famous architects. Santiago Calatrava is an example, but his work is only good from the waist up. There are other firms integrating these structural concepts on a much higher level.

As far as being here, I am honored and humbled to have the opportunity to continue the work that has made Taliesin a workshop for reinventing American architecture.