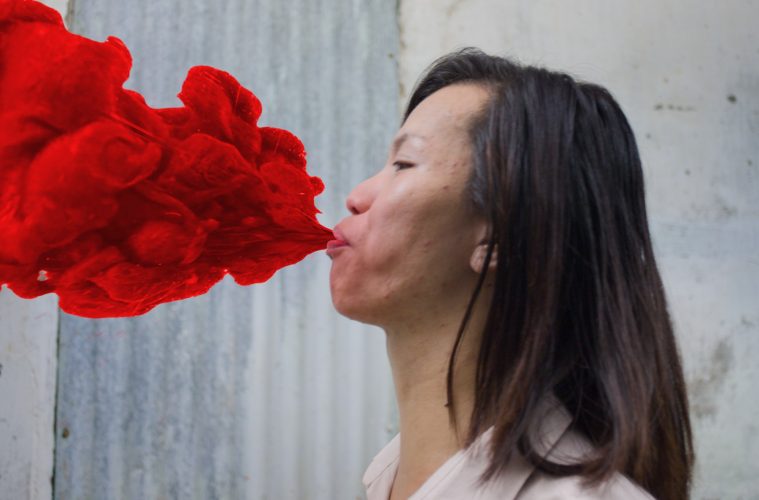 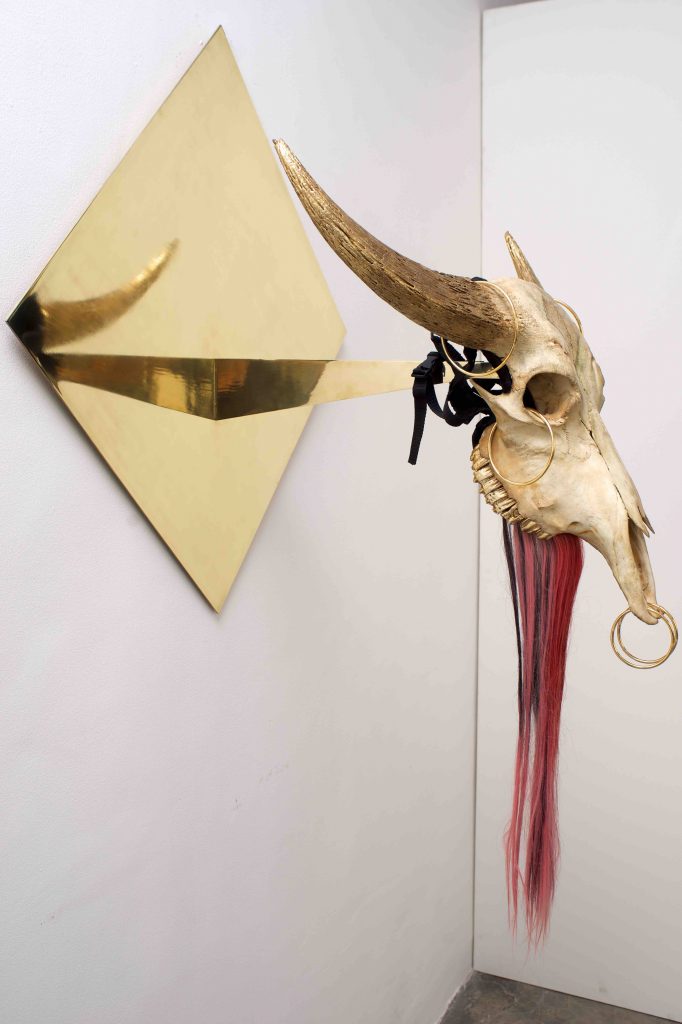 Historically, graffiti has diametrically opposed the colonization of advertising. It surfaced in response to the billboard advertisements spewing their calculating messages throughout communities. To suggest that someone could start off as a graffiti artist and end up in advertising might seem like a stretch. However, the Saigon-based collective The Propeller Group (TPG) is made up of three former graffiti artists (Tuan Andrew Nguyen, Matt Lucero and Phunam) who have created an ad agency doubling as an arts collective. They decided that the best way to make an impact in the advertising world was to infiltrate it.

TPG started in 2006 and incorporates the lexicon of politics and advertising to make multimedia art that creates dialogue about propaganda and power as it relates specifically to the history and aftermath of the Cold War. “I think the Cold War has always been a psychological state that is inherent in the idea of empire,” Nguyen said. “To bring it back to aesthetics, it’s interesting to think about the different images and iconography and symbols that have come out of the Cold War. I think that’s what our work tries to speak to.”

In 2011, TPG developed an advertising parody entitled Television Commercial for Communism, which was featured in the New Museum’s “The Ungovernables” 2012 Triennial edition. In the work, they wrestle with two seemingly warring ideologies—communism and capitalism—in an attempt to speak about the inherent propaganda belied by both. “A lot of moments in the history of advertising coincide very directly with the history and development of communism throughout the 20th century,” Nguyen said. 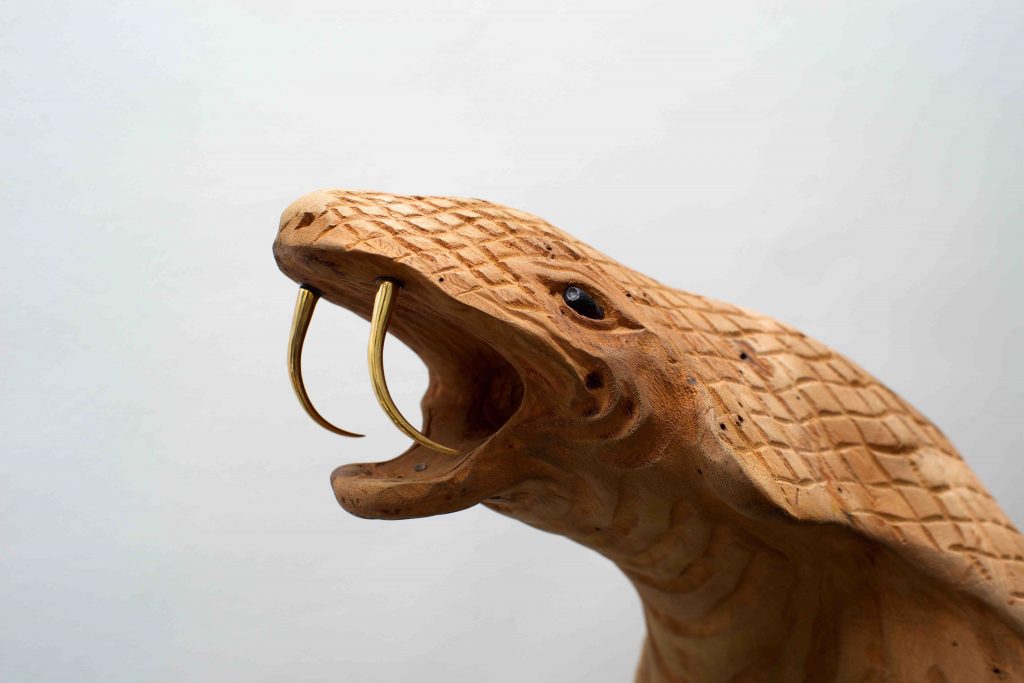 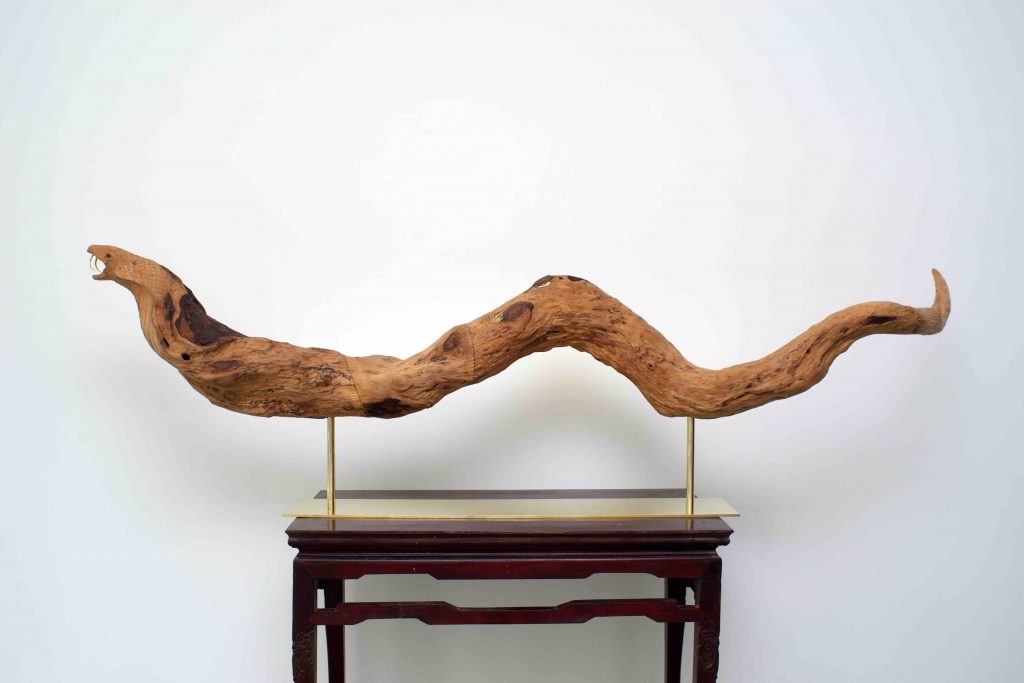 TPG opened its first survey exhibition, co-organized by MCA Chicago, the Blaffer Art Museum at the University of Houston, and Phoenix Art Museum, in June 2016. TPG’s exhibition currently is up at the Phoenix Art Museum, through May 14, and consists of their multimedia and fine art projects of the last five years.

One of their multimedia projects examines the AK-47 compared with the M-16. The former is a semi-automatic rifle created by the Soviet Union during the Vietnam War, and the latter is a rifle created by the United States in response. The group saw a Civil War exhibit that featured two collided bullets, and they replicated it by shooting bullets in a gel block. What resulted is a fine art piece that speaks to the collusion of the Cold War and the warring ideologies fraught within. Both nations consider these guns as “weapons of peace,” which speaks to the way propaganda enforces nationhood. 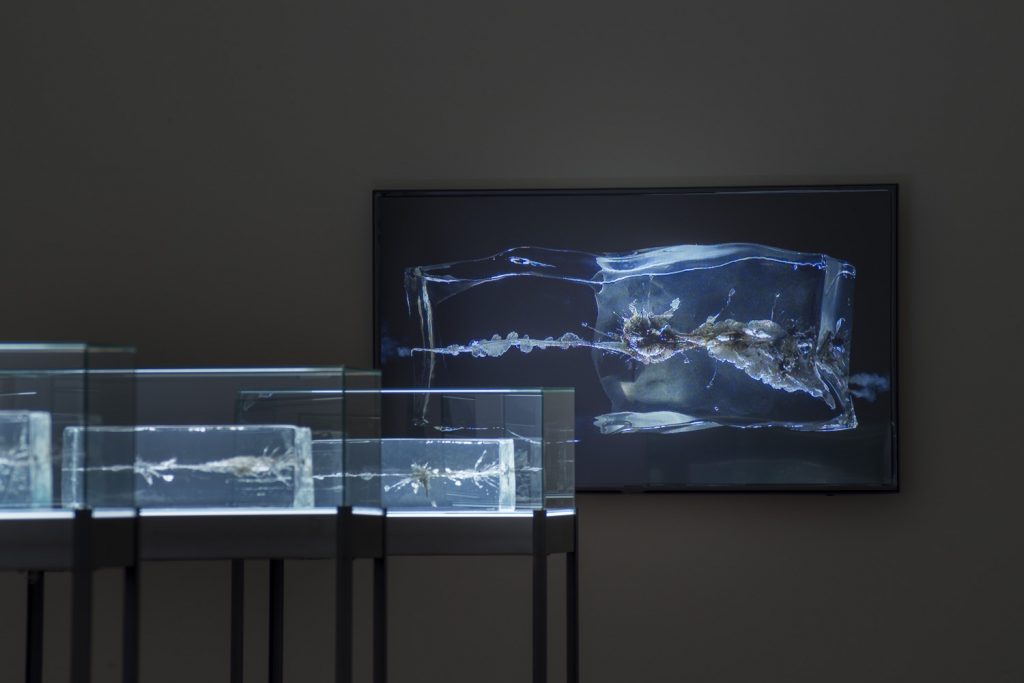 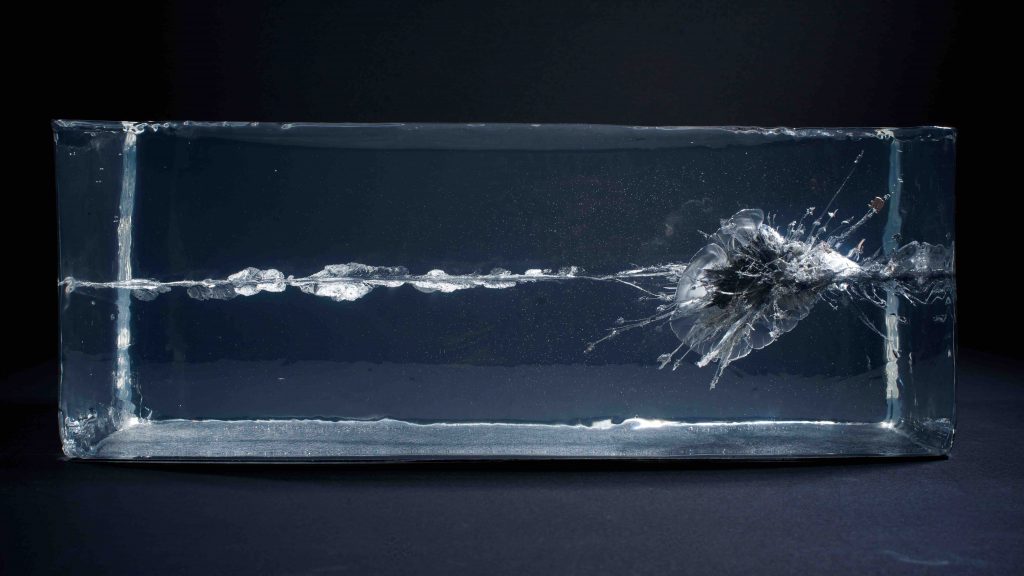 The Propeller Group has produced a film, The Living Need Light, the Dead Need Music, that explores the funerary elements of the South Vietnamese and of New Orleans. They also have a video called The Guerillas of Cu Chi, in which cameras are placed at targets in a shooting range where tourists shoot guns used in the Vietnam war. The video explores what it’s like to be a guerilla or a U.S. soldier.

One anecdote that illustrates the heart of the project occurred when the group was touring the Cu Chi Tunnels near Saigon, used by the Viet Cong (allies of North Vietnam) during the war. During the tour, a British man asked the guide why they lost the war to the United States. The tour guide responded that they didn’t lose the war. It was an interesting, illuminating moment for the group, as it spoke to the idea of nation-branding and propaganda that happens in an empire. “To fight off a colonial power like the United States is something to be very proud of,” said Lucero. “I think it’s an incredible achievement. For the tour guide to say bluntly, ‘No, we didn’t lose’—I just take that as a part of Vietnamese pride.” 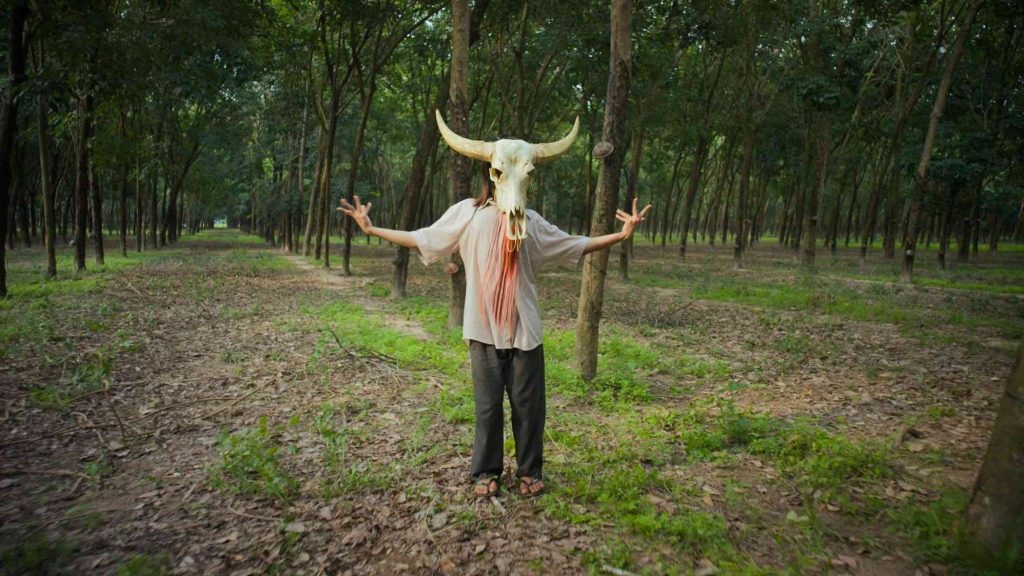 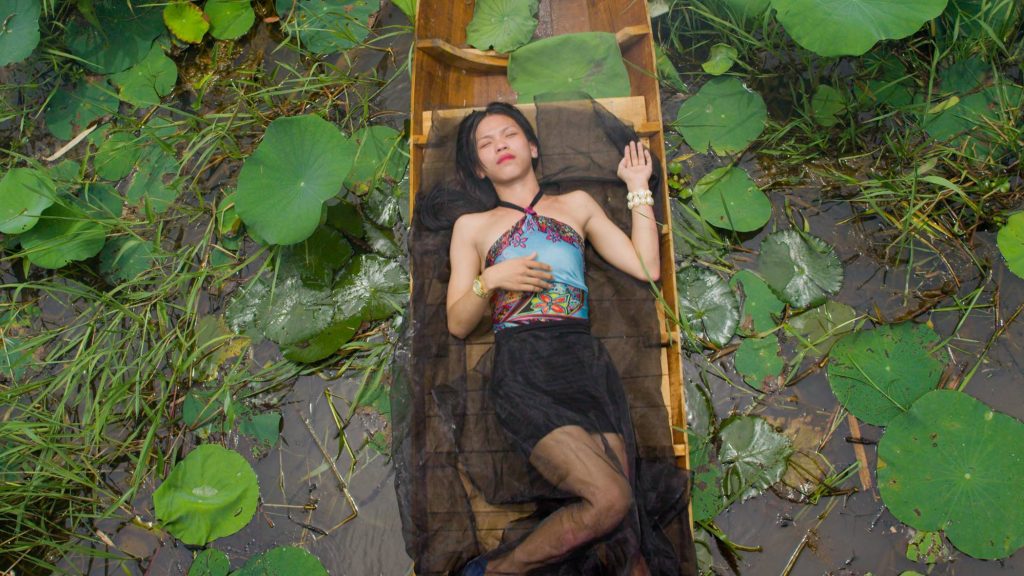 “The young British or Australian tourist had no concept of the history he was immersing himself in,” said Nguyen. “How is it possible that someone raised in this time period not understand the ramifications of these relationships? In his mind, the tourist’s mind, he thinks that Americans win every war. I think the tour guide probably laughed it off. People often forget that it was a civil war. North Vietnam was being backed by the Russians and Chinese. South Vietnam was being backed by the United States. The ideologies and motivations became violently apparent. Vietnam felt the brunt of that Cold War.”

In many ways, then, TPG looks to infiltrate this space of nation-branding and create confusion or mythologize that space. As Nguyen says, “Those that can create meaning after prolonged moments of confusion become prophets. Those that can’t become artists.” And maybe, in some ways, TPG is doing a bit of both: prophecy and artistry. 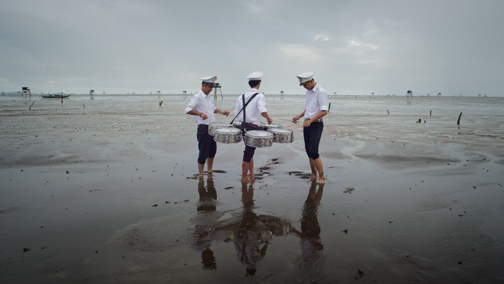