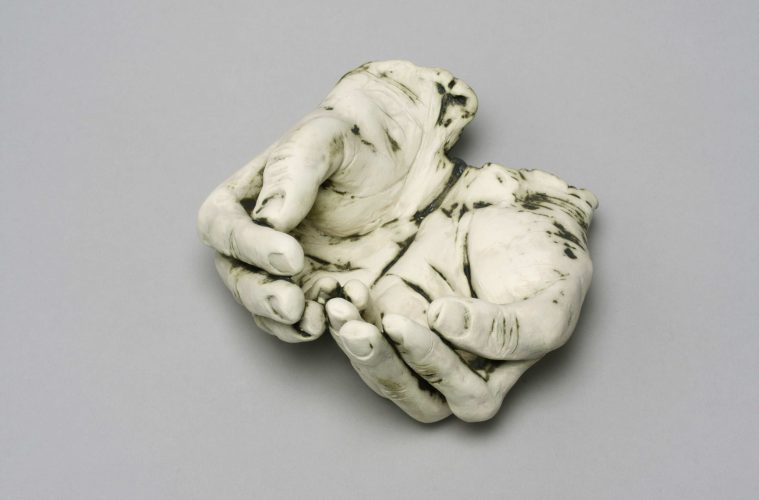 Constance McBride: A Show of Hands 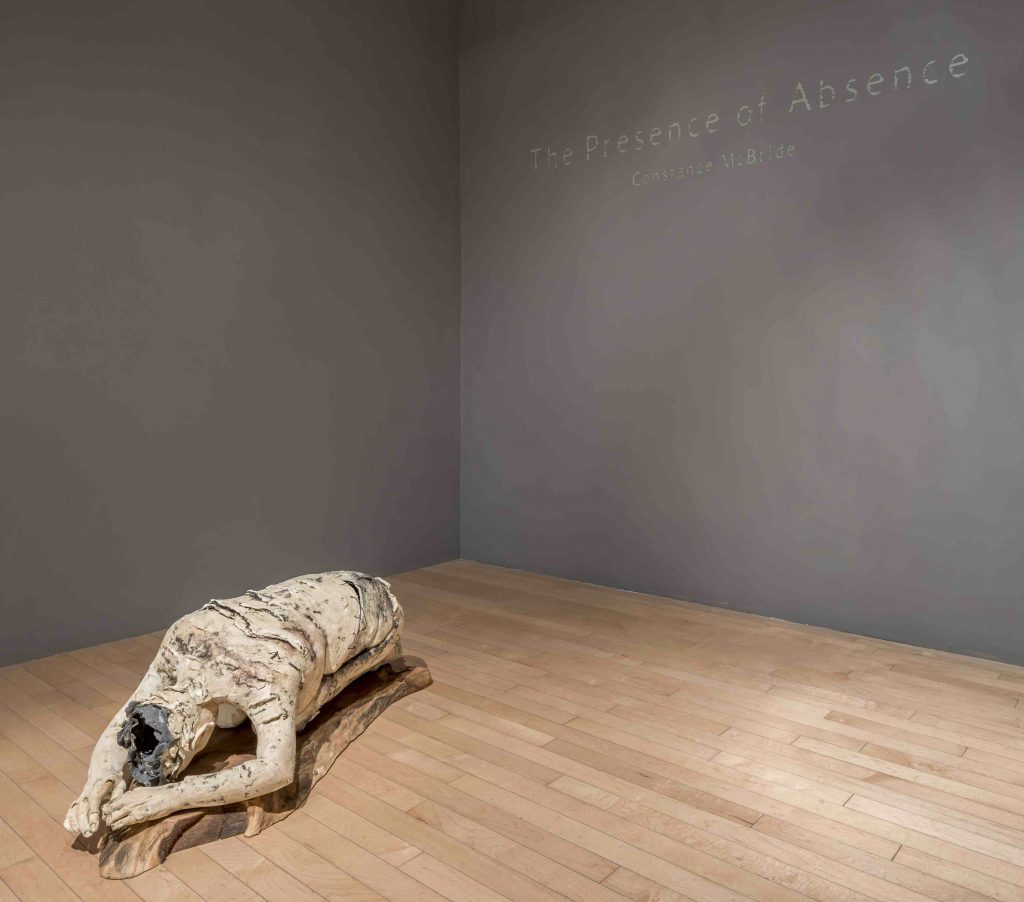 The exhibition A Show of Hands, featuring figurative sculptural work by Constance McBride, opens on December 2. Bokeh Gallery at downtown’s monOrchid will be the month-long home to seven pieces by McBride, each one showing human hands in a different configuration. It’s a fantastic exemplification of the classic adage “a little goes a long way,” as this small body of work is all you need to understand the artist’s mastery of her medium.

Stepping beyond that evident elevated skill level, the show is an intimate and intricate reflection of McBride’s personal and sincere relationship with both her medium and her subject matter. The pure skill these pieces exude makes it easy to assume that McBride’s lifelong history of creating art has involved clay since the beginning, but her discovery of that material came much later. To fulfill her inherent need to create, she first chose a variety of other mediums to express herself, including painting, drawing, hand-painted clothes and mosaics.

McBride, a Philadelphia native, came to Arizona in the early 2000s and in 2006 took some sculpture classes that fueled a new relationship with clay. She started exhibiting figurative sculptures a couple of years later. Since then, her clay works have been shown not only around Arizona but also in numerous prestigious exhibitions, such as the ClayHouston Biennial in Texas, the Clay Studio National in Pennsylvania and the international exhibition “Beyond the Brickyard” at the Archie Bray Foundation for the Ceramic Arts in Helena, Montana.

McBride’s sculptures tell us that her relationship with clay was meant to be. That’s something she knew immediately upon working with the material. “I never had to think twice about it,” she said. “I love touching it. It’s a visceral thing. It’s the earth; it’s part of you. It’s the oldest element a person can work with,” she added. There’s not a part of it that she doesn’t embrace. “It’s tactile and three-dimensional. It forces you to experiment with the processes. You have to battle yourself,” McBride says about why clay is so fascinating. She loves how “limitless” it is. 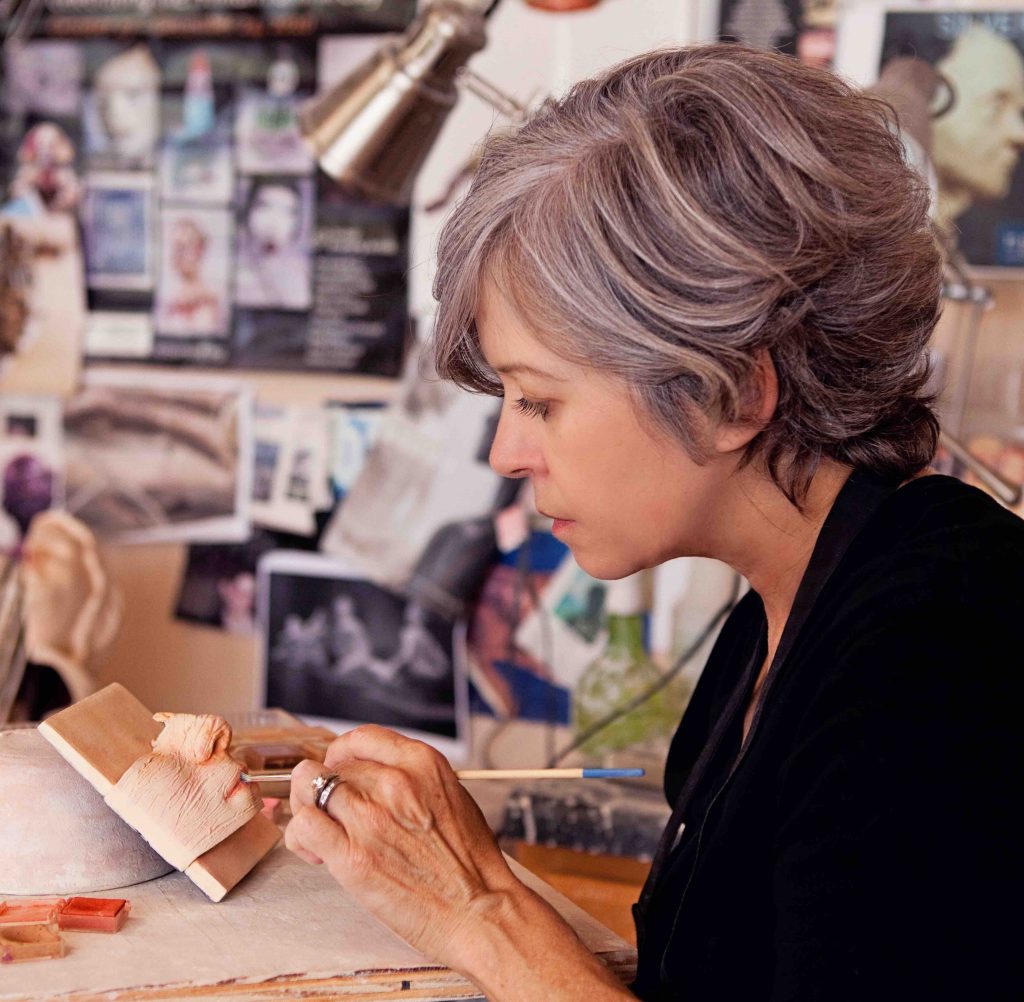 She hand builds her pieces, rolling out the slabs and coils and digging in to make her provocative takes on not only the human body but also the human condition. McBride keeps her surfaces dry. That matte look, combined with her desire to present the realistic weathering that comes from living, results in finished pieces that are haunting and meaningful. By showing the age in these hands, as well as in much of her other work, McBride examines the timeless body issues that women face, as well as how a woman’s age is addressed in our society. Her work is delicate and powerful, just like the nature of most humans, and it encourages us to find those elements of ourselves.

Earlier this year, McBride, along with four other artists, received an Emerging Artist grant from the Phoenix Art Museum’s support group, Contemporary Forum. In addition to the cash award, the artists will have work on display in the museum next year.

A Show of Hands
Through December 26
Bokeh Gallery at monOrchidwww.monorchid.com