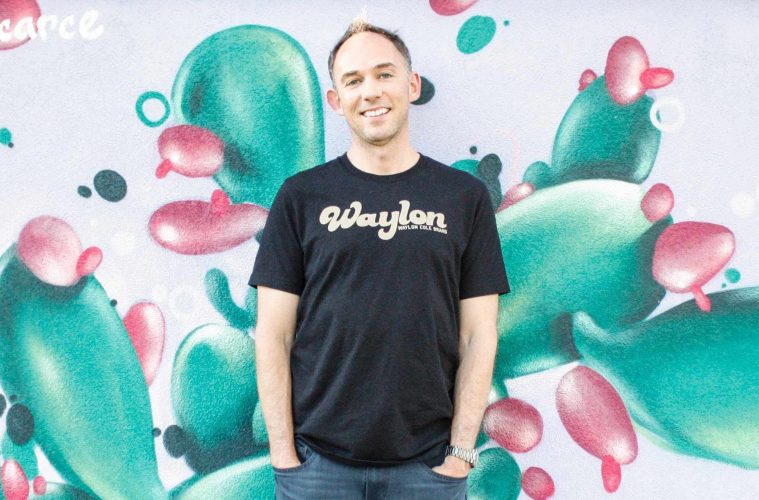 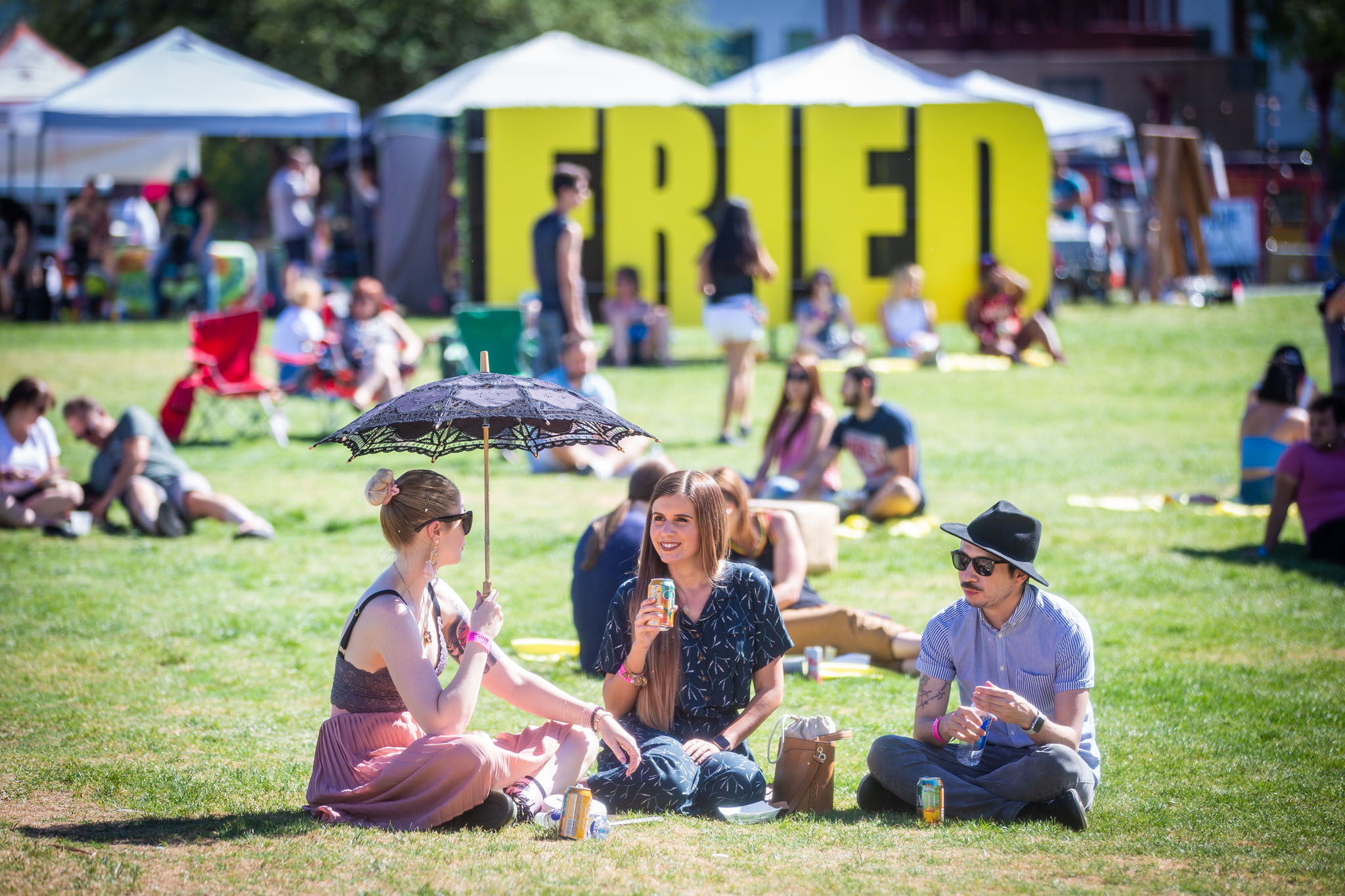 For David Tyda, food festivals are about more than heavenly mashups like pizza fries or churro tacos. When discussing his downtown festivals, Fried: French Fry and Music Festival, Phoenix Donut Festival, or Phoenix Pizza Festival, Tyda closes his eyes and describes a heartbeat emerging from the sounds of the crowd, the music, and even the click of an inspector’s pen. Though he waxes poetic about food carts, love, and art theory, his hunger is guttural, too. Having recently sold his stake in the Arizona Taco Festival after nearly a decade, he confesses to eating tacos as often as three times a day to cope with his withdrawal. For the magazine editor turned Phoenix finger food impresario, the way to a community’s heart is through its stomach.

Born and raised in Chicago, Tyda moved to the Valley to attend Arizona State University in 1994. Initially, he wasn’t sure what he wanted to do, though in time he gravitated to a recently created interdisciplinary humanities program. He was fascinated by the progression of ideas through history, especially art theory. Predictably, friends of his parents were incredulous about such impractical pursuits, always quick to ask what kind of job he could land with such a degree. However, Tyda had the last laugh. “I was the first one of my friends with a job out of college,” Tyda recalled with obvious relish.

Tyda had gotten that job by answering an ad in the State Press for an internship with Ritz-Carlton Magazine, which was custom-published in Phoenix at that time. He took quickly to the magazine business, finding his wide-ranging studies in college prepared him well to cover beats as diverse as real estate, politics, art, music, fashion, and, of course, food. By 23, he was directing fashion shoots, conducting interviews, writing articles, and designing layouts. Not afraid to learn on the job or put in long hours, he quickly rose through the ranks until opportunity – and Sin City – came knocking. 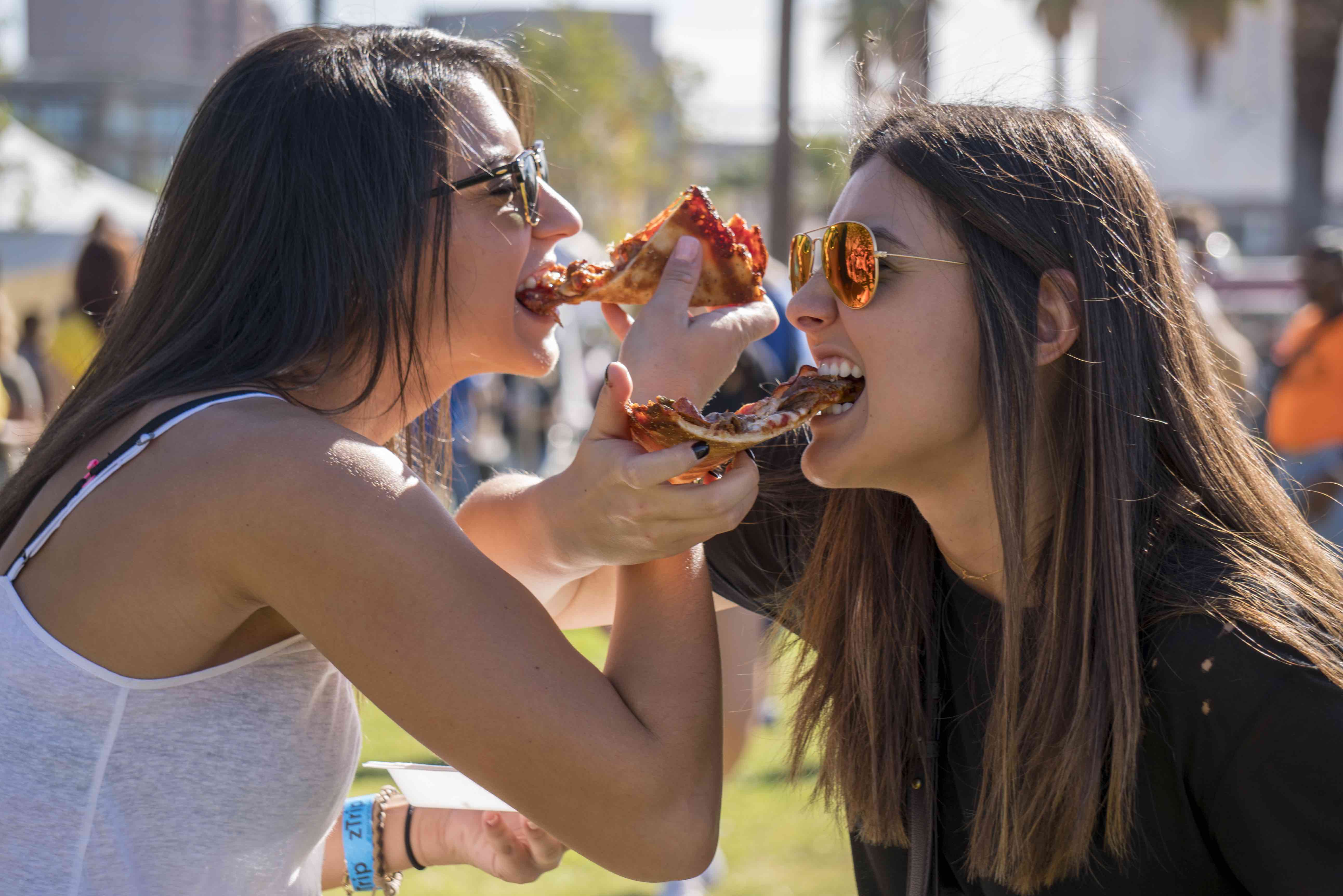 In 2000, Tyda became the editor-in-chief for Las Vegas Magazine, a publication struggling to maintain readership and profitability. Tyda poured himself into rebuilding the publication in a dizzying whir of activity. Though constantly on deadline due to the small staff, there were also perks. At the time, nightclubs were expanding rapidly into Las Vegas, entering into casinos that had formerly been the province of gambling and shows almost exclusively. As editor, he got invites and comped tickets with ease, and hobnobbed with celebrities at exclusive parties. “I do remember it was always fascinating to me that Robin Leach would remember my name whenever I ran into him,” Tyda said of his encounters with the host of a popular show whose intimate portraits of the rich and famous anticipated the rise of social media influencers. “I felt like I had a key to the city.”

A victim of his own success, the magazine ended up selling to Greenspun Media Group, a company that owned daily and weekly papers, plus a slew of magazines, in Las Vegas – leaving Tyda jobless. However, his former boss had been impressed by the young man’s four-year tenure and offered Tyda a position as editor of Desert Living Magazine, if he was willing to return to the Valley. Tyda accepted, coming back to Arizona in 2004. He instantly gelled with the magazine’s staff and enjoyed the publication’s focus on modern architecture and design. He helmed Desert Living for six years, as the economic downturn felled the magazine’s advertisers one by one. The publication finally gave up the ghost in 2009. 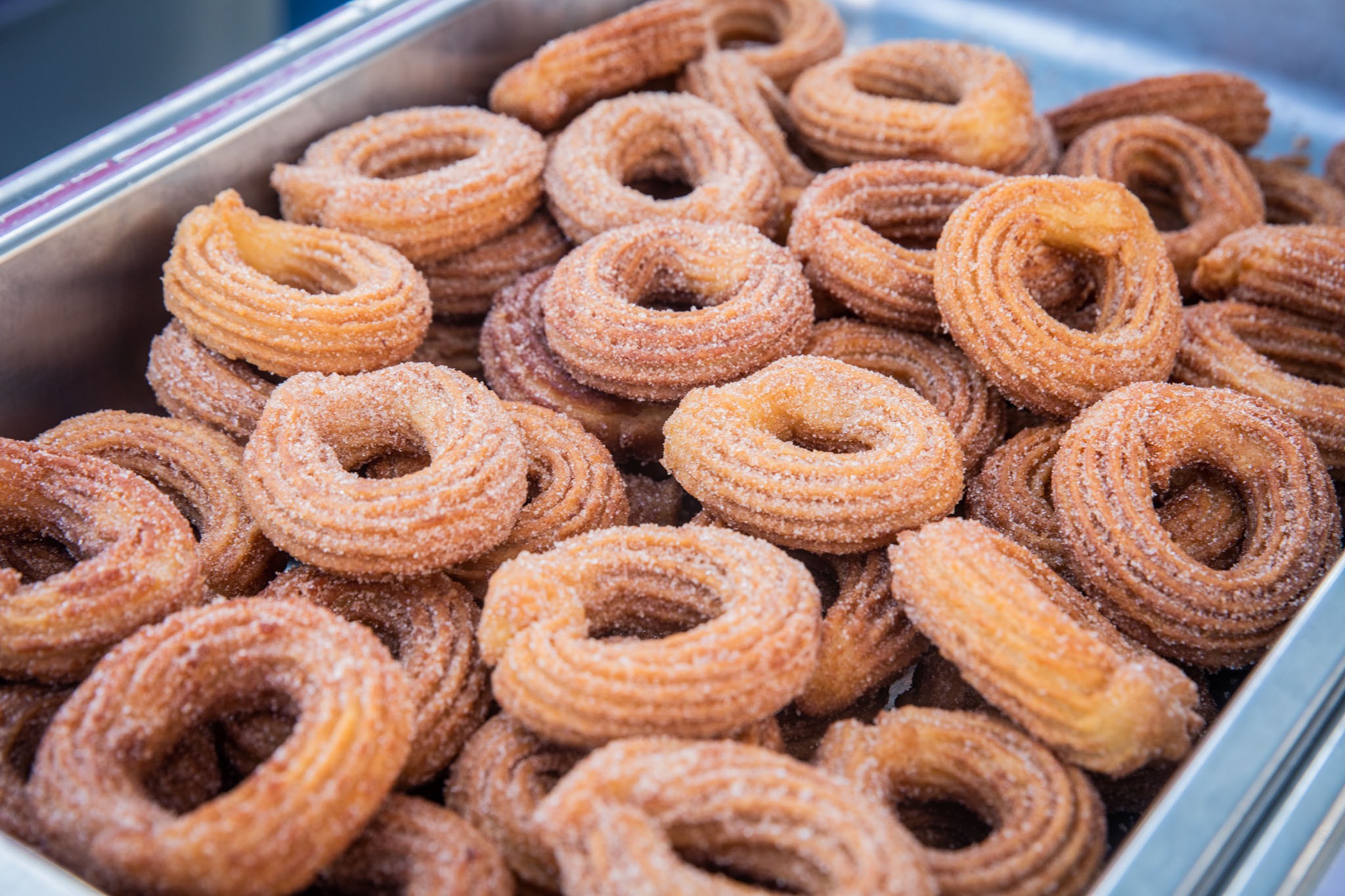 After that, Tyda used his near decade of experience in media to start EaterAZ, a food blog, with a friend. Though ultimately the blog didn’t generate enough profit for both partners to pay the bills, it did help lead Tyda toward his future as a food festival founder and organizer. While working on a story for the website, Tyda met and befriended a locally based competitive barbeque team. He learned how the group traveled to competitions across the country to compete and win real money. The team suggested Tyda set up such a competition in the Valley, given his connections with restaurateurs and his promotional experience. “Back then, most of the food festivals were a higher ticket price and very exclusive events. You had to get dressed up,” Tyda said. “We wanted something affordable, where you could wear sandals, throw on sunblock, and just go with a group of friends.”

Tyda and a partner threw the first Arizona Barbecue Festival in 2010 near the banks of the Arizona Canal in Scottsdale. Though now the site, just across from Olive and Ivy Restaurant, has been developed, then, it was an empty dirt lot without facilities. As when starting in print, Tyda learned on the fly. He recruited food vendors, negotiated permits, obtained insurance, scheduled musicians, and saw to the other necessary details. When the day finally came, attendance far exceeded even the most optimistic projections. In less than 24 hours, a city of 10,000 carnivores rose and fell. Given the success and thrill of the event, Tyda and his partner quickly went about planning the first Arizona Taco Festival (ATF). 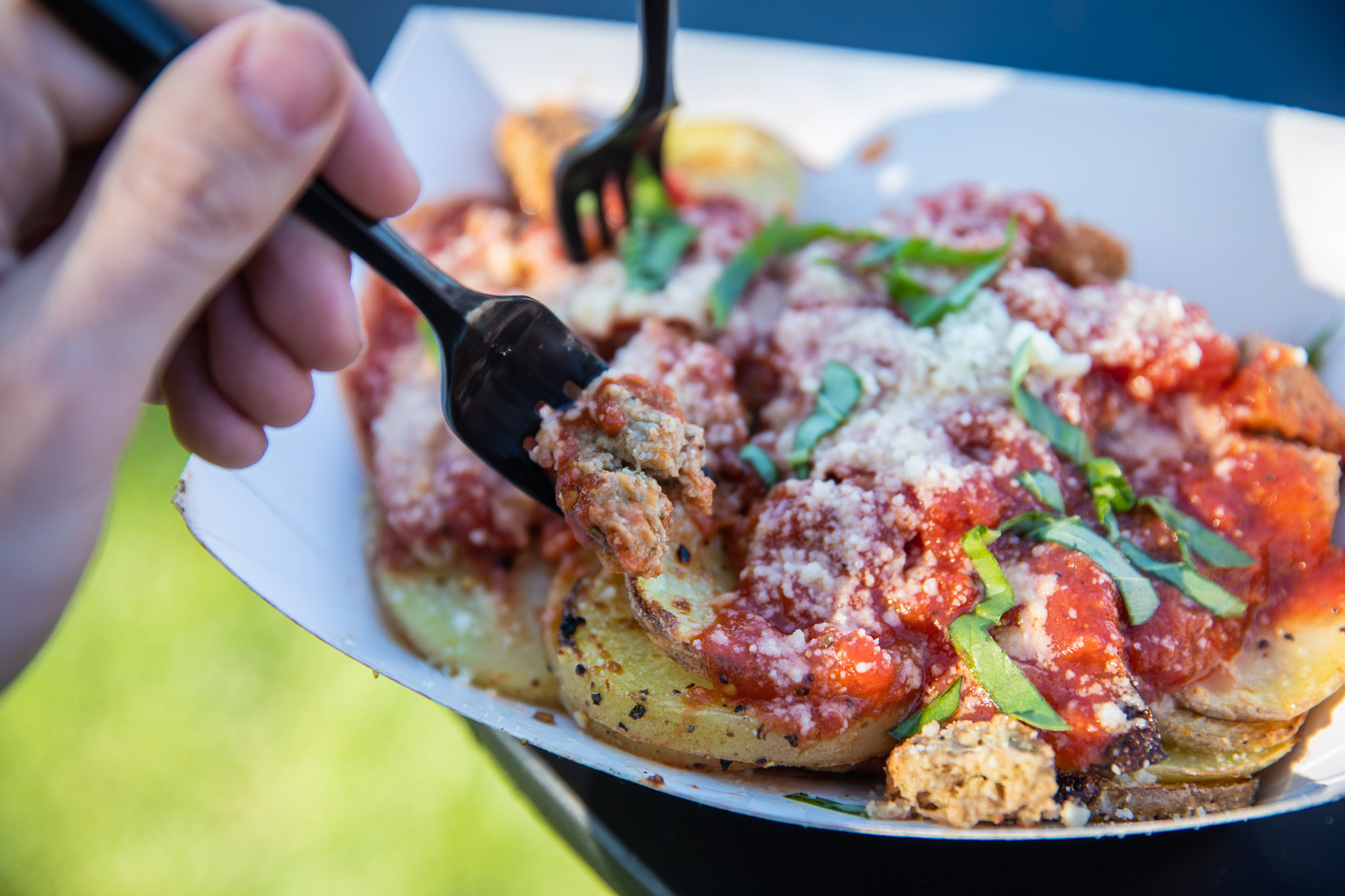 Fast-forwarding six months, ATF also proved a big success, again drawing in excess of 10,000 attendees. Planning for the event brought Tyda into contact with a host of new food truck operators. Though now food carts are as ubiquitous as Starbucks – even becoming the subject for a Jon Favreau film – then, the phenomenon was more novel to the streets of Phoenix. For many vendors, the event was their first festival. Tyda had yet to develop the guidebook and set of equations that he uses today. Despite the challenges, he struck on a model for throwing affordable food festivals that benefited chefs, cities, communities, and attendees’ stomachs. Tyda also discovered he fed off the energy of the events. “I could just hear these throngs of people. There’s a DJ here and a band over there,” Tyda recalled as he paints the scene with sweeping arm motions. “I had this moment where I swear I could hear the heartbeat of the festival.”

Over the years, the festivals migrated from Old Town Scottsdale to Salt River Fields, which was better set up to serve the ever-growing number of attendees and vendors. Five years ago, Tyda threw the first Phoenix Pizza Festival, shifting his focus to events that activated the city’s resurgent urban core. He scheduled it for the Saturday before Thanksgiving, hoping the event would serve as a fitting commencement to a week of gorging. It rapidly hit capacity. “Once you put the words pizza and festival together, people are like, ‘Where do I sign?’” Tyda said with a laugh.

Though the first pizza festival occurred in Heritage Square, Tyda shifted the venue to Margaret T. Hance Park for the second, where it has remained since. Given the park’s location at the nexus of urban bike trails, neighborhoods, and downtown, Tyda partnered with bicycle advocacy nonprofit Phoenix Spokespeople to encourage cycling by offering bike valet parking. He also partnered with Downtown Phoenix Inc., a community development group promoting downtown revitalization, which is the event’s charitable beneficiary. Though the taco festival continued to be successful, and Tyda even helped establish others in states across the US, after his first event in downtown Phoenix, he knew that was where he wanted to be. 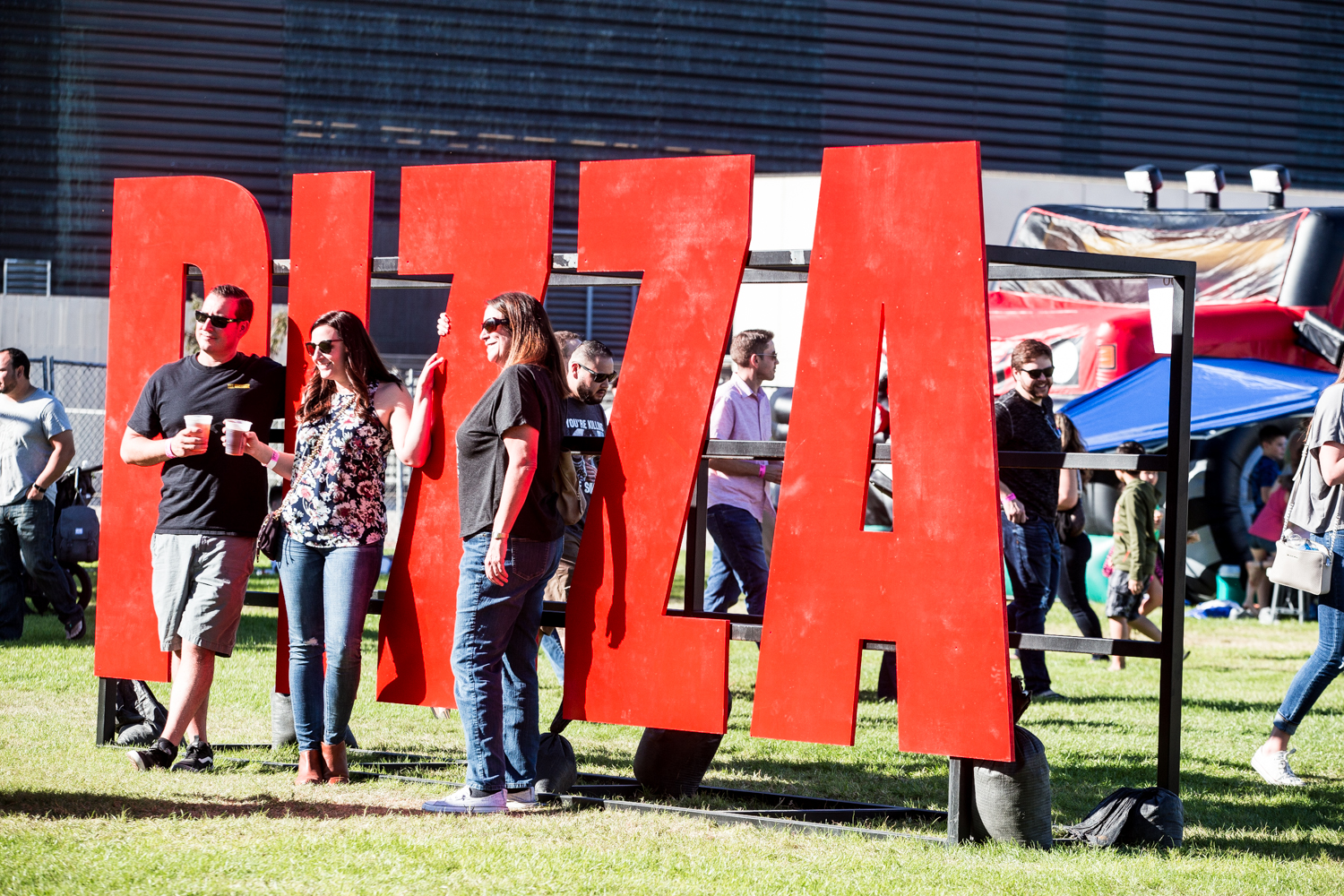 As an interesting side note, in 2018 Tyda partnered with Mario Lopez – famous for portraying “Saved by the Bell” character A.C. Slater – to host an event called Cinco de Mario that didn’t connect quite as well as others, partially due to Tyda’s ambivalence about the concept. “It was a well-executed event. Because not a lot of people were there, it made for a wonderful guest experience,” Tyda said with a shrug. “Cinco de Mario was kind of a dark period.”

However, the event did have the positive outcome of cementing Tyda’s decision to focus on projects grounded within the local community. Lisa Duffield, the “logistics queen” of Taco Fest, continued to partner with Tyda on his downtown events. He recalled they developed the initial concept for Fried: French Fry and Music Festival upon realizing that April 20, 2019, was a Saturday. April 20 – aka 420 – has special significance in the cannabis community, so they discussed what was the ultimate munchy. After considerable debate, they decided on french fries. Tyda invited restaurants to participate that weren’t necessarily known for fries. He encouraged them to experiment, with festival goers getting to try everything from several varieties of Canadian-staple poutine to more unique dishes such as pizza fries, clam chowder fries, and apple pie fries, to name a few. 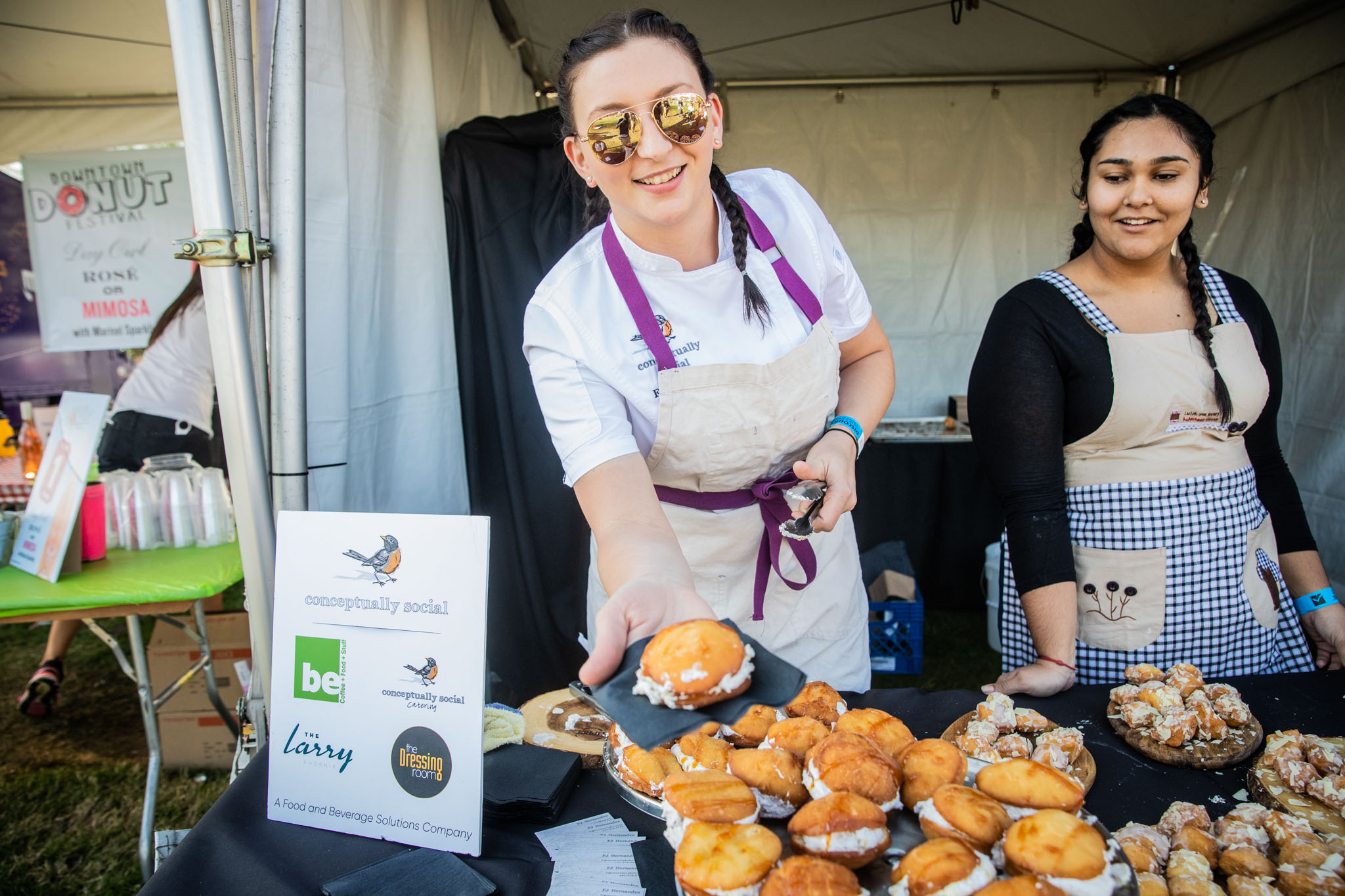 With future projects in the works, Tyda is excited to continue to bring people together in downtown Phoenix. For him, the connections forged at his events are the real reward. Perhaps his strongest example was the story of a couple whose first date took place at the first or second Taco Fest. When the man was preparing to propose, he reached out to Tyda for help. Tyda talked to Don Jose Mexican Grill, who arranged a heart-shaped taco platter with a ring in the middle. Tyda had the man’s partner called to the podium under the pretext of winning a contest.

“How many of those synergistic moments lead to something like that proposal up on stage? I just dig that about festivals, these atoms colliding and then creating other things,” Tyda explained. “It’s ephemeral. I dig that part of it, that you can create something out of thin air – these memories for people – and then it’s gone.” 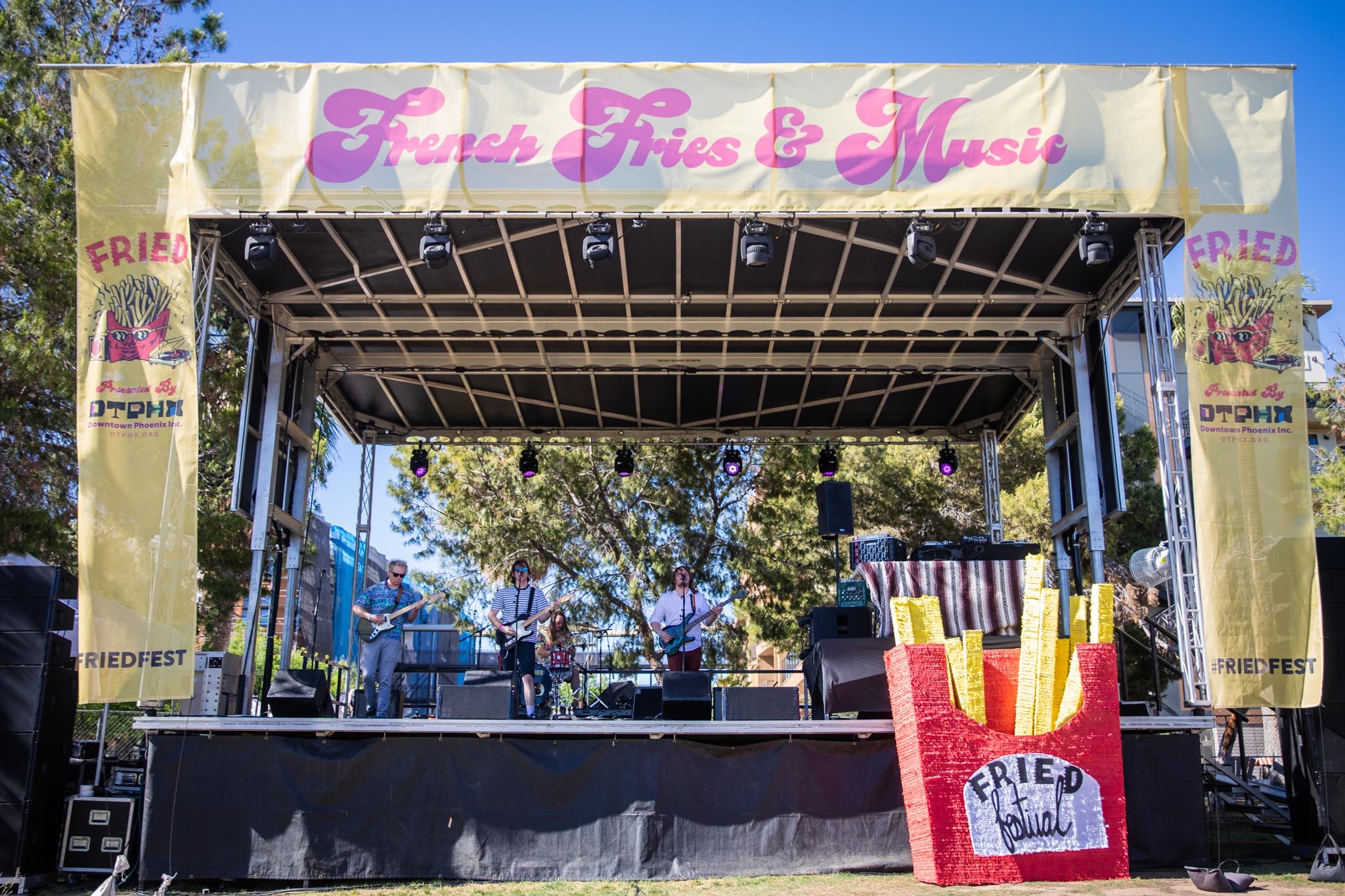