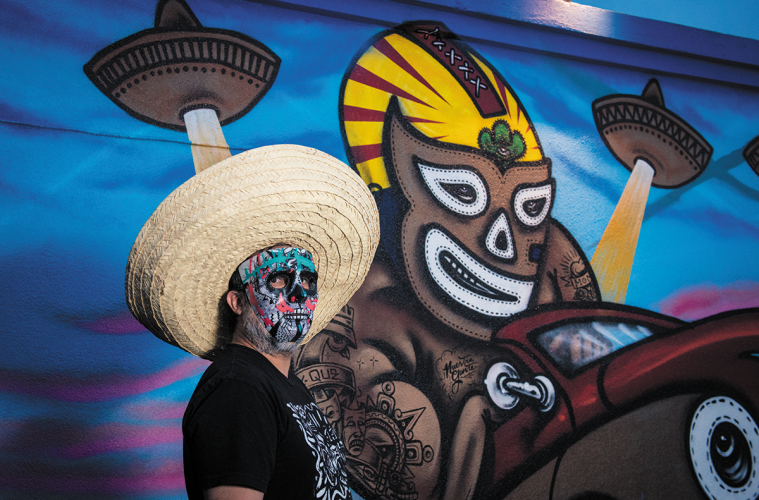 Not too long ago, many viewed street art in a negative way—perhaps, in a gang-related type of way. But what we now have throughout the Valley has realistically beautified buildings that often had been nothing more than forgotten structures. I’m not sure what could be worse than staring at a taupe or tan-colored wall on your commute or during your exploration of the city—but I’m glad things have gone this way. 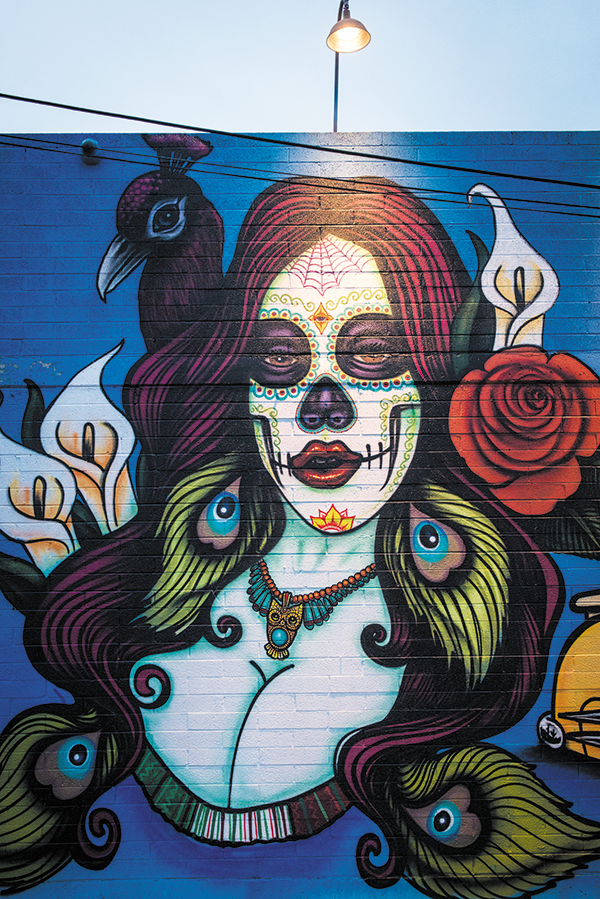 Many, including some of our politicians, agree that this is a step in the right direction. In fact, the art form and the projects that have come along have become increasingly accepted by the masses in the Valley. It’s obvious that the murals have provoked locals and visitors to explore, in turn stimulating local business, which is yet another way to create a point of destination and encourage walkability—a concept that is finally becoming more of a reality.

For most locals, transportation and public services have made up a lot of ground over the past decade. A lot of good moves, but perhaps there have been some poor decisions regarding how we should create artistic attractions and what assets are granted to particular artists. 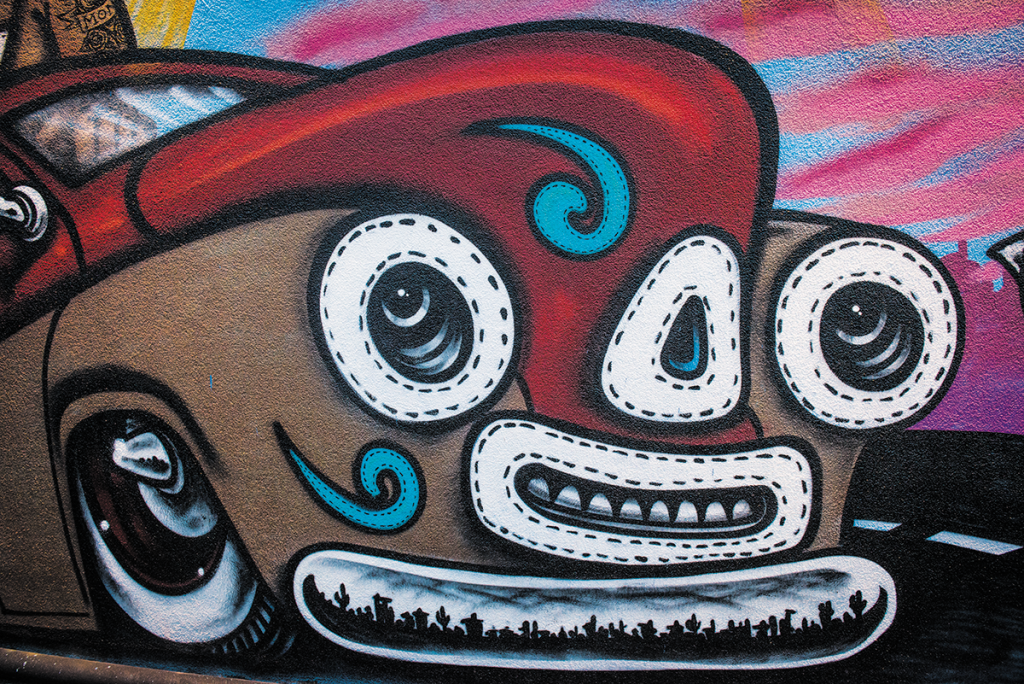 Last year I sat in on some panels at the AIA downtown. Walkability was the main topic, and there were ideas from all sorts of professionals. However, most of these solutions required a lot of capital and engineering. Working with what is already present is not only a more economical route, but also ecological. It also allows creation to occur more quickly. 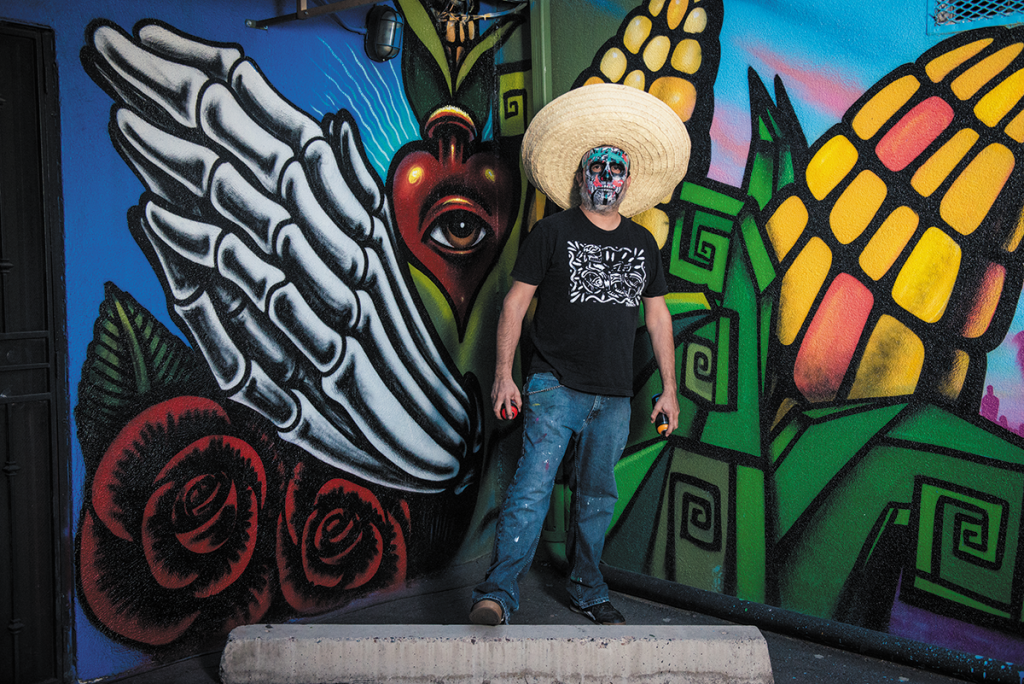 Someone true to his game since day one of the Phoenix street art scene, Lalo Cota has been creating what he likes, primarily where he chooses, for 20+ years. Cota moved here from Sinaloa, Mexico, at the age of eight and is mainly inspired by Chicano folklore and lowrider culture. The folklore that inspires his work is about teaching lessons in a darker way to scare children into doing the right things in life. Most of his works, however, do not present an alarming amount of horrific scenery; they are more on the playful end of things. Expect a vast array of bright colors, bomb lowriders, Arizona skylines, desert plant life and Dias de los Muertos skulls. Also, there are the occasional stabs at your not-too-friendly state politicians, clever and always fun to look at.

I interviewed Lalo Cota as he was starting his newest piece on 5th Street, a location where some of our current top muralists, including Cota, Pablo Luna, Angel Diaz, Breeze, and JB Snyder, made their start.

The piece that I’m working on now is a common image from Mexican folklore: La Llorona, the weeping woman, who is actually quite dark and horrific in her history. Most every culture has folklore or tales, and this is one that my mother and grandmother told me specifically to prevent me from going out at night—a scary story to keep kids off the streets and out of trouble. I guess you could say it worked because I resorted to painting instead of being up to no good. 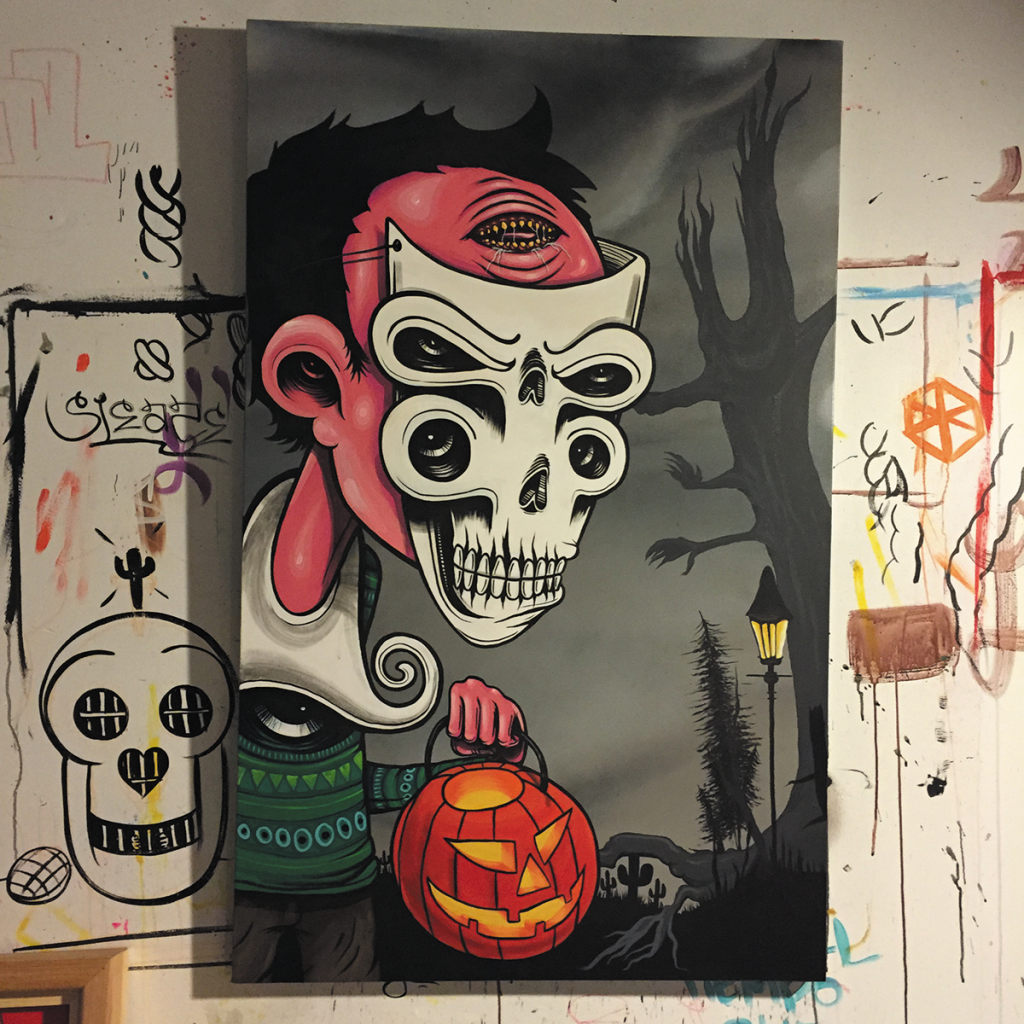 Is there a meaning intended for each piece? If so, how can viewers interpret it if they are unaware of the background?

I don’t like to predefine what a piece might mean for someone. Every piece is individual, and I don’t often title my work for that reason. Since so much of my work is public, there is often something that I like to keep for myself. Plus it’s more entertaining, to see how people read into it and interpret how it relates to them. When sending a specific message, I may assign a title, but it’s usually open for interpretation. It’s interesting for me to hear how pieces relate to or move people.

What type of evolution has taken place in your work?

I have become more technical, more refined. If you were to look at something from 10 years ago, the same image today would be cleaner and the expression I want to capture would be more crisp. It’s something I’ve heard a lot lately as well—about the cleanliness of my work—so I know it’s showing too. One technique that I’ve changed is using less bold outlines, which creates less of a tattoo or cartoon style. The images become more realistic in how alive they look and a lot of that comes with using a lot more shadowing and more color hues for blending. For me, it’s really worth it in the end. 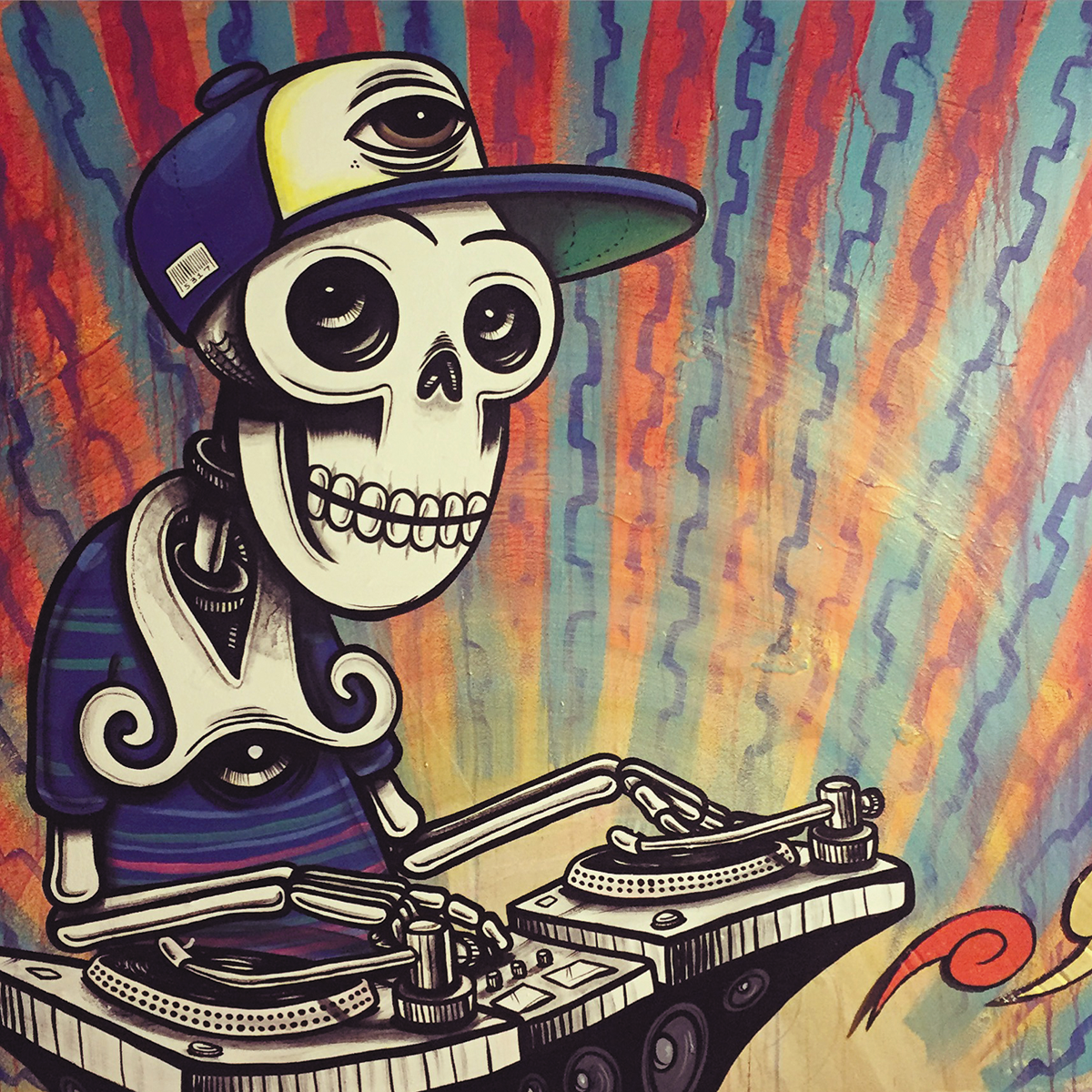 What keeps you inspired to make art?

Art has taken me on its own path of success. If you follow your instincts and do what you love with passion, then only you are able to set your limitations. It’s great for me to not need a steady 9-to-5 job, and that’s been the case since June of 2000. I’ve lived a better life since—less stress and more money, honestly.

What’s the most notable thing to happen while you were painting?

It doesn’t happen too much anymore, but cops used to mess with me a lot. I’ve mentioned this before, but random people come up and appreciate what you do. There is one instance that felt especially sincere. I was painting Tacos De Juarez off 7th Street and I noticed somebody from across the street watching me paint. I painted for a few hours and the guy watching me asked if I wanted anything from Circle K or any money, which he pulled out from his jacket. It was very apparent this guy was homeless, but he just wanted to let me know he enjoyed watching me paint—and he stays in the neighborhood. Because of his situation and what little he had to offer, it really made me appreciate the sincerity of the offering and compliment. If I ever felt someone was genuine with me, this would be the moment.

What do you imagine being next?

Next for me for would be to get some traveling done that I have been planning. For the past 20 years, Phoenix has been my main focus for art and creation. I’m very interested in touring my hometown of Sinaloa, Mexico. I left when I was eight and, truthfully, I have not been back since. There was a recent instance where my brother recognized an art piece of mine tattooed on a woman who happened to be from Sinaloa. It reminded me in a way, why I need to go pay my respects and possibly gain some new perspective.