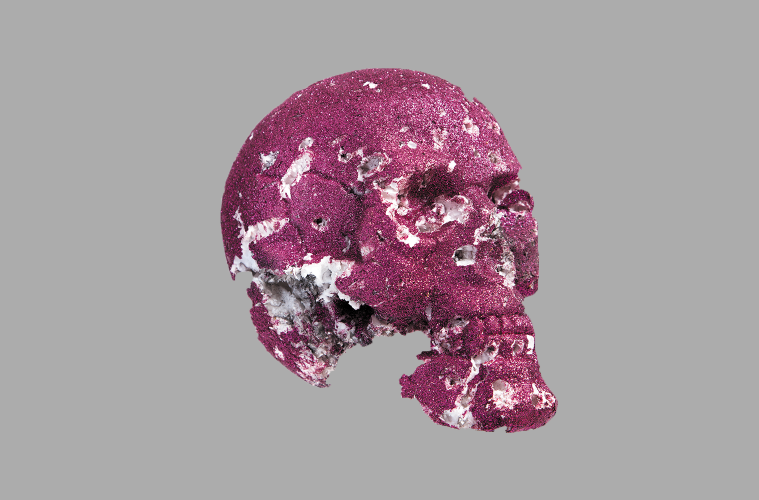 It has been the better part of a decade since Modified Arts hosted an exhibition of William LeGoullon’s artwork. Those seven years don’t reflect the artist having downtime. In fact, he has been busy showing his photography nationally in places like Los Angeles and Philadelphia, and internationally in spots like Belgrade, Serbia.

LeGoullon’s work is investigative in nature. For instance, the last exhibition he had at Modified, Dust, offered a look at hidden and less-traveled areas in central Arizona, highlighting their history, evolution and inherent, accompanying ruin and decay.

From across the room, the work looks colorful and cheery, but as you get closer and begin to perceive the content, you realize how dark they are.

This current show, (Un)Intended Targets, shines a light on found objects that have been left behind, often on National Forest land, after being used for legal and illegal target practice. Much like anything that commands further investigation, this exhibition is instantly intriguing. Your eyes travel, trying to determine the best place to begin a more up-close journey. As you move in, even if you’re aware of the show’s purpose, there’s a bit of cognitive dissonance still present, as the colors imply a more joyous overtone.

“Skull,” an archival pigment print, for instance, with its purple-y glitter façade, is reminiscent of Damien Hirst’s diamond-bedazzled skull from 2007, its bling-y nature easily causing that reference. Hirst’s skull definitely forces a look at wealth culture and societal values. As you reach the intimate viewing arena for LeGoullon’s piece and see the tiny bullet holes that surround the cracks in the glitter, its own set of the issues become apparent, and those initial feelings of jubilance are effortlessly washed away.

The impact of “Untitled (Mannequin Head)” might be obvious, but nonetheless it is intense. It certainly should provoke a response, or at least some thought. Sure, people have been using the human form for target practice for plenty of years. For some viewers, this piece magnifies that impact, as they gaze at a decimated replicate of the human head riddled with bullet holes. For others, the prevalence of fake body parts being used as recipients for gunfire may desensitize the whole experience. In either case, it serves as an impetus for pondering the complexities of firearms, especially their use in sporting contexts. 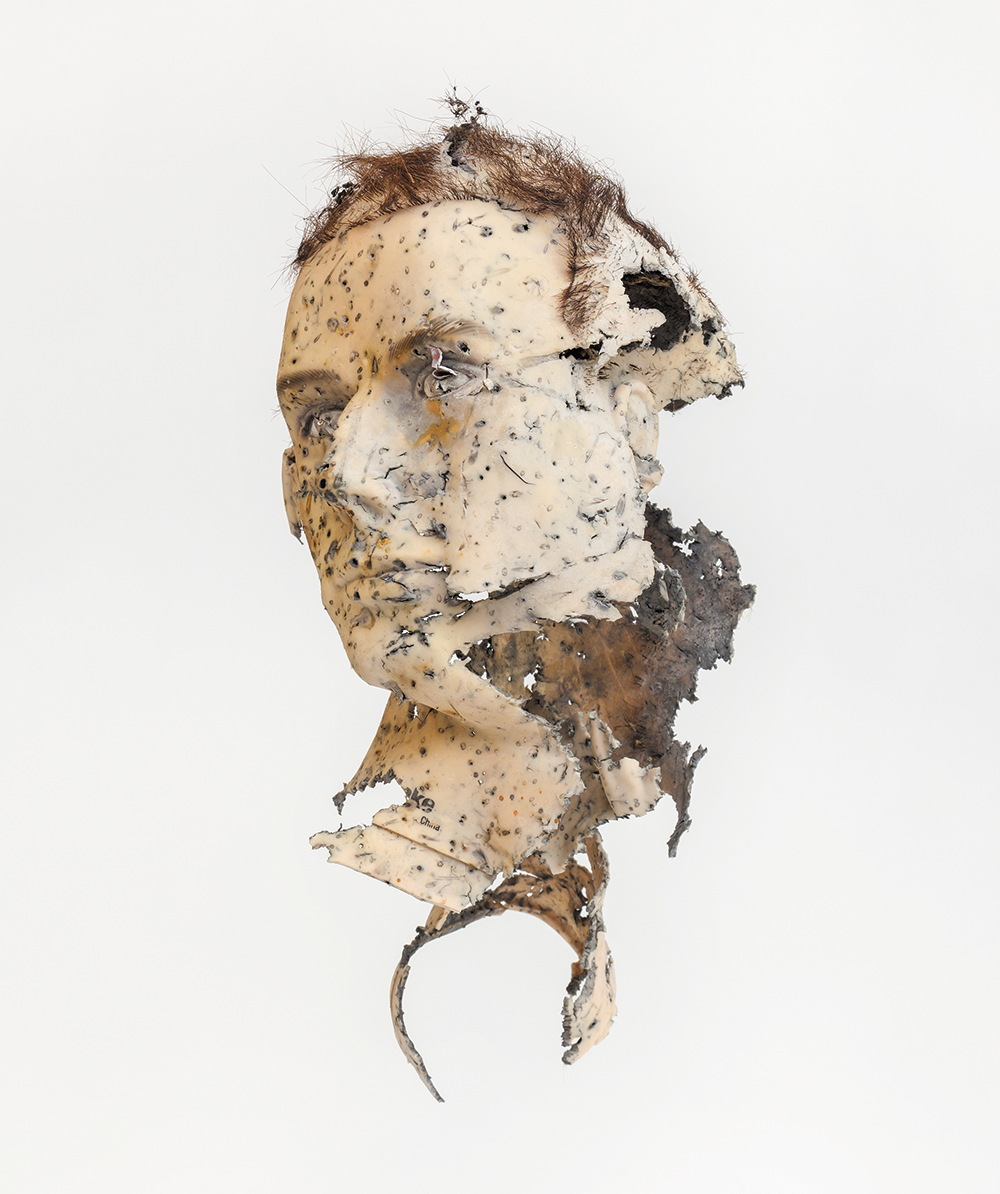 Also of extreme importance in this show’s profound expanse is how these left-behind objects exemplify these sport-shooters’ disregard of the environment. You can’t help but wonder if littering the landscape with these items is an extension of the more destructive aspect of the sport, or if the quiet spans of these less-inhabited desert areas carry little value for those who freely disrespect them—and if so, why? Seeing LeGoullon’s photographs, such as the images of both a petroglyph and a prickly pear cactus filled with holes from being blasted, drives home the apparent apathy of some individuals toward the natural world.

A look at hidden and less-traveled areas in central Arizona, highlighting their history, evolution and inherent, accompanying ruin and decay.

Modified’s director, Kimber Lanning, appreciates the depth in LeGoullon’s work, along with the value of the exhibit’s message. “What’s amazing to me,” she says, “is that from across the room, the work looks colorful and cheery, but as you get closer and begin to perceive the content, you realize how dark they are.” She continues, “These works document the careless destruction of the desert, elicit a really gloomy feeling and remind me how far we still need to go to educate people about respecting the environment.”

(Un)Intended Targets is a part of PhotoTapas, an event that celebrates photography in Arizona throughout the month of February.