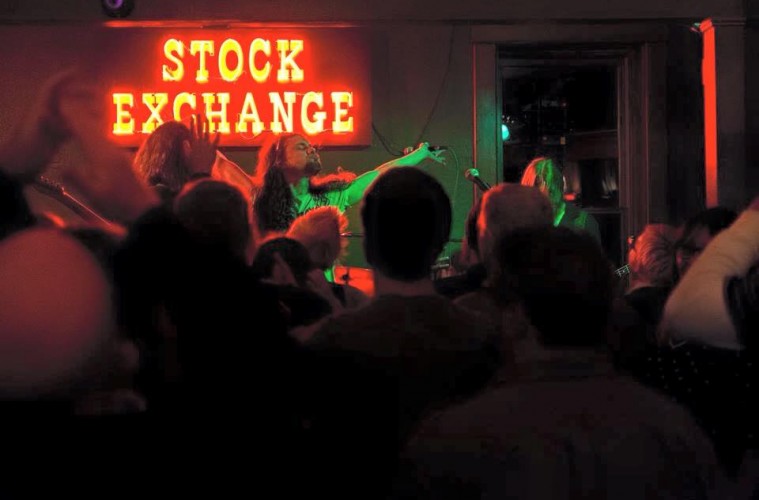 After two full-length, high-concept albums, Japhy’s Descent kicks out Senseless, a five-track EP that gets back to basics with some pure rock ’n’ roll. It’s refreshing to hear Japhy’s so unencumbered. Travis, Martin, Brian and James seem to be more invigorated than ever before, and that energy never lets up through the entire thing. Travis delivers some of his finest vocals, Martin provides great guitar licks, Brian lays down some megalithic basslines and James pounds the hell out of the skins. This is also the best-recorded representation of Japhy’s exciting live show.

Senseless is a five-track EP that gets back to basics with some pure rock ’n’ roll.

“Bite Your Lip” is the obvious single to get things going, and it’s sexy as hell. “The Transient” follows and is nearly hypnotic in its mystical guitar groove. Meanwhile, you might think that Japhy’s is going to slow down for a ballad at the beginning of “See It Out.” While Travis’ vocals are totally soulful, the song launches into another realm after the first two minutes when Martin’s guitar makes it soar. A stunning groove kicks off “Lite Touch,” and it’s easily one of my favorites for James’ drumming alone, but again Brian’s bass and the guitar delivery just make it perfect.

Senseless finishes with the epic-length “Pool Shark,” which is supremely psychedelic, and once again Martin’s guitar is simply to die for. Whether it’s his rock groove or his Pink Floyd homage, this song is a fantastic journey and worth every second of the near nine minutes it takes to complete. Senseless is one Japhy’s Descent’s finest moments yet.