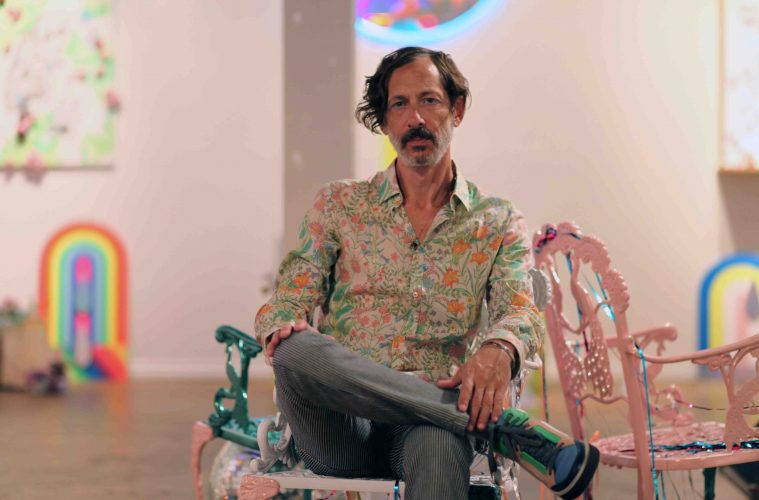 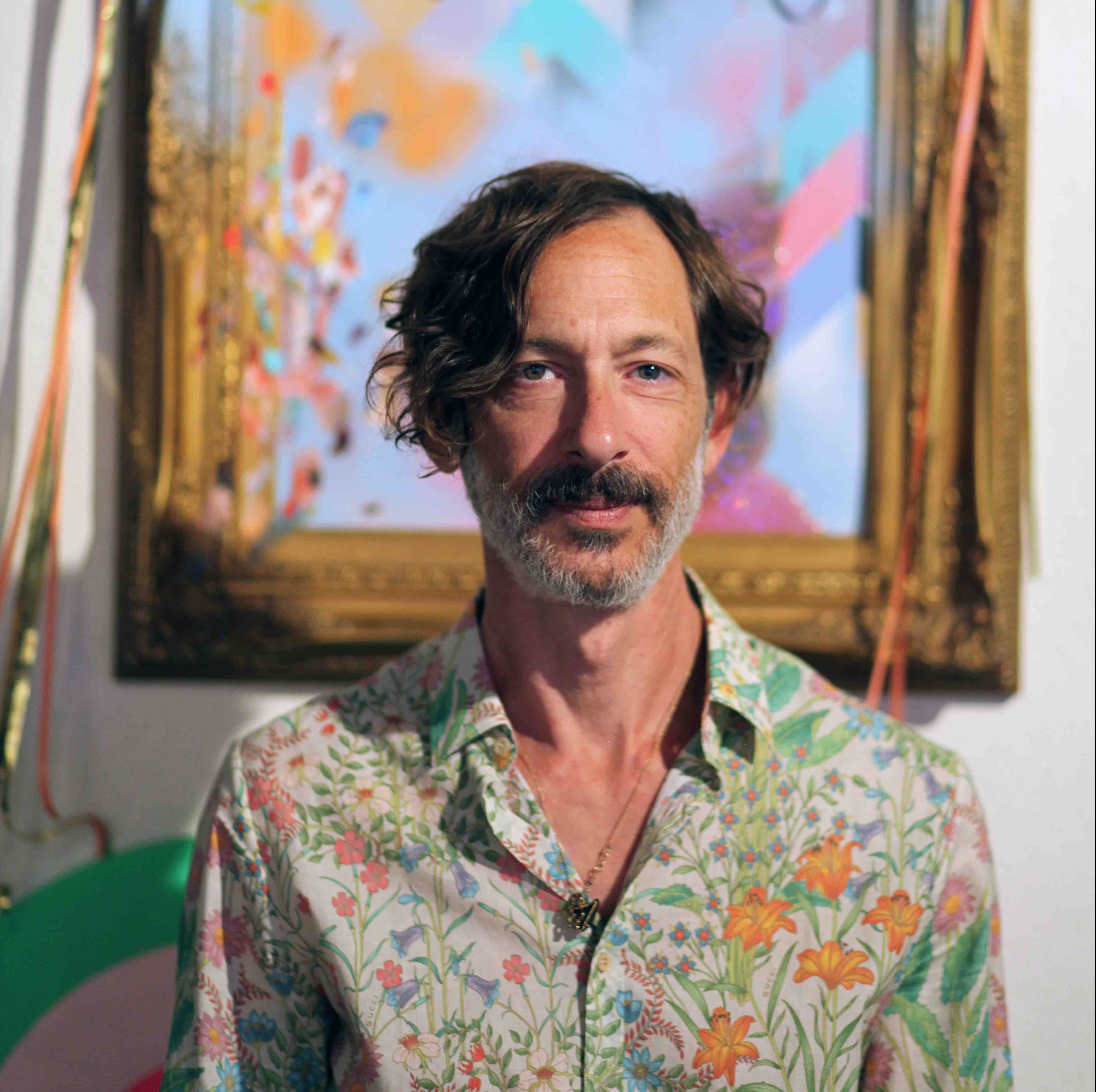 Phoenix Mayor Greg Stanton is speaking to the crowd. He thanks Mark Freedman and Francesca Miller, Freedman’s wife, for hosting this event at their home to raise money for his upcoming run for Congress. Off to the side, Freedman shyly smiles and tries to deflect attention. After the speech ends, he graciously gives me a tour of the house and his studio.

The architecture is beautiful, complete with high ceilings and an open concept space. The walls are impeccably white, like a gallery, and are filled with edgy contemporary works of art. The party is going exceedingly well. This mix of artists, collectors, business types, and political players seems strange at first, but Freedman sees this kind of collaboration as essential if Phoenix is to reach its potential as a thriving art scene.

Freedman has had an interesting relationship with Arizona. He went to school in Tucson, twice. He garnered success as a visual artist in Phoenix more than a decade ago, and then moved to New York for a decade. Now he’s back, trying to make a life as an artist and more recently as a curator.

Mark Jay Freedman was born in Hollywood, California, and grew up in the San Fernando Valley. Although his parents exposed him to culture at an early age and their trips to the original Getty Museum made an impact on him, he didn’t necessarily gravitate toward art right away. Instead, he attended the University of Arizona and earned a degree in Middle Eastern studies.

Freedman was fascinated with that part of the world and ended up in Haifa, Israel. “I really just wanted to be an academic. I wanted to study and write theory,” he said. “I didn’t study religion. It was all real archaeological and historical-based studies. I was really into that.” He worked at a museum that had both an antiquities collection and a contemporary art gallery. “Somehow in Israel, between reading and working in the museum, traveling, and being just completely on my own, I found the courage and the impulse to do art.” 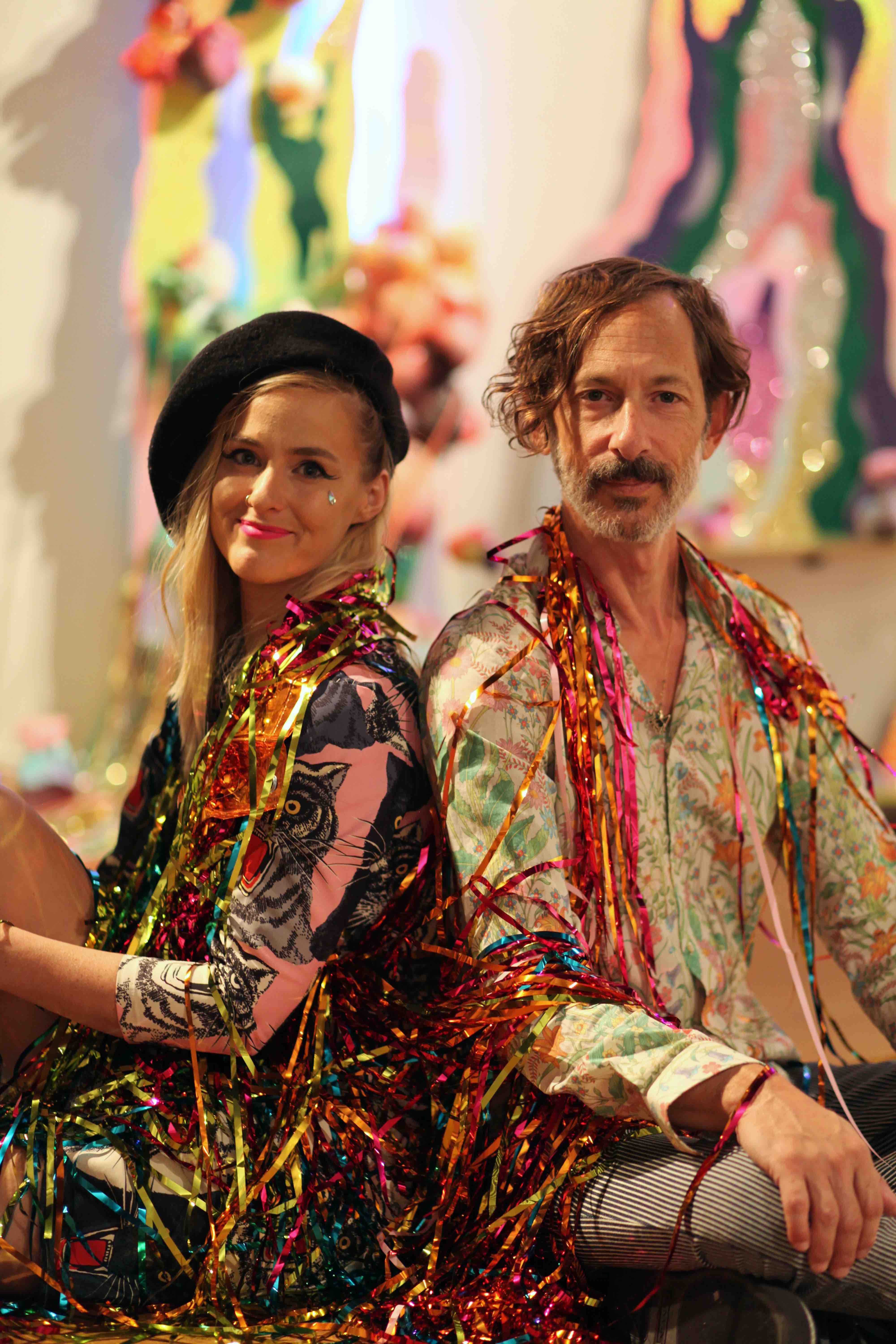 Freedman returned to the States, then eventually back to the University of Arizona to study fine art. “My plan was to go to art school to see if I liked it – if I was even good at anything,” he said. “It was all in my head, and so I needed to put it to the test.” Art school was demanding for him, but his art practice developed enough that he could transfer to the San Francisco Art Institute in the Bay Area. That’s where he found a passion for painting and, more importantly, met Francesca.

After getting married, Freedman entered the graduate program at Hunter College in New York. “It was a theory-based school, so we did a ton of reading and writing,” he said. “At the time, it was really difficult to figure it all out. Even just to understand all the vocabulary and the references – it’s quite vast. It was quite a struggle until towards the end of graduate school, and then it all started to make sense.” The day after his culminating thesis show, Francesca gave birth to their daughter, Hunter.

With an MFA and a new family, Freedman moved to Arizona in 2001. This time around, instead of Tucson, he chose to reside in Scottsdale. Francesca continued to pursue her professional career, and he stayed home and raised their daughter, providing him with the time and flexibility to work on his art. 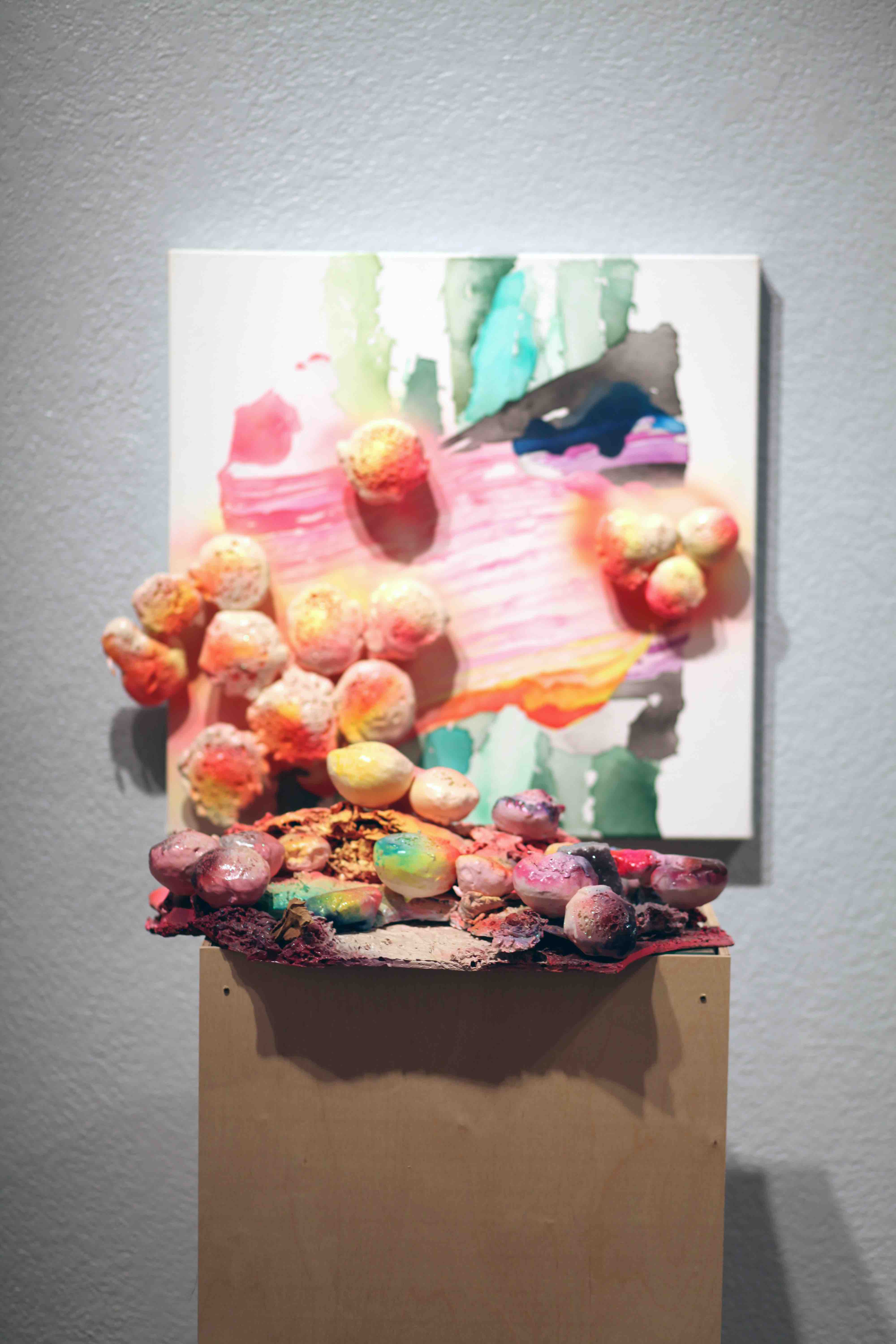 Freedman came into contact with David White, owner of the now defunct New Urban Art Gallery in downtown Phoenix, and presented his portfolio. White took an interest in his work and proposed he do a group show with kindred artists Grant Wiggins and Oliver Hibert. Freedman’s work at the time heavily referenced popular culture, and so did theirs. “We decided to plan a show, and the more we got together, we kind of realized that we all wanted to get to the same place. We had similar aesthetics in a lot of ways, but each kind of occupied a different slice of that pie,” he said.

A week before their show was to open, the New Urban Art Gallery closed. The newly formed collective was not deterred. White talked to his friend Wayne Rainey, who happened to own monOrchid, and the opening was finally realized. The show and the collective were a massive hit. The TRA 25 Capsule, as they were known, had several successful shows in Phoenix and Los Angeles, creating quite a buzz in the Phoenix art scene and even garnering national recognition. They eventually landed a coveted spot in the Fresh Paint exhibition at the Phoenix Art Museum. “It showcased the best of the West in terms of painting and installation work,” Freedman said. “We got a lot of attention.”

This experience gave Freedman a taste of success. But the collective would be unable to stay together. The trio had different goals, as far as art careers, and they eventually grew apart. 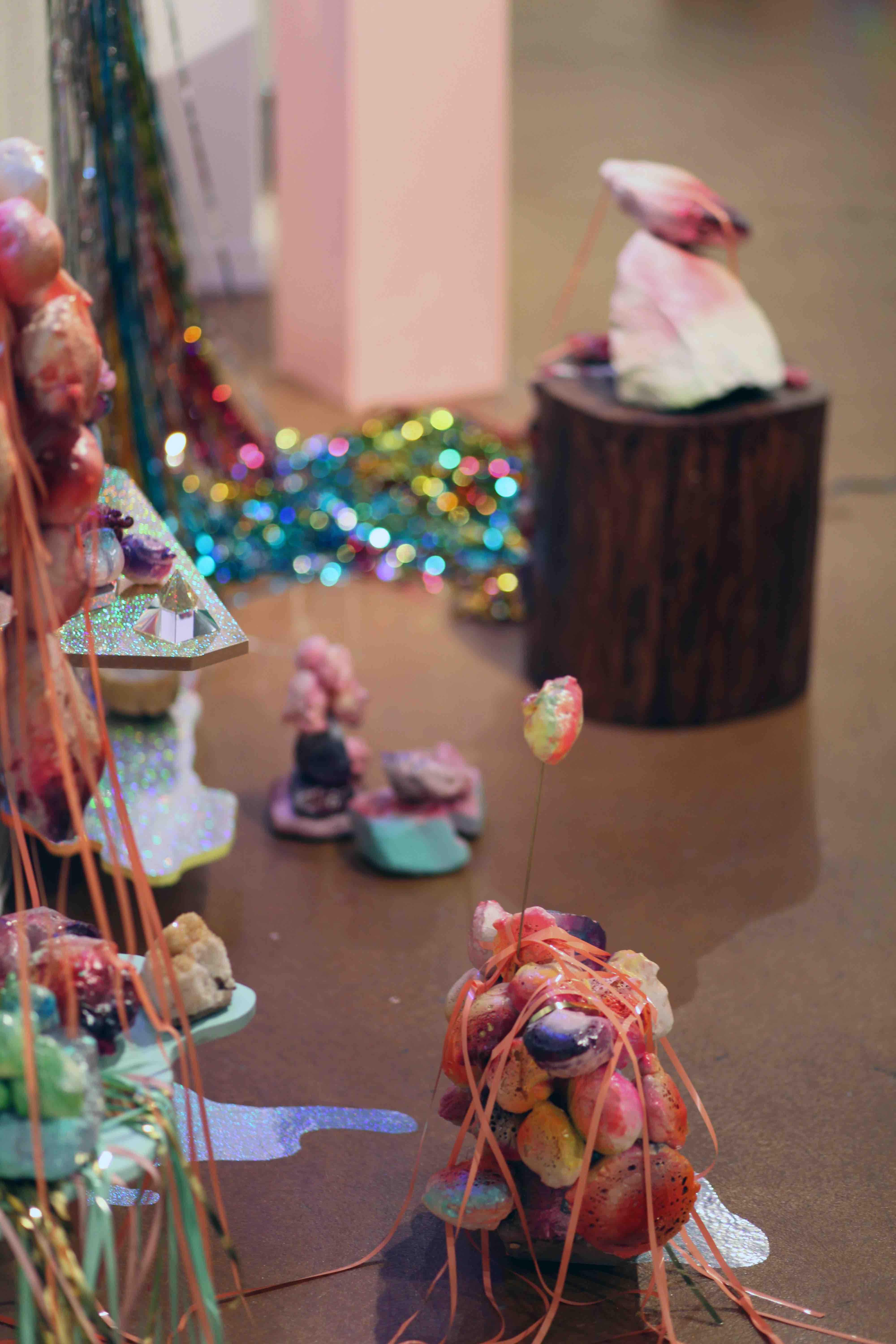 Freedman and his family moved back to New York when Francesca received a job offer in 2006. Mark continued to paint and raise their daughter. He was featured in some shows and made some connections in the New York art scene, but nothing substantial materialized. “My work needed time to grow, before I felt like I was fully realized in my voice,” Freedman said. The circles they moved in enabled him to make art in the Hamptons every summer. “I got re-inspired by the art community out in the Hamptons – a very cool contemporary art community, gallery-wise and event-wise. It got me very excited about art, outside of my studio. During those years, that’s when I feel like I kind of brought it all together, and it’s been like that ever since.”

After ten years on the East Coast, the Freedmans relocated back to Arizona, and Freedman reached out to Rainey. Freedman was offered the curator position at monOrchid based on their prior relationship. “We liked the idea of getting more serious about things, having longer shows to try to encourage more sales, and getting artists to be more connected to the space,” he said. “When businesses engage the art community like that, it creates an appreciation for the people that made it happen. I’d rather go to a place like that than go somewhere else. And people acknowledge that in this town.” Freedman’s tenure at monOrchid was brief, but during that time he saw the promise in Phoenix’s talent.

Now embedded in the Phoenix art scene, Freedman continues to pursue art projects. His fondness for the Bonnaroo Music and Arts Festival led him to curate and coordinate the art featured in last year’s inaugural Lost Lake Festival. “Lost Lake is really important because the cultural identity here has been locked in stone,” he said. “Living outside of Arizona for a long time, I see how the outside sees Arizona, and it’s only cactuses and sunsets and cowboys. There’s so much more than that here, but it gets overshadowed completely. There’s such a youth movement here. The artists that are coming out of ASU can compete with any art school in the country.” 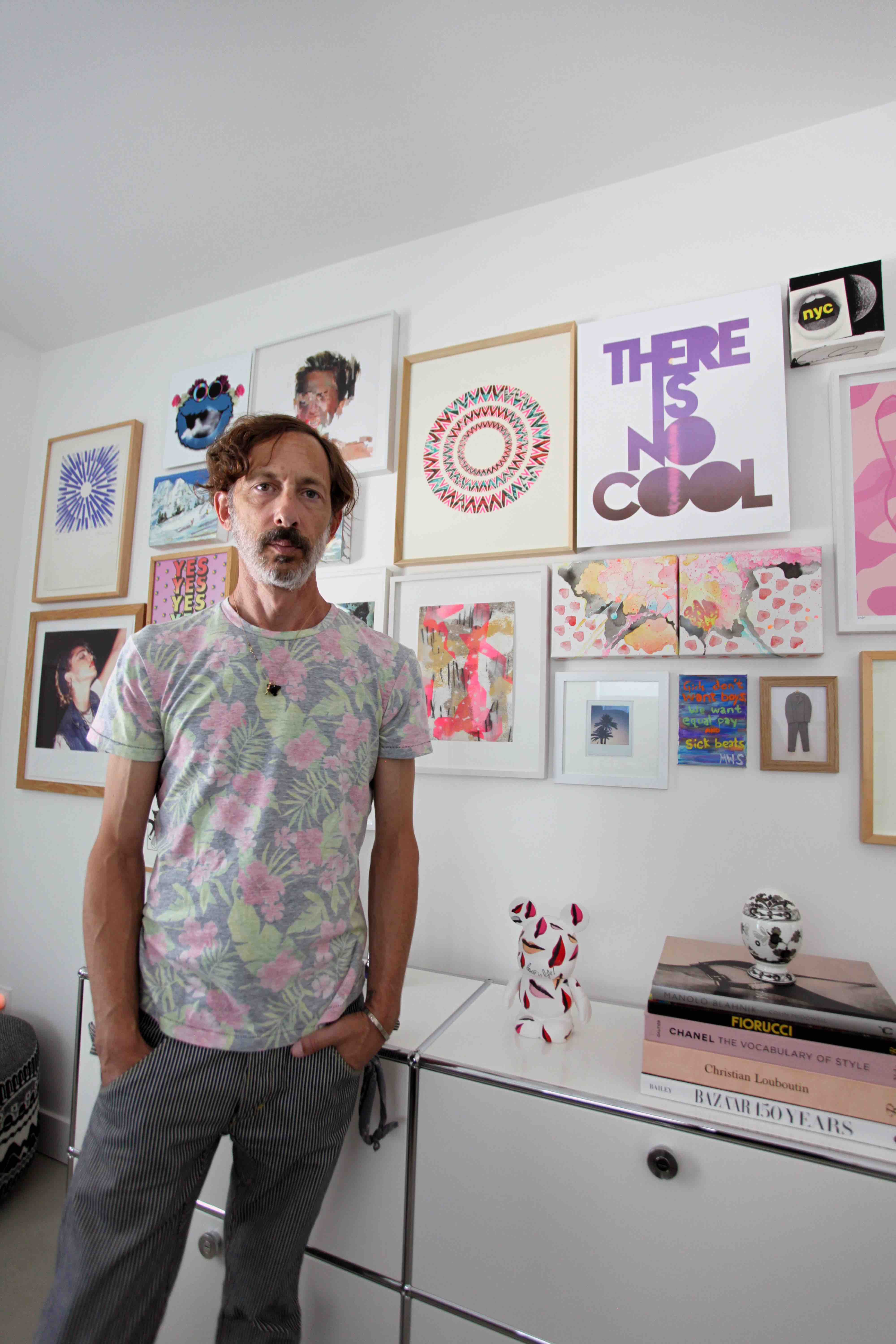 Freedman worked closely with Walter Productions for Lost Lake, which enabled him and fellow artist Lisa Von Hoffner to create a show at the Walter Art Gallery titled The Memphis Rainbow Parlour. “We’ve decided not only to show together, but to also work on very specific projects,” he said. Their show is an immersive kaleidoscope of colors, shapes, and textures, as the two artists play off each other’s style. The glitter and gloss found in Von Hoffner’s surfaces coalesce with Freedman’s dye-like pigments and hybrid objects, creating a giddy aesthetic experience. “She turns it up and I turn it down, but we both use a lot of color.”

Von Hoffner is part of a larger collective of visual artists that Freedman has expertly cultivated. “While putting together my program, I found that everybody has their own strong voice and are getting it out there in a great way, so I started to understand that there is something going on that felt like it felt way back when,” he said. “There’s a group of talented people that have a direction. They want to have art be their life and make money to live. The goal is to help define the vibrant art community that represents us in Arizona and to get the art world to pay attention.”

Finding success as a curator and an artist can sometimes be a balancing act, but for Freedman it feels very natural. “I definitely consider myself an artist first,” he said. “But I like having my hands in both, because I feel like I have the ability to do both. And a lot of the artists that I’m working with are younger than me, and now I have some experience that can help them. And I like that.” 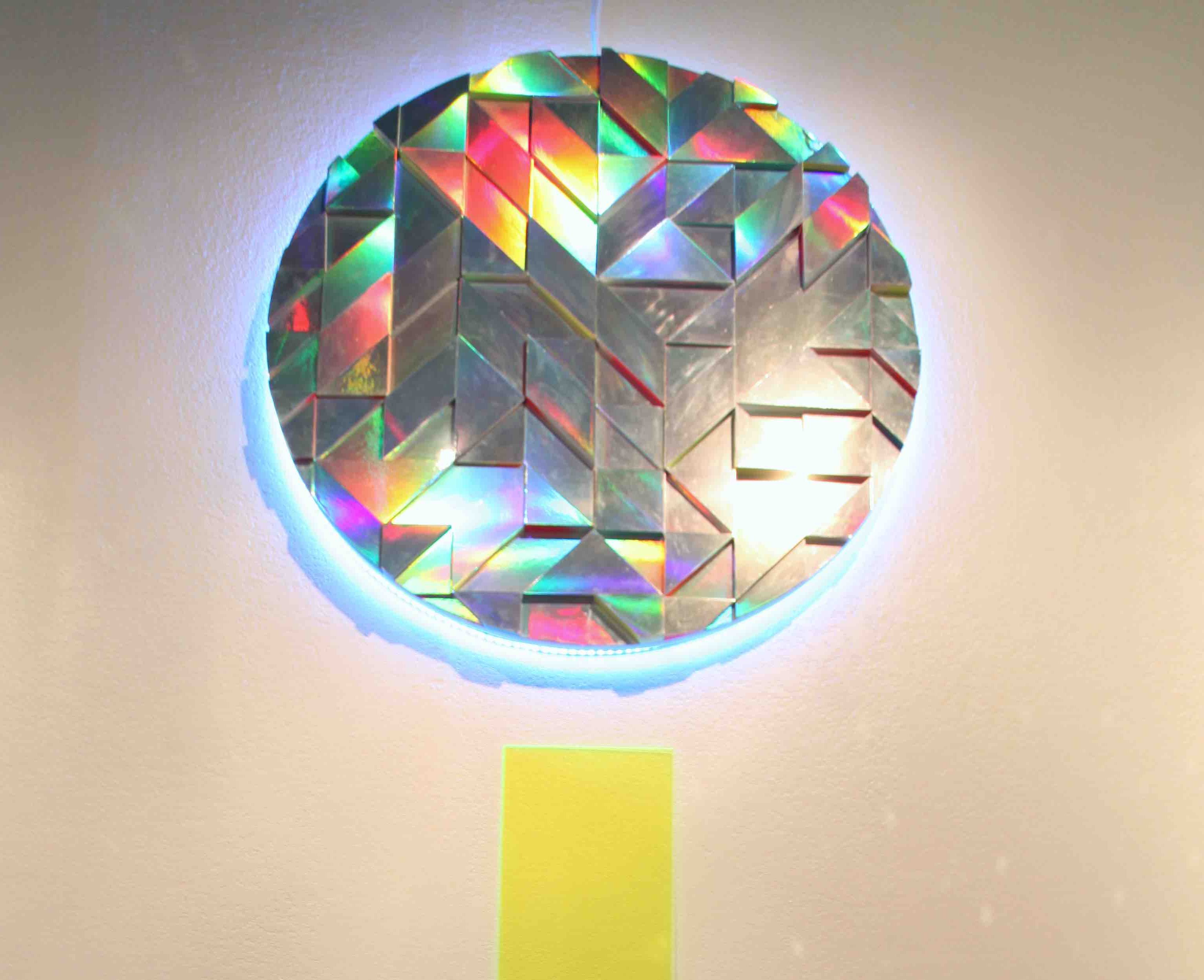