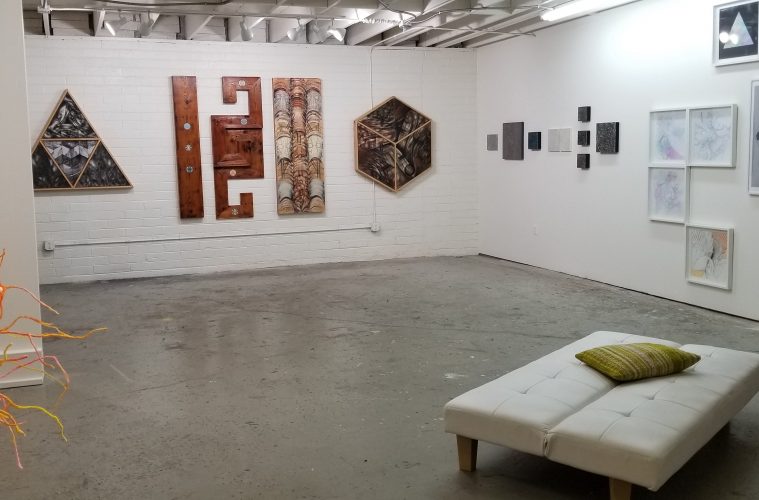 Cobra Flute Projects: Flee If This Sounds Too Risky 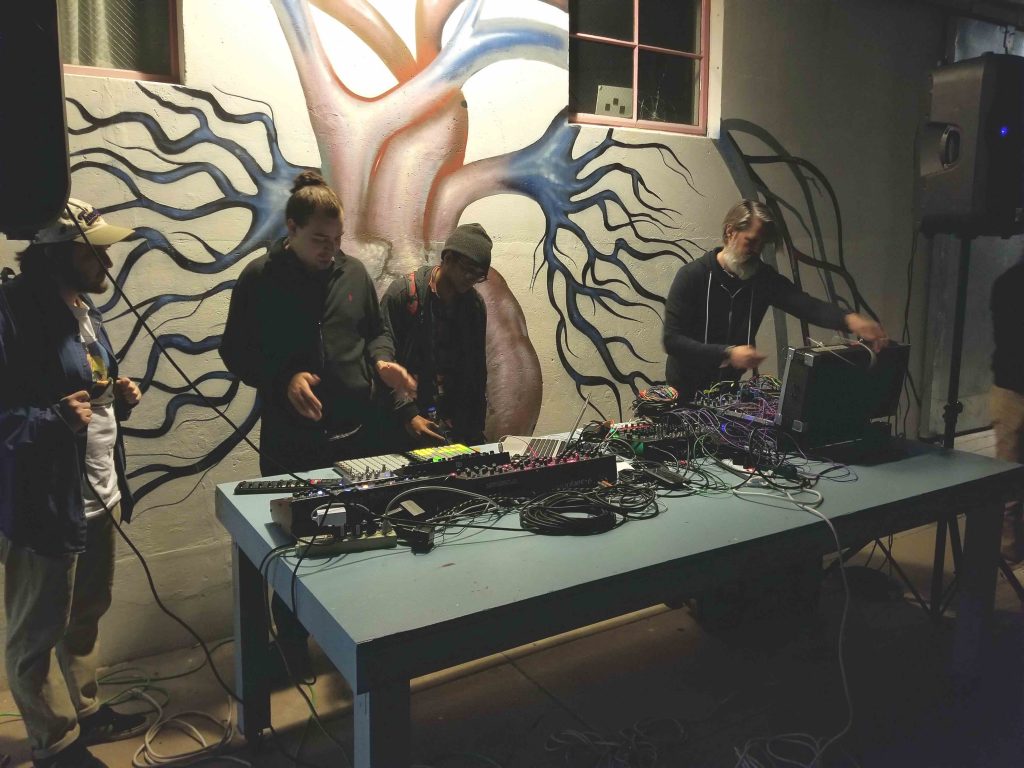 In an invitation to artists, Bill Dambrova writes:

This is a show-at-your-own-risk situation. I am not a gallery. I don’t have insurance. This is all based on trust and friendship, etc. I don’t have any contracts for you to sign. I’m doing this for passion. I want to share art with the Phoenix community and hopefully make a few bucks for the artists and enough to keep doing more shows (in that order). All for the love. This is your chance to flee if this sounds too risky.

There’s a new art space on Grand Avenue. Deep on the back side of Bragg’s Pie Factory, Phoenix natives Bill Dambrova and Amanda Adkins have renovated their shared studio space to unveil Cobra Flute Projects. It opened a little more than a month ago to their own triumphant fanfare; outside on the sidewalk, one of the artists doubled as DJ and hype man on the night of the inaugural opening. Despite not having a calendar of events or website, the space has two more group shows already scheduled and more promised. Whatever is happening at Cobra Flute Projects has the unmistakable and capricious energy of an artist-run project. 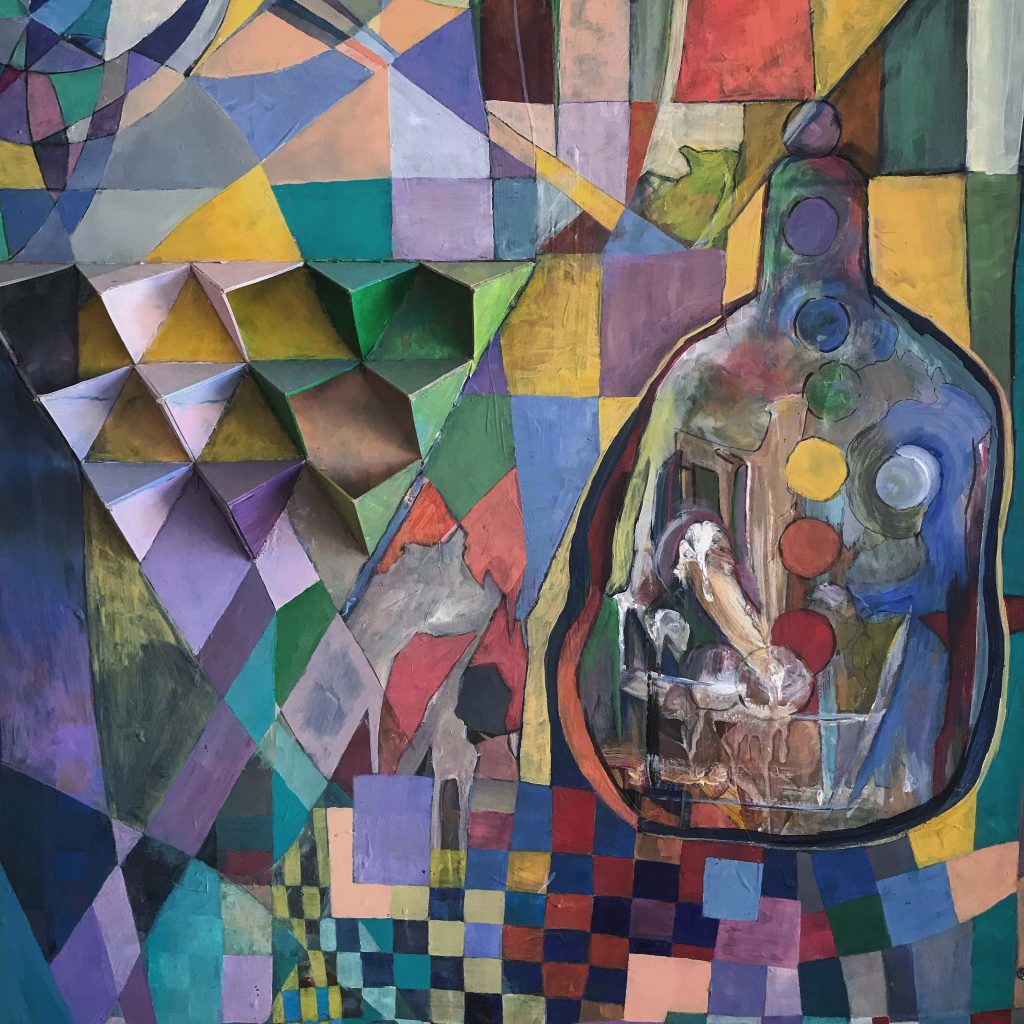 Cobra Flute is familiar as an artist space, with plenty of paint drops worn into the floor. Working together, Bill and Amanda had time to listen to music and talk about art spaces and the artists they wished had more representation. “A song came on with the sound of a reedy flute, and I thought Cobra Flute could be a cool name,” recalls Amanda. For a year, the idea of Cobra Flute remained just another topic of conversation until, unexpectedly, someone donated a large studio wall. With the wall, they divided the room into an exhibition space and a back-of-house storage area. The wall also gave Bill and Amanda permission to realize one of the alternatives they wanted for their community. 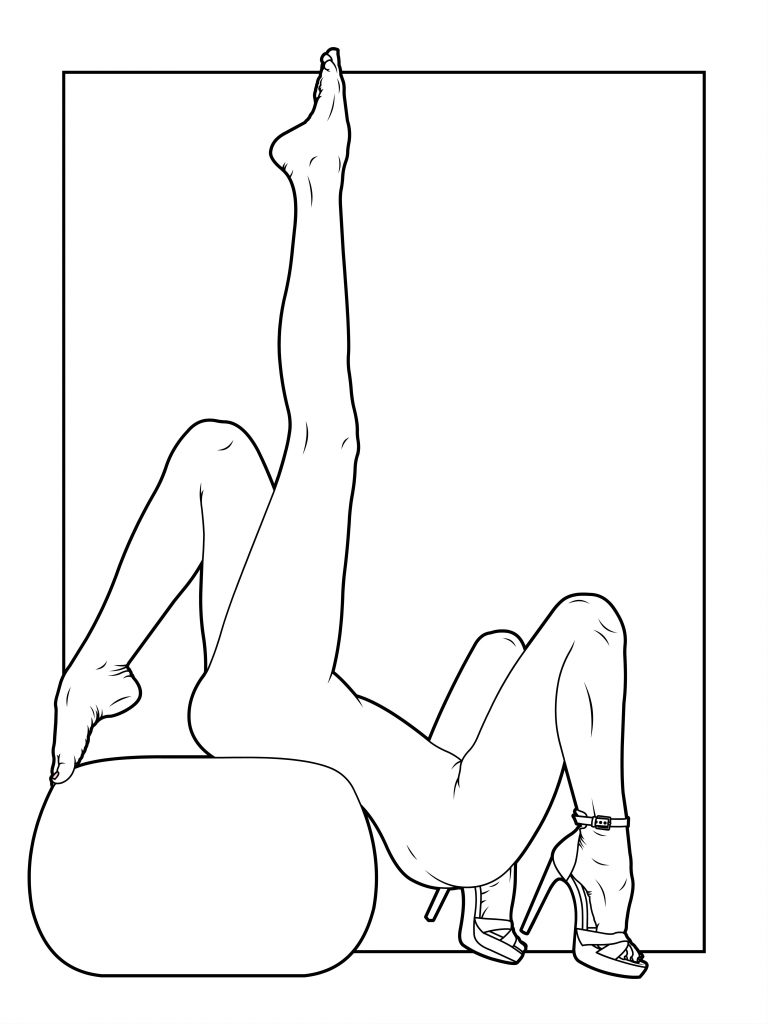 ColorOrgy, work in progress, 2019. Courtesy of the artist.

Reflecting on the changes to downtown Phoenix in recent years, Amanda explains the urgency. “For a long time, Roosevelt Row was the place for art. But with the new condos and development projects that came through, we’ve lost some places for artists.” Bill remembers moving back from Los Angeles around that time. “I was hoping to see a growing arts neighborhood. Instead, there was a lot less art around.”

When artists ponder the effects of gentrification, it invokes the question: what models remain viable in downtown Phoenix? As the visual arts community remains in an unbalanced relationship with urban development, artists and spaces are forced to find new ways of sustaining their practice while working in a community of diminishing permanence. What remains is an increasingly narrow way of producing visual culture. These ways are strained to extreme ends of the organizational spectrum: from impermanent pop-up shows and collectively owned spaces, to settled cultural institutions and heavily commercialized galleries. 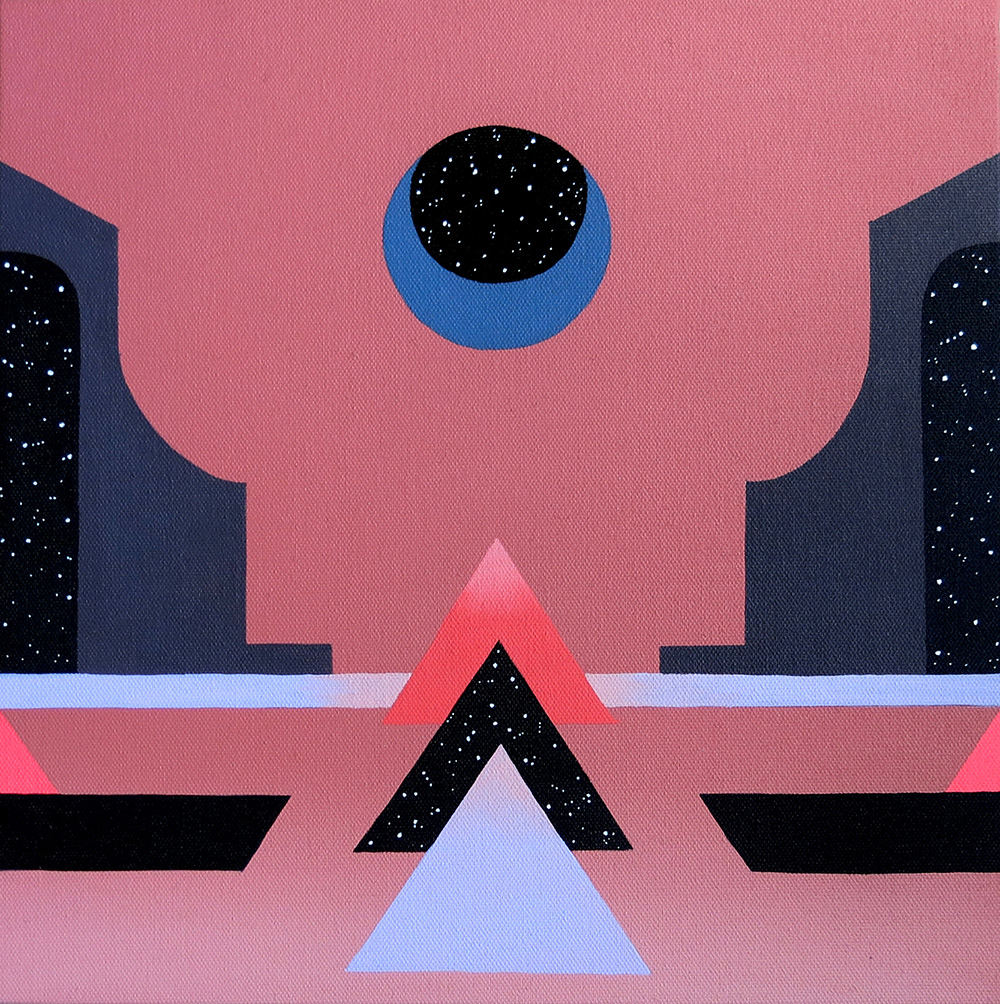 One strategy is to move where the pressures are less acute – such as Grand Avenue – and the possibility for DIY spaces and experimentation can be expressed. But it also creates, as Bill puts it in his call to artists, show-at-your-own-risk situations – that is, the participants must share the successes and failures of this alternative model.

Spaces like Cobra Flute Projects are a provisional strategy in the face of larger forces. The artists who are responding to Bill and Amanda are eager for a more open mandate. Both organizers see their space as answering the need for more artistic opportunities where artists can work collaboratively. And they’re willing to pay out-of-pocket for these expenses. “All for the love,” as Bill explains to the artists who he and Amanda hope will share in the risks and the collaborative opportunities they offer.

The upcoming show, (De)Materialize, features Rowan Burkam, ColorOrgy, Cydnei Mallory, and Madeleine Tonzi. Many of the works are new experiments for these artists. Burkam makes geometric and modular sculptures that ponder the construction of space. For this show, he looks to “deconstructing the way we create meaning, language, and reality.” 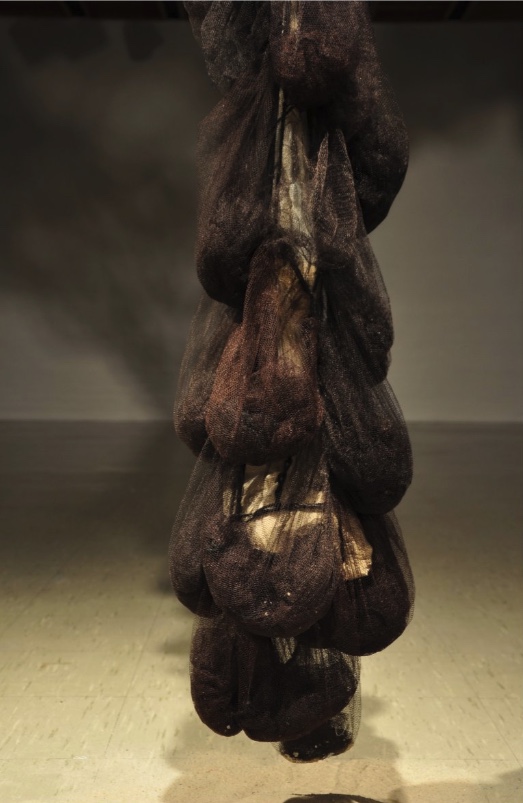 ColorOrgy makes work about the feminine form through the lens of American media, creating statements about female objectification. For this show, he is forgoing his usual use of colors in order to focus on the formal qualities of these renderings. Mallory uses materials close to or approximate of the human body: cast metals, rope, fabrics, hairnets, silicone, and hair. Oakland-based Tonzi paints landscapes in architectural form. The work she is making focuses on more organic representationsand the theme of portals. [De]Materialize opens on May 17.

Open by appointment all other times