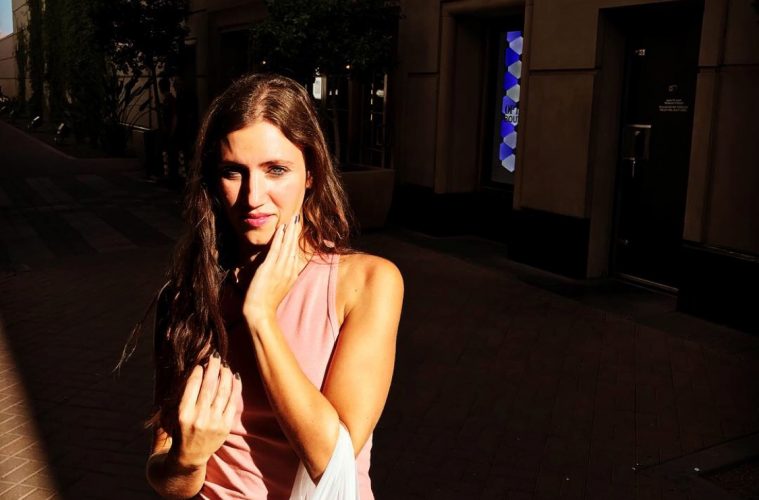 Ottavia Zappala: A True Crime Reporter in Search of Justice 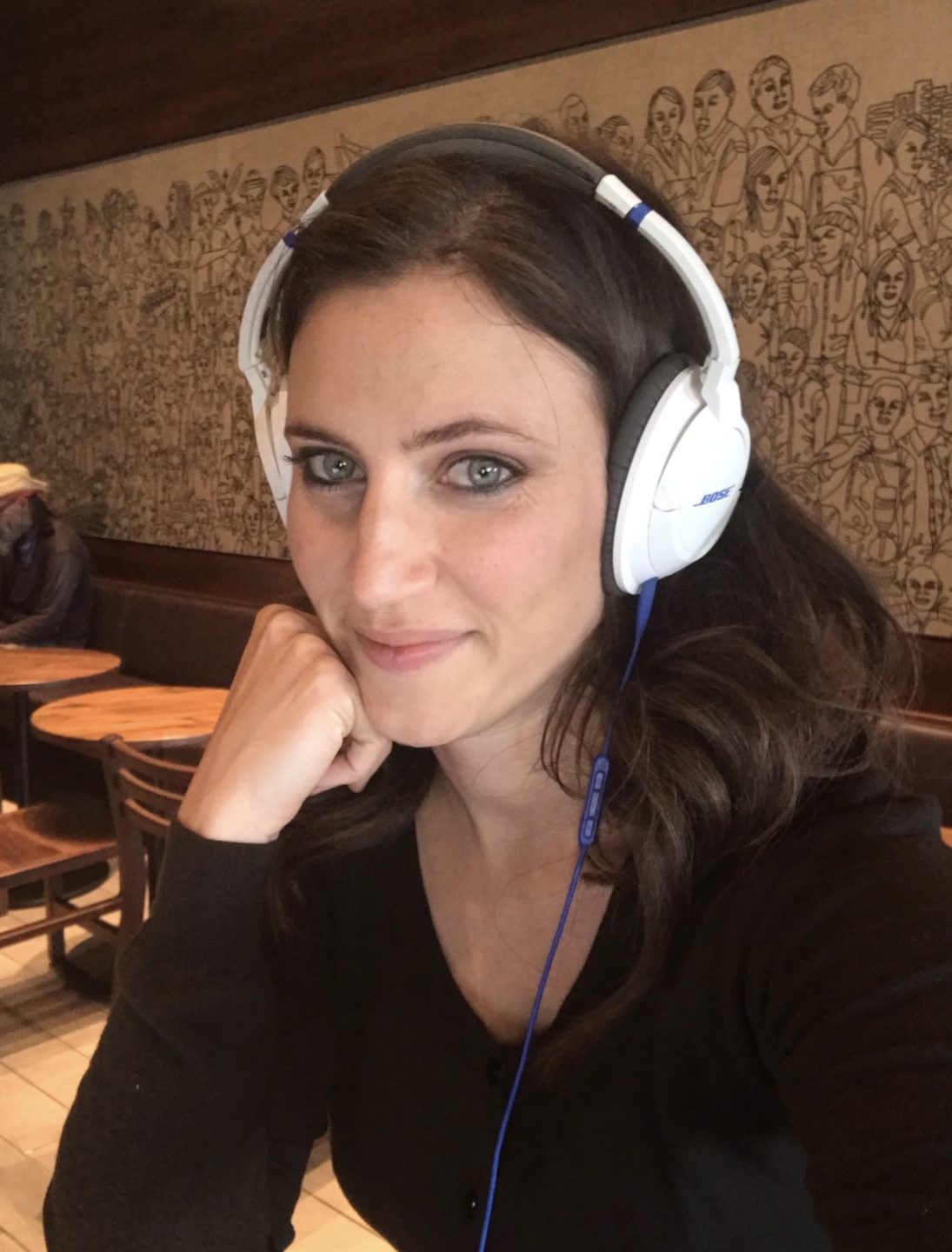 From the iconic theme of “Law & Order” to the cheeky banter of “NCIS,” Americans’ view of crime and punishment is strongly influenced by the media. According to such fictional television programs, every murder is solved and every murderer brought to justice. In her podcast, “Missing Alissa,” about the unsolved disappearance and likely murder of 17-year-old high school student Alissa Turney in 2001, Ottavia Zappala demonstrates that these ideas about our criminal justice system are naive.

“Missing Alissa” and other true crime podcasts show that people do get convicted of crimes they did not commit and that if the victim is not important enough to police and politicians, the case may never be fully investigated, let alone solved. If the victim worked at a Jack in the Box, as Alissa did, then police are less likely to follow up. Investigators did not revisit Alissa’s case until bizarre outside circumstances intervened, but more on that later. However, thanks to dedicated journalists and empowered listeners, true crime podcasts are able to do more than index these grievances. They are renewing public interest in unsolved cases, sometimes exonerating the wrongly accused and bringing justice to the guilty.

Like every good detective novel, a true crime podcast needs an investigator who feels deeply, almost obsessively, about the case. Zappala’s interest in the missing girl at the heart of her podcast runs deep. Growing up in Palermo, Italy, Zappala was no stranger to crime and death. “The late ’80s and ’90s were kind of a gruesome time in the city where I’m from,” Zappala said. Her grandfather was a judge, and she recalls that he was friends with the Italian judges Giovanni Falcone and Paolo Borsellino, who were infamously killed in separate car bombings by the Sicilian Mafia in 1992. 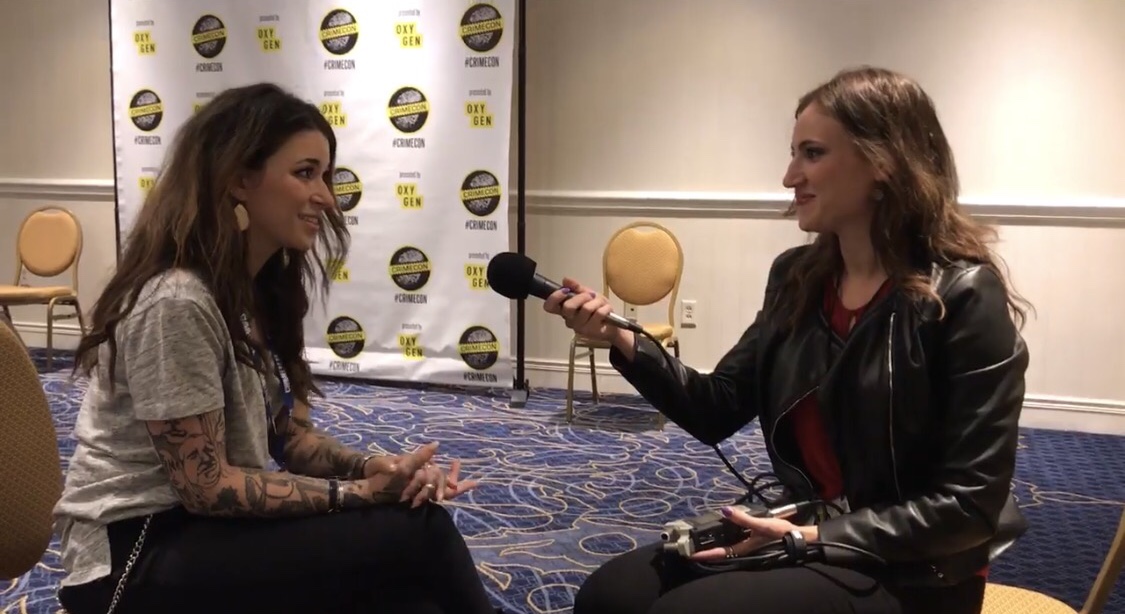 Much of Zappala’s young life in Sicily was shaped by that brutal war between organized crime and the Italian state. Car bombings, assassinations and disappearances were regular occurrences among the cobblestoned streets and alleys. Though highly romanticized in American popular culture, organized crime and criminal violence were a brutal reality that Zappala faced daily. She remembers reading about the Monster of Florence case, a gruesome series of murders between 1968 and 1985 where the victims were killed at or near the moment of sexual climax and often had their genitals mutilated after their deaths. The mystery of the case stayed with her. Bombings, mutilations and bodies being dissolved in acid fed her adolescent horror and curiosity.

It’s no surprise then that Zappala eventually ended up pursuing journalism and criminology, obtaining a bachelor’s degree in journalism and communication in 2007 and a master’s in criminology in 2012, both from the Université Libre de Bruxelles in Belgium. However, despite the university’s reputation as one of the country’s top schools, Zappala did not find what she was looking for from her criminology studies there.

Unfortunately for Zappala, the program was set up around the sociology of crime and the justice system rather than focusing on solving crimes. “It was something that academics would be interested in, people who would spend the rest of their lives in an office researching and writing useless papers about methodology,” Zappala said. “I wanted to learn the hard science behind crime scene investigation, ballistics and genetics, as well as the justice system.”

Despite these disappointments, Zappala did learn some useful things, which served her while developing and researching the Alissa Turney case for her podcast – things such as the psychology of criminals and the structure of the criminal justice system. She also interned for five months with the police in Belgium, where she got to observe and help with suspect interrogations, criminal investigations and other police duties. 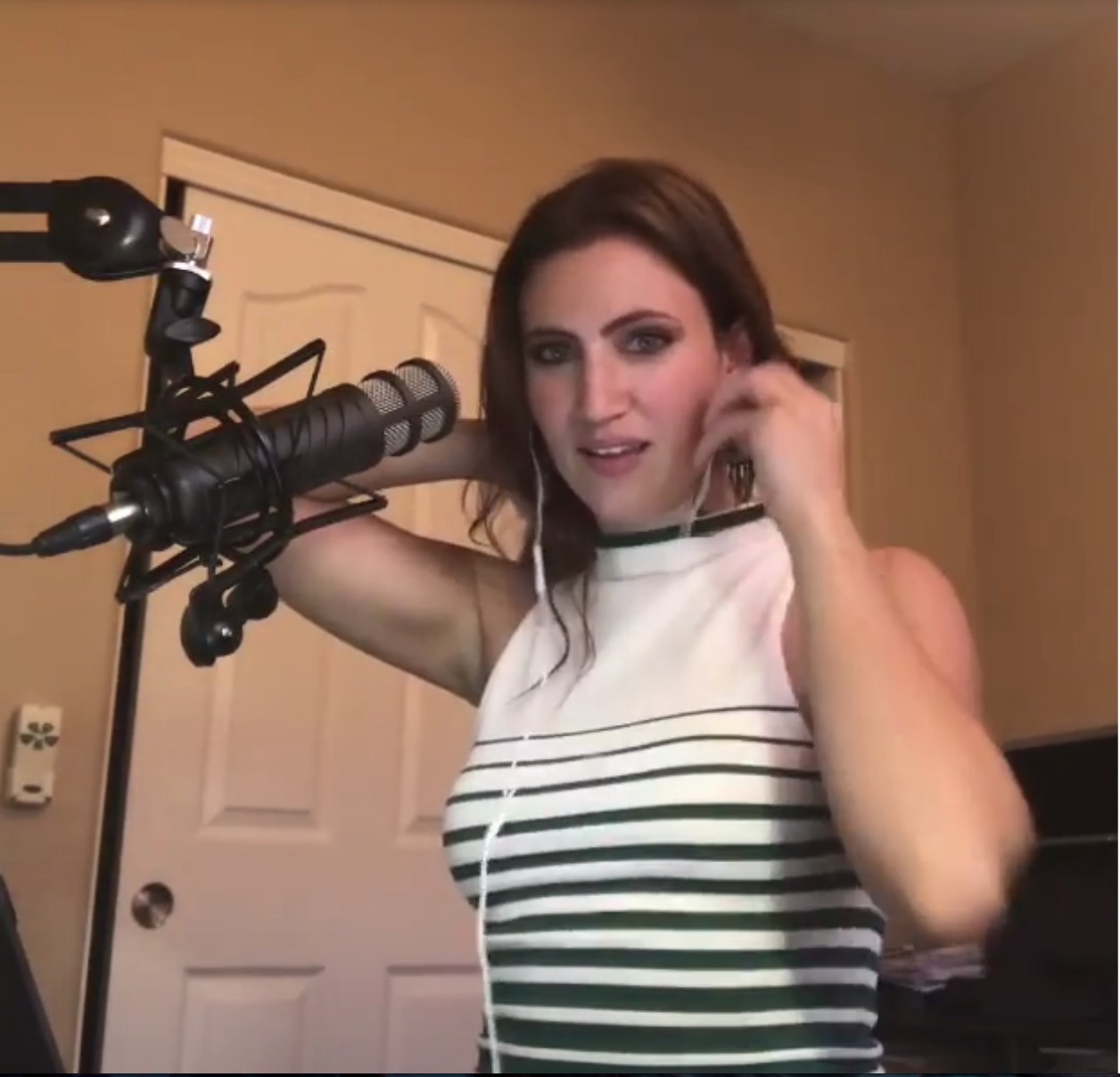 Zappala moved to Phoenix after meeting her then boyfriend, an American from the Midwest. Though they hadn’t planned to relocate to Phoenix, a visit to his parents at a retirement community in the Valley led them to spend a few months in Phoenix and eventually decide to stay. At first Zappala did odd jobs, working as a sales associate at Anthropologie in Scottsdale and then a resource manager for Games CoLab, a company that helps game developers. She also explored her creative side, selling handbags made from repurposed textiles through Etsy.

Zappala then interned for Arizona Attorney General Mark Brnovich for five months in 2016 before she took the plunge and became a freelance journalist. She started to write a real estate column for the Arizona Republic in early 2017.

It was around this time that Zappala listened to her first podcast, “Serial,” a spinoff of the popular NPR program “This American Life.” Hosted by bespectacled journalist Sarah Koenig, the first season of “Serial” explored the 1999 murder of 18-year-old high school student Hae Min Lee. Narrated by Koenig’s dulcet tones, “Serial” was a breakout success. It was the fastest podcast ever to reach five million downloads, and according to Serial Productions, the first season has been downloaded more than 175 million times. Further, “Serial” helped bring podcasting in general and true crime podcasts in particular into the mainstream. Even Kim Kardashian is getting into the series, albeit four years after its release and to much ridicule on social media.

In the wake of the incredible success of “Serial,” a wave of true crime podcasts and documentaries has attracted an ever-widening audience. There is “Serial” spinoff “S-Town” and others such as “Crimetown,” “In the Dark” and even the Netflix series “The Making of a Murderer.” Like so many of these programs, Zappala’s podcast draws inspiration in terms of format, storytelling and music from “Serial.” Also like “Serial,” she explores the case in painstaking detail, walking the listener through every twist and turn.

Zappala first learned of Turney’s disappearance and probable murder the way most people did, by watching the “20/20” episode exploring the case. She enjoyed watching reruns of such shows and was keenly on the lookout for a potential cold case meriting further investigation. As she watched the “20/20” episode “What Happened to Alissa?” which originally aired in October of 2014, Zappala became fascinated by the strange story and knew she had to dig deeper. “I’ve had very few moments of clarity in my life like this one,” Zappala said. 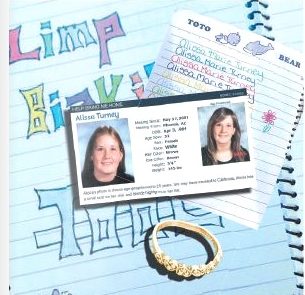 While we can’t recount the whole case here, the basic points are that Alissa Turney was checked out of school early by her stepfather, Mike Turney, on May 17, 2001. She was never seen again. For whatever reason, police accepted Mike Turney’s story that Alissa had run away to California. The case languished until 2006, when Thomas Hymer, a convicted murderer incarcerated in Florida, sent investigators a letter stating, “I am going to make you famous. I am a serial killer.” He claimed that he had kidnapped and murdered Alissa Turney, and was ready to confess.

Investigators traveled to Florida and interviewed him, concluding he had likely seen something in a newspaper about Alissa Turney’s disappearance and fabricated the story for attention. However, this dead end did serve to reignite the investigation, leading detectives to look deeper into Mike Turney. As they looked further, the detectives found all the red flags they missed the first time.

When they searched Mike Turney’s residence in late 2008, they found more than two dozen improvised explosive devices, 19 firearms and two homemade silencers. They believed Mike Turney had been preparing a murderous rampage against an electrical workers union local who he claimed had taken Alissa as part of a decades-long conspiracy against him. They even found a 98-page document outlining his plan and motivations. Though he was arrested, prosecuted and incarcerated for this, he has never been charged for his stepdaughter’s disappearance and likely murder.

Sarah Turney, Mike’s natural daughter and Alissa’s half-sister, features prominently in the podcast. When Zappala and Shanna Hogan, an early contributor to the project, initially contacted her, Sarah Turney was skeptical. She had been unhappy with aspects of the “20/20” program. Over the course of their many talks, phone calls and interviews, Sarah Turney and Zappala grew to share a deep trust and friendship. “It became more and more clear that she was serious and that she wanted to do something and wanted to help,” Sarah Turney said. 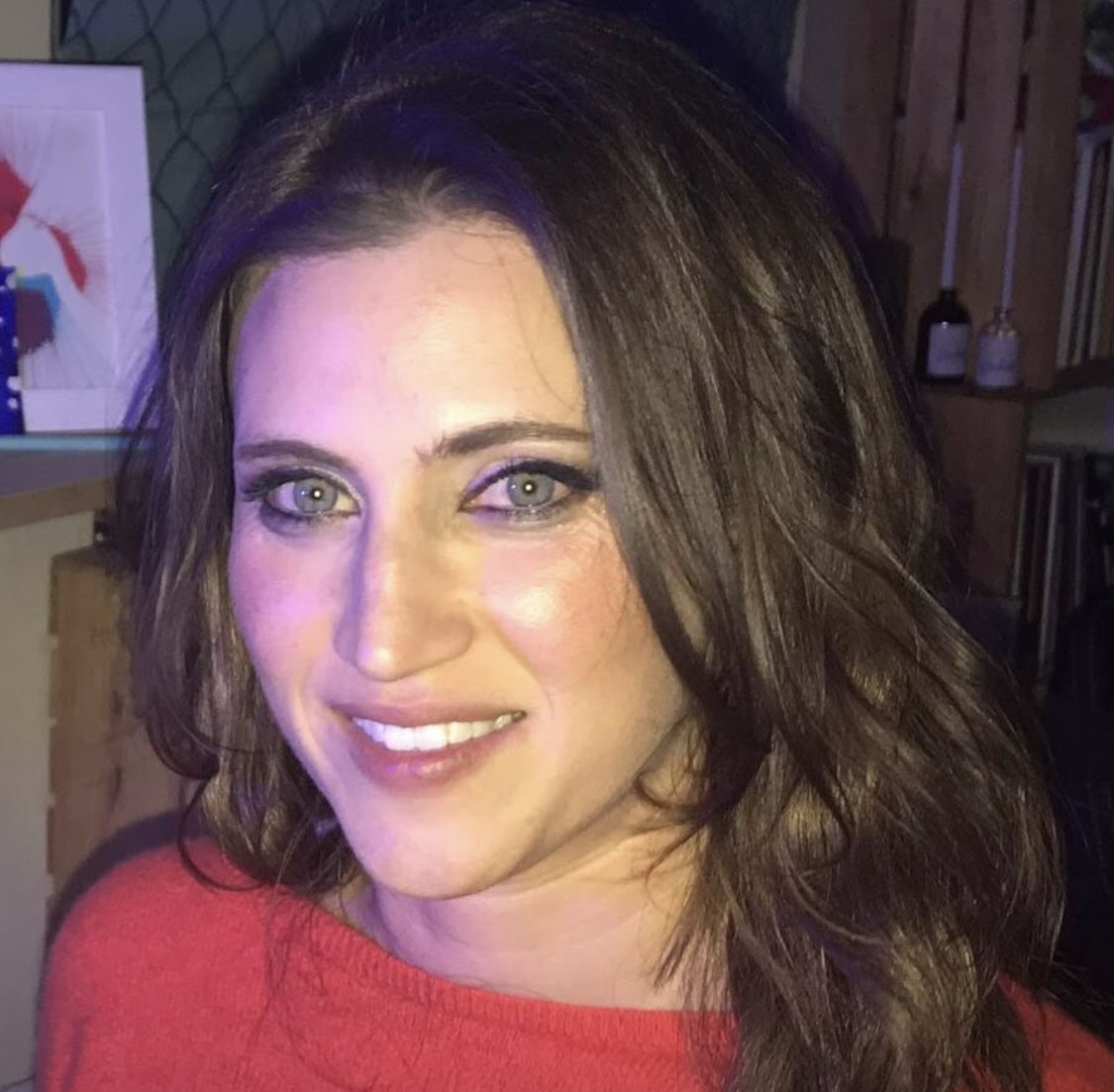 Zappala was able to interview people who had not come forward to the police – people such as Alissa’s biological father and Jessica Case, a friend of Alissa. Zappala and Sarah Turney supported each other when Mike Turney was released from prison, and when Sarah Turney met with her father, she secretly recorded him. “It was a journey,” Sarah Turney said of her and Zappala’s collaboration on the case. “It got emotional. We would spend nights on the phone together.”

With all six episodes and five bonus episodes currently available for listening, the podcast continues to spread the word about this unsolved missing-person case. Whether Mike Turney will ever face a jury of his peers is up to Maricopa County Attorney Bill Montgomery. Sarah Turney is hopeful he will listen to Zappala’s podcast and move to indict, as are the 39,380 people who have signed an online petition calling for Mike Turney’s prosecution. She also hopes that a law mandating investigations into all underage runaways can be passed – what she has dubbed Alissa’s Law – so that others like Alissa can be found. 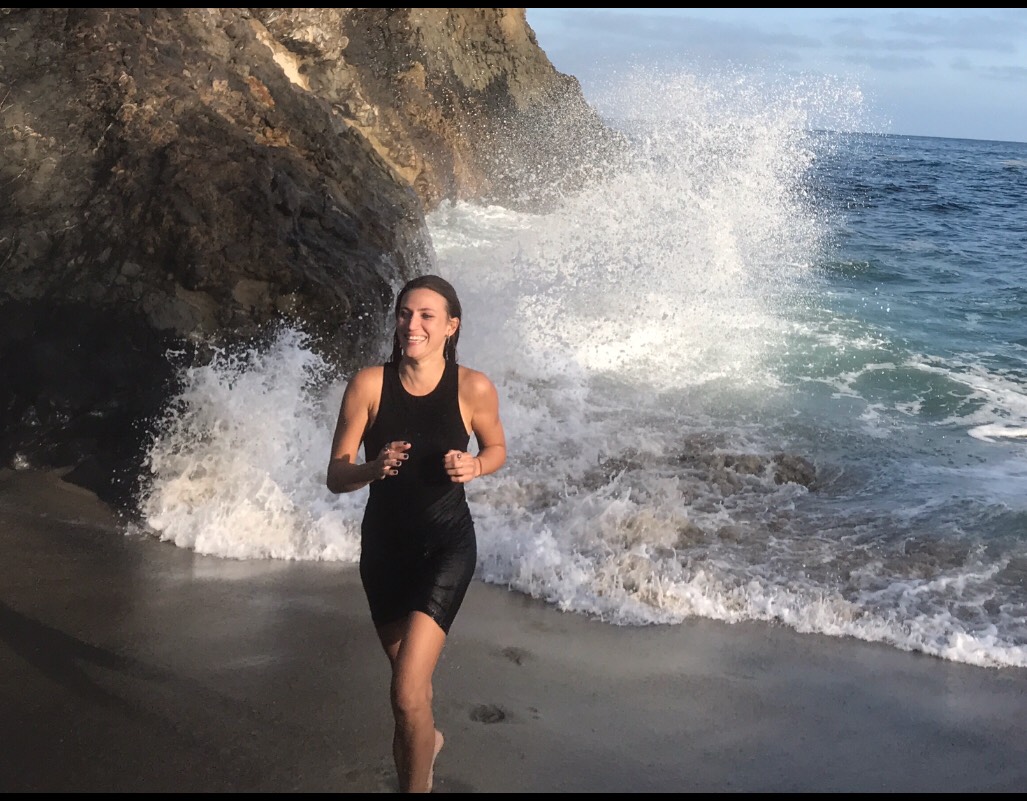