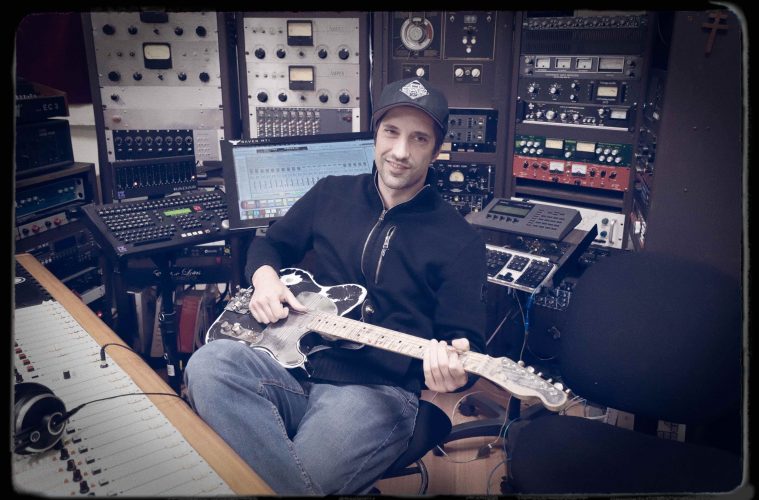 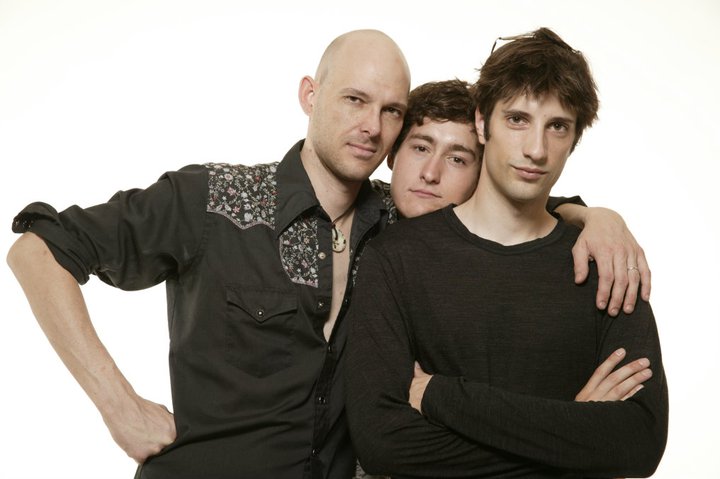 There is a verse in the Radiohead song “Street Spirit” (from the excellent 1995 album The Bends) where Thom Yorke sings, “Rows of houses, all bearing down on me/I can feel their blue hands touching me/All these things into position/All these things we’ll one day swallow whole/And fade out again and fade out.”

After speaking with Olivier Zahm a few weeks ago on the patio of his home/studio in northeast Phoenix, Yorke’s words reverberate in the back of my skull like the fuzzy, driven song Zahm played for me while he showed me his Electric Lotus recording studio. Zahm, a native of France (and still a French citizen), moved to Phoenix in 2002 and started Electric Lotus in 2007, and, he says, “opened the doors to my victims.”

The French expatriate is joking, of course, as his clients are definitely not victims of anything other than Zahm’s enthusiasm for recording music, his honesty, and his somewhat offbeat view of the world. Zahm honed his recording skills in his native France, as well as Stockholm, Sweden, before moving to the desert just over 15 years ago. A self-professed studio rat, it is clear after speaking with Zahm for a few hours that music, and the love for it, is much more than just in his blood. It seems, quite literally, to be his life.

Zahm represents a dying breed in this world, in that he will turn down working with a band if he feels they are not ready to record a song or an album just yet. He would rather help a band get ready for the studio than take their money to record them just because they want to make a record. Take a gander at his website, www.electriclotusmusic.com, and read the “Bad Cop, Bad Cop” section to get a glimpse of where he is coming from. If you’re in a band, take the time to talk with Zahm about your next project, but be prepared to think. 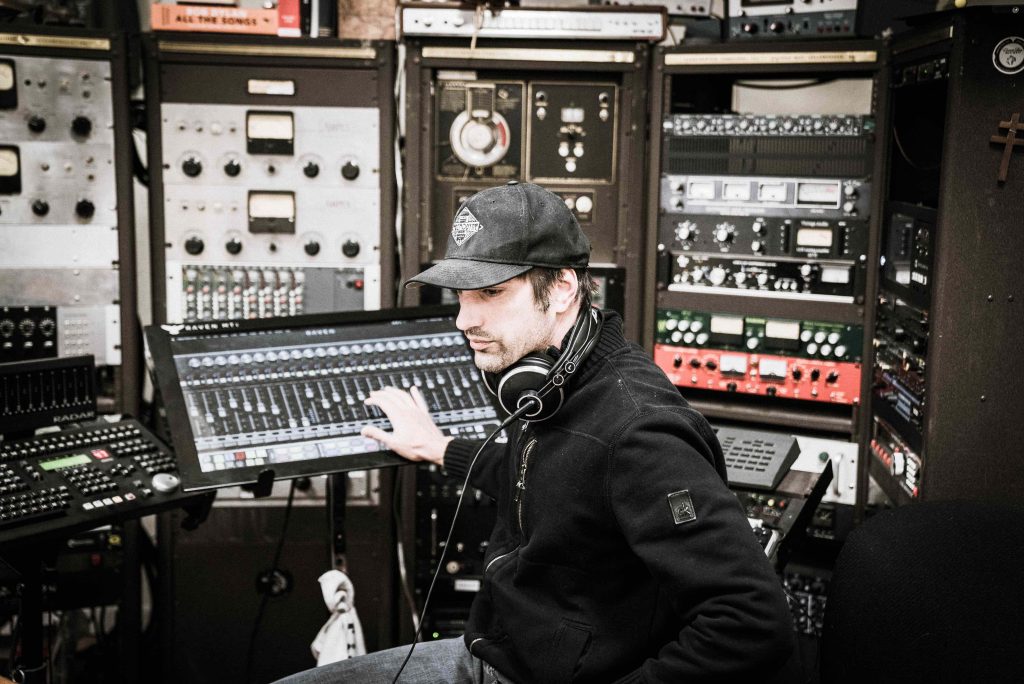 Conversation with Zahm is refreshing and brisk. Old enough to know better but young at heart and in tune with what’s happening in the music world, he moves quickly and jumps from discussing his chosen profession to the importance of speaking multiple languages to conquering Asia like Alexander the Great, although for Zahm this type of conquering will be done by spreading music across China and India.

In addition to running Electric Lotus Music (his publishing company) Zahm is a multi-instrumentalist, songwriter, and the owner of the indie music label Chromodyne. He’s got a dark and mysterious look about him, to match an equally quick wit and wicked sense of humor, and it is this writer’s opinion that Zahm probably does very well with the ladies, although we didn’t talk about this part of his life at all. We’re guessing he doesn’t have a ton of time for a social life with all that he has going on related to music.

Currently, Zahm is working quite a bit with local artist Ben Anderson (check him out!), Los Angeles–based singer/songwriter Sean Mullaney (check out his video for “Come with Me,” which features some great footage from the 2017 Trump rally protests in Phoenix), Billy Cioffi and the Montecarlos, rockabilly foot-stompers Voodoo Swing, and several others on a slate of Chromodyne releases, as well as maintaining an active client list for Electric Lotus.

What brought you to Phoenix?

A plane full of crying children.

Perfect. Why Phoenix, though?

I landed here in the summer of ’02. I needed to renew my green card and I had a 48-hour window to make a decision. I wanted to make stupid music with intelligent people and I felt opportunities were too slim in Europe. I released some vinyl in Stockholm while I was there, living and working on music for practically 24 hours a day, seven days a week. It was deep house, electronica stuff, but it wasn’t my ambition. I wanted to make more visceral, raw music. 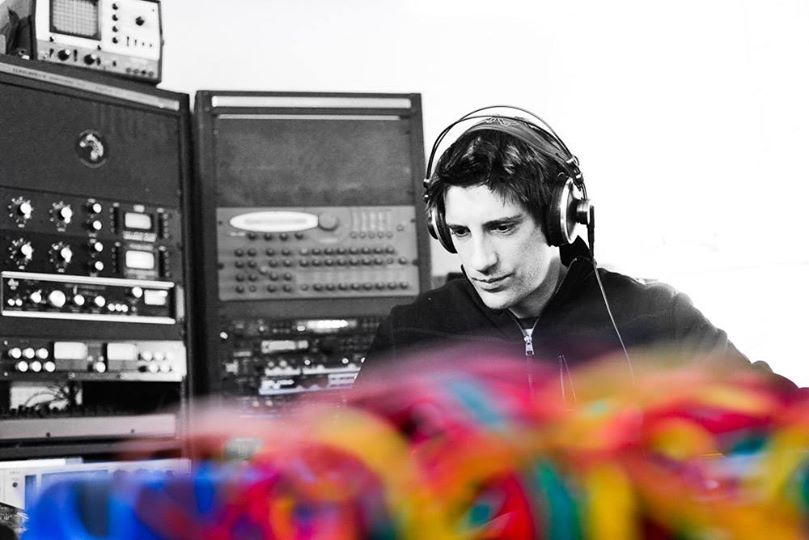 I would imagine winters in Stockholm lent itself to staying inside.

Oh, summers too (laughs). If you’re a studio rat, it’s in your blood. It’s a calling. You’re not motivated by opportunity or glamour. You’re going to get dirty and you can only tolerate other people who want to get dirty.

Had you been to Phoenix before?

No, it was blind…it was a culture shock. I remember the drive from the airport. Dusk was creeping in and I was looking out the window of the car. I was like, “What the hell am I looking at?” There’s nothing! The brain starts seeing patterns and details, and I was like, “Jesus fucking Christ! This is not dirt, this is rooftops. There is nothing but rooftops.”

The second day, I got lost. I was trying to figure out the pattern. I thought, “What kind of matrix is this?” There’s a church, a supermarket, rows of houses. Then it repeats. I was like, “What do people do? How do they live? What is this sorcery?”

Phoenix wasn’t the same town 10 to 15 years ago. It takes some time for the doors to open up and for you to know where to look and find people who know what’s up. It’s almost like you have to earn it, if you’re not looking for the corporate lifestyle.

For two years I hated it.

Why did you stay?

Actually, I knew something could be done. It’s a good place to build and it’s a pretty good location – close enough to LA, but not in the rat race. Everything is a quick plane flight away. 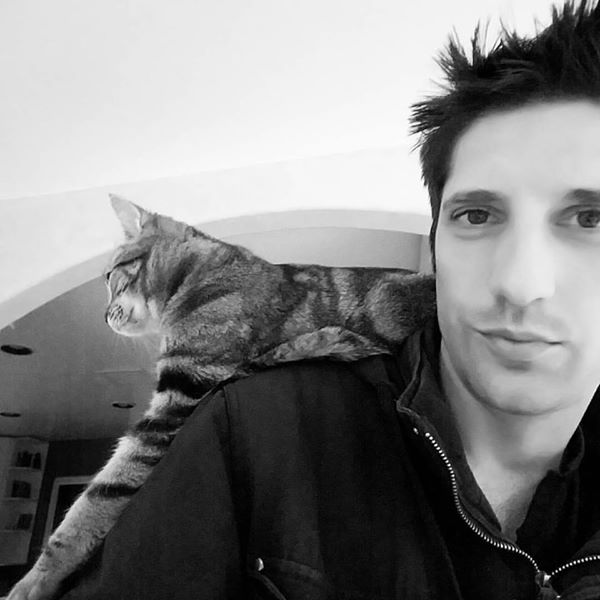 The town is growing so rapidly right now, and I think, musically, Phoenix is the best it has ever been.

Yes, but I think in ’05, ’06, there weren’t all the opportunities there are right now, and you had to actually band together [as a scene] to make things happen. You didn’t have the islands we have now, so all the different cliques had to work together. Now, every sub-genre, it’s got its own thing. I miss the commingling when you had to tolerate and accept each other. It was easier to create a scene then – now you have specialty aisles.

In the ’80s, I remember the tribes gathering, for example, when you had a band like Jane’s Addiction playing, where everybody liked it.

So how did you get acclimated?

I started going downtown and hanging out in record stores. At first I was in Avondale and there was nothing there. It was like a twilight zone with freeways leading to nowhere. So I started out hanging out at Stinkweeds and Eastside Records, talking about music and trying to find people who liked Fugazi. Eventually I got invited to a house party, started playing in bands and met people like Michael Red, HotRock [SupaJoint] now. We formed Sound of Birds.

Oh yes! I remember you guys, and I know Michael. He used to blow fire with us sometimes when I was in Hillbilly Devilspeak.

I remember you guys. We played Black and Tan together. We played Emerald Lounge… 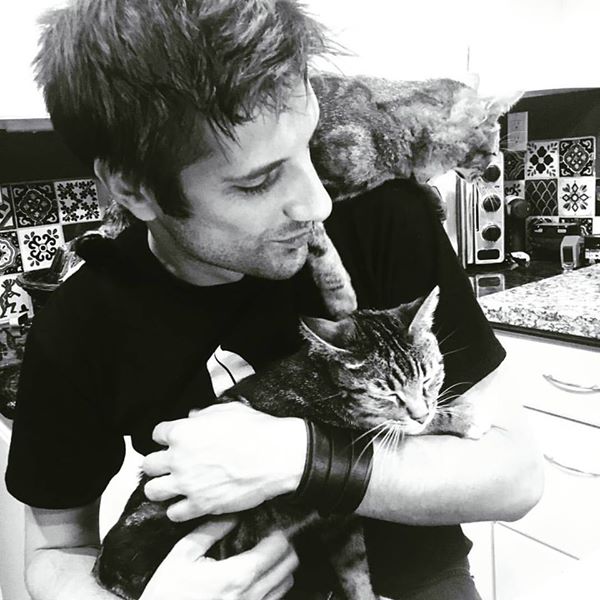 Oh yes. That was one of those places that you could go in there and feel like you were in any city, anywhere.

The Emerald was like my second house. It was just insult to injury when Starbucks took over. You didn’t go there because the place was cool. You went there because it was warm. It was human. There were good bands and it was cheap. It was like that old beat-up car that you love. It was dirty, and sweaty, but you felt an actual connection.

I love the Crescent but I don’t go there to feel like I’m going to connect with people. I don’t expect a stranger to start a conversation with me when I’m at Crescent. You knew, though, that if you walked into the Emerald, you will interact with some fuckers, but everyone was cool. To step into that shithole, you had to be cool.

Are you doing a band now?

I like playing in bands for the camaraderie and the process, but not so much the gear hauling (laughs). I like being behind the scenes and creating sounds for people, like a tailor making a suit. I will play during recording sessions, but I like being a musician’s musician. I like co-writing, or if someone needs a musician for a recording session. I was in the house band for the Tempe Center for the Arts when they did their songwriting showcases.

I love being part of making music. It’s a good high. I love making things happen.

It seems like a lot of people I know who have studios, like Electric Lotus, are struggling a bit right now.

The studio has really been paying for everything, but it is tough. That’s why it is a calling. It makes it that much easier to not compromise on sacrifices. Because there is that irrational vision that is your compass that makes you say, “I will not buy new shoes for five years, but I need that fucking compressor.”

It drives everyone insane, but in this vision is absolutely clarity. It’s almost the same fervor that you might find with religious nut bags, but you benefit others by actually providing a project that is tangible rather than exploiting psychological insecurity.

How did Chromodyne come about?

Chromodyne was created by coming full circle. Independent media is essentially being destroyed, so by trying to think of what was [already] here, we decided to start new. In the old days, if a recording studio believed in an artist, without having a big company to seduce, they would do it themselves because they had the talent and all they needed was a product [to release]. 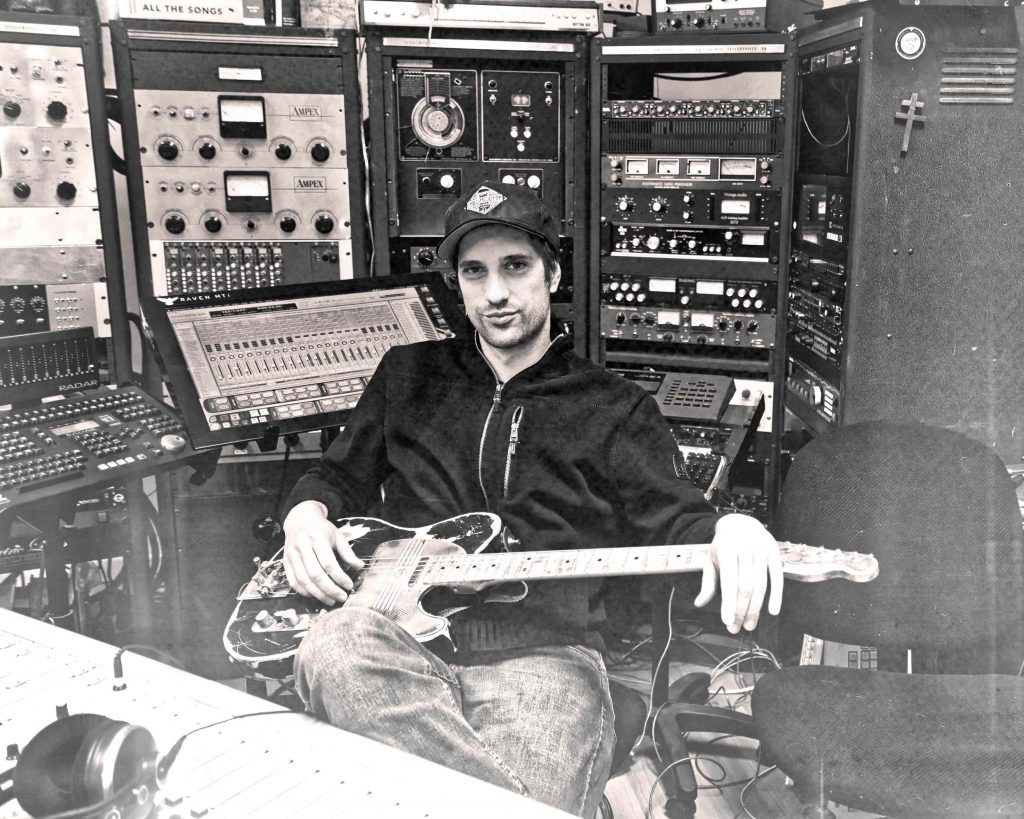 When did it start?

About a year and a half ago. It is fairly recent, but I’ve been working long enough [in the industry] to assemble a team beyond the army of one, so we’re able to move forward. It’s really done on a shoestring, but you have to have faith in something.

You mentioned wanting to conquer Asia like Alexander the Great. How does that work into your plan with Chromodyne?

I’m seeing India as becoming the second world economy soon. They have a growing middle class that we no longer have here and they have interest. If they have expendable income, they’re going to have a thirst. That’s why the civil rights movement happened in the United States, because you had a strong middle class and people had job security and time to think about other things other than their own immediate survival. Isn’t that interesting?

Everything has backtracked. The consumption of “culture” has gone so far down that people are now semi-illiterate, even with all the technology that is better than we ever dreamed. I understand that convenience is not necessarily a means to justify theory, but you can see who profits from these cultural crimes. 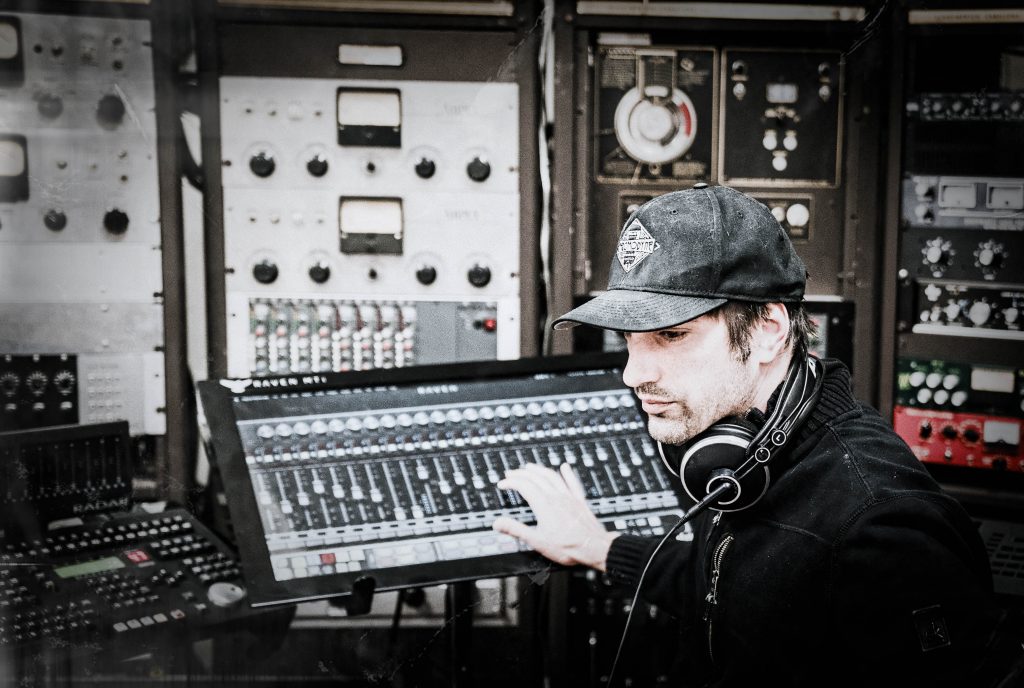