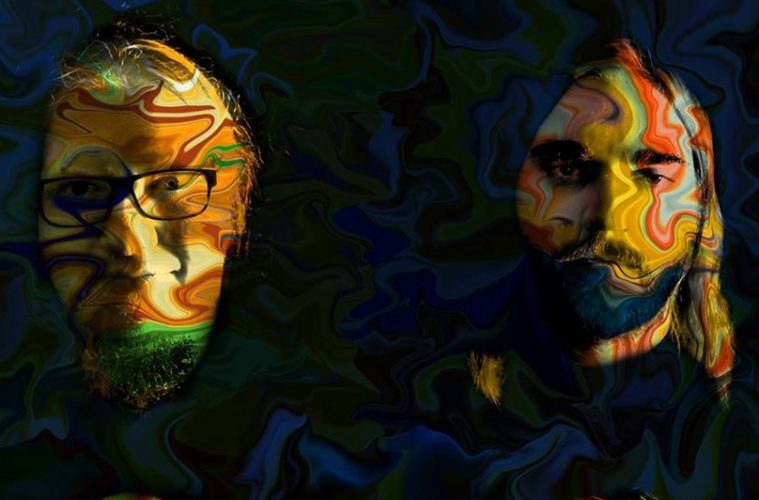 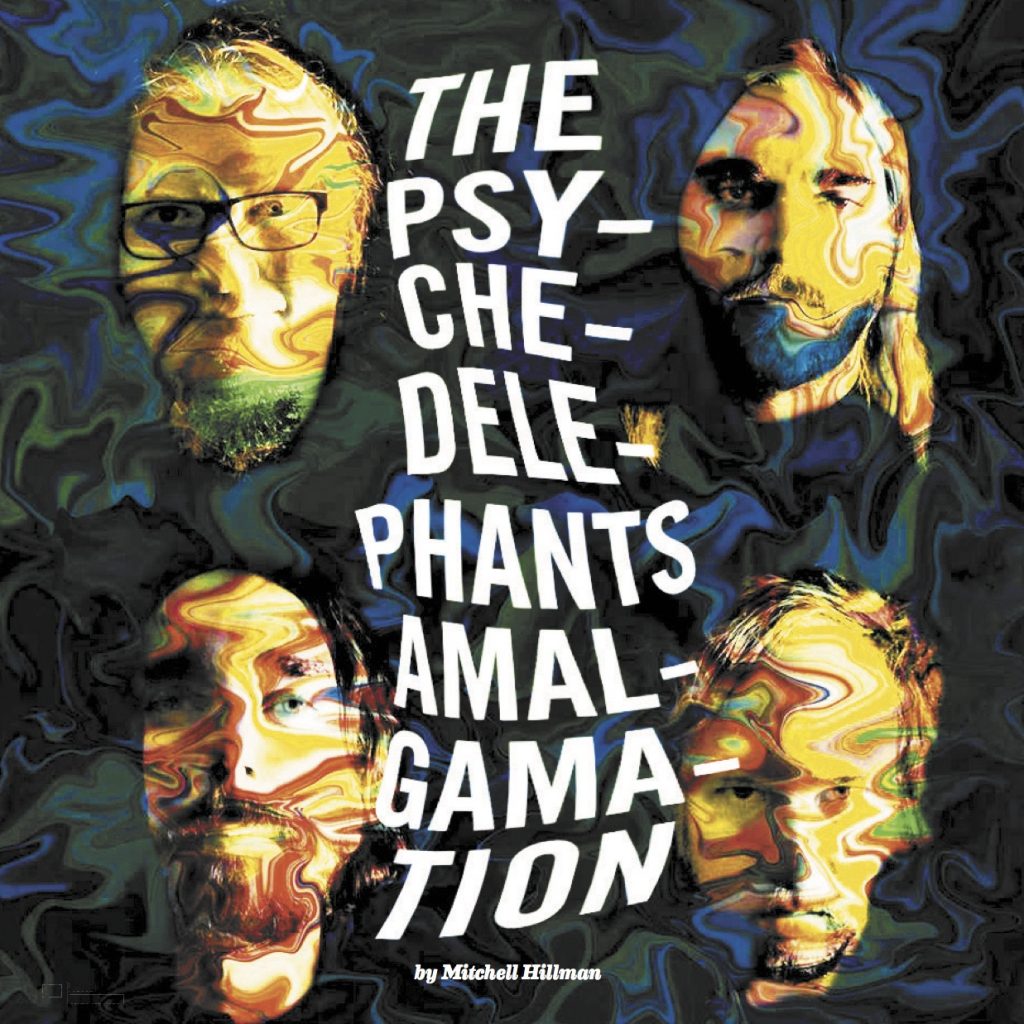 Somewhere around 2011, a new character started making a splash in the local music scene. Going by the name of Danger Paul, he had moved to the Valley the year before and was suddenly popping up at the usual hangouts of the time, Long Wong’s Firehouse, Sail Inn and The Rogue Bar. One particular night, he blew minds by joining as an extra guitarist for 88MPH at a Beatles tribute night at The Rogue. They played Revolver in its entirety, and that was Danger Paul’s calling card into the entire music scene. There are recordings of that amazing night floating around if you know the right people.

Soon Danger Paul Balazs had formed the first rendition of The Psychedelephants with Keith Fama, Calin Gross, Ari Leopold and Jesii Dobrusky. Clever singles like “Teenage Kangaroo” started showing up and got some airplay on KWSS. This would lead to their debut album, Asymmetrical Geometry, which, due to a series of unfortunate events, didn’t see release until late 2014. By then, the original lineup no longer existed.

With a renewed lineup and a heavier, crazier sound, Balazs (vocals/guitar) and Gross (lead guitar) continued on with Miles Tippet (88MPH, DeadFoxx) on bass and Spencer Ferrarin (The Redemptions, Hostile Work Environment) on drums – a sort of curated supergroup of some of Tempe’s finest talents. Their shows seemed to gel instantly, and their sound moved into its latest phase, which is equal parts psychedelia, prog rock and pop, bent toward the heavy end with a serious artistic vision. Watching the transformation of this band and Balazs’ songwriting has been a rewarding and revelatory experience.

Over the years, I would wager that I’ve typed “The Psychedelephants” more than any other writer, a damned difficult band name to wrap the keys around, but despite watching their every move, I couldn’t have been prepared for Amalgamation. I expect a band to either meet or exceed its live show when they commit to a record. The Psychedelephants have not simply matched the force and energy of one of the loudest live shows in town, but they’ve constructed a serious album here. It may have taken a year and a half to complete, but it was worth the wait, and it’s clear they didn’t waste this labor of love in haste.

I’m a sucker for an album that has link tracks. If I see regularly interspersed ultra short tunes in between epic songs, I get excited immediately. Before going into this record, I only knew the actual songs, so hearing how the four “Amalgamation” tracks and the “Prologue” would tie the entire thing together was something special. The tracks not only provide connective tissue throughout the movements of the record, but they also provide a platform for unbridled sonic experimentation. The Psychedelephants don’t overplay their hand with these fragments; instead they appear like aural corridors leading to the record’s next move.

“Prologue” starts with noise and conversation, then heads toward strings before the monster bass riff on “Stickbreaker” steps in and blows your mind. This prog powerhouse is only three minutes long, but there’s so much happening with that monster bass, the maelstrom of guitar and the fiercest drumming I’ve heard Ferrarin lay down on record. Somehow they take this juggernaut and make it catchy as hell, with a melody that reveals itself solely in memory. “Amalgamation: Part I” meets it on the other side with a hypnotizing repetitive riff surrounded by Hawkwind-like space that sounds like Nik Turner and Philip Glass got together for sixty-eight seconds. 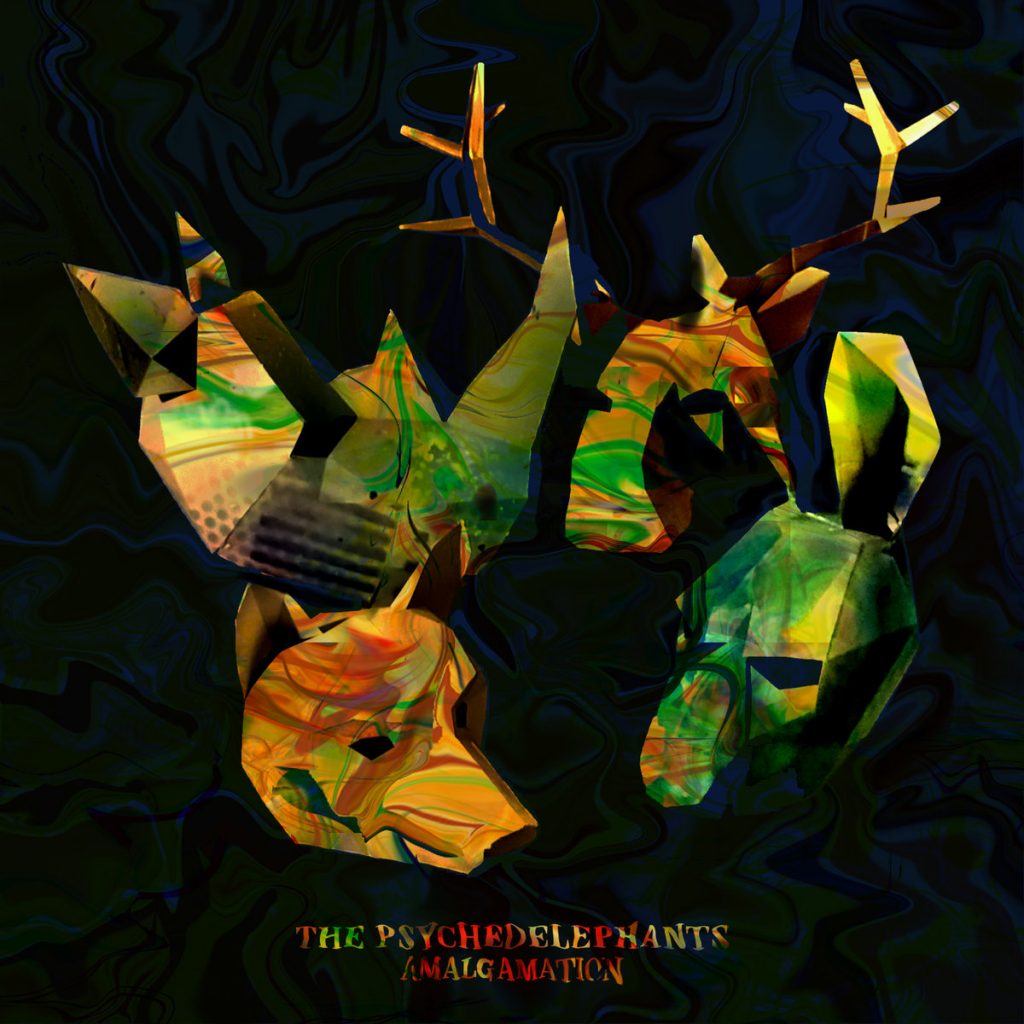 The preview single for this album was “Lunar Treatment,” released last September. It meets the current lineup’s monster rock with an earlier pop melodicism. The effect is something like mid-period George Harrison meeting King Crimson. It’s been one of my favorites in their set for what feels like forever, and it’s ideally placed on the first half of this record.

“Hypoxia” follows seamlessly and takes a more sinister tone, with a carnival-from-Hell backdrop and one of my favorite Balazs vocals. With an ever-encroaching, claustrophobic vibe, it sounds scary, but this is where the album truly kicks in and you begin to see where this wild ride will take you. “Fight the feeling of burning the building down” will stay with you for some time after each listen.
The album flows without pause into “Fata Morgana,” a song that chugs at you like a locomotive, before it goes into shimmering shades of Emerson, Lake & Palmer and then into the gooey center of the song itself. It’s another stunner and one of their newer numbers, with Tippet really killing the bass. Each song is a journey unto itself, yet the album becomes an entire experience. This is one of those songs that makes you realize you’re in the middle of something cosmically compelling and wildly fascinating. As the last lyrics, “I hate to bring it up, but you’re bringing me down,” fade, the guitars and percussion shimmer into strange noises that are completely leveled by the pure ferocity of the guitar on “Amalgamation: Part II,” which is completely ruthless in less than a minute.

The sheer pop and circumstance of “Optical Obstacle” is the equivalent of rainbows and unicorns flying off the record. It’s a three-minute pop song sent through a filter of Eastern European gypsy rock and then fed back to you through Danny Elfman’s third eye. If you listen carefully, you can catch a sound bite from Reservoir Dogs, introducing “Bark and Bite” as the tracks transition into one another. The song itself goes deep into psychedelic territory, with some of the coolest guitar work and percussion to be found here. “Just because you can, doesn’t mean you should,” sings Balazs, and you’re not sure if he’s paraphrasing Jeff Goldblum in Jurassic Park or simply discovering that this is a pervading truth about life.

“Amalgamation: Part III” is the briefest of the link tracks, connecting “Bark and Bite” to the swirling hurricane of “A Martyr.” It’s another bang-up vocal by Balazs, but you’ll begin to note that Gross is one of this town’s greatest secrets on lead guitar. It’s got a little bit of soul to it, jazz and a croon to boot. The pure guitar madness of “Photosynthetic” has been one of my favorites in their live set, but the difference here is that you can actually understand Balazs’ lyrics. It’s nice to understand the poetry behind the sunshine psych wave backing this baby up.

The murky beginnings of “What’s Your Poison?” do not last long before the song manically explodes into uptight neurotica and switches back again once or twice. It’s disorienting and dizzying to be sure, and they almost dip their prog toes into the math rock pond. Oddly, the song is the musical equivalent of being poisoned, if you’ve ever had that experience – not sure if that was intended. “Amalgamation: Part IV” takes your hand and guides you across the longest of these fascinating passages to the grand finale, with some modern jazz flourishes along the way. It disintegrates into strange sound effects and the crackle of vinyl before the guitar for “Contestant” erupts. 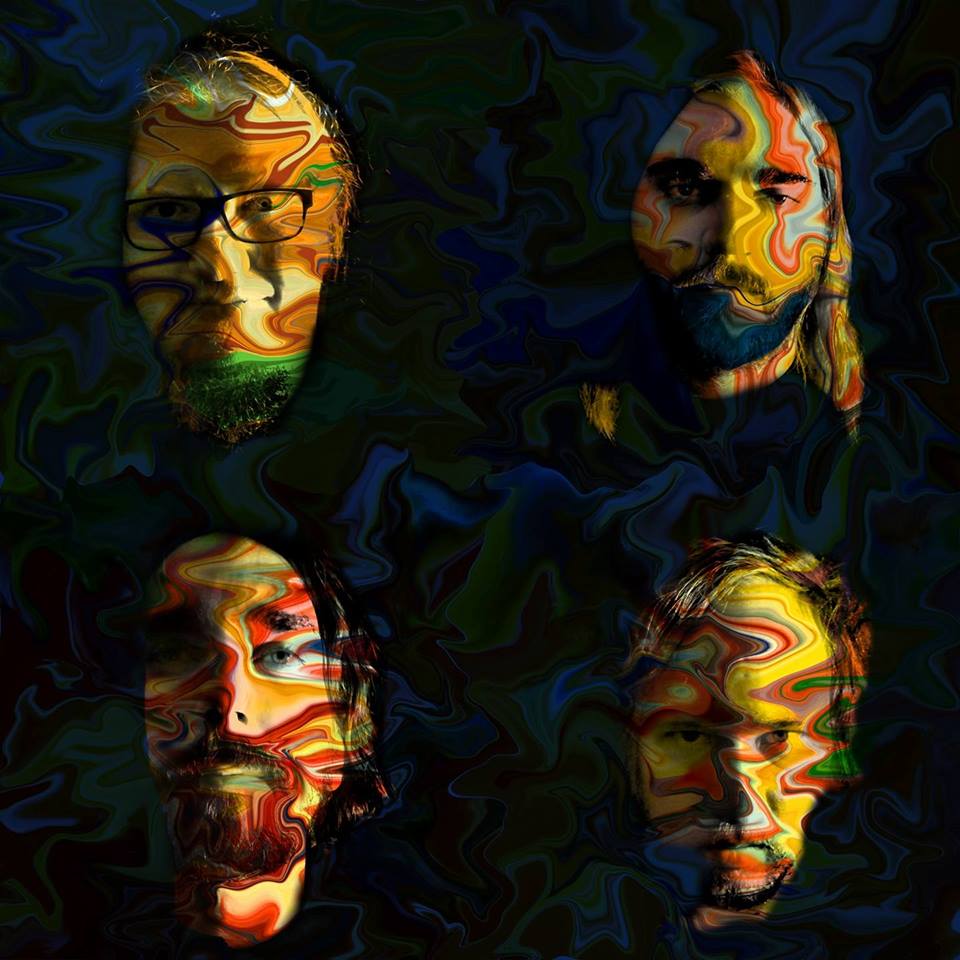 The entire band explodes, and once Balazs starts singing, this comes across as one of the most straightforward rock songs in their catalog, with a killer hook for the chorus. With straight-up rock, à la Queens of the Stone Age, this is the pure refined synthesis of The Psychedelephants and almost a nod and a grin that, yes, Virginia, they can do this too and completely own it. It devolves into total madness nearing cacophony. You could imagine a trumpet or sax adding to this, à la Fun House, but it collapses on itself with a rim shot and a cough, leaving the warm crackle of vinyl, obviously sampled, on repeat for three and a half minutes before fading into a crazed reprise that runs for the last minute, like a secret track for the digital age.

It may have taken nearly two years to get here, but The Psychedelephants’ Amalgamation has far exceeded expectations. It soars through territory no other bands touch in this town. This is a curated full-album experience that will make your soul soar, while giving your mind a place to go into hiding for a while. Amalgamation is not for casual use: this is an album to dive into with open ears and an open mind.