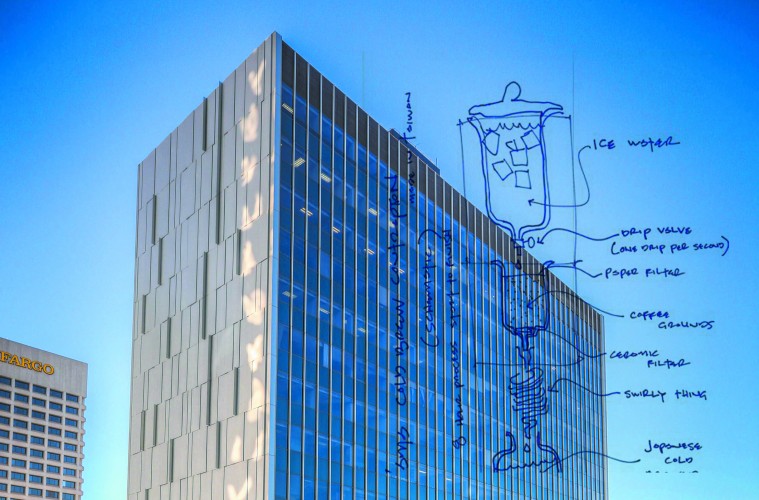 Essential for any good architect is not only an eye for design but also an uncanny ability to solve problems. That said, architect and business owner D.J. Fernandes has spent his time in Phoenix implementing solutions. Fernandes was raised in Rhode Island, a place not necessarily known for creative problem solving. The state, like much of the rest of New England, is known more for traditional thinking. But from a young age, Fernandes was goal and achievement oriented, playing nearly every sport in high school. This disposition lent itself well to his choice to pursue architecture, because the discipline requires advanced planning and strict process.

Fernandes was goal and achievement oriented, playing nearly every sport in high school.

After high school, Fernandes enrolled in the Air Force Academy as a walk-on baseball player. However, he realized shortly thereafter that it wasn’t quite the school for him and decided to take a wide left—he entered Tulane University. You can’t get much farther from the Air Force Academy than Tulane. “You go from very strict, very ordered, to a free-for-all. The kids were going out every night a 10 p.m. and getting back at 5 a.m. It was a shock to my system,” said Fernandes. In the heart of New Orleans, which is considered one of the most mystical and divergent cities in the United States, Tulane became the perfect place for someone with Fernandes’ drive for problem solving to thrive.

At Tulane, Fernandes decided to pursue architecture and was especially influenced by his professor Franklin Adams. “[He] was more of an artist than anything. He would break things down on a relatable level,” said Fernandes. The artistry and simplicity of Adams’ approach stuck with Fernandes, who believes in “relating to other people with respect and a rapport that doesn’t have to do with hierarchy. In terms of playing around with ideas, everybody has an equal value.”

Fernandes decided to pursue architecture and was especially influenced by his professor Franklin Adams.

After graduating from Tulane with his master’s in architecture, he did what a lot of people do after graduating—he traveled. Fernandes took a trip up the Pacific Coast Highway and stayed in Seattle for a while. Eventually he ran out of money. He’d left his stuff with a college friend who was living in Phoenix and decided it would be best to go back there and scope what was going on. Upon his arrival in Phoenix, Fernandes connected with his college friend and started working with him on a few architecture projects.

After a while, they formed a business partnership. Fernandes got the real-world experience he needed from the partnership, and in 2007 he bought the building that would house his first restaurant, Tuck Shop. The original idea of Tuck Shop was to create a sort of clubhouse for dinner parties, but ultimately it became a restaurant that combined comfort food with some of Fernandes’ Rhode Island favorites. Tuck Shop filled a void in Phoenix for a design-oriented, chef-led restaurant in an up-and-coming city.

In 2007 he bought the building that would house his first restaurant, Tuck Shop.

Thankfully for Phoenix, Tuck Shop was just the beginning for Fernandes. After his success there, Fernandes was approached about a space near 7th Avenue and McDowell. The vendor specifically targeted him because they wanted a local company, due to the overwhelming presence of chain restaurants nearby. Fernandes was originally hesitant because of how oversaturated the area seemed, but he came up with an idea for a breakfast spot, Vovomeena, since there wasn’t anyone doing breakfast on that corner and because the shop would be open while the others were closed. 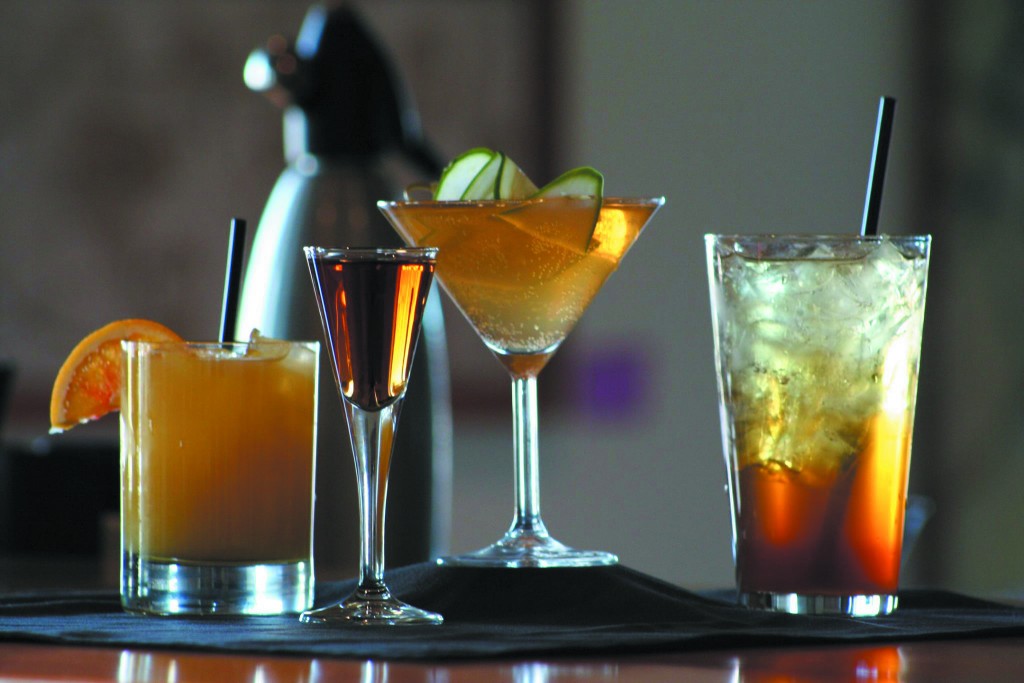 “It was a good fit. It’s all about context. If you’re in Venice that’s got to inform the decision-making process differently than if you’re in Beverly Hills,” said Fernandes. In that sense, Phoenix was in need of local flavor, as the city center was being renewed and people were moving back into the area. Many of them wanted to eat at local establishments, and Tuck Shop and Vovomeena were able to help fill that need.

“It all becomes much more authentic with those types of folks,” said Fernandes. “It’s just nice to see the community getting built from within rather than the opposite. Once people see the same opportunities can be afforded locally, then many more folks are going to be apt to go that route, rather than the national chain.”

This impetus drove Fernandes to open Mornin’ Moonshine earlier this year. Mornin’ Moonshine serves a cutting-edge Japanese-style cold-brew coffee (which has been featured in the Arizona Republic, Phoenix Magazine and Edible Phoenix and at the Devoured culinary festival). The cold brew comes in six different flavors and is made by placing ice above coffee grounds, in an impressive scientific-looking apparatus. The ice is allowed to melt and saturate the grounds. Fernandes was a pioneer in cold-brew coffee in Phoenix, and now it has become a ubiquitous staple in shops around town. Again, keeping with his tradition, Fernandes found a need (in this case, an alternative cold-brew method) and created a solution.

Phoenix is the perfect place for experimentation, as other large cities don’t allow the same degree of flexibility. 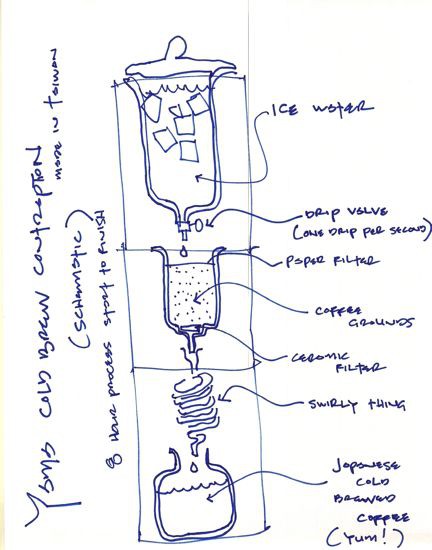 Mornin’ Moonshine is located in the historic midcentury Monroe Building (111 W. Monroe St.), in the heart of downtown. Fernandes has branched into real estate development and is now a partner/co-owner at Ironline Partners, the company that owns the vintage high-rise. Six floors up, they will be constructing a “funky” workspace for the companies Gainsight and Allbound starting in February. Fernandes, who is acting as both architect and project manager on the build, is excited by the level of enthusiasm that both companies have expressed about moving into the building, which also houses the new Phoenix office of rideshare giant Uber.

In terms of the space itself, Fernandes is planning on a great deal of openness and modular furniture. “A lot of companies [are starting] to use collaborative workspaces. This one will be wide open. There will be lots of exposed concrete and it will be much funkier than the typical drywall and acoustical ceiling office environment,” Fernandes said. He is also enthusiastic about the diversity and local flavor on the ground floor of the Monroe Building, because he believes that locally owned is a better investment. Joining Mornin’ Moonshine is Hidden Track Bottle, Esoteric Audio, Black Cat Vintage, Club Pilates, Downtown Phoenix Dental Boutique and ZPizza & Tap Room—100% local companies that have “direct authentic relationships with their customers,” according to Ironline co-owner Tim O’Neil.

Another exciting development in the Monroe Building is a project in the works for the 19th-floor penthouse. The 27,000-square-foot space, with 15-foot ceilings and panoramic views, is prime for some creative design ideas. Though the plans aren’t finalized, Fernandes is excited about the potential for this stunning top-floor space. “For me it’s all about problem solving. How do you get from point a to point b in the least amount of moves. It is like solving a Rubik’s cube or riddle,” he said. 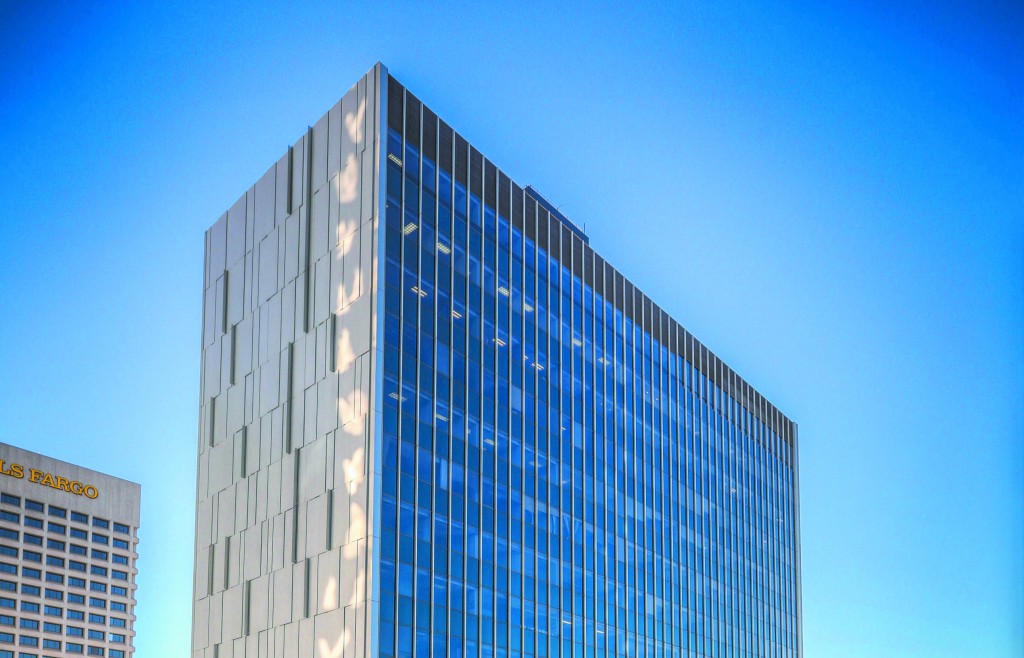 Given the influx of developers who are bringing new condos and non-local businesses to downtown, it’s important to have the counter balance of those who are dedicated to preserving history and keeping things local. Within that idea of preservation is creativity—finding original ways to maintain the existing spirit while re-imagining the possibilities. One of the main driving points for Fernandes’ creativity is avoiding complacency. “I like to try and stay on the front end of creativity. Rather than seeing what is taking place and mimicking that, I look at what hasn’t been done yet,” he said.

Rather than seeing what is taking place and mimicking that, I look at what hasn’t been done yet.

Fernandes is keen on making sure that he never gets too comfortable and that he stays in the right place for that kind of thinking. Phoenix is a city that is always in transition, so it’s imperative that we have people who are working 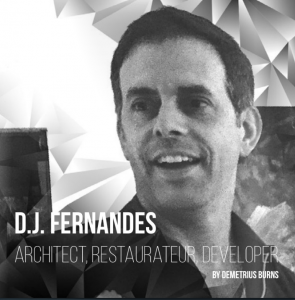 to make adjustments and tweak what is here to make it more livable. For Fernandes, Phoenix is the perfect place for experimentation, as other large cities don’t allow the same degree of flexibility. It’s this malleability that is a large draw for Fernandes, and with every divergent step he takes, Phoenix is able to stretch beyond what any of us could have imagined.