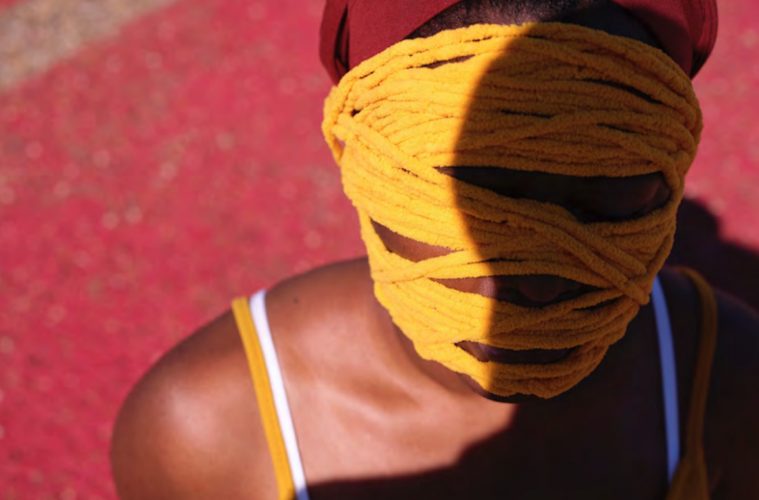 Modified Arts: Oracles of the Other

Merryn Alaka’s latest curatorial project is already creating a wave of interest before it even opens. Entitled “Oracles of the Other,” it plays with Afro-futuristic themes that challenge Western stereotypes about Blackness at a time when many theorists are exploring the meaning of Afro-futurism 2.0. Coming in the wake of Alaka’s vaunted curatorial project Americana, she’s opted to take an even broader curatorial purview that addresses the most pressing issues of the day, and with equally impressive results.

“Oracles” includes the work of artists from across the nation but also includes important locals such as Jasilyn Anderson, making it a truly ambitious survey of contemporary art. Walking into the gallery, we find ourselves confronted with motifs that nod to both Afro-futurism and Astro-Blackness in the work of Granville Carroll. Wholly cosmic in nature, Carroll’s photographs point as much to the dichotomies of heaven and earth or time and eternity as the interplay between a more limited egoic-self-conception and the path toward transcendental awareness. In his work, Blackness is a stage for radically different notions of figure-ground relations that often serve to reframe how we think about the world around us and our place in it.

Mahari Chabwera’s work falls along similar lines, only it ventures into the inner cosmology of African mythologies and the collective unconscious. Her art practice consists of paintings, ritual interventions, Womanifestos, and re-edited recordings that challenge how we understand the questions that circumscribe Blackness today. One might even say that her art practice is focused on exploring the contradictions of the undercommons, which are already implicated in the psychological, symbolic, and unconscious biases behind the exercise of privilege and power.

By contrast, Bee Spider’s work is more concrete in nature, playing with material and spiritual contractions in a way that broadens our perception of thinking about difference as an embodied set of practices. Working with wood, craft, and kitsch objects, the work is part of a much larger set of concerns that involves addressing social inequality, issues of habitation, and even rehabilitation, but never at the cost of being didactic. Instead, Spider’s pieces remove the kinds of expectations that are often associated with the representation of Blackness by matriculating them into a realm of mutual exchange, appreciation, and economies of reciprocity.

Taking up a very different type of labor-intensive art practice, we can say that Qualeasha Wood’s tapestry pieces aim to be allegorical in nature, transformative in meaning, and often qualify as transitional objects in the realm of representation. They engage with a more eclectic set of concerns that shows itself through the queering of different archetypal figures. In this sense, her works are in dialogue with ages long past and the present moment, while hinting at intimations of a future anterior. This is because her work issues from a committed sense of picturing Blackness anew by using figures that demonstrate the kind of agency that is exercised over and against the projections and constraints of normativity.

Another artist embracing the idea of Black speculative futures as a liberatory force is AJ Mcclenon. The work challenges the codified indexes of the cultural imaginary by creating narratives that disarm us through the play of productive fictions. Part trenchant critique of the art world, part tongue-in-cheek retort, there is little that Mcclenon won’t use in order to put a new spin on historicity, narrativity, and the retroactive rethinking of society’s expectations about what Blackness means tout court.

Working in a more performative register, the art of Tay Butler presents us with a living bricolage of concerns about Blackness and its relationship to the process of enculturation. Often using his body as a canvas for memories and memoriums, Butler’s works points to how white histories have often made an exquisite corpse out of Black experience. Butler’s performative aesthetic resists this horizon of oppression by bringing the signs and signifiers of Blackness together in suti– as a gesture, act, or action of reclamation.

And perhaps this is what the oracles of the past also achieved, namely, a sense of forbearance about our possible futures. After all, the future is always implicated in how we think about the place of otherness, which can only be addressed by making the paradoxes of the present visible in the hope of seeing our way toward a better tomorrow. By this measure, “Oracles of the Other” meets and surpasses our expectations at every possible turn by presenting us with timely visions of Blackness inscribed under the dispositifs of Afro, Astro, and Black speculative futures.

Oracles of the Other