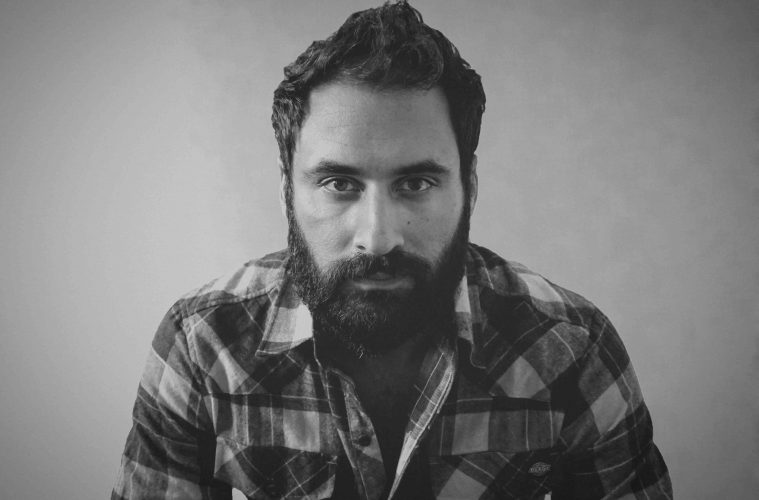 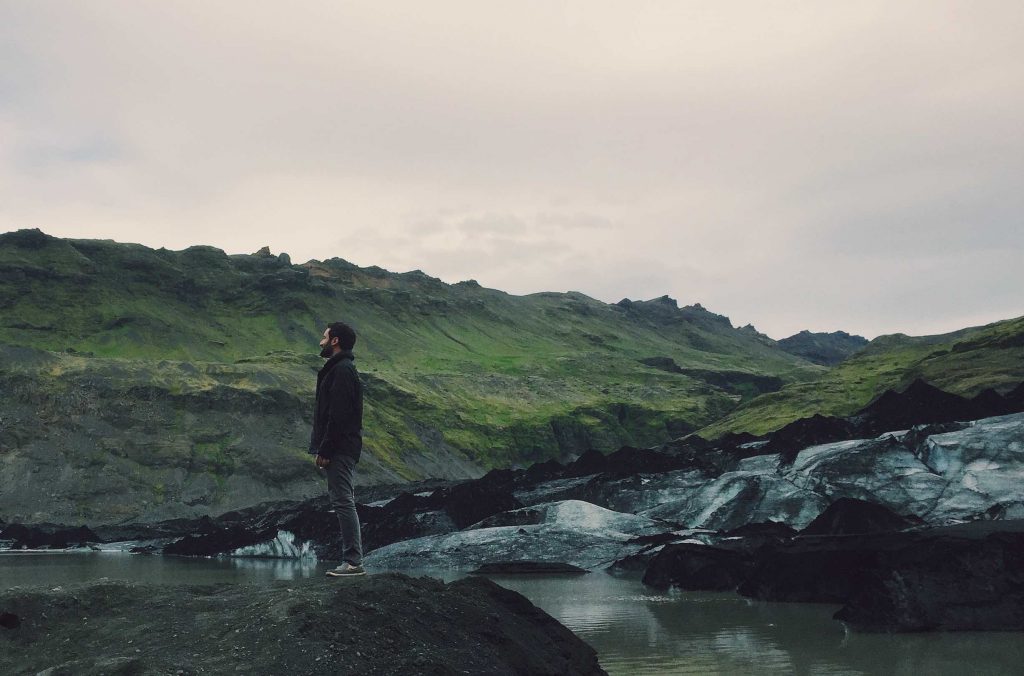 During the height of modernism, poet Ezra Pound exhorted people to “make it new.” The mantra of the 1990s was seemingly to make it cool. Phoenix’s Justin Katz has an aesthetic—born from ’90s inspirations—that is indisputably cool and refreshing. More important, Katz employs his taste as a means, not an end in itself: to create good in a world overwhelmed by the pollution of thoughtless advertising.

Katz is a 10-time Emmy award–winning motion design director who has worked with clients such as Apple and Coca-Cola. His work has helped brands explain their values and goals through animated videos. These companies capture the zeitgeist and are in many ways responsible for our ideations of cool, where consumers are consumed in a never-ending cycle. Working with such clients means staying on the crest of culture. Katz has seen how narrow the corridors of cool are, where finding oneself means disconnecting to capture the human experience. 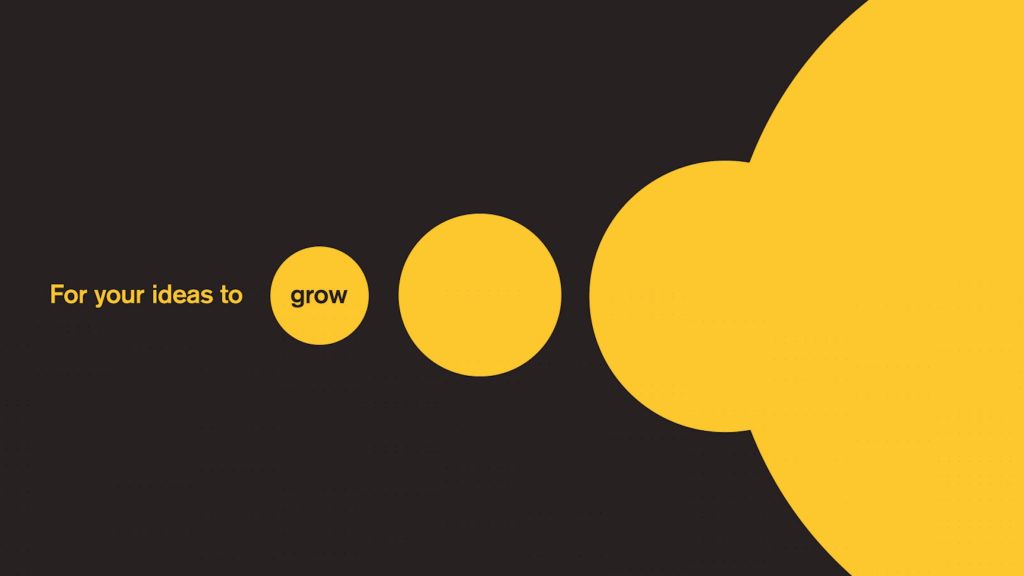 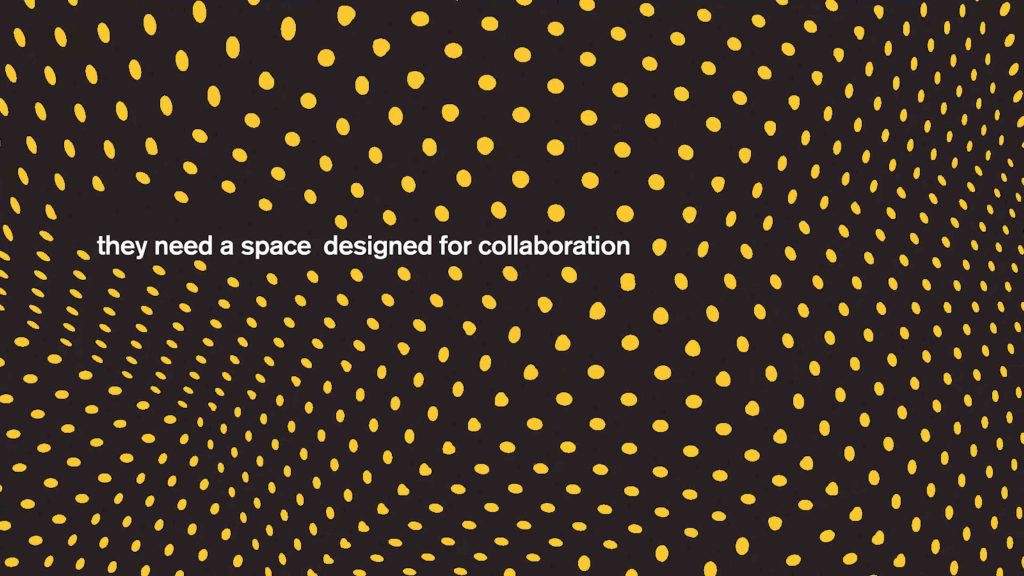 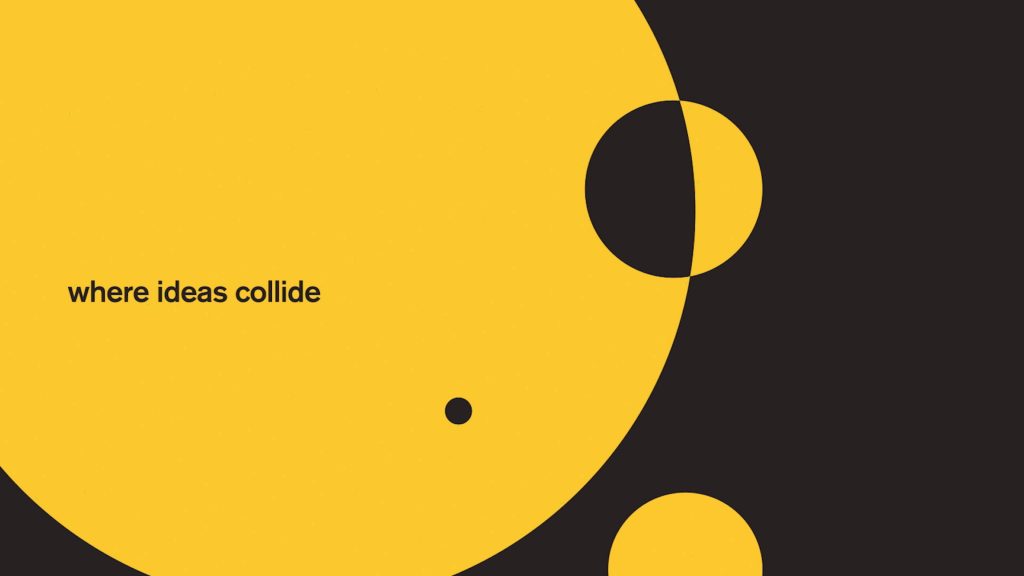 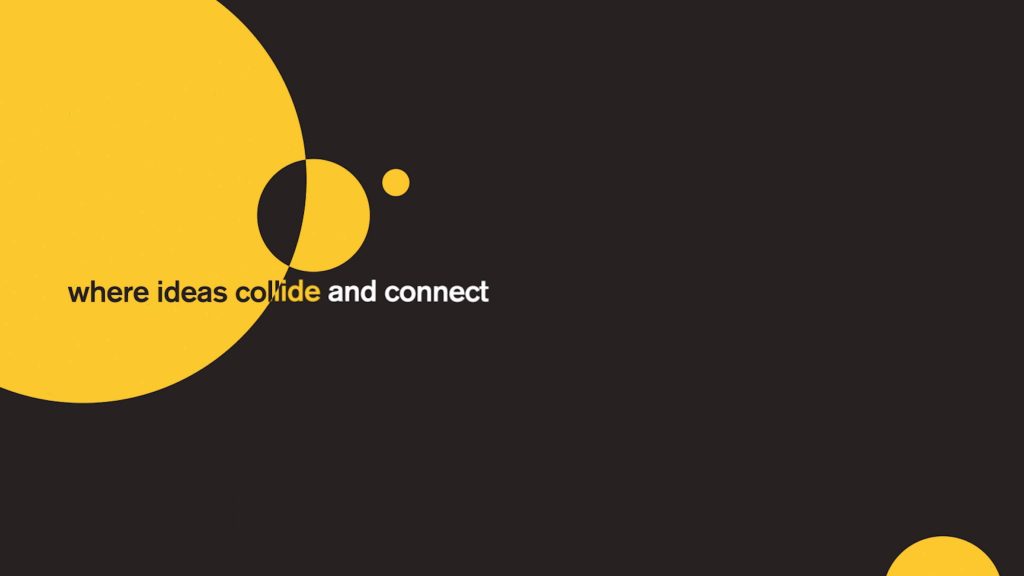 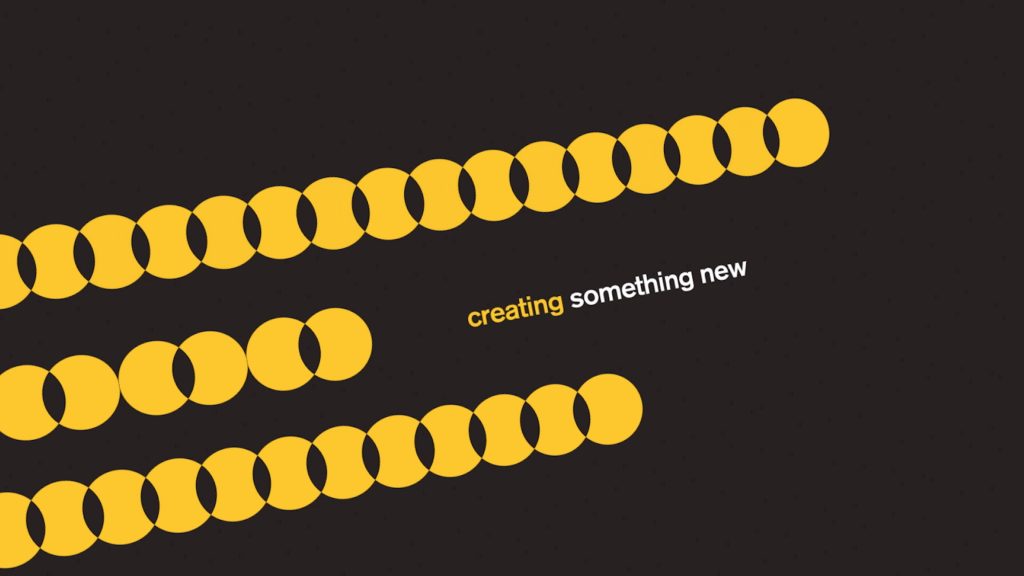 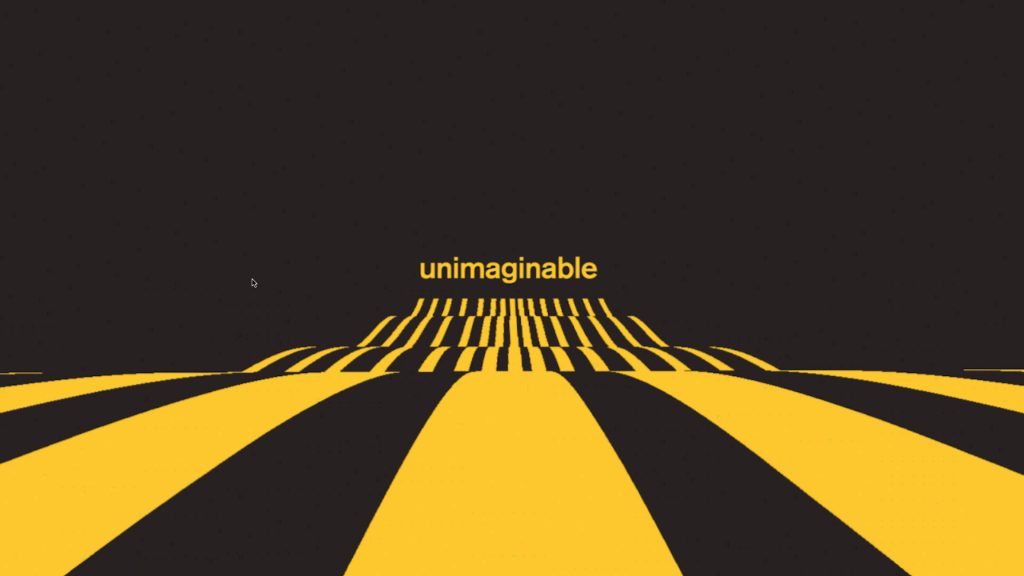 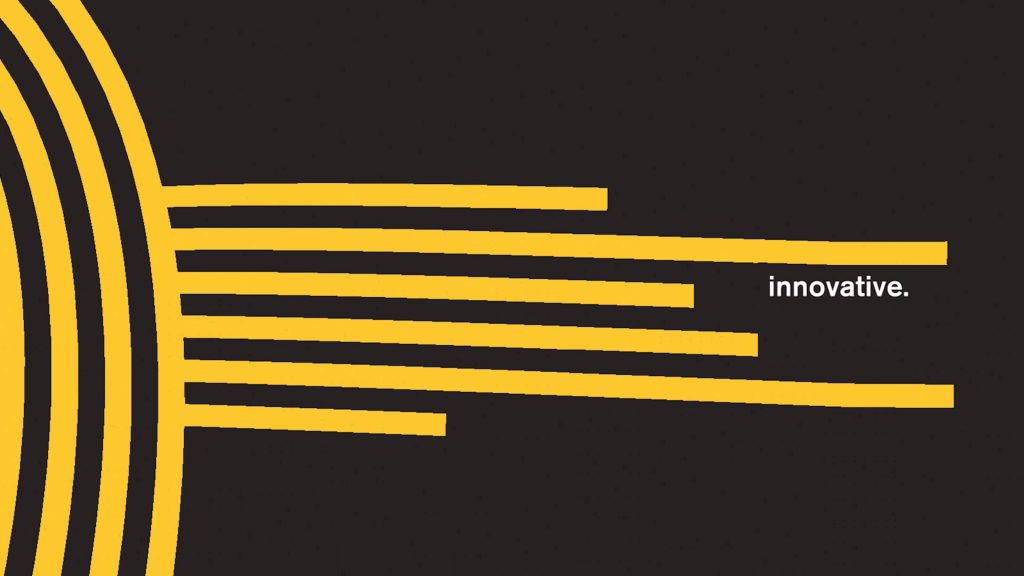 Cartoon Physics: Animated Imagination
With his parents’ support, Katz as a child gravitated toward cartoons and creativity. He would often show up late to Hebrew school on Saturdays after watching cartoons—his Technicolor education. Katz enjoyed building spaceships and figures based on whatever show he was into. Whereas some kids passively watch television, from a young age, Katz tried to replicate it as best he could. In elementary school he took apart $5 video games to make one big video game out of all the various pieces.

One of the most influential devices of Katz’s childhood was a Sega Master System. While he was still in kindergarten he saved up almost $100 and originally wanted to get a Nintendo. However, the employee at the store suggested Katz get the Sega, which had more capabilities—including 3D glasses. Persuaded by the employee, Katz went to buy the Sega with the $100 that he had saved, only to discover that it cost $105. He looked at his mom. Instead of helping with the purchase, she drove him home and explained how taxes worked. He spent the whole week hustling for money and eventually came up with the additional $5 to buy the Sega. It was an important lesson in financial responsibility, according to Katz, and the game system played a major role in his aesthetics. “My master system is still there [at my house],” Katz said. “That game system super-influenced my childhood. In my senior thesis film, I actually referenced the system game Hang-On.”

When Katz was in middle school, his mom got a mini VHS, and he convinced his teachers to let him make videos instead of writing papers for projects. His favorite video involved producing a “South Park”/“Macbeth” hybrid. He learned about filmmaking and editing, along with one of the most important artistic lessons: to appropriate. As a high schooler, he didn’t hide his influences: “The Upright Citizens Brigade,” “The Tom Greene Show,” “South Park,” sketch comedy and late-night talk shows. As he grew as an artist, he began to “hide his sources” more. But, like all great artists, he stole in order to grow.

Katz traveled quite a bit in high school. On a cruise through Europe, he read Spin Magazine and came across a review of the Air album Moon Safari. The review made him excited about listening to the album, but it didn’t match his expectations. “It sucked. There was maybe one track on that album [that I liked],” said Katz. After the initial disappointment, Katz boarded a train with his parents and ventured off to sit by himself. While the sun was rising, he decided to give the album another chance. This time it clicked. “It became completely cinematic,” said Katz. “That happens a lot of times for a lot of people. It was one of those moments. I got OK Computer and The Bends at exactly the same time. Before that, I was listening to [more simple stuff like] the Beastie Boys and A Tribe Called Quest. It’s the high school years where you are trying to grab all this art that fades away later in life.”

Katz did it all in high school. During his senior year he was captain of the soccer team, president of the student council, prom king, editor-in-chief of the yearbook and a member of the wrestling team. He also performed in a school musical. He sought out experiences and took advantage of all the avenues available to him. 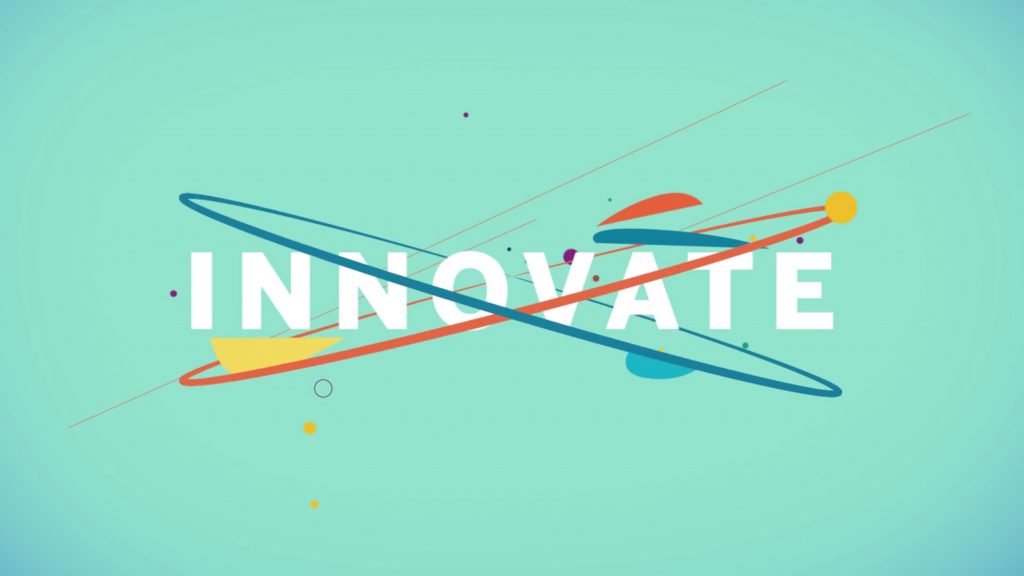 The Motion of a Designer
After graduating from high school, Katz went to Rochester Institute of Technology (RIT), where he studied animation. During his junior year he saw a video from the filmmaking and design collective MK12. Watching it changed the way Katz wanted to go about animation and design in general. After graduating from college, he landed a job as a motion designer at Landor, a top brand consulting firm. He was essentially their motion design consultant and mainly worked with other designers to help them tell their stories. While he was freelancing for Landor, he got a job with J. Walter Thompson—perhaps the most renowned advertising agency in the world. 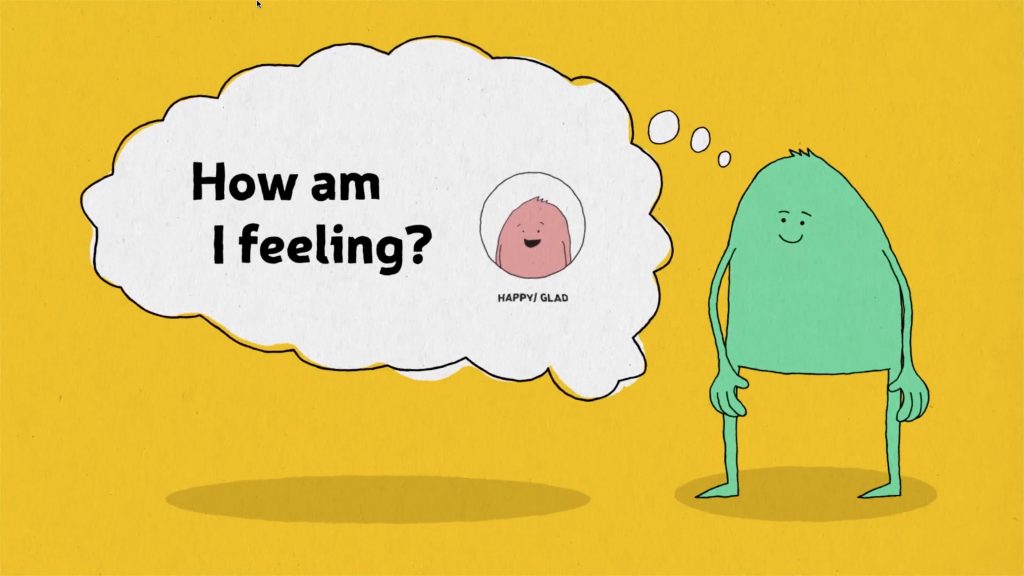 In many ways, he had it all. However, the working conditions weren’t optimal. “The hours were ridiculous,” said Katz. “I was so fast and so good at what I did. I would finish work in half a day. Then I would sit around and wait all day for the creative director to approve it.” The intense demands of his job eventually drove him to Arizona in 2006, along with his wife at the time.

Katz likes to point out that his parents were a big influence on getting him into a position to succeed. His parents paid for half of his college, and when he graduated they got him a Spiderman poster signed by the Hildebrandt brothers. “I got the poster and felt this horrible feeling,” said Katz. “I had never really thought about my career or if I was really good. I never really thought if I could be successful. The poster had so much to it. For years, it sat in storage or with its back facing me. It wasn’t until I did the title sequence to the AIGA National Conference that I actually put it up on the wall. I graduated in 2004, so seven years later.” 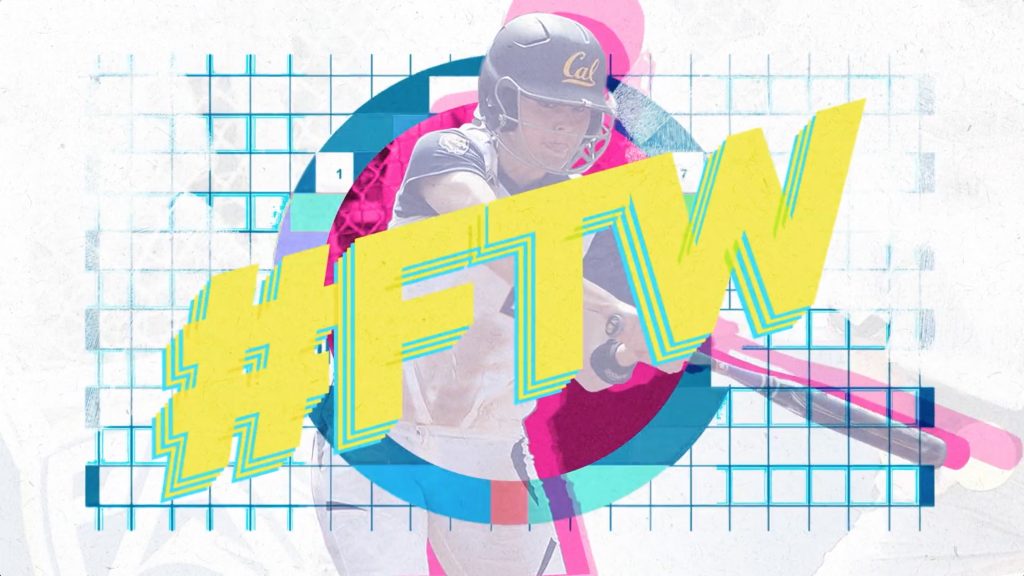 Giving a Flock, Learning a Lot
After moving to Arizona, Katz got a job with an ad agency that mainly did car commercials. He thought the work was boring and felt like he was stepping on people’s toes too much with his opinions. “Now that’s what I always do,” said Katz. “I try to take people’s ideas—I truly believe that my clients already have the ideas in their heads. Everybody has a problem they need solved.” So, Katz decided to start his own business called Flock of Pixels, which doesn’t produce traditional advertising. Instead, Katz specializes in explainer videos, which help illustrate a company’s main objectives and values.

With these videos, Katz attempts to fight visual pollution—a term coined by Jason Johnson, referring to the glut of thoughtless advertising that bombards us on a daily basis. Katz focuses on the power of narrative. He believes telling a good story comes first and aesthetics second. Given that, he will spend weeks with clients coming up with a narrative. Sometimes, Katz even persuades clients not to do a video if he doesn’t think it will tell a good story. 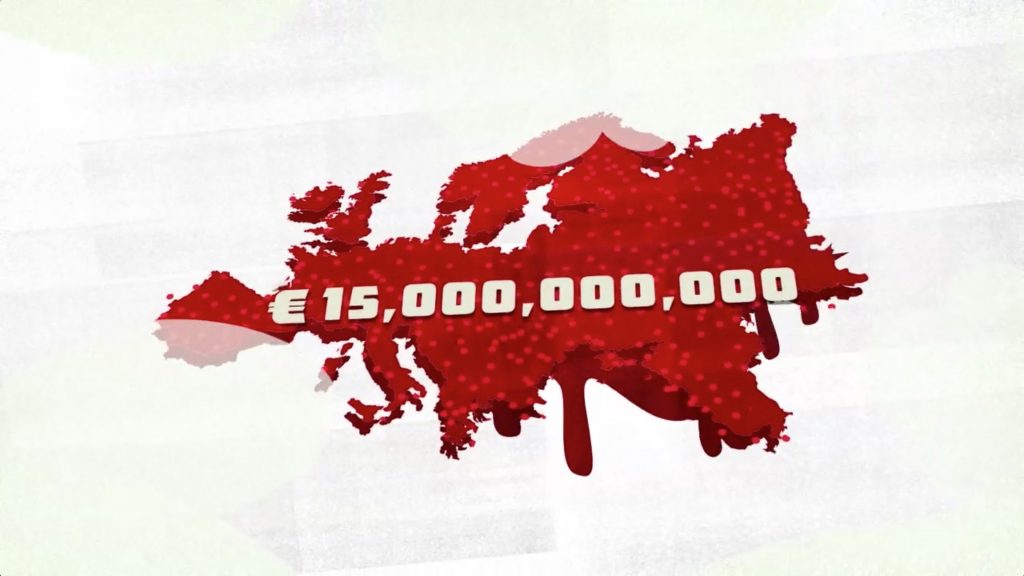 About three years ago, Katz’s story changed in a major way when he and his wife divorced. This set him on a path of self-discovery that helped him realize he had ADD. People had often told him that he might have ADD, but he never got an official diagnosis or sought help until his divorce.

“My mind will go on several tangents,” said Katz. “If someone starts talking to me about a topic, I will already be on the fifth topic. It’s that kind of stuff that helps me to be creative in my career. It’s also that type of stuff that I realized was hurting me in my relationships.” Another issue that Katz addressed was his time spent working or distracted on the Internet. He wasn’t spending enough time with family or seeking out new experiences. Katz determined to change that and did.

“I ran with bulls in Pamplona; stayed in a castle in Italy; took Amtrak up the West Coast,” said Katz. “Experiencing new cultures and environments, even eating new cuisines, helps you be more empathetic and understanding of the human condition, so you can connect with people. I feel like I am a totally different person than I was three years ago.”

Recently Katz and his friend Dave Woodruff came up with an idea to create a new business that would focus on helping non-profits partner with corporations to hire artists for creative work. Often, non-profits want to produce high-quality projects, but their budgets restrict them. Katz and Woodruff want to procure corporate sponsors for non-profits to help them pay creatives to make great projects. By investing in artists, non-profits and corporate sponsorship, Katz is using his experiences to help others. He is giving cool a conscience and, in turn, is making conscience cool. 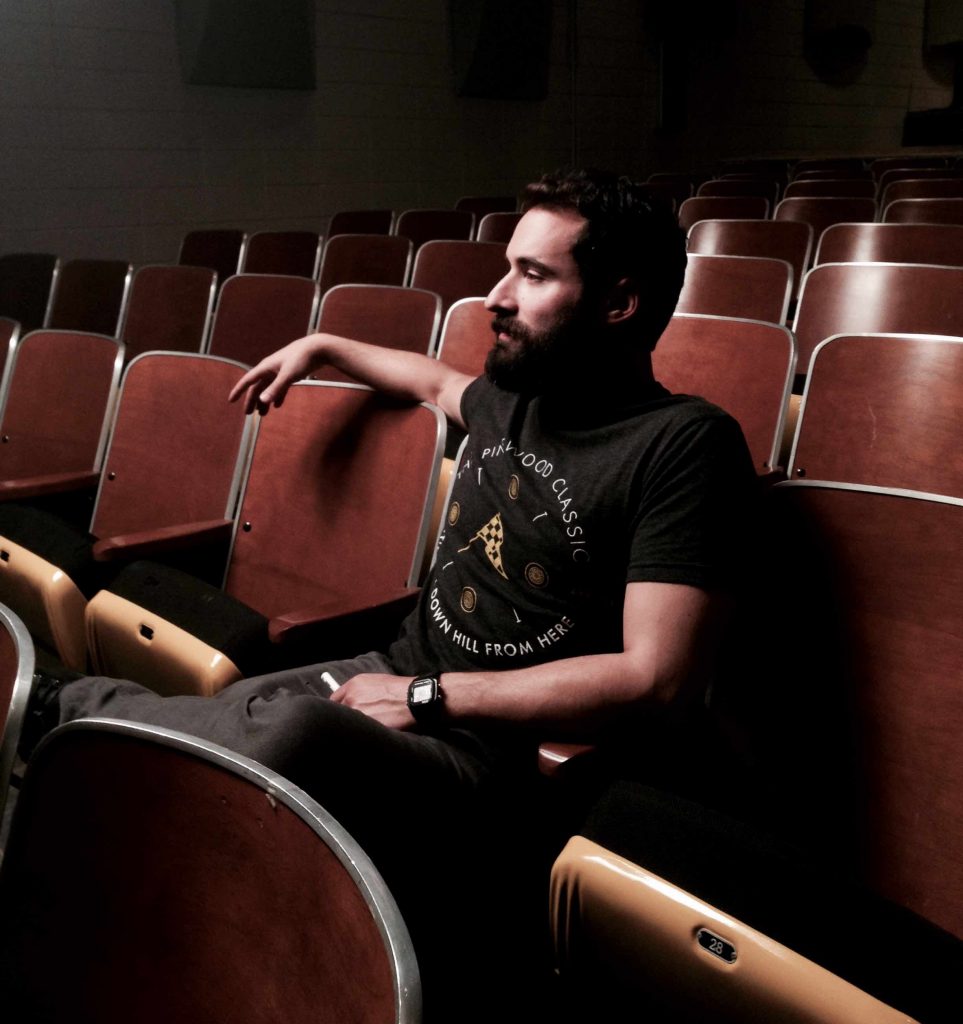