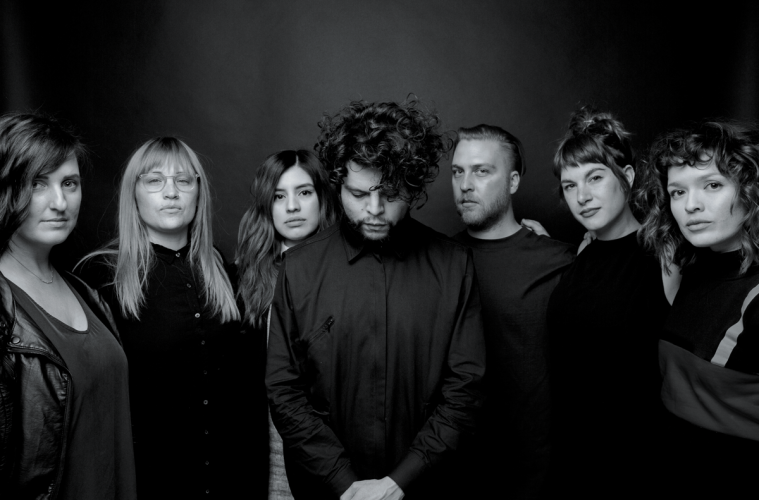 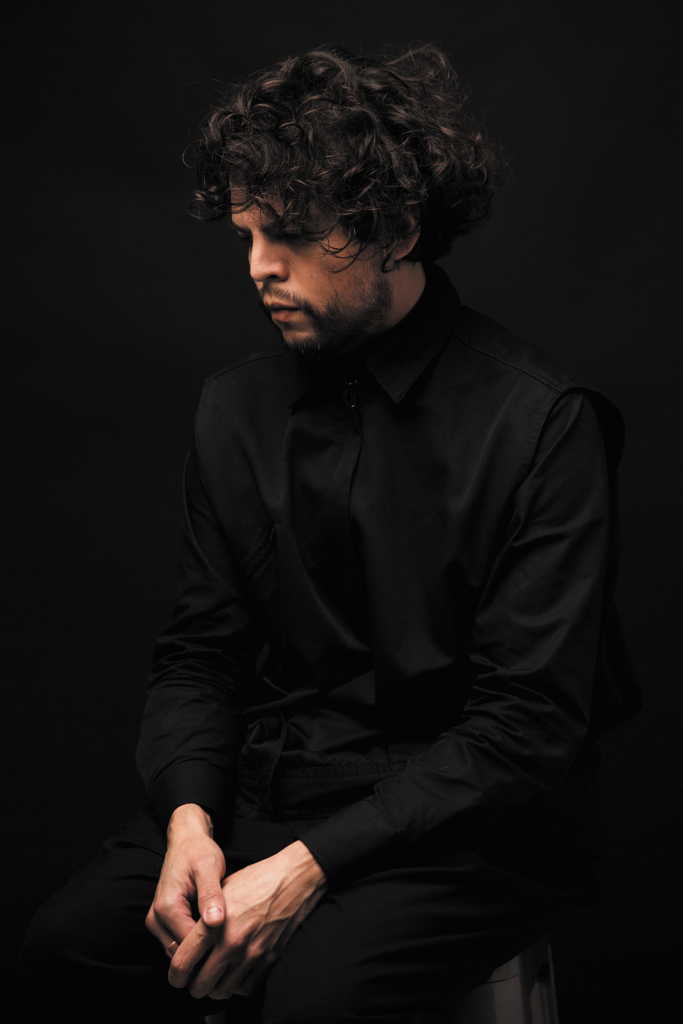 Walking into Palabra hair.art.collective is like stepping into a canvas.  The walls feel high, and though they have art on them, the placement feels as though you’re ingesting much more blank space than art. As a viewer you are invited to create meaning, to pull it apart, to have a space within the space.

The art in no way overpowers your narrative or feels intrusive.

Even the music when I walk in is hushed. It’s King Krule, a new wave jazz musician, crooning. The words are inaudible. Everything about Palabra feeds off nuance and space—hyper minimalism. The shop’s construction synthesizes the vision of Palabra in general.

Tucked away off Pierce and Seventh Street, Palabra has been open for three years now and is planning a move in January to a location that puts it in the spotlight even more. Owner and curator Jorge Torres calls this move his major label debut—his LP, in other words. 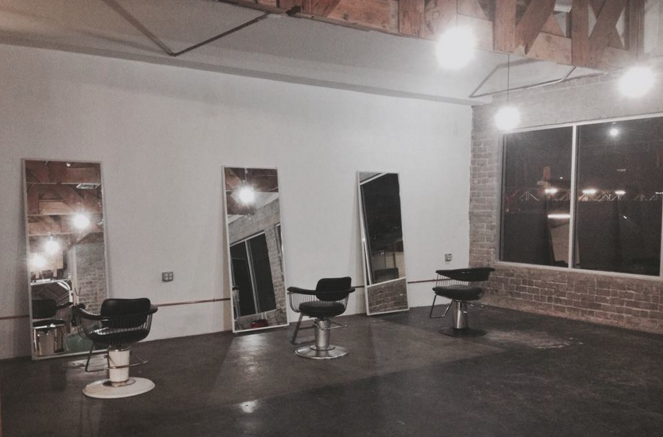 If Palabra were a style of music it would be a modern take on jazz. Jazz by nature is about breaking rules and imagining the future with a respectful ode to the past. Palabra is a jazz ensemble that incorporates a matrix of parts working together to push Phoenix forward in a new way. 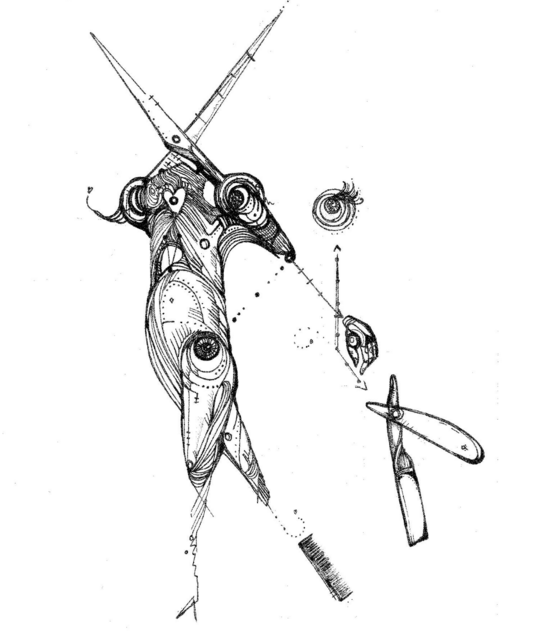 The physical space serves as both hair salon and gallery.

Palabra hosts a bevy of artists who are all, in their own ways, emerging from the crevices of Phoenix. “I thrive on discovering something new and watching its growth,” Torres said. “To me that’s a much more mesmerizing and beautiful process than bringing in someone that’s already established.”

The current space is one big room that contains gallery and salon, but in the new space those functions will be more segregated. The desire to break up the space speaks to the pride Torres has in both, and a sense that he doesn’t prioritize one over the other. All components of Palabra are as important as the next, and Torres wants people to be able to experience them separately.

It wasn’t that long ago that Torres was relatively new to the scene himself.  Raised in East Los Angeles before moving to Phoenix for high school, he took on his parents’ love of music and submerged himself in the local music scene. His first foray was a project called Mexikatek Productions with Nico Paredes, which brought innovative Spanish-speaking bands to Phoenix.

By chance and through the magic of the muse of music, Torres was distributing fliers for Mexikatek at Hair Pollution when his fashion sense caught the eye of the receptionist—so much so that the receptionist requested that Torres meet the owner, Tad Caldwell. Torres eventually became Caldwell’s client, and through their friendship Caldwell recognized the creativity in Torres and persuaded him to attend beauty school and later apprentice for him.

While at the shop, Torres hosted several shows and worked faithfully for six years before opening up Palabra in 2012. Palabra was originally in the smaller space—a former bail bond office—in the same building it is in now. The older space was about one-third the size of the current one.

Though there have been lots of changes over the three years, and the number of artists involved with the Palabra brand is at an all-time high, the vision has stayed the same: invest in the new.

For in Torres’ own story there’s a lot he owes to being given a chance. Caldwell recognized him as someone with a lot of potential and saw skills within his arsenal that Torres might not have seen himself. The impact of that is not lost on Torres, who as a curator is driven to bring out the best in the artists he represents. They are growing with him, emerging out of the shadows to produce art that is forever challenging—expanding on the blank canvas that often attracts people to Phoenix.

The challenge within any city is gaining exposure. How do nontraditional artists generate support when they haven’t met the people who will feature their art in a way that honors them? Torres is very much committed to preserving and respecting the individual processes of the artists, whom he often finds on the periphery.

“You think of someone coming out of the shadows and how vulnerable and private that is. They are often over protective of themselves and their work.” -Jorge Torres

With that understanding, Torres is delicate with artists who have been behind the scenes, for whatever reason, but not for lack of talent. 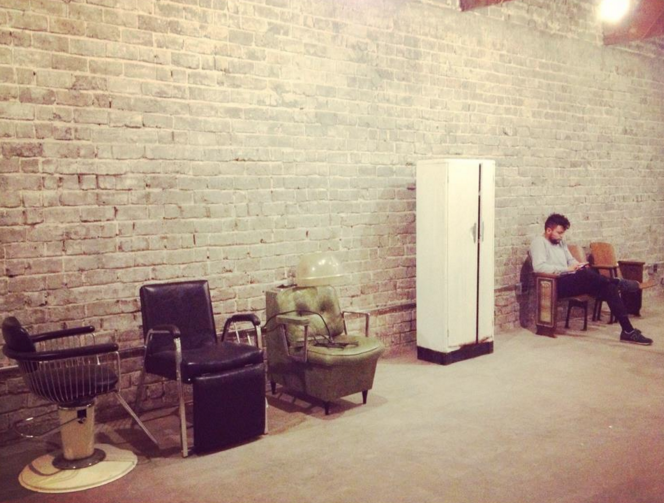 Torres stresses that Palabra’s main orientation is incorporating the new into everything they do. When you look around the space, there are three pieces hung on the center wall, and one in particular arrests my attention in a strange, perplexing way. The piece looks like a hazy Technicolor interpretation of a character from “Where the Wild Things Are,” and it immediately challenges all my notions of what a monster is. The piece seems to be a testament to the duplicity of suffering and pain in a way that feels new. There are about 30 different hues in it, and I can count at least six different shades of blue. The artist responsible for this piece is Josh Brizuela.

There are few people in Phoenix as invested as Torres, and he doesn’t stop moving. The day I walked into Palabra, he had his hands immersed in water, shampooing a client’s hair. I’ve seen him outside the shop at odd hours of the night sweeping and doing maintenance. Along with his fiancée, Priscilla, he is creating space and emerging in real time. You can talk about change all you want, but if you aren’t in the trenches, you will get run over. 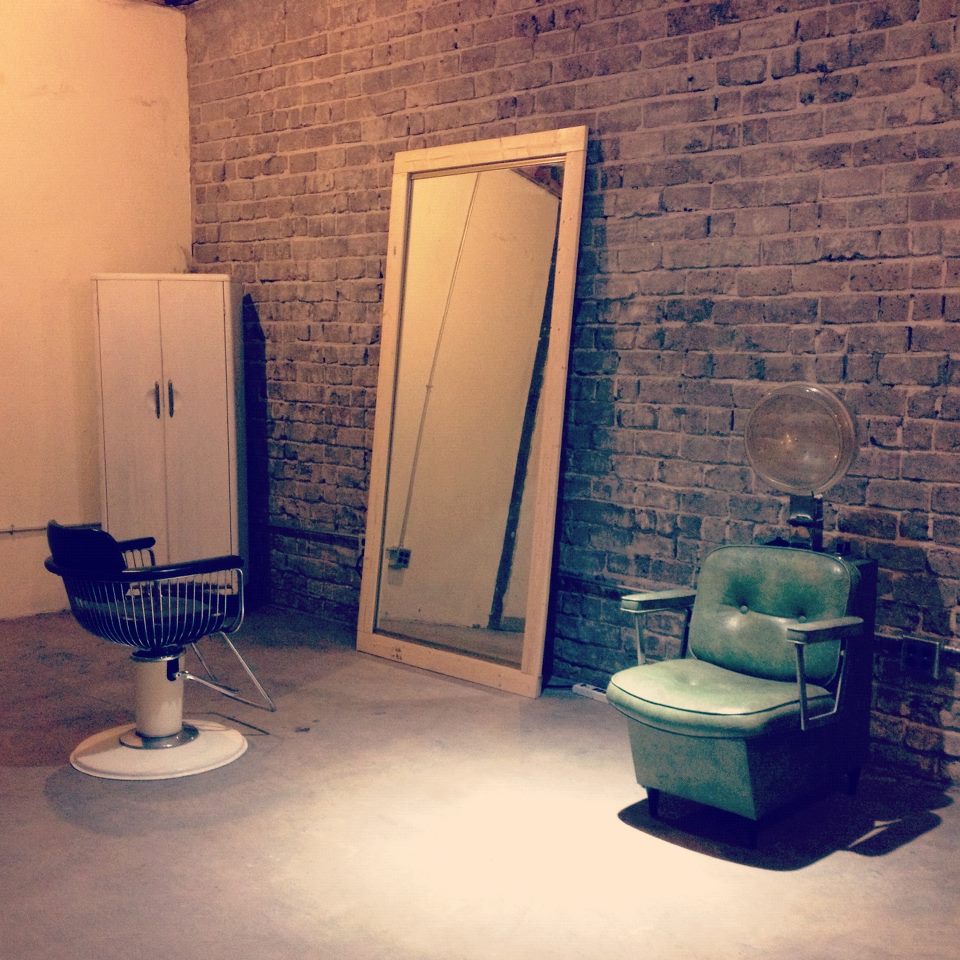