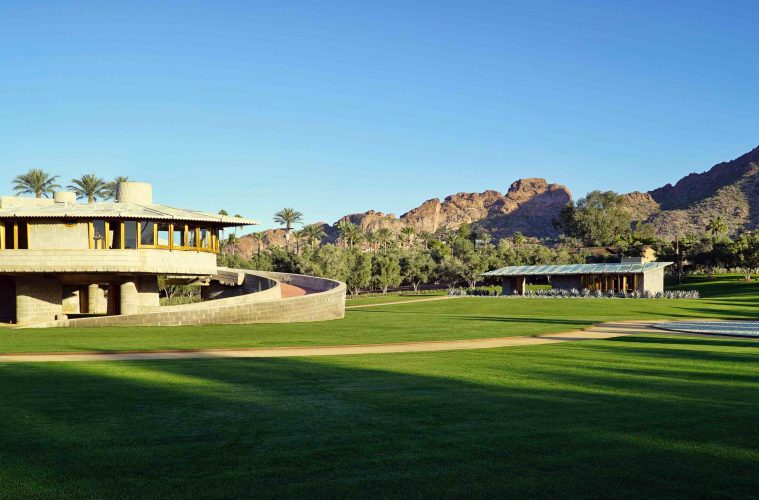 The historic architectural home designed by famed architect Frank Lloyd Wright for his son David and daughter-in-law Gladys was built in 1952 as was one of the last residences designed before Wright’s death in 1959.

Bob Hassett of Russ Lyon Sotheby’s International Realty said the goal of the sale was to find a buyer who would preserve the iconic house. “We had several offers over the past few years, but the buyers always wanted to only tear down the house and build all new ones.”

“The sellers wanted nothing to do with those proposals as their intention from day one, when they purchased it back in 2012, was to make sure the home and its integrity would be preserved, as such a historic Frank Lloyd Wright masterpiece should and will be. These are the perfect buyers for this property, and we are all extremely happy that we were able to put this all together,” said Hassett.

The company that purchased the home, Benson Botsford LLC, includes members Bing Hu and Wenchin Shi, who both served as architectural apprentices at Frank Lloyd Wright’s Taliesin West. They plan on meticulously restoring the home, including adding a new copper roof that was part of Wright’s original plans.

This announcement is reassuring for many, as concerns for the home’s longterm preservation has been in question for years, and rising property values in Phoenix’s upscale Arcadia neighborhood have left this architectural masterpiece vulnerable to a potential teardown scenario.