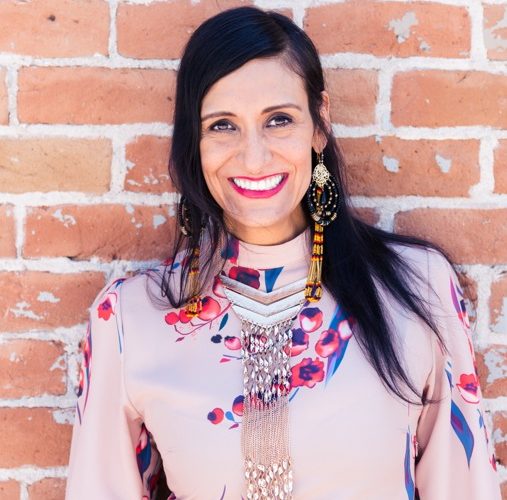 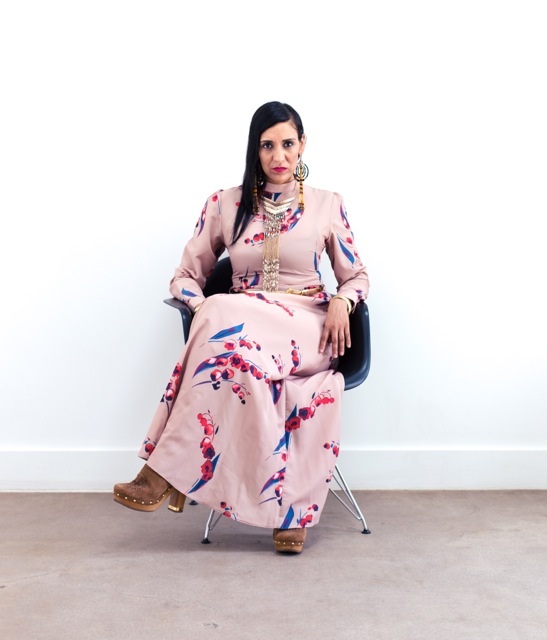 Phoenix filmmaker Jo Ann Lujan developed her imagination at an early age. As an only child, she was always inventing stories and coming up with characters in her head to stay entertained. However, the very things that kept her sane made her outcast among her peers. She was bullied throughout school and never quite fit in. “Everything was real imaginative to me. I lived in a different world,” said Lujan.

A native Phoenician, Lujan was born at the county hospital and grew up off Van Buren and Thirteenth Street. Her household was one that inspired creativity, as she came from a family of artists. Her father was in a mariachi band and provided her with kaleidoscopes and film slides to help her develop vision and imagination. He wanted her to become a musician like him, and in school she played the trumpet and sang. Yet, she was called to do something that took her outside of herself and into the world of other people.

She got her diploma from Maryvale High when she was 16 and decided to go to Spain. By the time she was 22, she had backpacked throughout Europe seven times by herself. Traveling helped her develop a sense of self. At one point, she was part of a female mariachi group in New York, but her lively imagination led her to develop a love for film. What immediately drew her to film was the logical component—the technological precision of it all. Lujan eventually moved back to Phoenix and started going to film school. She won an award for an experimental film. Oddly enough, she didn’t even attend the award ceremony. “As a filmmaker, at least with me, you’re not really proud of anything. I could keep working on the same film for years,” said Lujan. 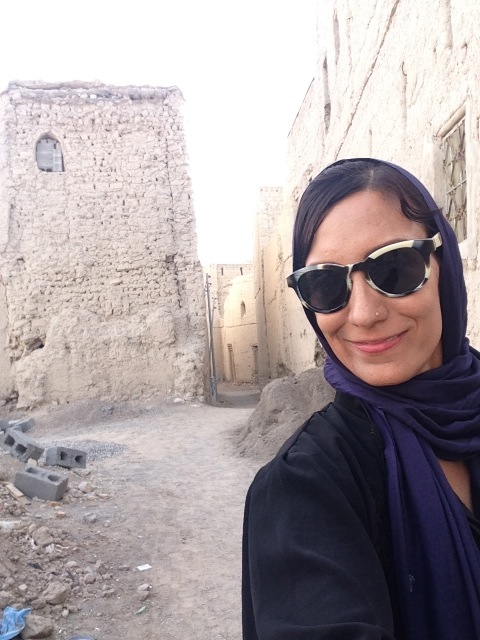 Lujan kept a passion for film, but unfortunately it didn’t pay the bills. So she dropped out of film school and developed skills as a practitioner of the holistic sciences. “Being Mexican, we always had natural remedies. My grandfather was very into herbs. It was just programmed in my head,” Lujan said. At one point, Lujan was even working at Bloomingdale’s tweezing tourists’ eyebrows. She said this experience helped her learn to deal with high-stress situations and practice perfection.

Through it all, she still had dreams of making films. “It never left my mind. I always wanted to be a filmmaker,” said Lujan. “I needed a good job with 401k, to take care of myself. I don’t have a wealthy family. Living in New York City on your own, you have to watch your back. But I would see movies all the time. That’s all I did. I saw it as one big school. If film comes first, everything else is second.”
The subject matter of her films up to this point is surreal in nature. One of her favorite directors is David Lynch. She sees him as very mysterious, yet evocative. She employs a lot of hidden messages and tries to challenge her audience to look beyond the surface. Her work also involves lots of theatrics and costumes. Her film entitled “Purgatory,” for example, includes a scene where milk is poured over a girl while she is chained up.

Lujan was able to continue to pursue film during the periods when she returned to Arizona. She would take classes at Scottsdale Community College. Most of her stays were temporary, until her parents became ill, which has made it necessary for her to return for an extended period. During this time, Lujan decided to continue her degree program at SCC, and just a month ago, she received her film degree after almost 20 years—completing the dream that she had as a teenager. Everything about her story celebrates the spirit of pioneering individuality, which is captured in the Phoenix spirit, as well. Lujan is a Phoenician through and through, in herself and her art. 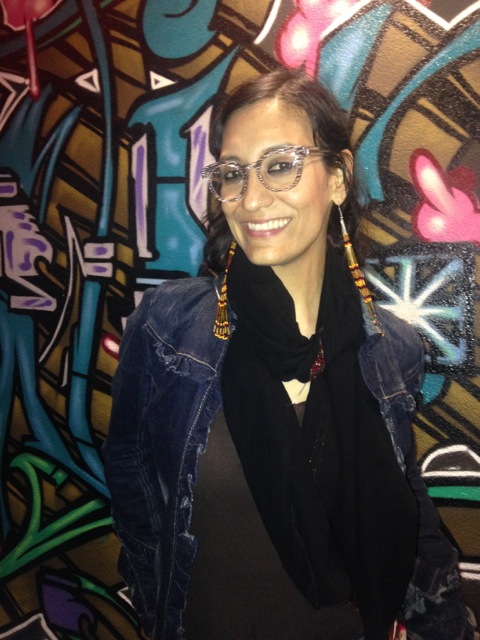 “Phoenix is a desert, so it’s very spiritual in a way. You have to go into yourself and find yourself. You have to make peace. It’s just a blank canvas here. You can do things,” said Lujan. One of her main inspirations in the city is a fellow artist named Tara Logsdon. “I admire her raw, artistic view. She has things to say that I’ve never thought about saying. She is really intellectual, but she hides it,” said Lujan.

Near the end of her term at SCC Lujan met the rapper Candyman (Candell Manson) in a documentary class. Candyman is known for his hit song “Knockin’ Boots.” He was interested in doing a documentary on the origins of hip hop, and wanted to make it a sort of a save-the-music public service announcement. Lujan believed that she could help tell the story and joined Candyman as the director on the film. The project was awarded a grant by SCC; however, it has not been an easy process. Everybody on the crew eventually quit, so at this point, it’s just Candyman and Lujan.

At one point, the school banned Lujan from the soundstage right before she was about to shoot a major interview. She had to scramble, using her own money to rent equipment to conduct the interview. Candyman attempted to fire her from the project, but she was resilient. She argued with him for three hours, earning his respect and letting him know that she wasn’t going to back down. “It’s just a lot. I can stay up for days and watch the sun come up. Then I have to go on tour and film it. I have to design everything. I have to get all these celebrities on board. Then I have to go to all these concerts and after parties, lugging equipment on my back. I am filming and have to be technical with all the sound. The thing is, I can do everybody’s job. I did everybody’s job. I have done everything,” said Lujan. 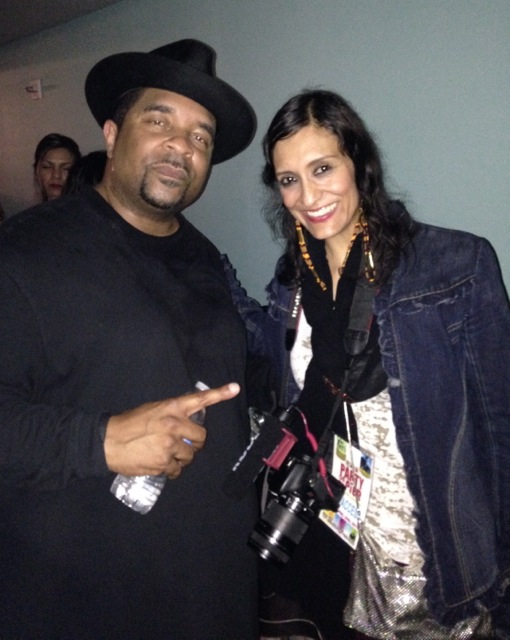 “For the first year and a half, I kind of just threw myself into this documentary. It took me that long to fully understand the story—what the motive is. I feel like it’s for everybody. I’m not looking to make a profit out on this project,” Lujan said. “Candyman has been an amazing mentor. He has always been that way. He is a real professional. If he says he is going to do something, he does it. We work well together. I would never have been able to meet all these people without him.”

Lujan sees herself as an activist by sharing truth through film—an attribute Candyman believes is an asset to the project. “Jo Ann is a go-getter,” he said. “She has a background in hip hop and that helps. She also has a feel for what it is I’m trying to do. We’ve worked together for over a year and a half, and we can still sit at the table together and complete each other’s thoughts. As far as her being a director, I feel like she is going to be one of the greats if she continues to do it. She puts her heart into her work, and not everybody has that kind of heart.” 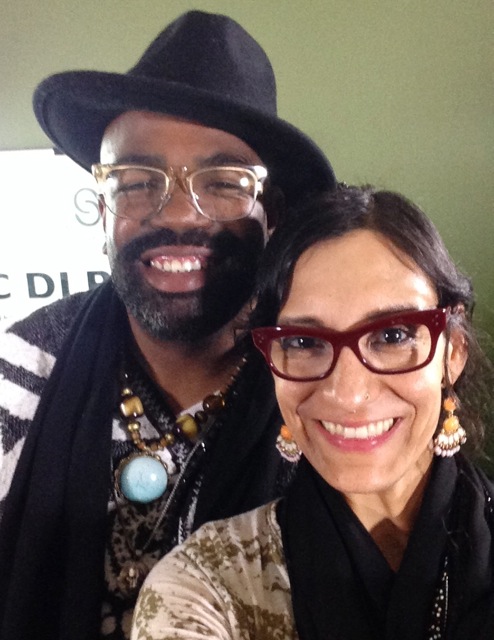 Hip hop is defined by rebellion—going against the grain. Lujan has lived a life filled with individualism and experimentation. If there is a filmmaker that can capture that dimension, Lujan certainly is that person. A lot of people want to make films and tell stories, but not everybody can. It takes time. Even when Lujan visits her parents in the hospital, she takes her notes to work on the documentary. It is an all-consuming project.

Lujan believes that filmmaking is like walking, and with every step, she is coming closer to realizing her dreams and the dreams of the artists she documents. 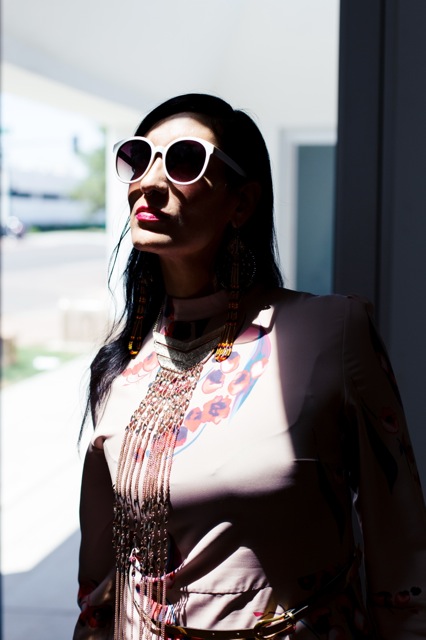