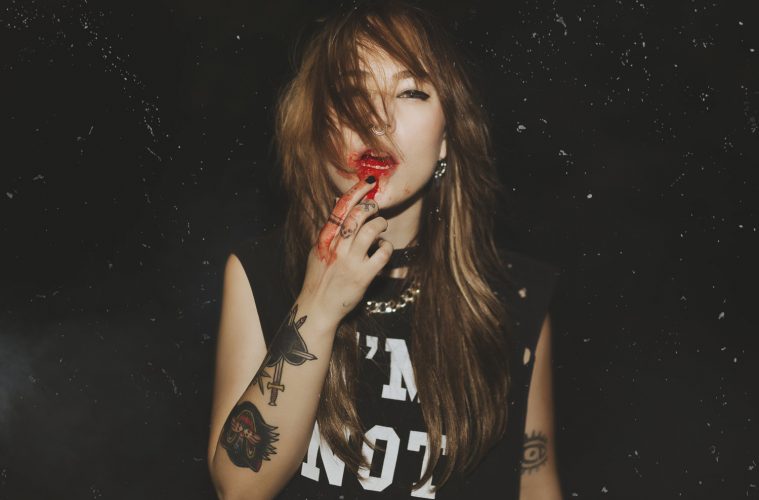 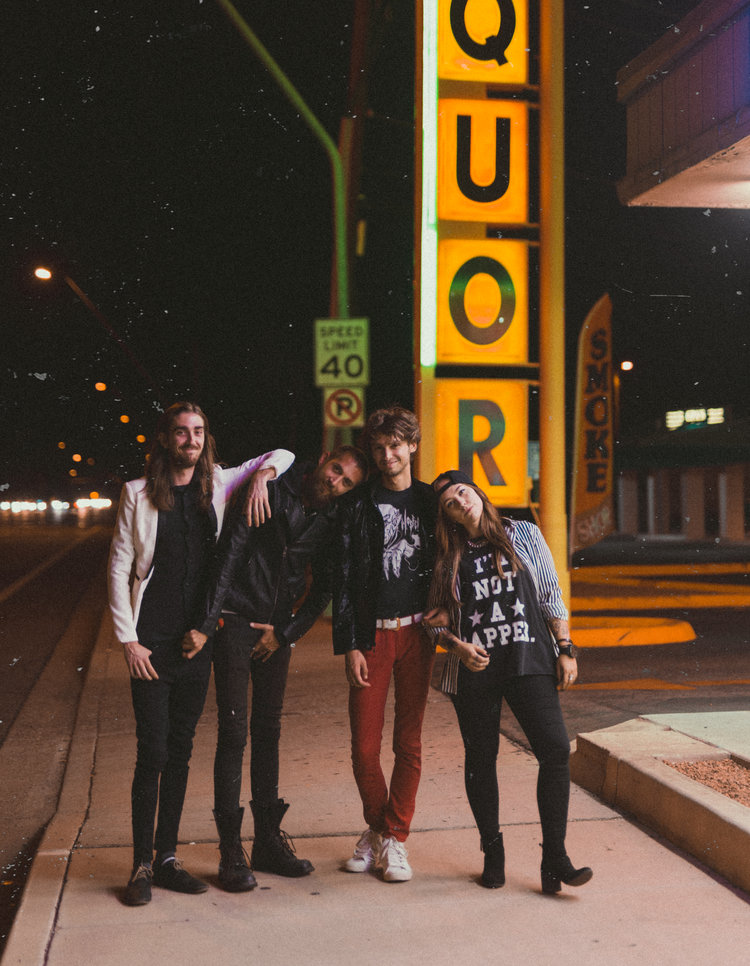 Once upon a time, it was 2011 and I caught a band called Born Loser and the Hangers On (BLATHO), an endlessly entertaining art rock band. I was specifically focused on the lead singer, Chelsey Louise, who seemed like a total firecracker of talent about to explode. I was also interested in a groovy guy who was impossibly thin with a grin, named Robert. In local music history, this was the era ruled by the likes of Mergence, What Laura Says, Dry River Yacht Club, Ladylike and Future Loves Past, but BLATHO had something going on – until they were gone, the next year.

It wasn’t long until I caught the new act: Chelsey Louise along with Robert Ciuca (guitar) took the stage with two brothers, Ben Foos (bass) and Matthew Foos (drums). Not only was the band great, but Louise could run the gamut, from punk chanteuse to operatic songbird. They were ambitious right from the start, and their four-song debut was like nothing else going on at the time. Even to this day, longtime fans will occasionally shout out “Like Like” in hopes of hearing the band’s first single.

Fairy Bones played relentlessly, everywhere, sometimes taking unannounced gigs at strange venues just to practice in front of an audience. They toured, wrote songs and sounded better than ever as they went to record their full-length album at Flying Blanket with Bob Hoag. It was critically acclaimed, and in 2015 Fairy Bones were THE band of the year in Phoenix. But let’s face it, all the critical acclaim in the world won’t buy you a cup of coffee. Despite Paste magazine lauding Louise’s vocals in their review, the band needed to reinvigorate their sound – if not in hopes of success, at least in hopes of sanity – so they took time off to retool and record. 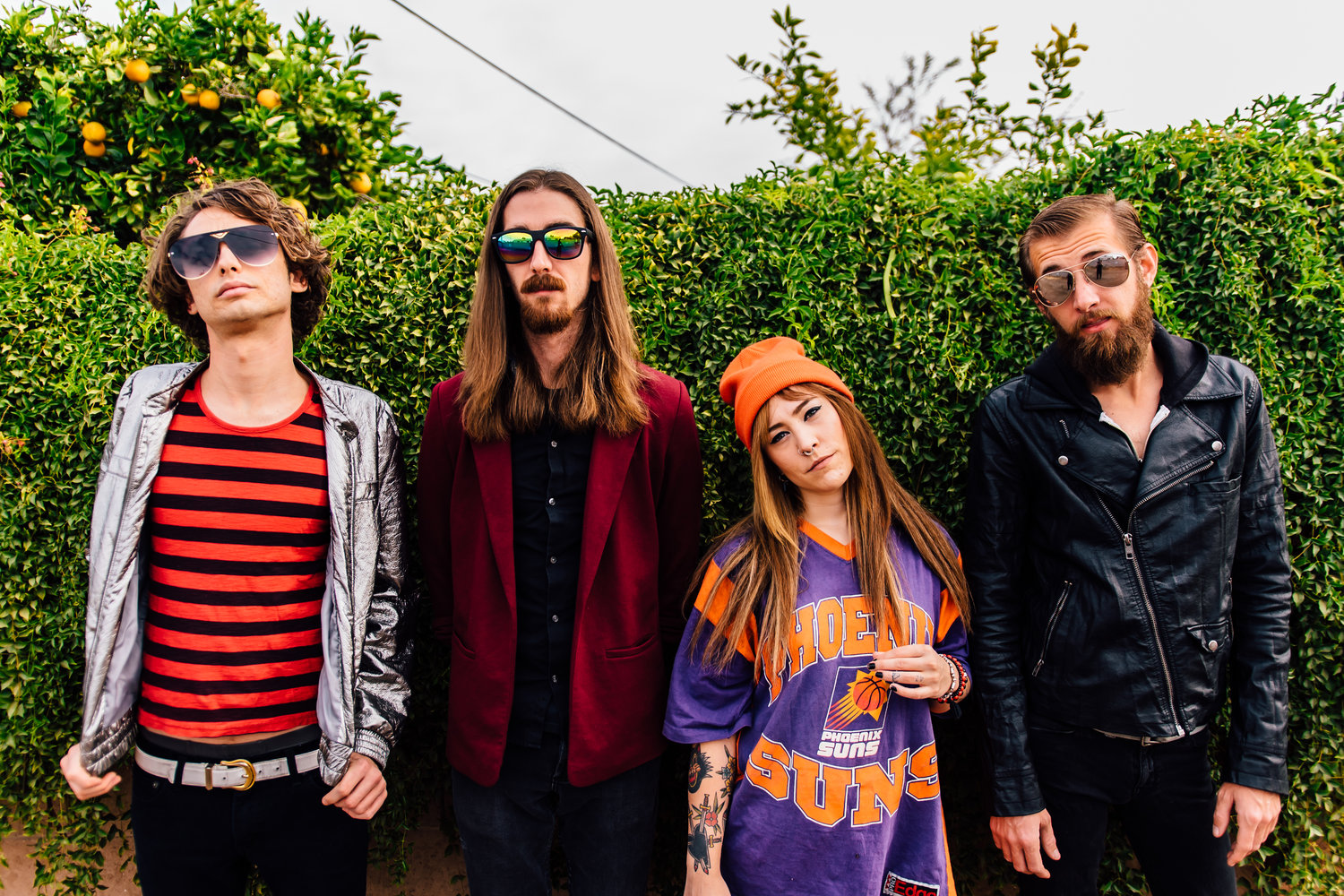 When they returned to the stage in 2016 with new singles in hand, gone were the synths and keyboards. Louise started slinging the occasional guitar, and it was clear from the sounds of the singles that this was going to be much more about tighter indie rock, with enough hooks to make a tackle shop jealous. I thought they had found their sound on Dramabot, but with the release of “8 Ball” and “Pink Plastic Cups,” it was clear that that album was merely the product of a caterpillar about to enter a chrysalis. Last year they released only one single, and it was dead center, a brilliantly infectious tune called “No One Can Suffer Like I Can,” accompanied by one of their best videos to date, from a band well known for their videos.

In retrospect, 0% Fun is actually the Fairy Bones album I was waiting for all along. Clocking in at an even half hour, damn near every song is a banger. No matter what the title says, this album is actually a hell of a lot of fun, but it’s also thought provoking, socially aware and really fucking clever.

“No One Can Suffer Like I Can” kicks off the album, and if there was one song to convey that Fairy Bones have redefined their sound, this is it: concise, powerful lyrics and hook-heavy choruses that stay with you for potentially years. The chorus hook, with its indie-pop-meets-reggae groove, is perhaps the most unexpected twist to the chemistry of this song. The entire band impresses here on every level. Sure, Chelsey Louise is right up front with her magnificent vocals, but that’s the way the band likes it. They sound liberated since they put the keyboard into storage, and that sense of freedom comes through here. Ciuca lays down some of his best guitar riffs yet, while the Foos brothers form an indomitable rhythm section, commanding the song. It’s a hell of a start, that’s for sure.

Matthew Foos pounds the drums furiously at the start of “Hang Wit Da Boiz” before the wall of guitars comes in and Louise’s awesome acerbic vocal turns the song into an anthem for badass women everywhere. Whether it’s the fuzz bass reverberating off my sternum or that catchy jangling hook that emerges from the shadows, the guitars kill me. It’s a fantastic opportunity for a video, with the cinematic quality of the lyricism alone: “And I can see you now/ Hanging with your famous pals/ And I just want one chance/ To shake their sweaty hands” and later, “And still, I see in the dark/ That you’re all hungry sharks.” 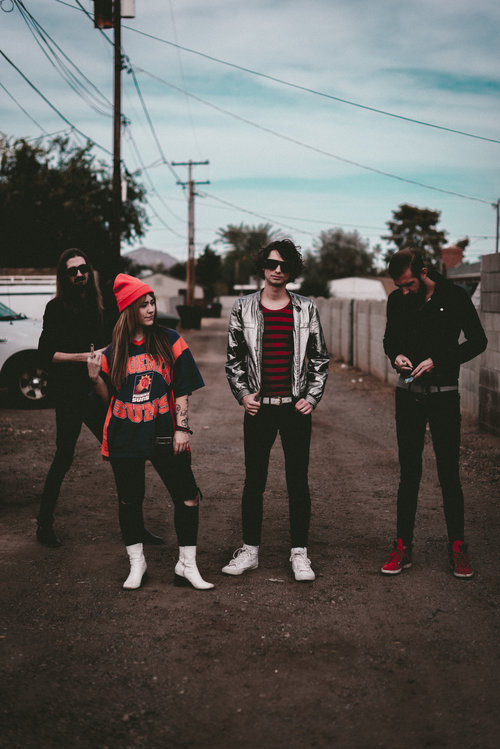 “8 Ball” was the first of two singles they released after their hiatus and the first sign that a new band had emerged from the studio. It’s a pure garage rocker, with one of Louise’s most aggressive vocals. Ben Foos’ bassline is a monster, Ciuca’s guitar is on fire, and Matthew drums like he’s been in a surf outfit his entire life. This is punk rock blanket bingo, and it sounds as fresh now as it did in 2016. It’s also got some cynically whimsical lyrics, like the chorus: “Your eight ball fucking lied to you/ You won’t grow up, you have no clue.” This feels like a lifelong existential crisis compressed into two minutes and twenty-three seconds.

After a three-song whirlwind, “Incapable” comes on like a ballad, comparatively. It’s a mid-tempo rocker, with a bassline from hell and one of Louise’s more vulnerable vocals. For anyone who’s dealt with anxiety and depression in a serious relationship, this may be your go-to track for finding comfort. Louise lays it on the line, starting the song with “Last night, I said the wrong thing/ I tried, I tried, I wanted to help/ But it’s easier shutting down than admitting I’m fucking wrong.” One of the most naked, powerful admissions I’ve heard in a rock song. In the end, it feels like the anxiety and depression win, with the minds spinning around. At the three-minute mark, it launches into a long bridge cultivated by Hawkwind in outer space, which is unexpected in a song of such emotional depth.

“Killing Me” immediately kicks things back into gear with an emphasis on fuzzy reverb and some of the wildest guitar work found here. This is their garage rock apex at the center of the album and the third song of this collection to get the video treatment, featuring the results of Louise’s tireless choreography with the boys in the band. Lyrically speaking, it’s a statement of how this world has a way of draining you, and the music industry doing the same. Louise sings with caustic irony, “Who cares if you are miserable?/ Stop making a fuss/ You’re wasting time and boring us/ We only want the chorus.”

The second single Fairy Bones released in 2016 was “Pink Plastic Cups,” and it had already been a live favorite for months. It was a song that signaled that this band was serious about taking their music to the next level. Louise’s theatrical vocals have operatic edges, with a similar sinister vibe to the Dramabot-era single “Waiting.” Every member shines here, but Matthew’s drumming is the secret to your heartbeat synching up. “You’re cute, but damn are you dumb” is one of the greatest lines, and they turn it into a brilliant, blazing sing-along in the end.

A subtle surf vibe returns to the sheer, pure pop of “Look Good for the Radio,” complete with handclaps to maximize the Spector-like sound here, and the “wall of sound” arrangement by Bob Hoag is stellar. This song is an absolute indictment of the superficial nature of the music industry, starting with the first line: “First, they’ll say you need a happy tune/ Up-tempo, make the club go boom, boom/ Then, they’ll say you need to look the part/ so forget about what’s in your heart.” 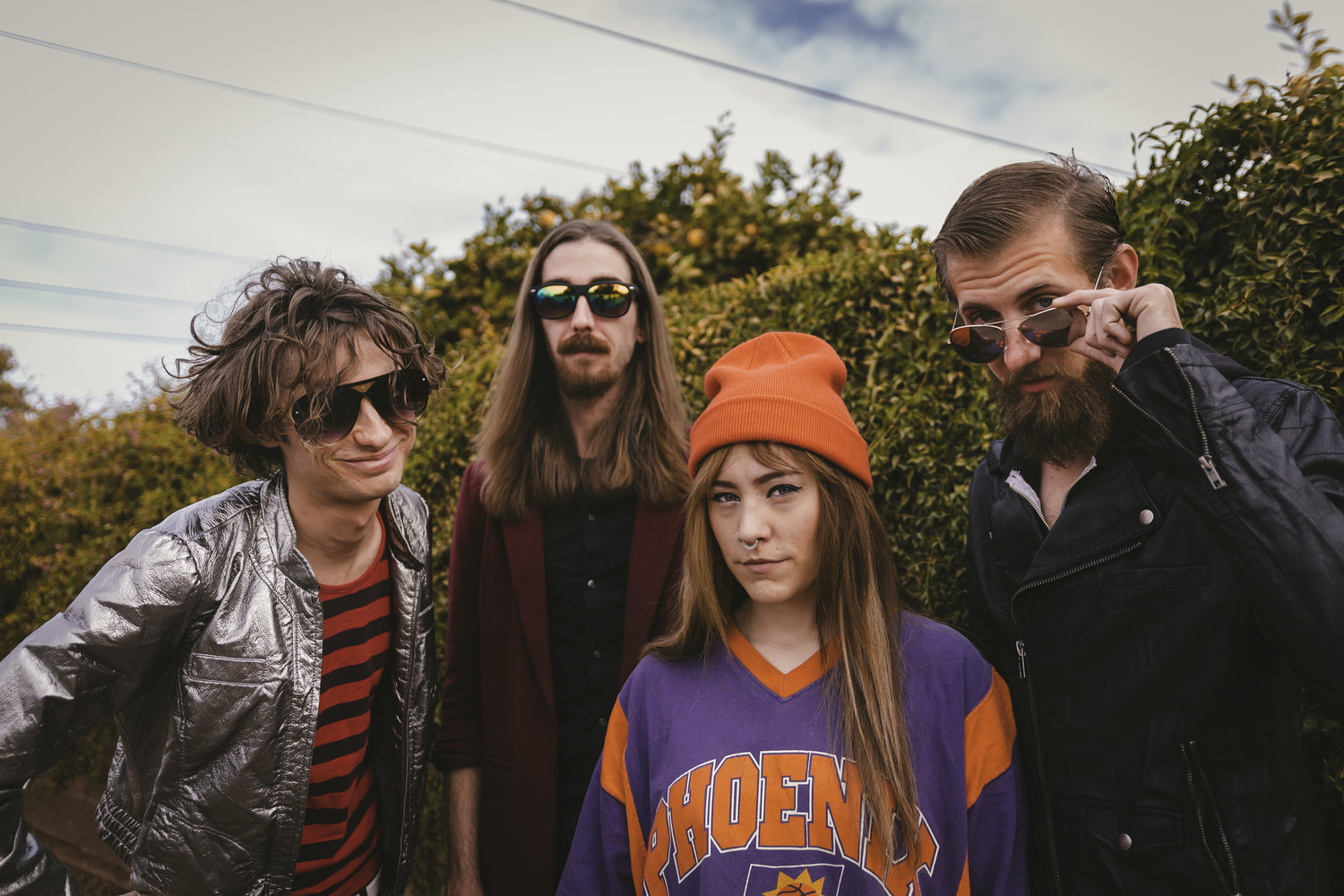 Immediately pulling a 180, Fairy Bones answer the pure pop of its predecessor with the harrowing “Into the Void.” It is the closest we get to a ballad here and is devastating on every level. It captures these violent times and revisits Third Reich rhetoric, combined with the desire to disappear from it all with your lover in hand. The buildup is so slow and subtle that it coaxes your soul right along with it, and you hardly notice it’s a hard rock anthem by the end.

0% Fun concludes with “I’m Fine,” a showcase for the entire range of Louise’s vocals, while the band rages behind her. There is a cultivated malaise in her voice that plays to perfection as the lyrics become nearly hypnotic, in a swirling maelstrom. The vocal becomes your rock as the music spins out of control. It’s a poignant way to end on a note that says everything will be fine, but a little unheard voice in the back of your head says, “Maybe it won’t.” It paints a portrait of our daily uncertainty during these difficult, polarizing times. It’s unsettling, beautiful and powerful all at once.