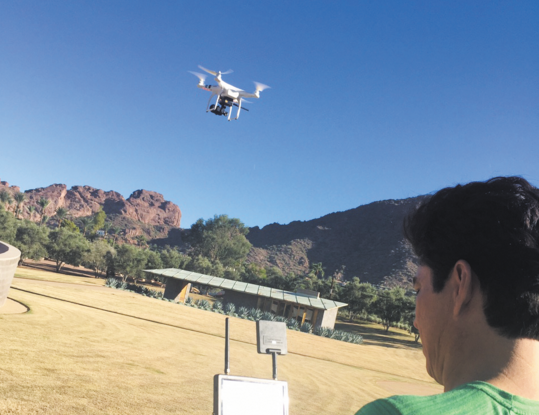 For artists there is often an intersection between the passion that drives the work and the business side of things. Some are never able to fully find a balance between these two winding roads. Others mix business with innovation around every corner.

For Valley artist Steven Yazzie, merging his practice with his business life seemed to happen quite serendipitously. I spoke with him last month as he returned to Phoenix from Las Vegas, where he and his Digital Preserve collaborators had been working on a commercial shoot for Big Beard Films. 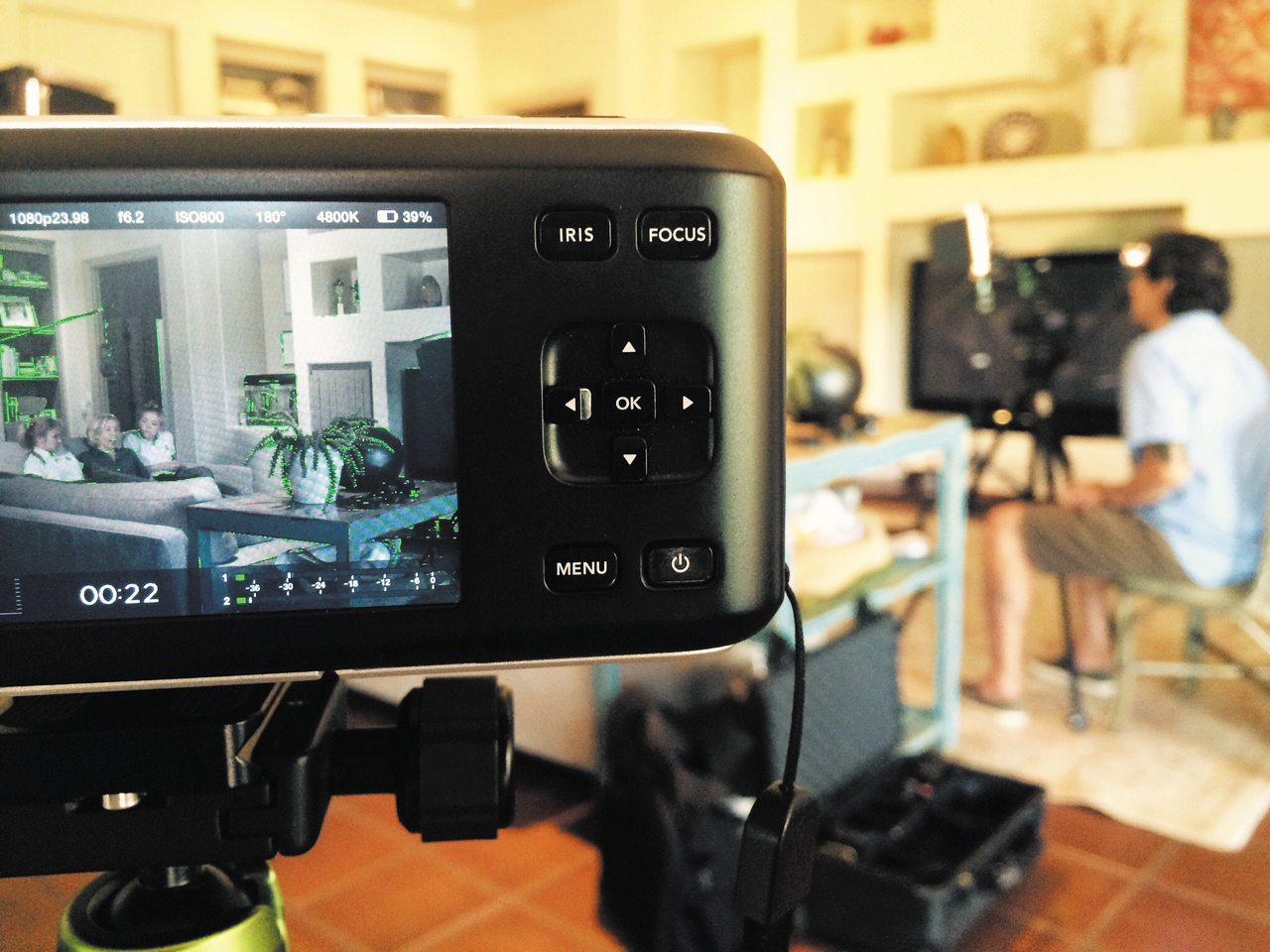 They documented the grand-scale installation piece “Double Negative” by Michael Heizer in Nevada’s Moapa Valley desert. He described the group’s return from the site: “There are a whole group of us here [in the airport] trying to find outlets to plug in our various devices.” The footage Digital Preserve just shot will be part of a documentary series for PBS called “Land Art of the West.”

Digital Preserve is a commercial film production project that Yazzie started with his wife, Eileen. She helps with the business part-time—mostly nights and weekends, while working full-time at the City as an administrator in streets and transportation. She has a master’s degree in urban planning and a minor in business management. Prior to getting her master’s, Eileen did public relations consulting. She brings those skills to Digital Preserve, writing plans, putting together budgets and helping with logistics.

Steve Yazzie didn’t go to college for drawing and painting—school came later. When he was 40, he decided to finish his bachelor’s degree in art at Arizona State University. Through the program, he gained exposure to digital arts and the world of film. He credits professor Muriel Magenta for introducing him to filmmaking through her documentary film class.

Being part of the conceptual art collective Postcommodity helped facilitate Yazzie’s return to college. It was a collaborative environment, where one person would have an idea and the group would work out the details and logistics together. Unlike a young artist with little direction, Yazzie knew what he wanted and was practical about the additional skills he would need to collect in school. When he got to ASU, it was as if the stars and moon aligned. He landed two big exhibitions, and he used his time there to make work for his shows. School really pushed him to interact and collaborate.

Recently, Digital Preserve traveled to the Arizona–Mexico border to document “The Repellant Fence,” an installation by Yazzie’s former art collaborators at Postcommodity. While documenting the work, Digital Preserve’s crew bumped into another crew, and that’s what led to the “Double Negative” job.

Yazzie says that the work of Digital Preserve doesn’t always fit neatly into the commercial world. He often reworks, modifies and edits the source material from commercial shoots for his art explorations.

“When I first started as an artist, I was a narrative painter—a storyteller. I have moved through all of these different practices. My painting studio has now been converted to an editing suite.”

Speakers for audio editing, cables and gear now inhabit the spaces once saved for canvases and paints. “I would have never imagined stepping into this direction,” he says. “But a lot of factors added up.” 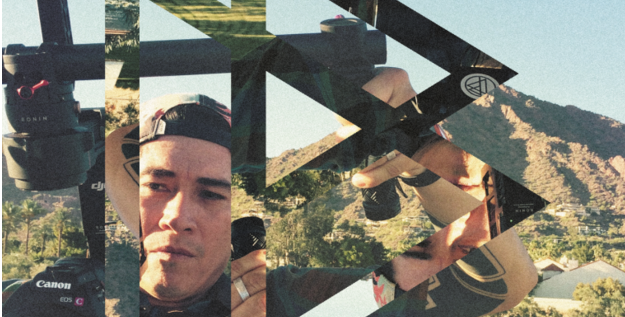 Collaborator Jon Jenkins has been working with Digital Preserve for two years. He first met Yazzie after reaching out and inviting him to collaborate on a video installation proposal for the light rail. Their project ended up being a short video chronicling a day in the life of Phoenix, called “Under the Sun.”

Jenkins is from Jacksonville, Florida, but has been living in Phoenix for about seven years. He studied film at Scottsdale Community College and now works as a director of photography and camera operator. He’s recently taken on some big-name clients, including Dolby and Under Armour. “Everyone at Digital Preserve is an independent contractor; we all have things that we’re doing on the side,” Jenkins says. “It’s kind of like a family. It feels really good to have that kind of support.”

Yazzie first got started with the business angle of his documentary film work by making short, interpretive movies about Native American artists for the museum store at the Heard Museum. He did an educational documentary on Ron Carlos, a Salt River Indian potter. The project was interesting for him, and the museum was pleased, and soon they were asking for more.

Prior to that, he shot a video that ended up as an extension of an art project done during a 2006 artist’s residency in Skowhegan School of Painting & Sculpture in Maine. He describes an outlandish and perhaps dangerous experiment he conceived called “Drawing and Driving.” Yazzie devised a basic, gravity-powered vehicle that he could guide down an incline, while his hands were occupied with drawing. But he needed some way to document his adventures down these slopes. So he fastened some small cameras to the vehicle and recorded the action. This was years prior to the advent of the GoPro.

The next year, he had a show at the Heard Museum called “Draw Me a Picture.” Yazzie says he used his “very raw and rough” footage to create an installation piece showing his process. He liked the project’s conceptual, multidisciplinary nature, and credits the piece with prompting his desire to return to school and explore more about film and documentary production.

More recently, Digital Preserve worked on a project documenting the fate of the controversial David and Gladys Wright House in Phoenix. The house changed hands a few times in the last five years, and at one point it had fallen into the hands of a commercial developer who was dead-set on tearing it down. But concerned citizens rallied, and the house finally gained official landmark status and protection on November 16, after a vote by the Phoenix City Council. The Digital Preserve crew was there to document the decision.

“We’ve been working with them [David and Gladys Wright House Foundation] seven or eight months now. We are hoping to share this story in a way that builds on the narrative of the campaign and the foundation.”

An example of where Yazzie’s personal art merges with commercial work is found in a project he did last year for ASU. He worked on three short documentaries about indigenous sustainability, talking to leaders and scholars at a local conference. “This was when he started utilizing his collaborators, like Francisco [Flores],” Eileen Yazzie says. Clay Hawkins is another collaborator—a musician friend who has provided musical scores and soundtracks to the film work.

Not only did Digital Preserve produce these three short docs, but some of the collected footage made its way into a new experimental video project that Yazzie recently produced, called “Mountain Song.” Using imagery of the mountains and touching on critical land issues, such as uranium mining and disruption of indigenous lands, Yazzie was able to find a way to address current issues while also speaking about what’s happening in his own work.

Yazzie recently produced a short documentary on Michael Prepsky, an artist and teacher at South Mountain High School who helped bring Keith Haring to Phoenix for a mural project in the late 1980s.

“I believe that new forms of documentary can be made, and I am trying them out.” 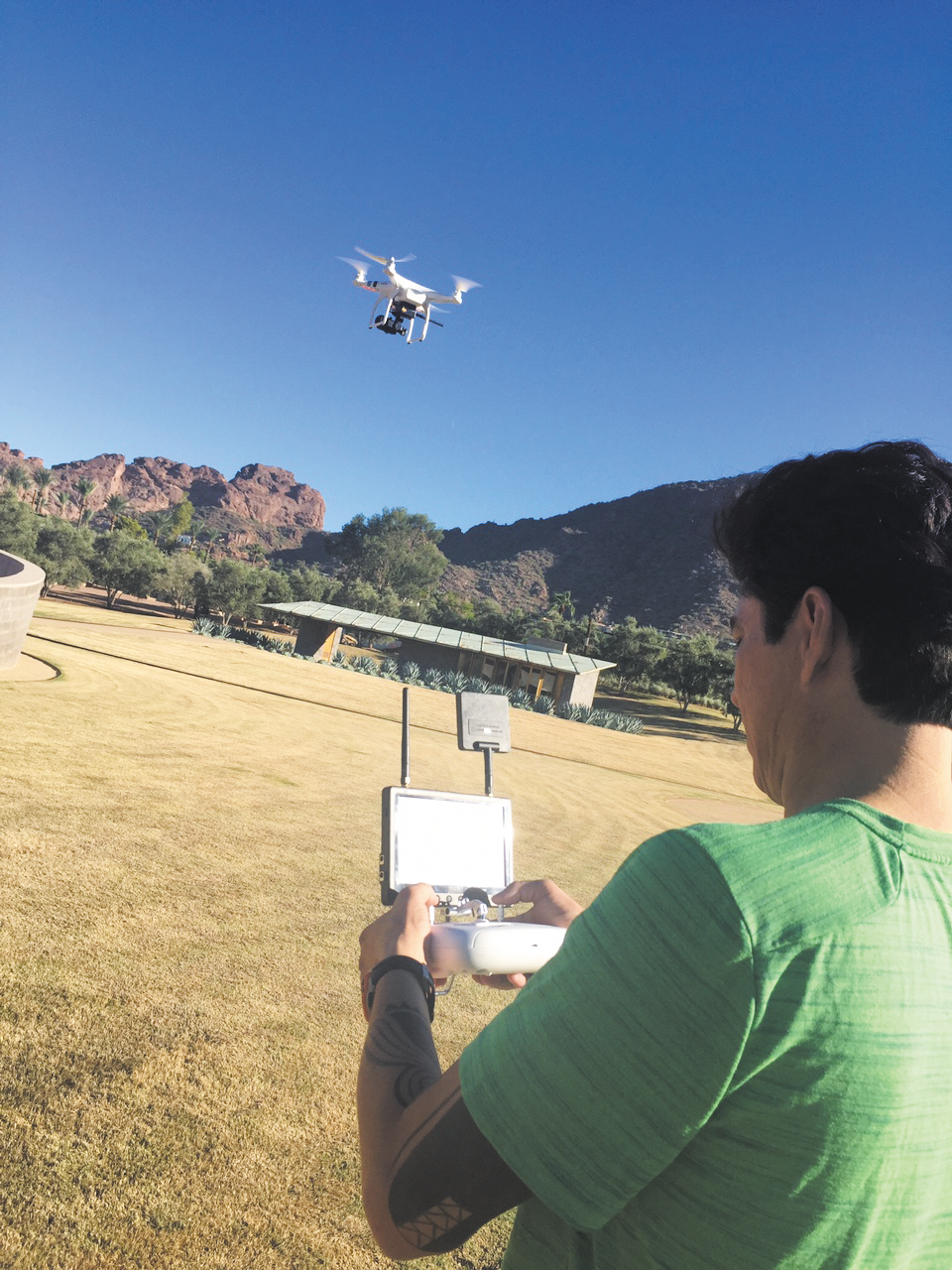 What Digital Preserve brings to the table that a lot of other production companies probably don’t is “a long history of fine art and practice.” Yazzie’s collaborators are mostly artists who are trained to know color, light and shadow, and other aesthetic considerations. They bounce new, experimental ideas off one another.

“Mountain Song” premiered Nov. 20 at Northern Arizona University. Yazzie says he expects to create many more of these experimental art films in the coming months and years.