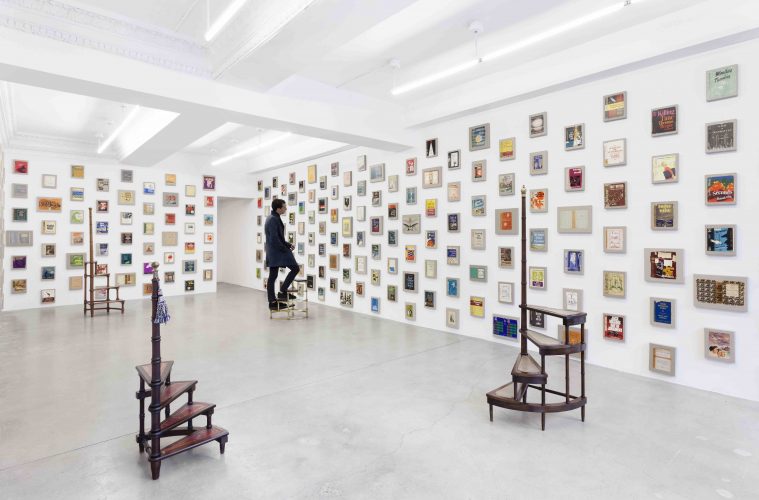 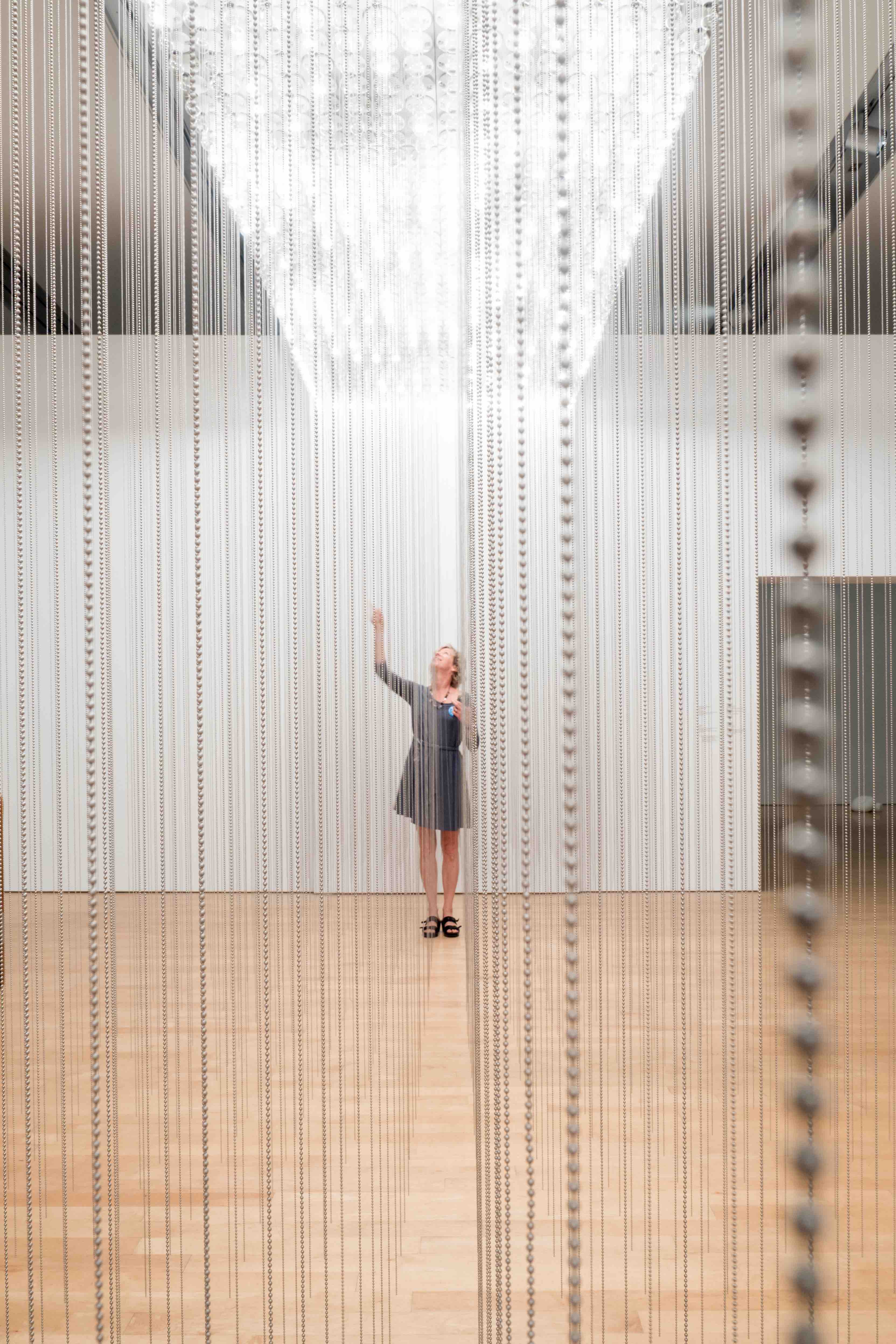 Any Moment Now is a mid-career survey exhibition of work by Valeska Soares. It’s currently running at Phoenix Art Museum, where it will be on view through July 15. It comes this way via the Santa Barbara Museum of Art, as part of the Getty’s Pacific Standard Time: LA/LA initiative, which explores Latin American and Latino art in dialogue with Los Angeles.

What you will see is more than 45 multi-media works by the artist – including sculpture, installation and video – that she’s created over the last 20 years. Soares came to Brooklyn from Brazil in 1992 to continue her art career. Prior to the move, she studied architecture, which is evident in her site-specific installations; they’re made complete by a stealth understanding of space. 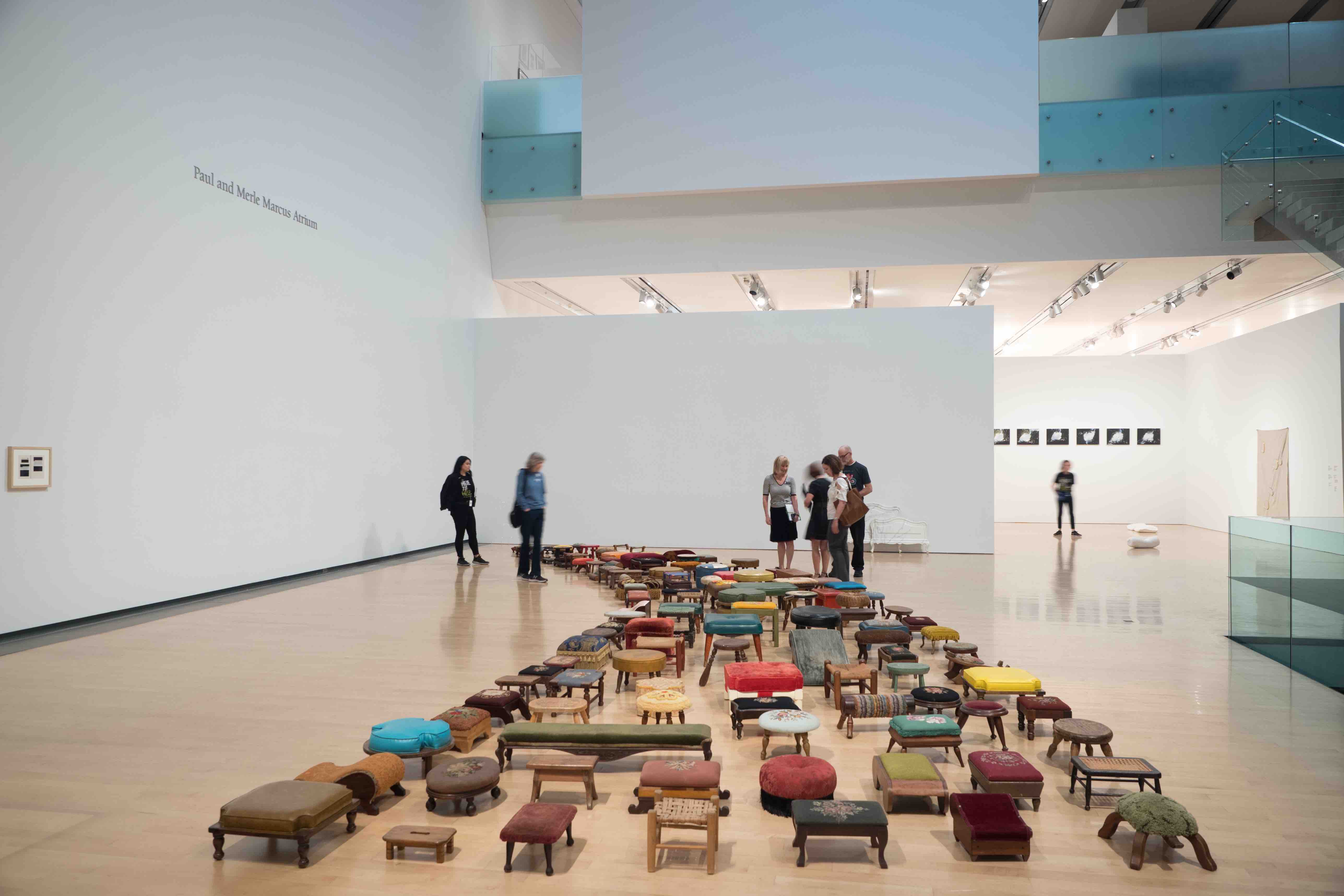 Her installation “Un-rest,” from 2010, is one example of this. More than 120 footstools of different styles are brought together. “I collect objects,” Soares says, “and give them a new life. This river of different footstools of different ages encompasses a variety of things – tastes, styles, colors, time periods and purposes.” Beyond that, Soares isn’t concerned with providing a deeper explanation. “Museums are becoming very didactic these days,” she says. “Without a given narrative, the work becomes the narrative. Each interpretation is subjective.” It’s refreshing, actually, the self-reliant nature that she assigns the work, rather than trying to direct the viewer.

She is more concerned with it presenting as a comfortable space. “We wanted it to have a friendly and homey quality to it,” she explains, “sort of a living room setting – and for another piece, a bedroom setting – where viewers can comfortably move about and get different absorptions.”

Soares also emphasizes that the exhibition is not an examination of the “chronological me,” but rather both older and newer pieces converged separately in this setting that offers an intimate exploration of the work. 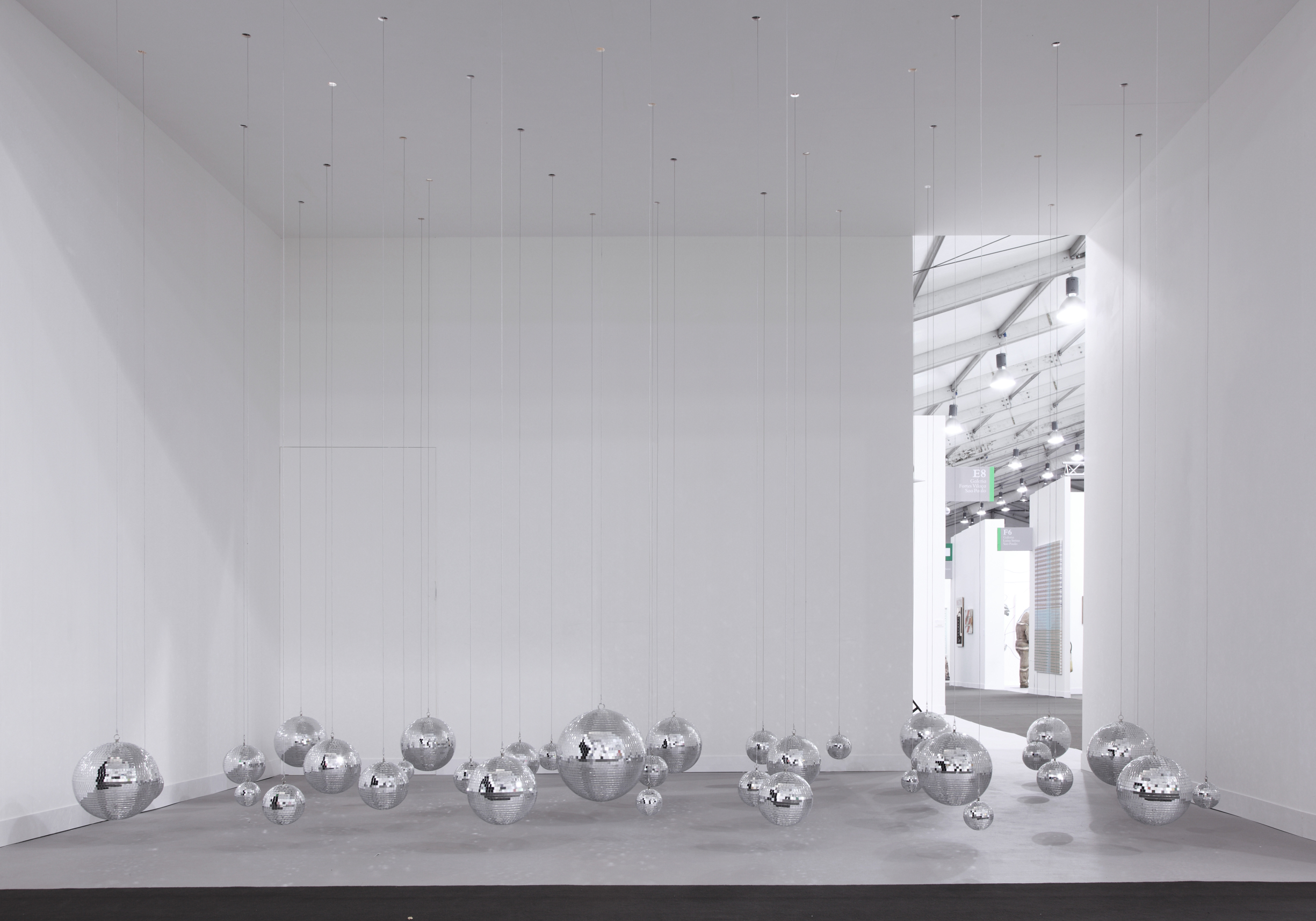 Her “Fainting Couch” is an interactive piece that offers polarities on both physical and emotional levels. A stainless-steel bench sits low to the ground. Though there’s a pillow to the head, the natural surface of the bench doesn’t perpetuate a reward of physical comfort. Lie down, however, and that apprehension or confusion is diluted by the lovely fragrance of the lilies contained within, as their scent is released through intentional perforations. Soares mentions that it’s a bit of a play on the classic psychoanalytical couch, and that makes sense. That’s a place that can initially be uncomfortable but encourages you to find a place within yourself to release personal information.

The low-hanging disco balls in Soares’ “Stop Motion” installation are riveting, whether they are indeed in motion or settled at a standstill. You don’t know how they’re going to act or react, which the artist says gives a feeling comparable to “walking through a minefield.” Though they don’t feel quite that dangerous, there is intensity due to their unpredictability. “They’re like a vortex,” she says, adding that the piece overall involved a lot of complex design.

With that piece and the others, Soares chooses not to crank up the room lighting, and that brings her desire to create an inviting setting to fruition. Rather than shining a specific spotlight that forces you to “look here,” the low light makes it easier to journey through the exhibition naturally, rather than be directed. It allows you to forget about the setting. 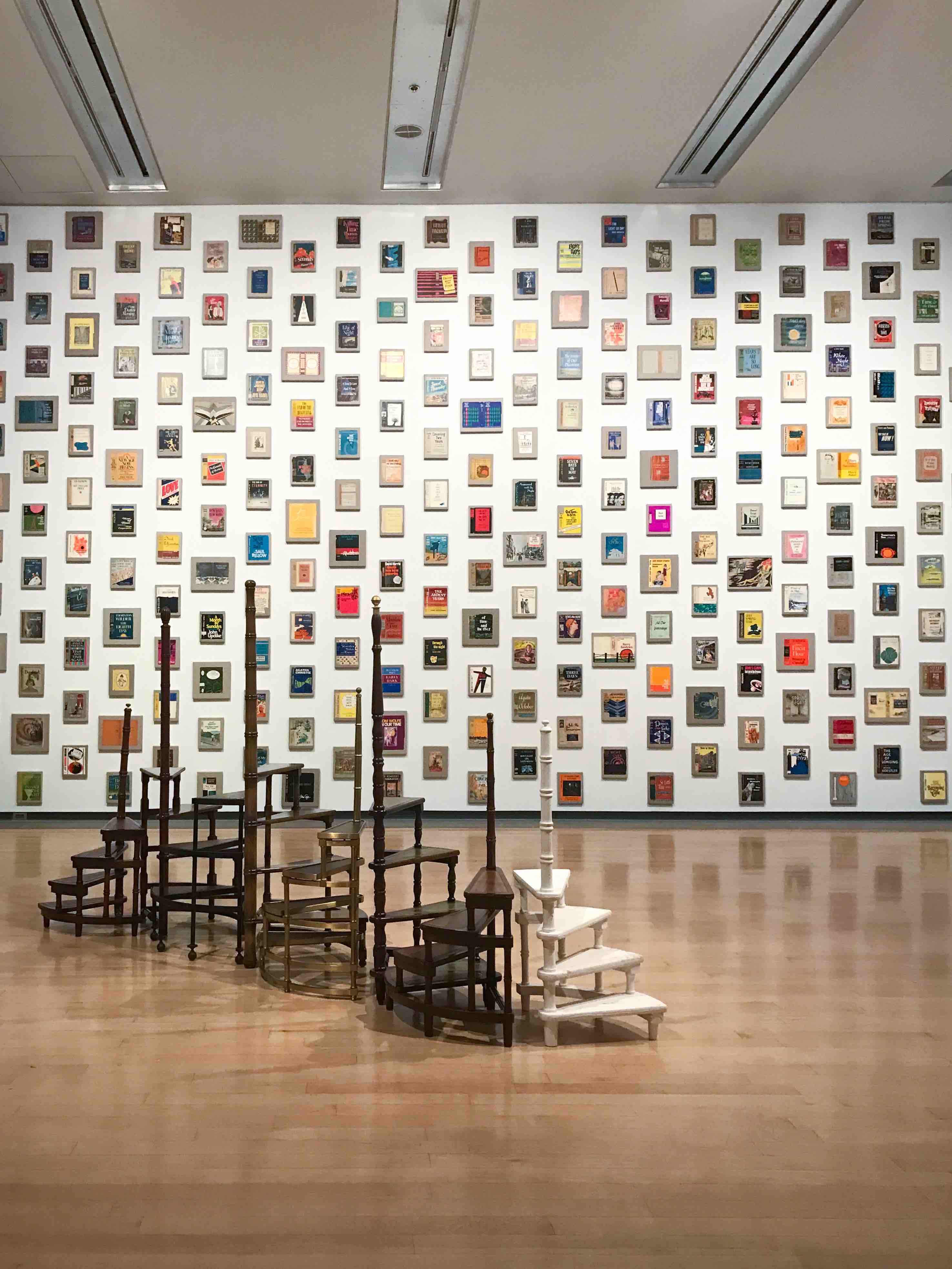 The installation “Any Moment Now,” which shares the exhibition’s title, comprises 365 vintage dust jackets mounted on linen panels, along with four vintage library ladders. These books, with titles that reference time, come together in number to create a one-year calendar, without any specific dates or order. The way that Soares plays with time emphasizes the importance of perspectives. She’s mapped out a calendar cycle, providing a frame for that period of time, but once again allows the viewer to fill in the blanks. Eyes journey between the titles, and the book choices are only one component that inspires reflection.

Soares’ work feels egoless. She consistently stays out of her own way, so graciously that you don’t – or can’t – forget about her. She lets the work speak to you as the individual, irrespective of the entities she has created.

Any Moment Now might consist of collected objects or materials that come from different time periods, but the exhibition, overall, emphasizes a timelessness that signifies the universalities contained in the human experience, exemplifying both our delicate nature and our pervasive, collective resilience. 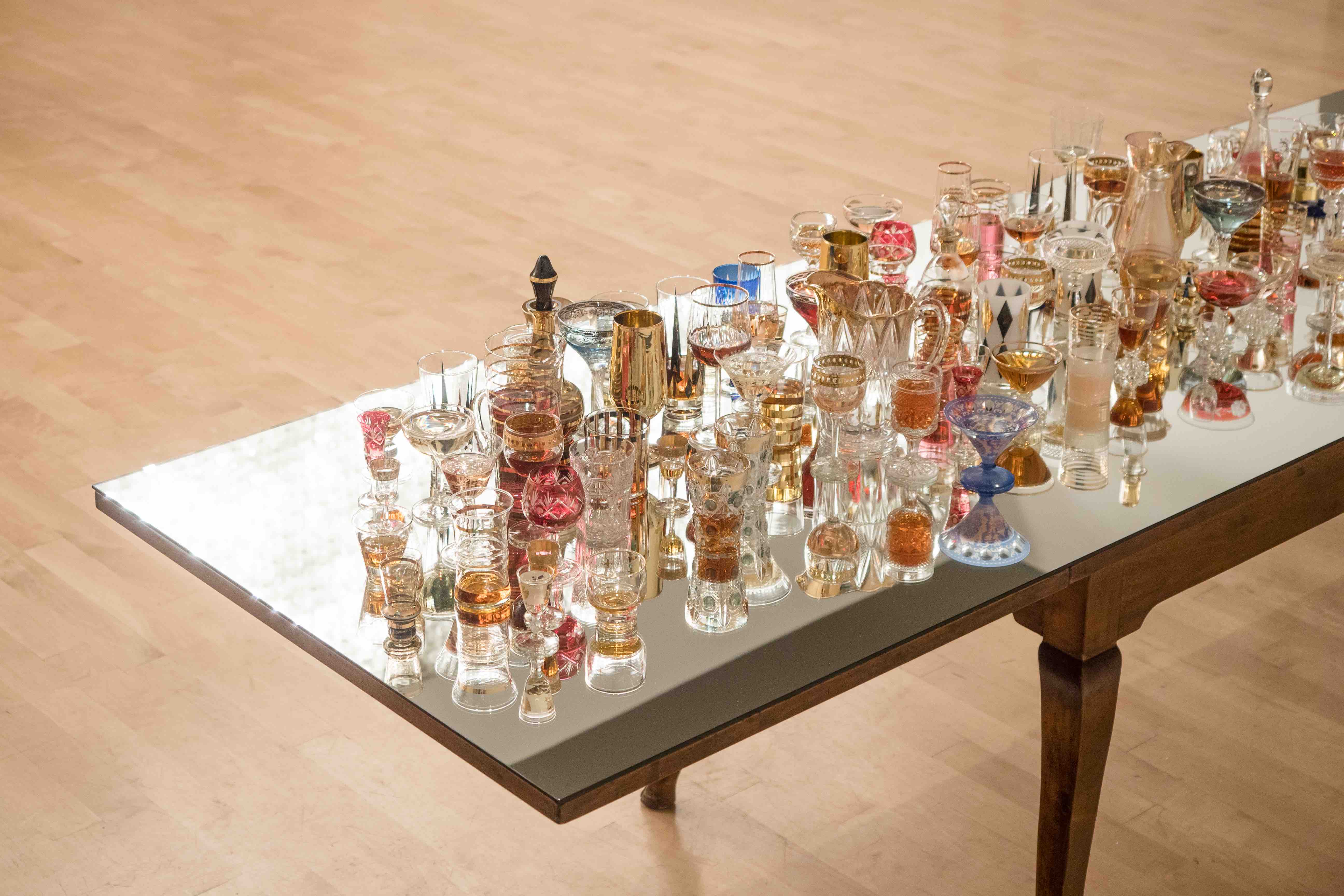