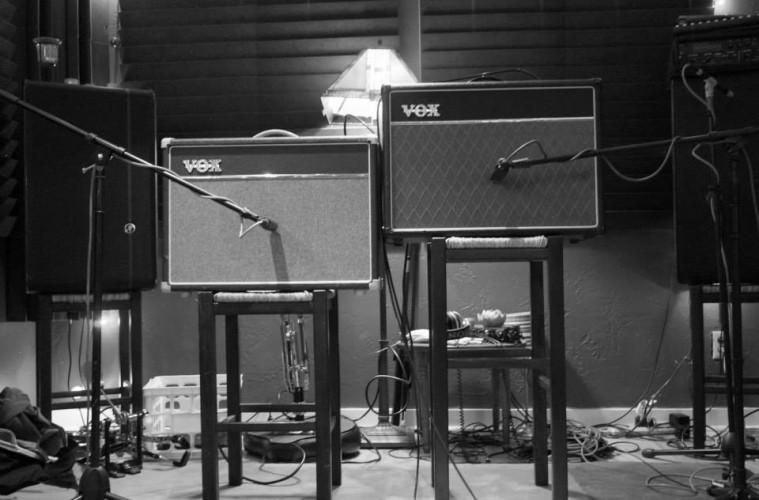 Scattered Melodies is unlike any band in the Valley. In fact, they aren’t really a band, per se; they are more of a project or a concept. Scattered Melodies is the visionary dream of drummer Josh Montag (The Wiley Ones) and bassist Jake Johnston, essentially a rhythm section without a band. In that state, there probably wouldn’t be much to write about, but this dynamic duo had the idea to invite other local musicians to record songs with them and create a collective community of performances and recordings. 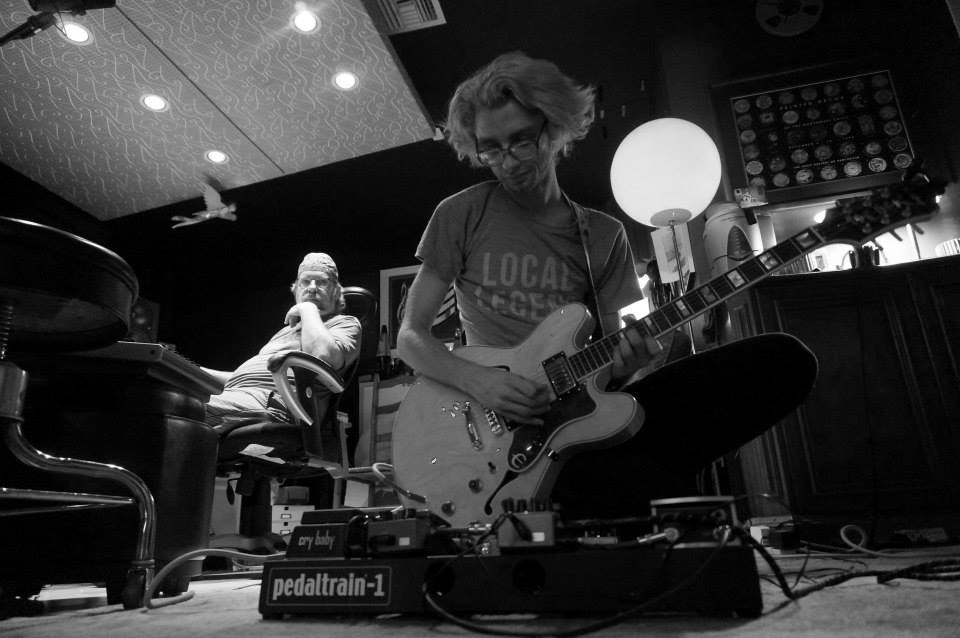 The first of these recordings was 2013’s landmark A Collective Agreement, which set the bar pretty high. They followed with the stopgap, five-track EP Summer Sampler, which was part of a Kickstarter campaign to fund another full-length album. The campaign was successful, and after over a year of writing and recording, they have finally released Modern Repair, which features nearly 30 guest musicians from local bands of all genres.

Each song is a completely different adventure, a different style, a different tale, but all seem to be about a vision for a better future, with a critical look at what’s going wrong around us. Don’t worry, it doesn’t come off as heavy handed; it comes off as a hell of a lot of fun—an album that is as joyful as it is mindful, as soulful and funky as it is thought provoking.

Modern Repair begins with a fascinating organ line, crashing drums and a brilliant sample from Charlie Chaplin’s speech from The Great Dictator:

Immediately after that a lush piano and guitar line, courtesy of Jack Howell, comes in, recalling the best moments of the Flaming Lips—all before the “Sunset Choir,” featuring Mike Engelhardt, Laura Hamlin, Howell, M.R. Mal, Doug Preston and Ruca, join for an amazing invocation written by Montag that has to be one of the most powerful album openings this year.

Ruca returns for the lead vocal on “Community,” joined by Howell and Hamlin, for a stirring reggae-influenced number. It’s one of Ruca’s finest moments, Hamlin is fantastic on the harmonies, and Howell kills it on the organ. Ruca sings liltingly, lovingly,

“I don’t want to waste my time broadcasting endless lies, I’m just gonna spread my love and songs through my community, in my community.” 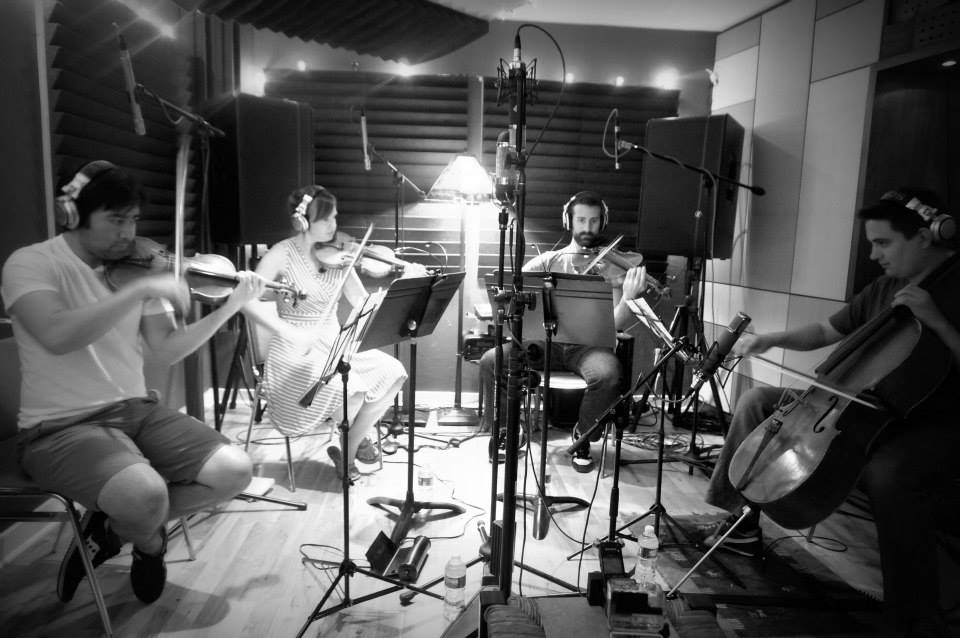 “Oleada” is the showcase for the guitar and vocals of M.R. Mal, with Patrick Chappell and Chaz Fertal (the Hourglass Cats) both on trombone and Danny Torgersen (Captain Squeegee) on trumpet. It’s a fantastic, upbeat ska number that keeps the groove going. Lyrically, it’s more self-reflective:

“How long must I wait so that I’m not too early and I’m not too late to make a change, stop this pain, cause I may not be the one, but you and me and everyone can make the change.”

A startling drum roll opens up the next song, with a sample of JFK’s 1963 speech:

“This nation was founded by men of many nations and backgrounds. It was founded on the principle that all men are created equal,” forming the foundation for the album’s first single.

“Every Race at the Finish Line” features Montag and Gabe and Aaron McDaniel (from Pride Through Strife) delivering some sweet vocals, with Josh also on guitar. Jay Nottingham (the Wiley Ones) kills it with a super powerful rap, and Phelan Parker (the Wiley Ones), on saxophone and turntables, delivers more positive political samples, with Howell on organ and Montag doing synths. It’s an amazing song about racism and rising above such attitudes.

It was brilliant to place the gentle instrumental groove of “United Array” in its wake, giving you a chance to catch your breath. This track features Kazton Boone on guitar/ukulele, Howell on organ, Parker on sax and Johnston spicing things up with the mandolin—an essential respite before our journey continues.

The cleverly titled “Research and Destroy” features Anamieke Quinn (Treasurefruit) on guitar/vocals, Tom Kumagai (Mob vs. Ballot Box) on guitar/vocals and Garrison Jones (House of Stairs) on organ. It’s a beautiful song about questioning the media and the overwhelming amount of information, and misinformation, available these days.

It’s got a catchy hook that goes on for miles, and it is one of Quinn’s finest moments ever.

Doug Preston (Mr. Lucky) takes lead vocals and guitar on “In Your Shadow,” with Howell on guitar and organ. It is a straight-ahead rock number, and one of the few found here. It is a song about coming together as a community and taking on tomorrow—a fantastically positive song with a stunning guitar solo.

“Error” is one of the crowning achievements on the album, and at the release show last month it was all the rage. It features Cori Rios (the Hourglass Cats) on guitar and vocals, Fertal on sax, Torgersen on trumpet and Howell on organ. It is a fantastic ska/reggae number. Rios’ performance is absolutely inspired here, and the lyrics are super paranoid and filled with conspiracies, one after another. It’s also one of the catchiest tunes found on the album.

“Cause I’ve got a problem with swallowing pills without reading the side effects, and I can never blindly follow orders without thinking about what is best, they may try to tell us lies, spray chemicals in the skies, use the media to distort the truth.”

I actually anticipate other bands covering this, whether it’s Rios doing this with THC or Torgersen maybe giving it the Squeegee treatment, because he was so psyched about it.

Quinn returns on vocals and guitar, along with Dan Tripp (Field Tripp) on guitar, for “The Media’s Shelf Life,” which tackles the tale of our time—being misled, exploited and obfuscated by the media to the point where we may

“sink our own ship in the end.”

Martin Shaffer of Bad Neighbors delivers his signature spoken-word lyricism over a fantastic piano piece courtesy of Montag. There is something maddeningly beautiful about this minimalist arrangement as a backdrop for Shaffer’s manic performance. It takes an idealistic look toward the future of America.

“On a day like today, our country will not be divided by a two-party political system, our leaders will have integrity and make it worthwhile to listen, our government will do what’s right for the people, and our trust in them will be restored.” Amen.

Howell gets his turn at vocals on “Growling Tiger,” with Preston joining him on guitar and Hamlin on backing vocals. It is another straight-ahead rocker, with a power-pop tinge and a slight Americana feel. It’s essentially a call to be the better person, to

“Calm the growling tiger, be the fine upstanding human, water down the fire burning everything into ruin.”

M.R. Mal returns with guitar and vocals for “A World Alone,” joined by Chapman, Fertal and Torgersen bringing the brass, Howell on organ and Hamlin on backing vocals. It comes off a bit as a reggae tune hiding in a rock song (or maybe it’s rock hiding in reggae), and the sax, trombone and trumpet provide a perfect array of musical magic.

“Morning will rise and chase the darkness away, the light will come into your life and I know that we’ll see it soon, when peace and love run amok, we can all live in harmony.”

When written out, it reads like hippy drivel, but the way it’s performed it couldn’t be farther from that.

It’s difficult to pick a favorite from this collection, but my heart tells me, without a doubt, it is “Trying to Find Me.” Why? Because after listening to it almost 30 times, I still get goose bumps. Laura Hamlin blesses the song with the most angelic vocals, Montag plays a great piano line, Sam Wiley gives a great galactic rap of cosmic consciousness, and a string quartet from the Phoenix Symphony accents the whole damn thing.  Musically speaking, it is beautiful and pure pop in no uncertain terms.

“Is this what we’ve come to be? I lost myself trying to find me, tell me what we’re supposed to be, or am I not ready to see?” is the chorus, and it makes me die every time.

All good things must come to an end, and this album does not let up or disappoint with the finale in any way. “Ghost of Deathrap” features Chelsey Louise (Fairy Bones) on vocals and Robert Ciuca (Fairy Bones) on guitar; Johnston also picks up the guitar, and Howell is on piano. You’d figure with half of Fairy Bones on the song, it would sound just like them, but you’d be wrong. Louise reveals on this number that she has a serious background in theatrical singing (which is rarely so apparent with Fairy Bones).

It is a fitting end, as it questions our ability to get it together individually and as a society before it’s too late, and death comes rapping at the door. In the last minute, Louise delivers her most beautiful vocal ever recorded as she sings,

“But the devil inside you can’t stay there, so now it’s time to come clean,” a fitting end to the album, going back where it began.

Modern Repair is filled with vision, perspective, the dream of a better world and a wise eye toward reality as it is. It is as enjoyable as it is thought provoking, as bold as it is humble, as soothing as it is stirring. It is clear that this was a labor of love for everyone involved. One thing is for sure, Josh Montag, Jake Johnston and the 30-odd musicians who joined them should be proud.