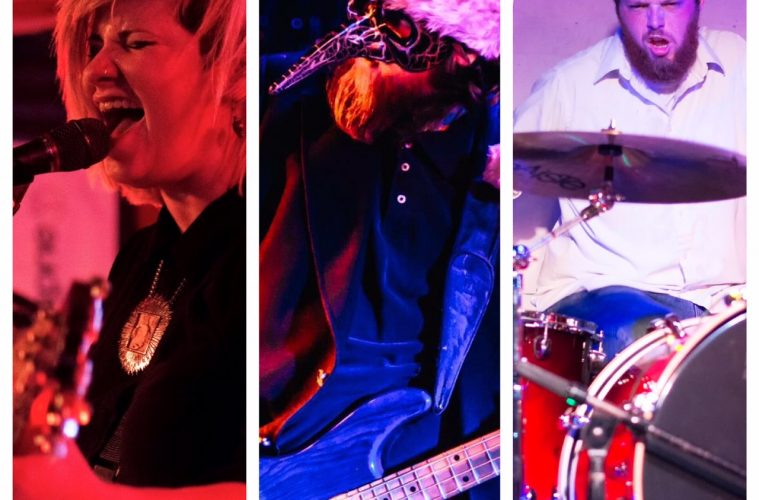 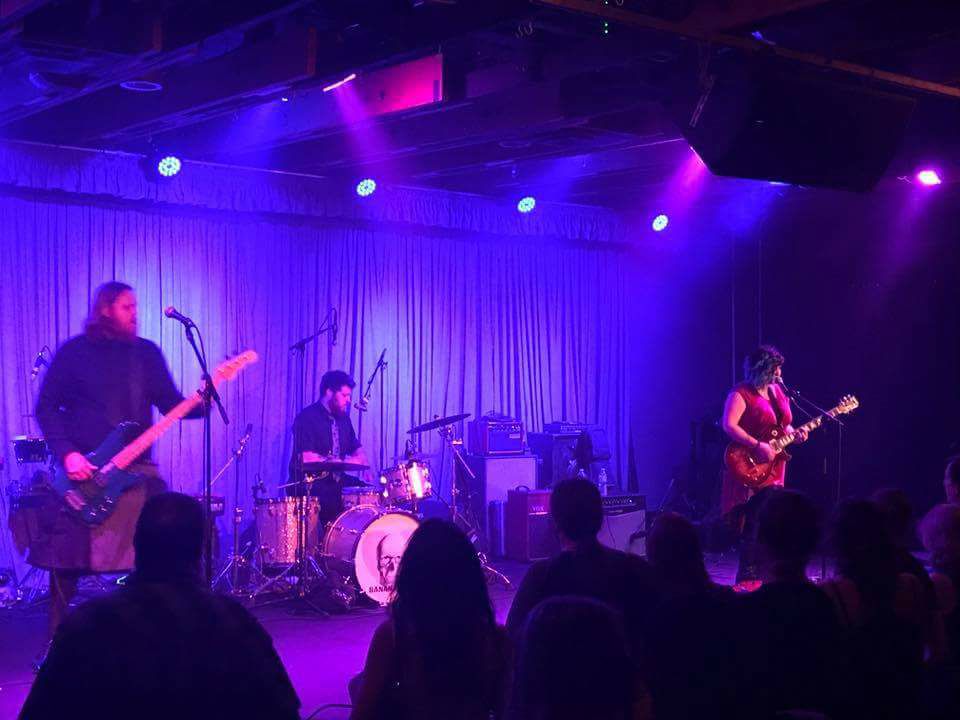 It boggles the mind that The Woodworks have been storming local recordings for five years now. During that time they’ve gone from fringe curiosities to one of my local favorites. Even if they’d never recorded a single album, I would be checking into their live shows, which are always eventful rock ’n’ roll experiences.

In 2012 they appeared on the scene with Fregoli Delusions, which served as their calling card. Safe Mode was their first album that I reviewed in 2014. By then it was clear they were on to something, cementing their own sound and flying with it. Safe Mode sealed the deal for me on being a fan. In May of 2015 they released their most accomplished album to date with Unhealthy Decisions, an album they’ve played behind for some time while building an audience.

It had been far too long since the band had released a record, and they surprised everyone at the start of this year with Au Naturel, an acoustic EP that proved, even unplugged, this band can rock. Upon that release, the band let me know an album was in the works and to look forward to an autumn release. Well, here we are.

Solo Lounsbury (vocals/guitar), Steve Beer (bass/vocals) and Konstantin Bosch (drums) have returned once more as The Woodworks, this time with the stunning LASER. MOUTH. EXPLOSIONS. It’s got all of the funk, the folk, the fun and a hell of a lot of rock ’n’ roll happening, with an emphasis on experimenting with the limits of the sound. It’s clear that all three members are accomplished musicians, and this is their cornucopia. Experimental thrash folk may be the best way to describe their sound when all is said and done.

If you thought you had The Woodworks figured out, the opener, “Ain’t Got the Nerve,” may prove otherwise. It’s one hell of an introduction, and the immediate reaction is that the band has had time to work through some amazingly complex compositions and intricate arrangements since Unhealthy Decisions. This tune is all over the place, unleashed, untethered and unfettered by convention. Don’t worry about locating a catchy hook, just enjoy the five-minute ride of madness. 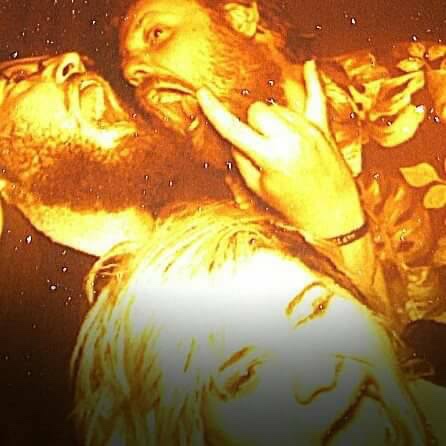 In startling contrast, clocking in at under a minute, “The Woodworks Show” sounds like a TV theme song for a show about puppet rock. It even ends with an amusing voiceover introduction. I guess, if this is a television show, “Ain’t Got the Nerve” is the opening tag and this is the credits.

“Elephant” explodes with some sax and bass madness, right before the funk kicks in and Lounsbury delivers a smoking hot vocal. While the music swirls in three dimensions, the voice is the centerpiece, the eye of the storm. This should be in consideration for a single, and the imagery would lend itself to an amazing video. I’m a sucker for sax, especially when it’s Kyle Woo from Banana Gun. Whether in her own band or helping out Wyves and The Woodworks, her sax has a style you can hear a mile away.

The pre-album single, “The Doctor Says I’m Fine,” immediately follows. If you are a fan of the band, you may be familiar with this tune from their live set. The Woodworks present their music on their own terms and continually explore the edges of their comfort zone. I suppose there is a blues rock backbone in there somewhere, but they have a unique sound all their own. It’s arty, literate and entertaining, and this song is one of the finest examples of that. It’s a rock monster that is unrelenting from beginning to end.

“Without a Crew” may be one of my new favorites because it’s so damn weird. I’m pretty sure this is Steve Beer going to town on lead vocals and the strange mouth sounds turned into psychedelic loops that are as fascinating as they are disturbing. The construction keeps your brain endlessly entertained. I’ve listened to it about a dozen times, and I hear different things every time. It’s a psychedelic swirl of madness to be sure, but it also sticks in your head. 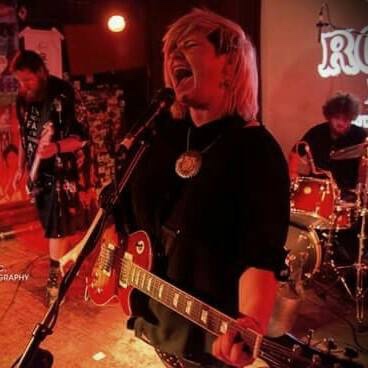 The “regular” Woodworks groove returns on “Fly Trap,” another showcase for Lounsbury’s vocals, but with one hell of a hook. It may be more of a straightforward rock song than you’re used to with this crew, but it’s every bit as engaging as their sonic experiments. The solo bass riff alone blows my mind. This is as close to pop as this band ever gets, which means you’re going to be hearing Solo singing this long after it’s over.

“I Am the Seeker” veers immediately off that path and gets into some truly weird and wonderful territory. Similar in the production loops to “Without a Crew,” this expands more on the psychedelic approach. At one point, it features a fiddle courtesy of Kevin Wiscombe (Dirty Sunset) as layers of vocals collide and rounds of music are added. It may only be three minutes, but it creates an entire aural universe—a place the listener doesn’t really want to leave.

The finale for the album is a behemoth, a rock ’n’ roll juggernaut spanning an epic twelve and a half minutes. That impression is sensible, since it’s named for a Demon Duke from The Lesser Key of Solomon called Amdusias. It starts off slow, with gentle percussion, guitar and drum rolls, and lulls you into a bit of a dream. The gauzy tapestry of sound surrounds you, and you feel you have been dropped into a completely different album of lush dream pop and hints of shoegaze fantasy.

That lasts for the first quarter of the song before pounding drums and a jazzy vocal introduce a total gearshift and the guitar rages. Soon a new bass riff emerges and the listener is transported to another part of the song, seemingly controlled by Beer while guitar licks wrap around his pounding groove. At the halfway point, you fall down another dream-pop rabbit hole with Lounsbury sounding like Debbie Harry from Blondie. In fact, this portion of “Amdusias” sounds like Blondie. A crunching guitar riff cuts into that and we’re back to a more typical rager for The Woodworks, but only for a minute. 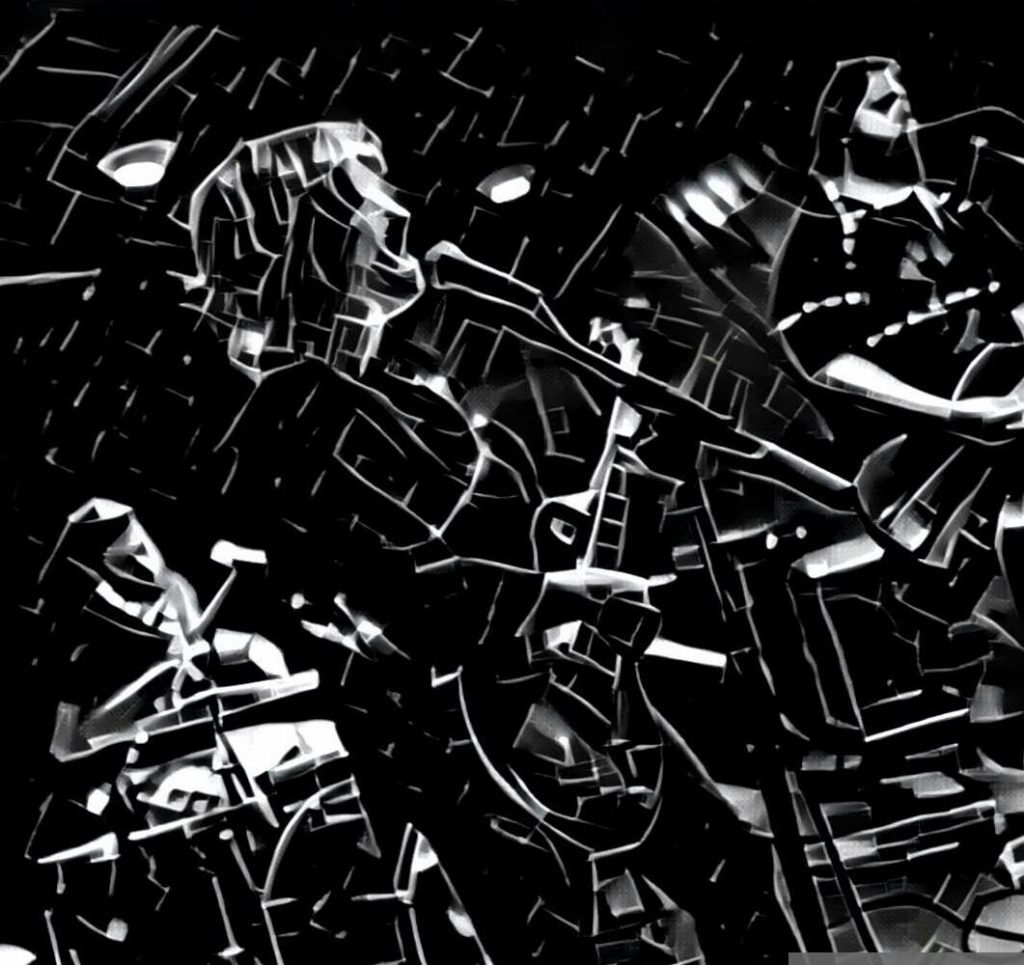 The song, like Amdusias himself, refuses to rest in one spot for too long, and eight minutes in it sounds like the beast has finally emerged and darkness pervades. Hell’s cacophonic composer aside, slowly Lounsbury’s vocals reclaim the liberating light found earlier in the song, while the snares kick up and the guitar becomes melodic once more. Leading the album to its ultimate, magnificent conclusion, a hurricane of guitars and vocals disintegrate into themselves until they are nothing but echoes, reverb and feedback. It is rumored Amdusias prefers trumpets, but somehow I think he’ll be honored with this epic tribute.

LASER. MOUTH. EXPLOSIONS. is The Woodworks’ most mature and most experimental album to date. While it is artistically challenging, to say the least, it’s an obvious show of the band pushing themselves beyond their typical comfort zone. There is no filler here, and the eight songs work together to create a cohesive vision.

I thought the title was ridiculous when I first heard it, but upon hearing the album, it makes perfect sense. The band creates new dimensions on this go round, but don’t confuse the map with the territory. Let the songs take you on the journey.

The Woodworks are set to release LASER. MOUTH. EXPLOSIONS. on September 16 with a celebration at Last Exit Live, where they’ll be supported by Sara Robinson Band, The Haymarket Squares and The Psychedelephants. 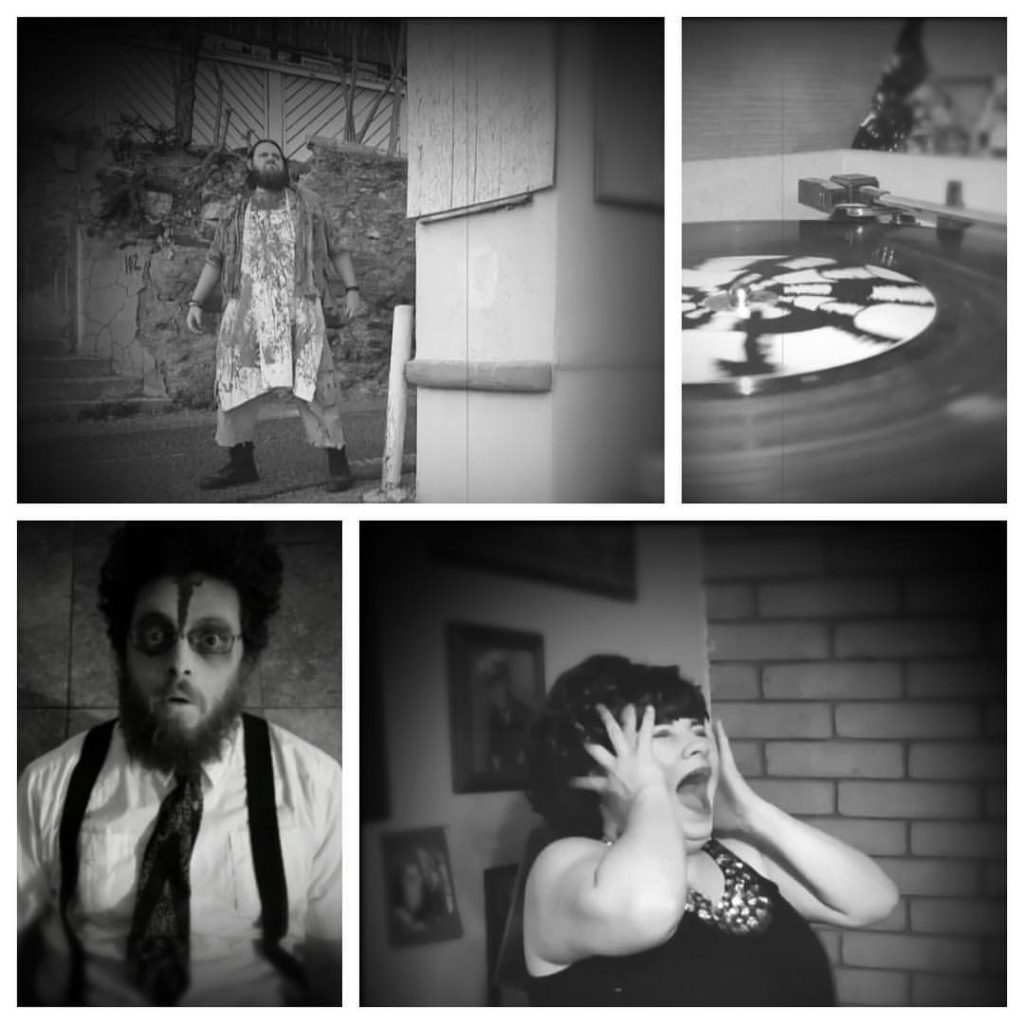