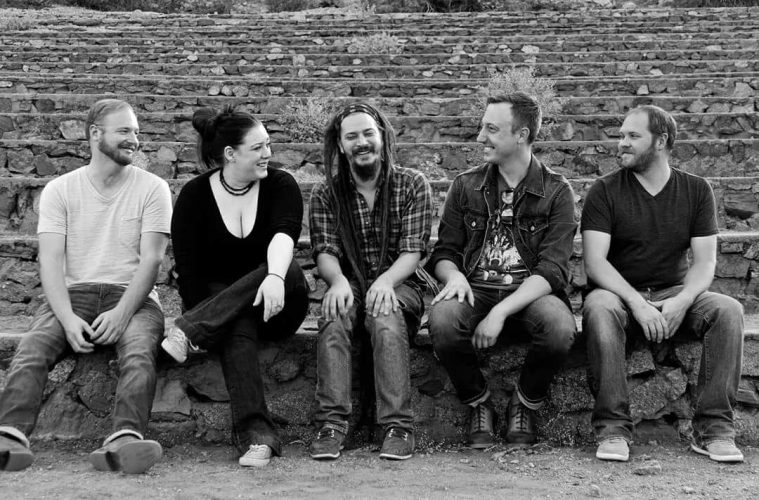 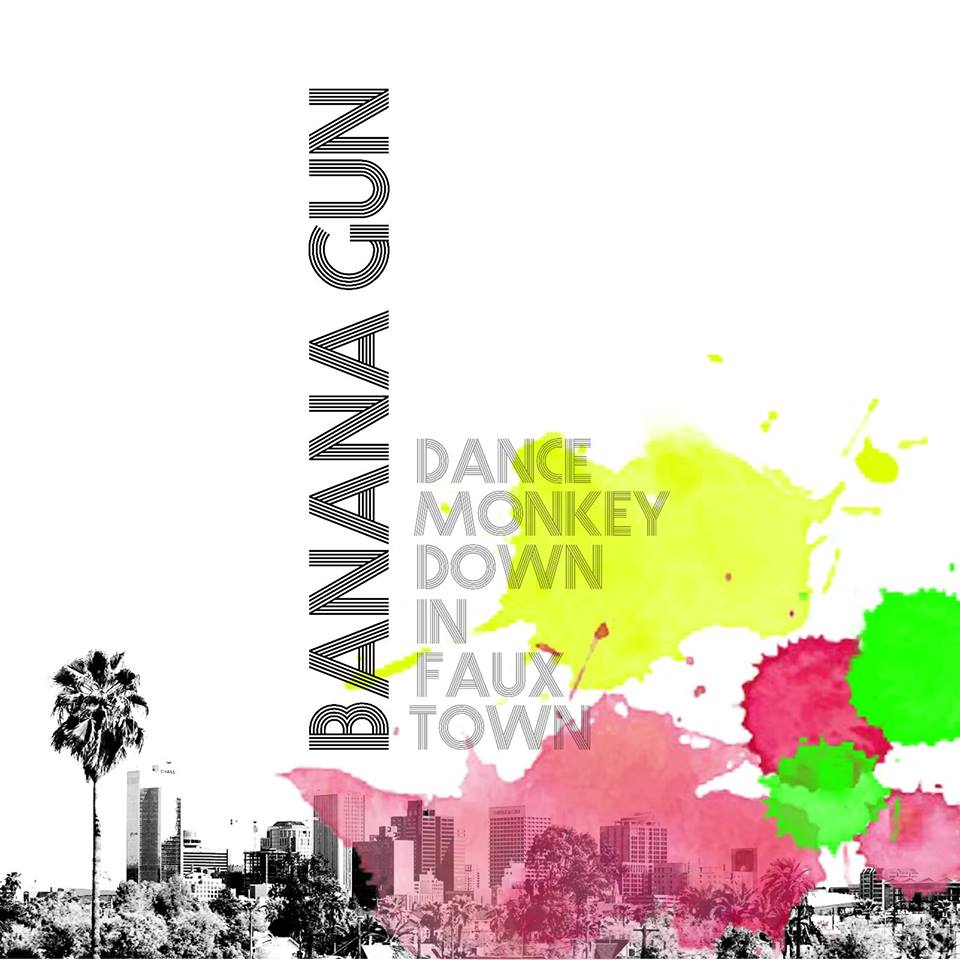 When Banana Gun released their first record, I would have been hard pressed to define them by genre, but there was an almost Americana vibe to it. By 2012, when The Elephant in the Room was released, any hint of Americana was gone and they were well on their way to coming into their own. Two years later, Love.Instinct came on like a rock ’n’ roll juggernaut, and before the end of that year, they released a four-track EP called I and the Me. The banjo seemed to have gone the way of the dodo, and the band had clearly solidified their unusual sound.

Banana Gun has just released their most aggressive and fully realized album to date with Dance Monkey Down in Faux Town. It’s consistent blues-drenched rock from beginning to end, with all the usual Banana Gun flourishes: some jazz here and there, a little bit of folk when needed, a lot of guitar, liberal helpings of sax and a rhythmic drive that pounds mercilessly through the entire record, even on the occasional mid-tempo number.

There’s never a dull moment, and while there may not be quite the revelations found on the previous two full-length albums, the songs are of an overall higher quality in both their construction and performance. The band pulls it off effortlessly on record, much like they do during their live show. Kevin Loyd, Ian Breslin, Nic Dehaan, Ross Troost and Kyle Scarborough have finally made the album that combines the songwriting brilliance of Elephant in the Room with the technical acuity of Love.Instinct. This record plays like their fans’ heart’s desire come to fruition.

The gritty guitar start to “Screen Time,” with sax slowly emerging, has to be one of the coolest beginnings to an album, as the music seems to emerge from the shadows. Backing vocals and horns appear long before Loyd even starts with his usual swaggering, seductive vocals. He flexes his range throughout the tune while the guitars fight for attention. It certainly sets the stage for the excitement ahead as it builds into a frenetic pace with an indomitable groove.

It’s almost immediately overshadowed by “Sex, Drugs and Rock and Roll.” Built on a Chuck Berry backbone with Stax-like horns exploding everywhere, this is possibly my favorite Banana Gun tune to date, regardless if it’s derivative. It owes as much to punk rock as it does to Chuck Berry, so it’s a fine blend of esthetics for the modern day. I can’t imagine that the two songs that open this record will ever leave their live set. Yes, they are that essential to the band’s oeuvre, far more so than, say, “Light On.” 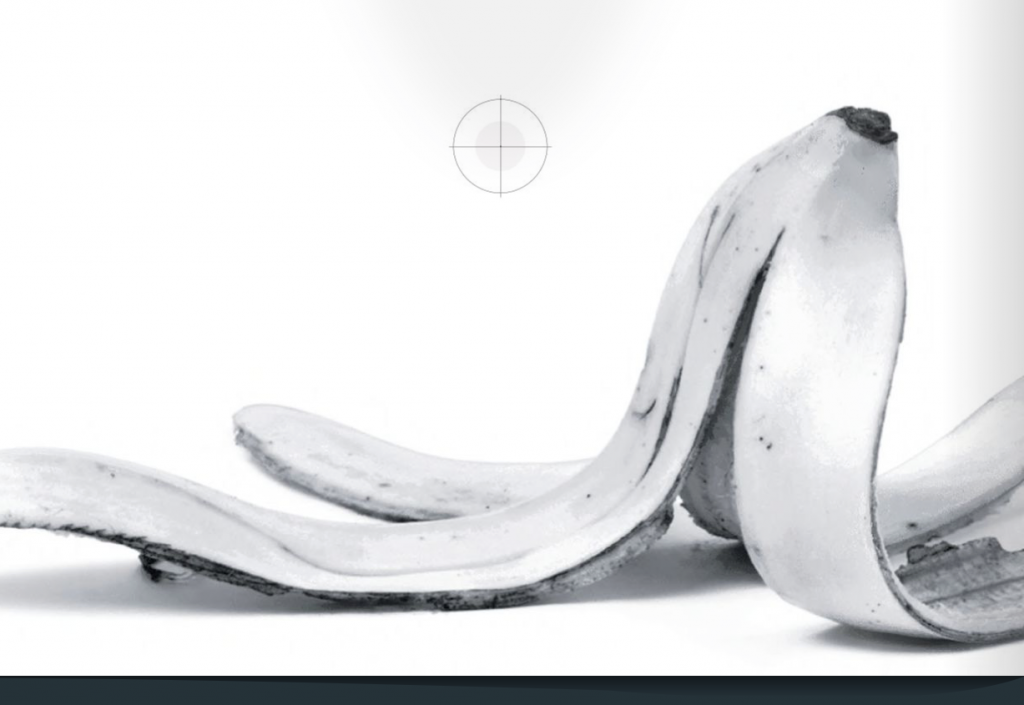 “Wind Up Lonely” has a very ska vibe going for it, which is a step beyond where Banana Gun usually goes, but I could do some two-tone dances to this track that I haven’t done in 20 years. There’s also an influence from south of the border, and it all comes together brilliantly with the ska template. It seems almost like a pop tune, right until Loyd loses his mind at the two-minute mark with raging guitars and howling screams.

When it starts you think “One and Only” might be the first slow number, but it’s more like a ruse that recalls The Doors in the way they could start a song slow and increasingly apply more heat to it across five minutes. It builds slow and steady, with Loyd’s vocals growing to a growl. Not necessarily an outright rocker, it’s a mid-tempo investigation into blues and jazz that rages within itself. It’s a sweltering number drenched in summer sweat that relies on the sax in the end to take it to the limit.

Another pure Banana Gun classic is “Inmate Heartbreak,” which will be a live standard for years to come. One of their most aggressive tracks ever recorded, Loyd sounds unhinged, the sax rages, the guitars duel and the rhythm section thunders. Somewhere someone is trashing a hotel room to this song, and if they’re not, they should be. There may be a touch of metal here, which is welcome and refreshing in the Banana Gun realm.

The deep blues of “Hitchhike with the Devil” finishes off the first half of the record with one of the longest and most fascinating tunes. All in all it’s a pretty standard “me and the devil” blues tune, but it’s Banana Gun doing it, which adds an extra level of darkness and authenticity. It seems like a bit of a slowdown when compared to the rest of the album, but out of context this thing rocks pretty hard—it’s just that Banana Gun have raised their bar on how hard they rock. The guitar is wonderful and maddening, and by the end of the solo, the devil is sitting on the couch with you, asking if you want to go for a ride.

“All & Everything” begins like it’s going to be some kind of twisted carnival pop song, but half a minute in the guitar rages and we are back in familiar Banana Gun territory, with driving blues and a catchy chorus that hooks you for days. Seven tracks in with four being easy single material isn’t a bad flow under any circumstances.

“With Love” is probably the most sentimental song found here, and it slows the pace a little, but only to allow a few moments of emotional depth. It’s a touching number, albeit restricted to something of an adolescent musing on love, or an adult looking back on a time when there was a trace of innocence. This is the only glimpse of their Americana roots and a nice tune that allows you to catch your breath.

At this point in the album, you should get the idea that this is all killer and no filler. From the opening wah-wah salvo of “Gimme Your Love,” this is the kind of groove the band has built its reputation on. It’s the best representation of every member in one song, as well as one of their finest arrangements. Sure, the sax and brass could be found in some key Stevie Wonder numbers, but not with that funky guitar or monstrous cult of rhythm backing this thing. It’s flawlessly pure in its execution and THE highlight of the second half of the album.

“If It’s All the Same to You” has a cool ’50s doo-wop meets ’70s rock revival vibe that they’ve visited previously on a few occasions and that never disappoints. It’s a number for dancing for sure—and I mean like they used to dance at a sock hop, with couples swirling and swinging each other. Kyle’s sax completely makes the number what it is, while the backup vocals add an air of authenticity. 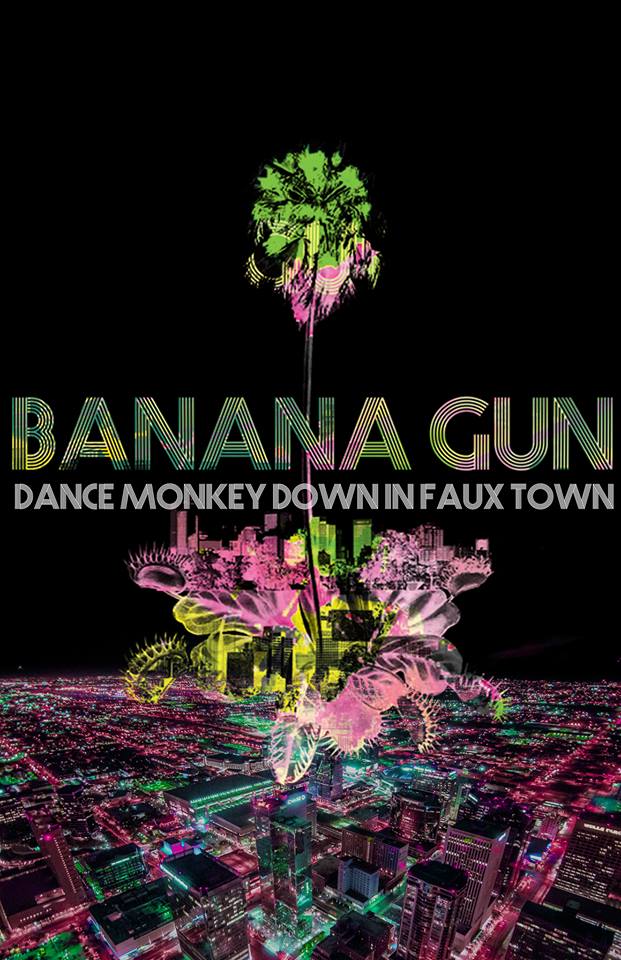 “Call Off Your Dogs” sounds like it could fit into a side of Exile on Main St. or be an outtake from Sticky Fingers. It’s got that reflective, damp basement junkie feel to it, and while it may not rock quite as hard as most of the album, it is one of the most essential tracks to the overarching scope of the record. It’s a fine achievement in songwriting, as well. The second half is more of a tribute to the band’s guitar players ascending through the roof. It ends in a swirling quagmire of sounds and feedback galore, before an unexpected turn.

The overwhelming country vibe of “We May Only Have Tonight” is an unexpected surprise, with a bright and shining acoustic guitar controlling the soundscape. It’s an unlikely way to end the album, but you should always expect the unexpected with Banana Gun. It’s a bit heart wrenching and delicate, and the only place it could go on the album is at the end, without seeming completely out of place.

Dance Monkey Down in Faux Town captures the vitality of Banana Gun’s live show with their most consistent recorded set ever. It’s a balancing act, to be sure. Where there have been uneven measures in previous recordings, they have finally perfected their work on this record. Let us hope we don’t have to wait another three years for them to prove that this is the case.