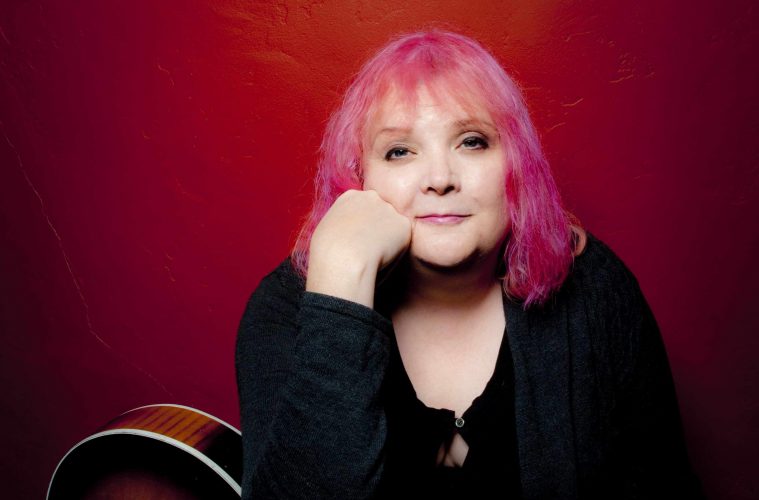 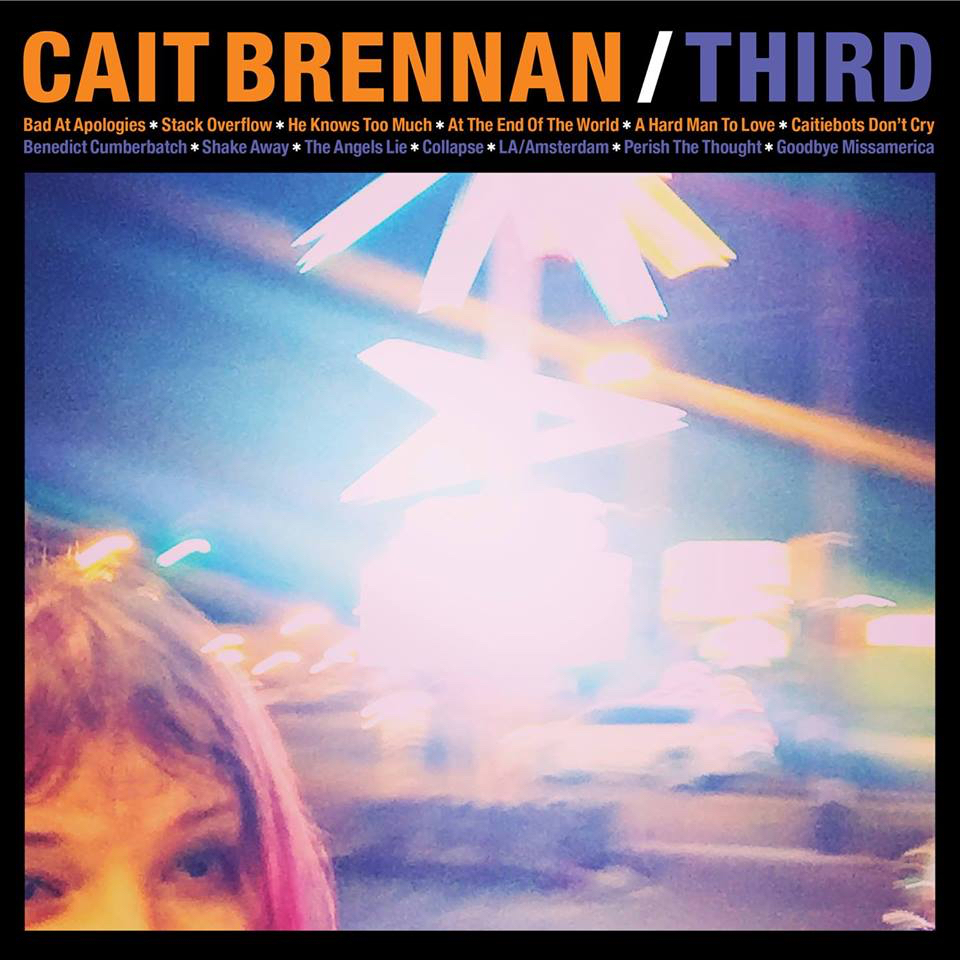 I’m pretty sure I became a fan of Cait Brennan at an International Pop Overthrow show at The Sail Inn four or five years ago. It was a singular performance that has had me following Brennan’s journey through life and music ever since. Last year she released her cleverly titled first album, Debutante, and it blew the collective minds of not only the local music community but power pop and classic rock geeks from coast to coast. The album appeared on year-end lists everywhere, and not just around Phoenix. It was a glorious revitalization of the sounds from Brennan’s youth, mixed with the likes of Harry Nilsson, Big Star and Elton John. Yet for all the influences, it was uniquely Cait Brennan at her best. Or so I thought at the time.

It turns out that I had no idea what her best could be. Third is Brennan’s second official album (there is a live album on Bandcamp). “We swapped the release order because Third seemed more urgent and relevant. Plus, once we went to Ardent Studios and heard the results of their gear, we knew we had to redo the second one, which we’re actually doing in May,” said Brennan.

After the release of Debutante, last year was a roller coaster for Brennan. At one time she was courted by Sire Records, then dismissed. “It’s been an amazing and very weird experience,” Brennan admitted. “We finished the second one when we met Jody Stephens (Big Star) and he invited me to come to Ardent. Playing Chris Bell’s guitar was just an overwhelming experience. I’d played Chris’s Gibson for a take of ‘Collapse,’ and then we took a break. During the break, it hit me whose guitar I was holding and how Chris’s songs had led me through my life to this moment. That passion and feeling was there in the room. And I think that’s what led Omnivore to want to put it out and bring it to an audience, so I’m really grateful for that.”

Omnivore Records most recently released the critically acclaimed Complete Third from Big Star, which collects every known recording and demo that went into the legendary, seminal album. While recording at Ardent—for an album also named Third—Brennan was picked up by Omnivore, who released the album on April 21. Eight minutes shy of an hour long, the record completely resets the bar for exactly what Brennan is capable of, and it is possibly the only record that could make Debutante seem a little shallow in retrospect. Third was flawlessly produced by Brennan with renowned singer/songwriter/producer Fernando Perdomo. 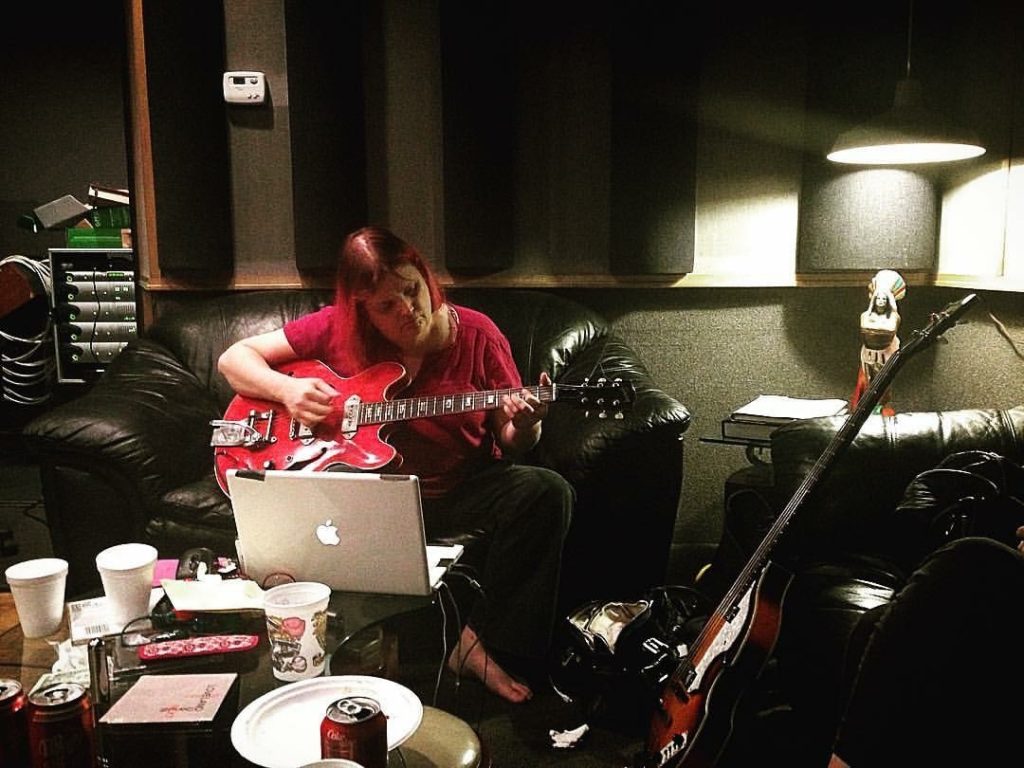 For an album so imbued with the machinations of the Big Star legend, Third sounds less influenced by the cult kings than her first album, and that is apparent on the opener, “Bad at Apologies.” It’s got a heavier, more aggressive groove than anything released before and shows the allure of Brennan’s androgynous vocals. The spirit here is as wild and unwound as her debut was orchestrated and defined. Listening to the records back to back, you are astonished by the searing guitars and big sound. Still, the wildness is what makes this a stunner. It begins, “Yeah, I’m the asshole who stole your boyfriend,” and attempts to explain the reasons behind the betrayal of a good friendship. We’ve all been bad at apologies at one time or another, but Brennan delivers an anthem on the subject.

By the time you get into the cleverly titled “Stack Overflow,” you realize she’s literally grabbing the sounds directly out of the air in Memphis and working all the elements to her advantage. If you are unaware, a stack overflow is a programming error when too much memory is used. Brennan takes that brilliant phrase and turns it into a gospel-funk explanation of the human condition that will have your foot stomping while you shake your air-tambourine. Brennan shines in her wordplay, with the title itself and the eventual metamorphosis to the telling final line, “Stax overflow.” So clever it hurts.

With a backbeat that would make Buddy Holly swoon, a rhythm section Phil Spector would adore and a simmering 1960s backdrop, Brennan brings the murder ballad into the world of power pop. “He Knows Too Much” is about that feeling you get when you open up to someone, too early and with too much outpouring of your soul, so that when it ends, perhaps prematurely, you may have to go into hiding—or kill the person who knows too much. No, Brennan isn’t going to kill anyone, and the hilarious legal disclaimer insert makes that perfectly clear, while it harkens back to spoken-word soliloquies found on 45s from the early ’60s. She’s just being open about the thoughts that cross a recently collapsed lover’s mind.

“At the End of the World” is a monster of a power ballad, and I never thought I would describe one of Brennan’s songs that way, but that’s exactly how it sounds. As soon as Nancy Wilson of Heart hears this, she’s going to want it for her own. Singers in hard rock bands should be planning their covers of this immediately, because this could be what we referred to as a “panty remover” in the 1980s. I hope the women keep it in the family, though, because in that regard it’s just empowering and beautiful through and through.

The transition to “A Hard Man to Love” is not an easy one because we shift suddenly into super upbeat new wave-tinged pop that has as much influence from Difford and Tillbrook as it does Michael Jackson and makes clever reference to Nick Lowe. It’s one of the most perfect tunes on the record, and I sincerely hope it finds its way to being a single. There are so many lyrical references and musical motifs here, including a first sighting of ELO, that I’ll let the reader just have fun figuring them out.

Speaking of ELO, “Caitiebots Don’t Cry” blows my mind, and by this time the overarching architecture of the album becomes clear. While it’s a mid-tempo number, it could be dropped into Electric Light Orchestra’s On the Third Day (ironic), without ruining the flow of the record. Brennan sounds enough like Jeff Lynne here, and the guitar flange places it around that same year, with a heady atmosphere. It’s the longest track, but you don’t want it to end even as it approaches the six-minute mark. It’s about heartbreak and loss, but the vocals and the infinite tapestry they are wrapped in far overshadow that, making it almost dreamy and danceable. The parallel universe that delivers the muse to Brennan must be a fascinating place. 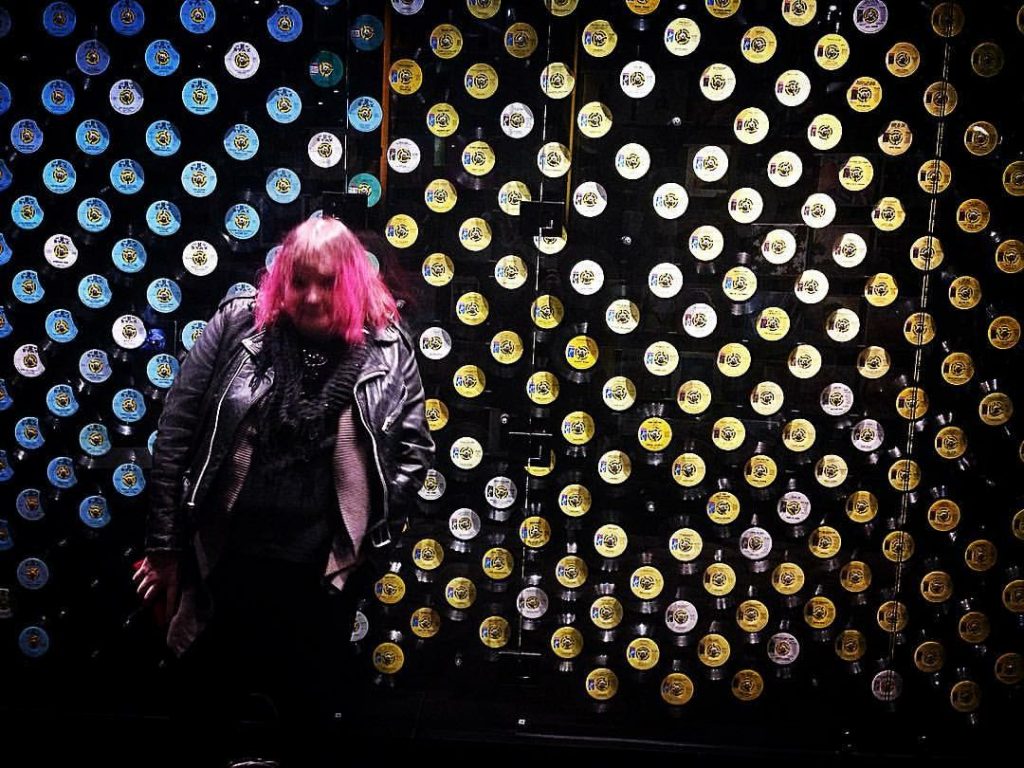 “Benedict Cumberbatch” is the centerpiece of this thirteen-track record that slowly glows in your ear. First of all, it’s damn difficult to fit the name Benedict Cumberbatch into a song, and Brennan pulls it off as well as could be expected. It’s one of the few songs that sounds like it could fit on Debutante with Brennan’s early stylings and more traditional pop compositions.

The absolute dance party that is “Shake Away” channels Big Star, as well as erstwhile power pop partners in crime like Raspberries, The Records and Dwight Twilley Band. The album is almost overwhelming at this point for anyone who really digs the last sixty years of rock and pop. Another one of my absolute favorites, and if they get to the point where they’re pressing 45s, this should be backed with “A Hard Man to Love.” This song makes me swoon as much as it makes me wanna dance.

Thunderous drums, chugging striking guitar, vocals kicked to ten on the aggression meter—that’s just the first seven seconds of “The Angels Lie,” yet another clever clincher for Best Music Geek Song of the Year. It is at once a vulnerable number, as Brennan speaks openly about her health issues (Young Onset Parkinson’s) while going through a litany of musicians we lost last year and imagining Harry Nilsson putting together a brilliant band on the other side. The “Bridge” portion (you’ll know what I mean when you hear it), as well as the “End,” is at once funny and yet completely serious.

“Collapse” is a soulful, reflective ballad, played appropriately on Chris Bell’s guitar, conveying the only mournful, maudlin mood found on the record. It’s deep in exhaustion, but so strong, and equivalently tired, and for that reason it’s completely relatable. It refers to the brushstrokes of mortality that Brennan’s health reminds her of more and more often, but it’s a realistic outlook on constantly running a race you don’t know if you can finish in time.

There’s a bit of darker new wave influence on “LA/Amsterdam,” as Brennan culls more material from rejection in both musical validation and romantic satisfaction. This is a number Stevie Nicks should be hell bent on covering, because it’s got a sense of underlying magic. Kicking off with a shaker and a church organ, it’s difficult to hear where “Perish the Thought” is going, but it builds, each verse adding more instruments to the mix. Brennan’s voice is relaxed and seductive, and by the time the bridge hits, it’s a chorus of angelic voices.

The album finishes with “Goodbye Missamerica,” which bids adieu to the America we knew only a year ago. It’s a hell of statement to go out on and could be seriously mistaken, again, for a Jeff Lynne composition, not only for the vocal gymnastics but the orchestrations involved here. It explores the golden age of ELO found in the fascinating middle of their catalog. This is a moving, heartfelt number in a completely different way—more out of sheer beauty than vision. It feels like the album is delivering its final notes in effervescent clouds, far above the troubled land, slipping you into lullabyed dreams. 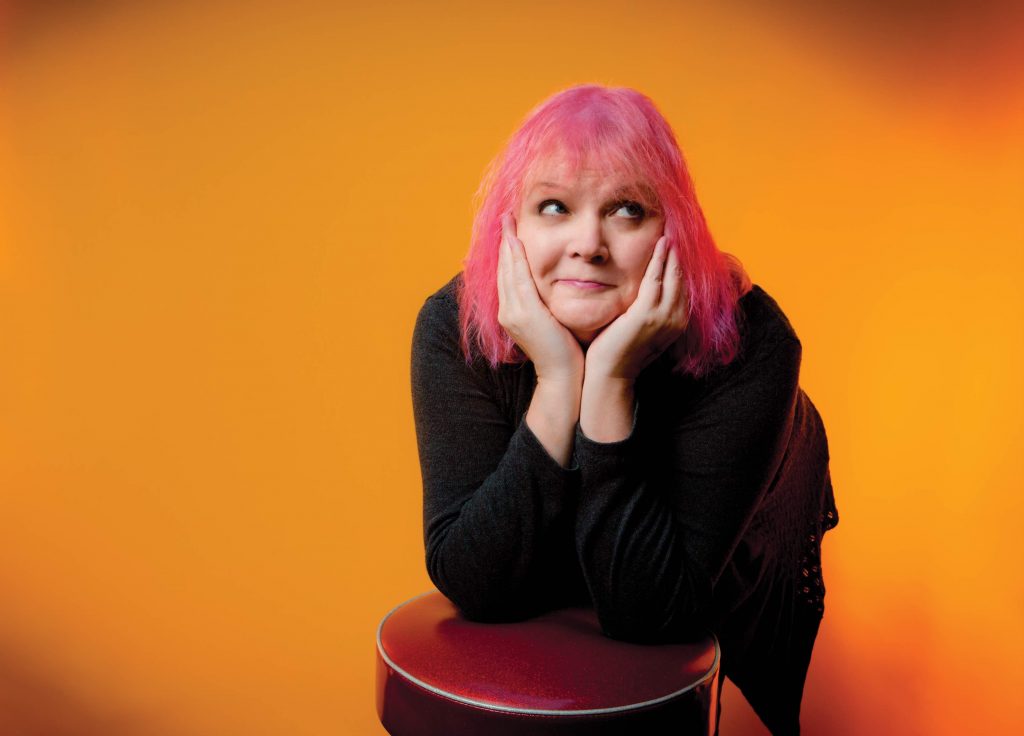