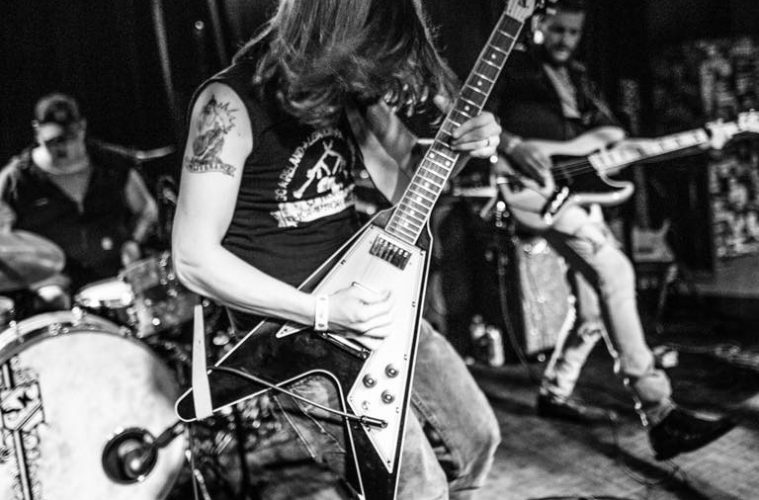 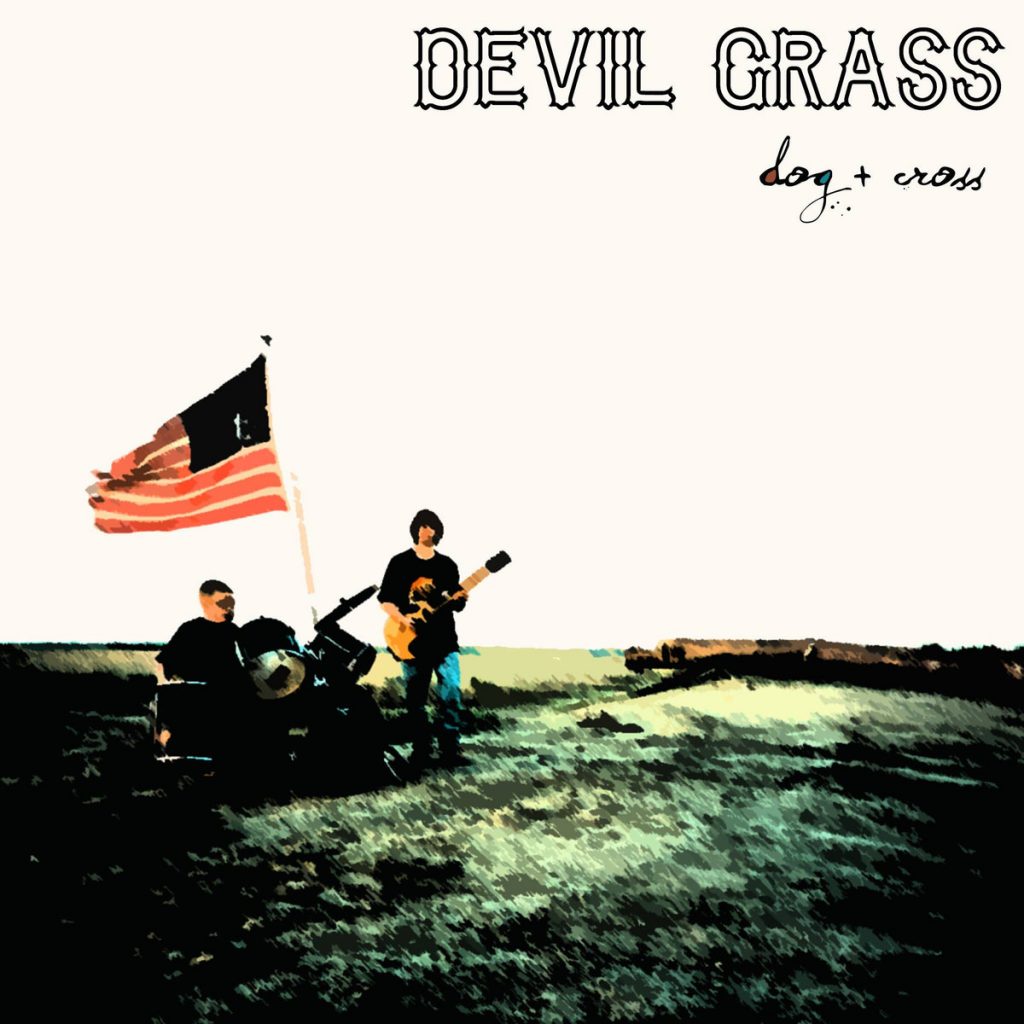 I’ve been waiting for Devil Grass’ debut EP since they released their first original single at the start of 2016. It almost felt like I’d only dreamed about “In the Cut.” But lo and behold, Devil Grass has released the four-track Dog + Cross EP, and it’s a great introduction to a big, twangy rock ’n’ roll band.

You wouldn’t suspect anything twangy from the feedback-laden intro of “Hundred-Year Woods,” which becomes a shimmering wall of guitars inside of a minute. By the time the vocals are being delivered, there is a bit of high desert roaming through the soundscape, but this is epic rock ’n’ roll that’s just drifting toward the scent of sagebrush. At nearly seven minutes, you’d think it would be the longest track here, but they save that for the finale. 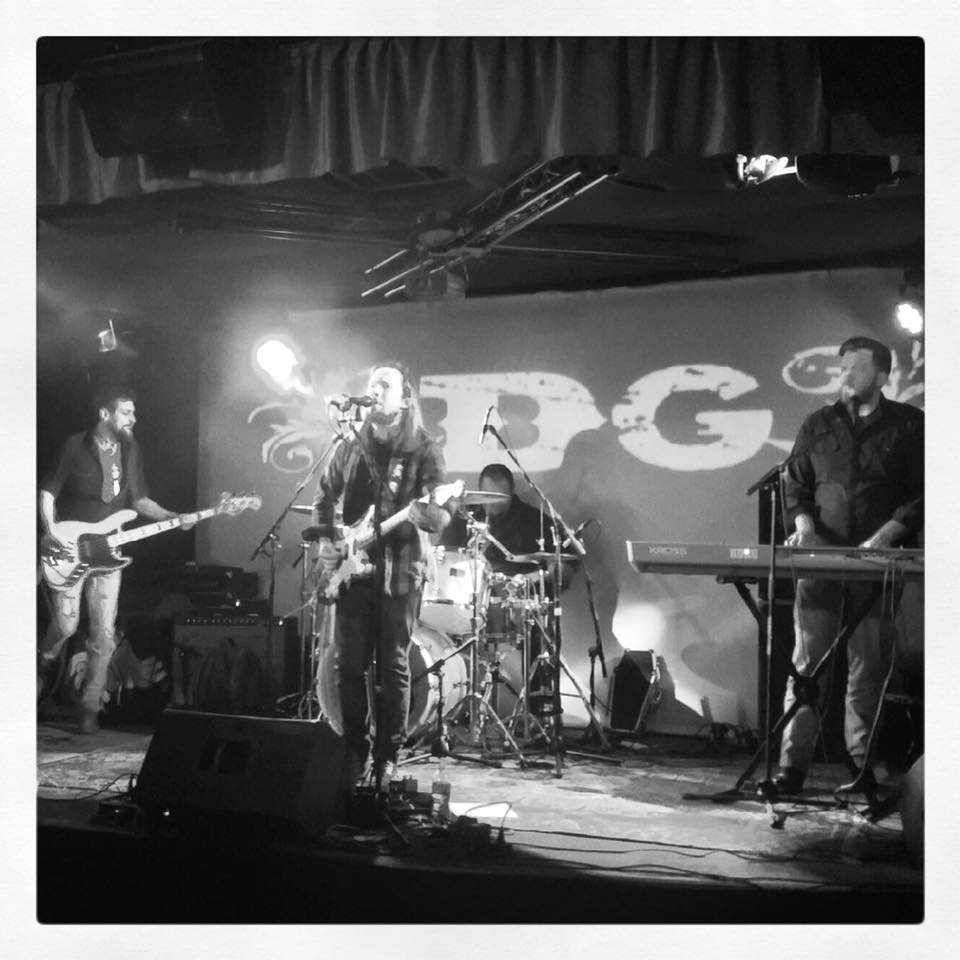 I was glad to see “In the Cut” made the cut, since it’s what sold me on their sound in the first place. While it features blazing guitar and a definite rock vibe, it’s soaked in whiskey-fueled Americana warmth. “Pioneers,” the most upbeat track here, starts off as near power pop with its catchy-as-hell delivery, manic piano and brilliant guitar hook, then becomes nearly a prog-rock extravaganza in the end.

If this EP’s idea is to show off every side of Devil Grass, then they’ve achieved their mission, and they sealed the deal with “St. Joe’s Spitting Image,” an eight-and-a-half-minute opus about the changes a man goes through upon becoming a father. This may be an EP, but it’s weighted like an album and just shy of being one, considering its length alone. Sonically speaking, it defies genre, while feeling authentic and original. 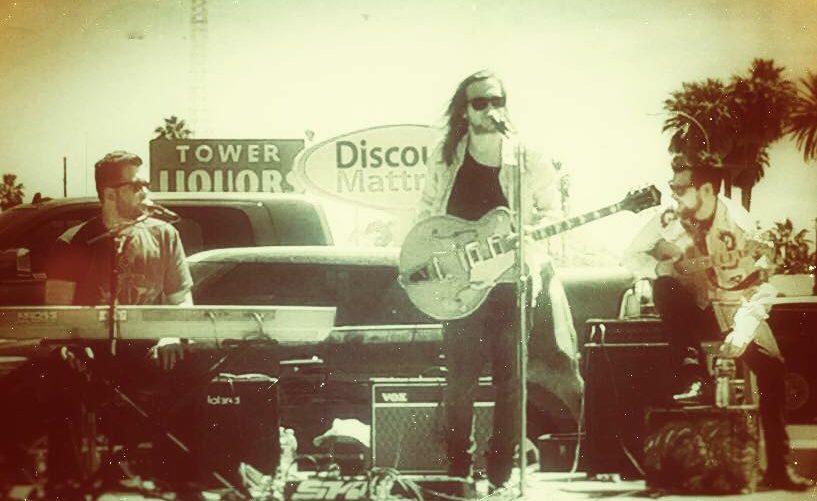