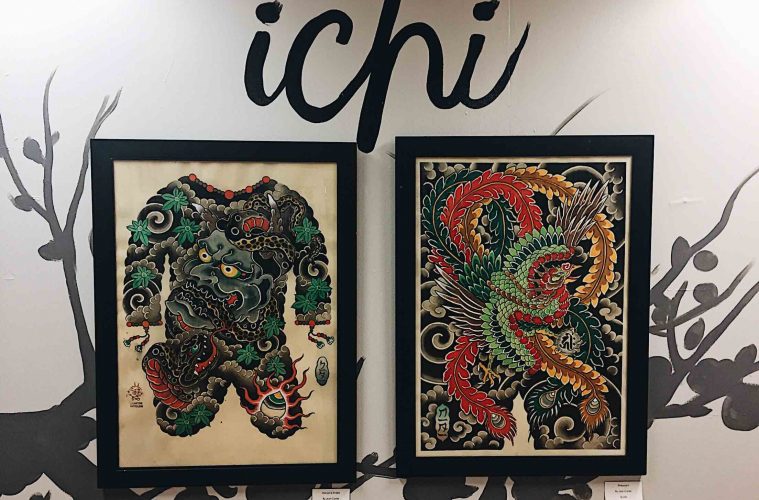 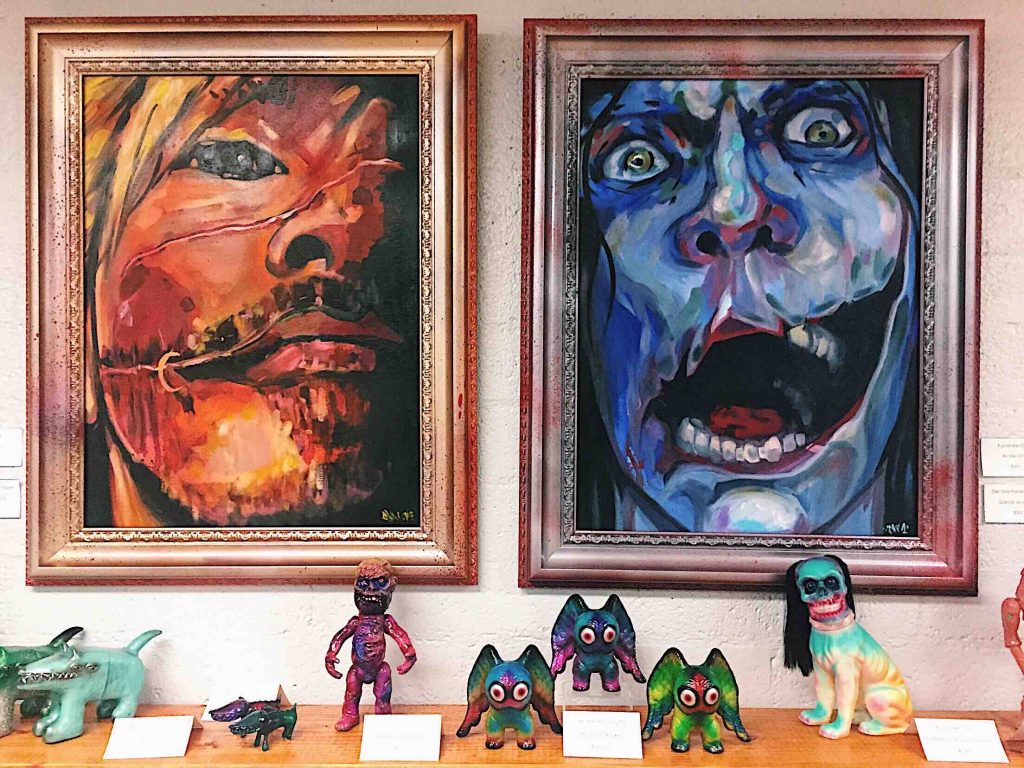 Ichi is the Japanese word for “one,” and it is also the title of the recent exhibition at Lulubell Toy Bodega, in Mesa. A special one-night event, “Ichi” celebrated the shop’s 10th year in existence, and their first month in a new location. The decade milestone gave the store and gallery’s owner, Amy Osowski, the perfect opportunity to curate an exhibition of fantastic paintings, vinyl toys and figures in other mediums created by more than 30 of the artists—local and otherwise—that she has worked with over the past 10 years. Osowski is partnered in the business with Luke Rook, an Arizona native currently living in Japan. She talked to us about “Ichi” and the recent changes at Lulubell.

“The show featured amazing talent from all over the world,” said Osowski. “Some of the artists did multiple pieces, but it was all custom toys or original paintings made just for this exhibition.” For her, the night was important for the business but also resonated on a personal level, as over the last 10 years she has developed friendships with many of the artists and their collectors. “With social media,” she told us, “it’s like a big, worldwide family. I have opened my home to both artists and customers many times when they have come to town, and they have done the same for me in my travels.” She says those fringe benefits are genuinely priceless and make all the hard work more than worth it.

“Ichi” featured canvas paintings by area tattoo artists Aaron Coleman, Josh Carter and Mando Rascon. Osowski tells us that Lulubell is currently working with Coleman on a vinyl toy that will debut later this year. Another highlight was a custom toy created by Candie Bolton, a sofubi artist, whose piece includes eyes that light up with help from an external remote control. Sofubi is Japanese for soft vinyl, and sofubi toys are something Lulubell manufactures on site in their workroom. “The sofubi toy art genre is a fascinating world,” Osowski tells us. “We have a monthly meet-up called the Sofubi Social, which is basically a nerd-out session for those who love to talk about toys and art.” 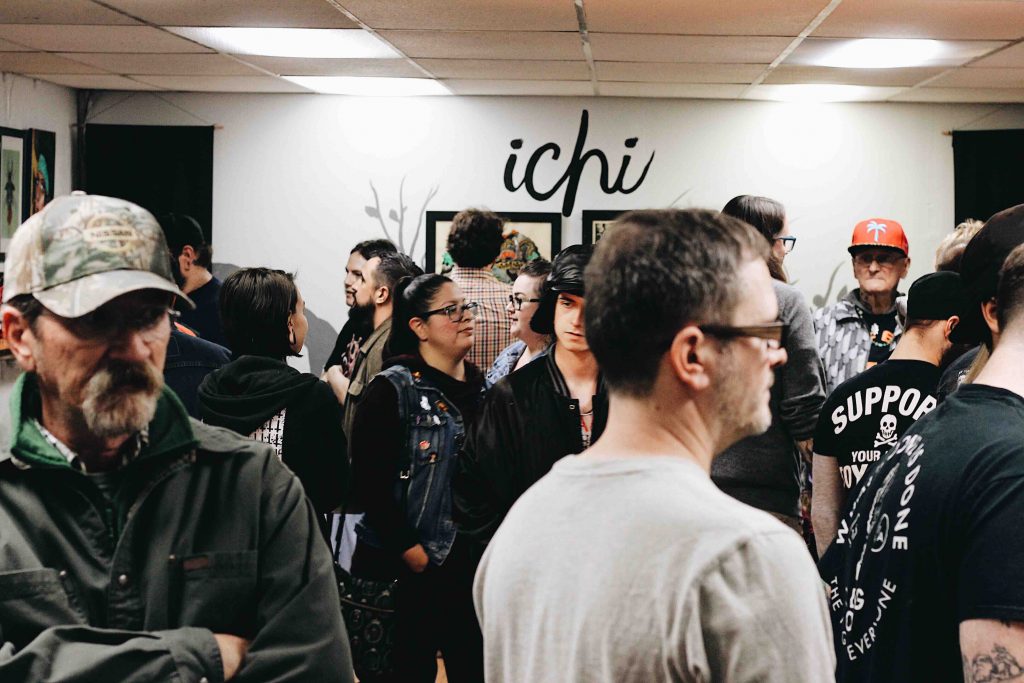 With Lulubell now located just down the street from their old spot, Osowski said that downtown Mesa will always be their home. “Staying in downtown Mesa was really our only requirement,” she said. “The community is very tight-knit and supportive.” The move was intended just to find a store layout that better fits their needs. This one includes a retail area, workroom, gallery space and an outdoor area where they can have live painting events and bands. Industry-specific workshops to teach different processes, such as making resin-cast toys and airbrushing, will add even more depth to the programming. A monthly artists market is something else they hope to launch this spring.

Osowski says they love being a part of the local and global art communities. “We want to make everyone who walks through our doors feel inspired to create, however that may be.” 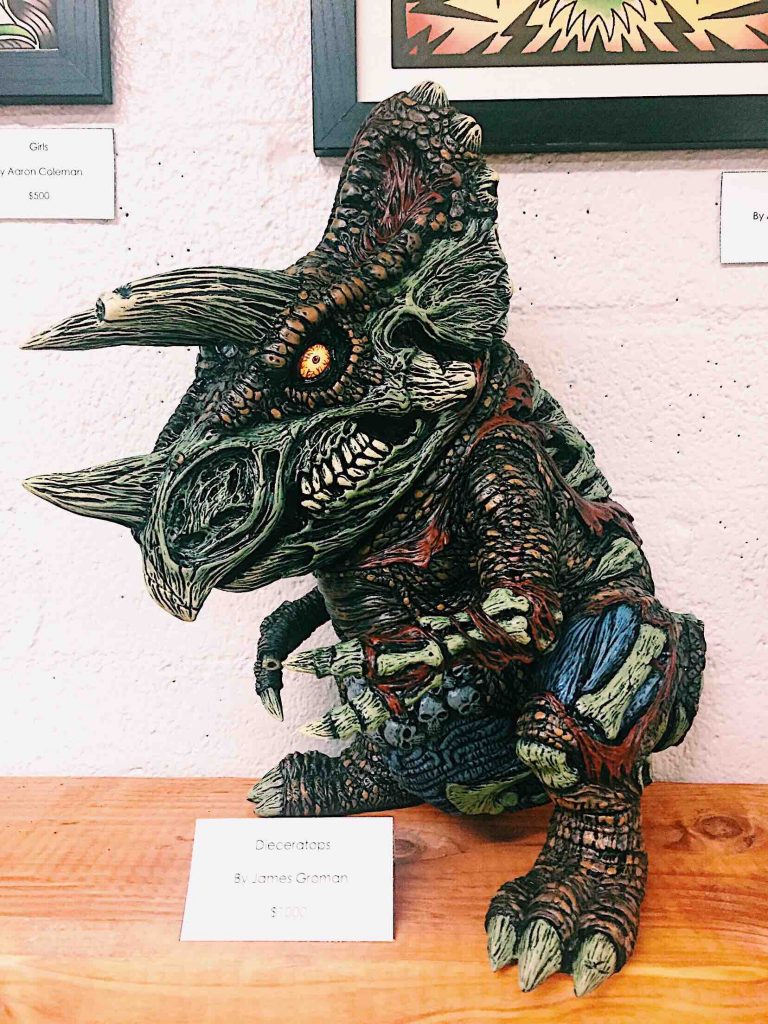