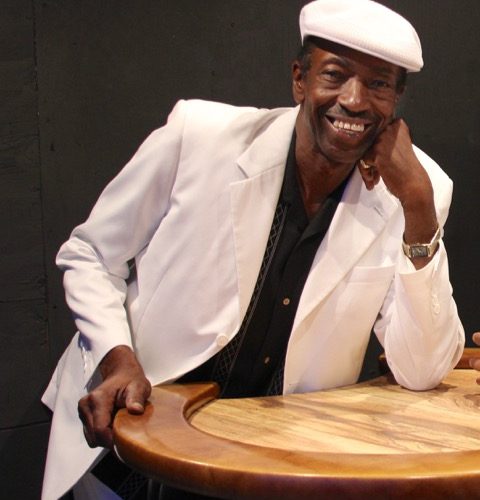 Roscoe Taylor: From Chez Nous to The Womack 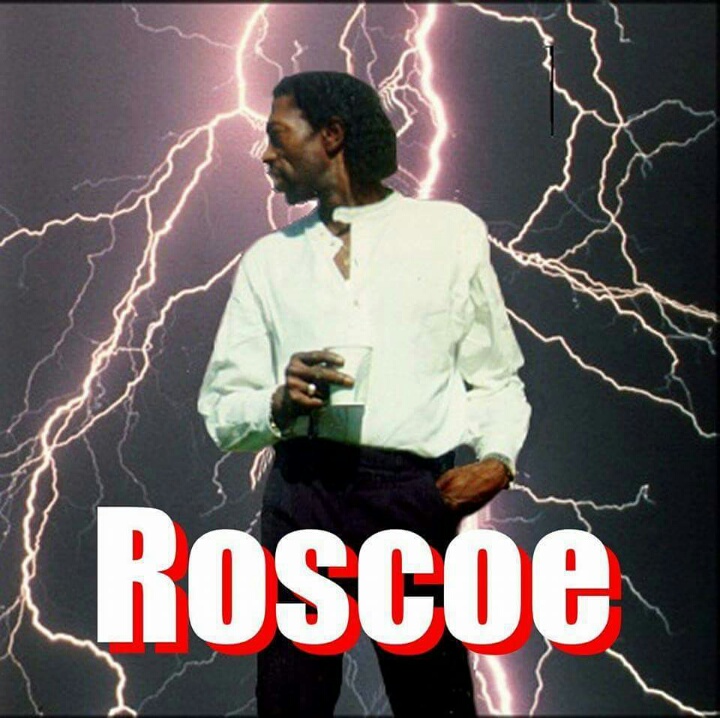 For many of us, the late, great Chez Nous cocktail lounge on the southeast corner of Seventh Avenue and Indian School in Phoenix was a cool refuge from both the sun and real life, perfect for day or night drinking, conversation, dancing and fun.

The one-story building doesn’t even exist anymore, thanks to a string of developers who eventually put a Fresh & Easy (now home to Natural Grocers) on the property, but for those who remember it, the feeling of venturing through the three or four steps it took to walk through Chez Nous’ entryway was completely unique. Simply put, Chez Nous transported patrons to a different world and was unlike any other establishment in Phoenix.
The first thing you noticed was the darkness.

Chez Nous was dark. If you’ve ever had your eyes dilated during an eye exam, you know the feeling of helplessness when you can’t adjust quickly enough to the daylight outside the doctor’s office. The experience of entering Chez Nous was the extreme opposite of this. Even if you were a regular and knew what was coming, you would enter the bar and it would take a few minutes to really be able to see anything. When the joint was jumping on a Friday or Saturday night and the dance floor was full, it was difficult to really get a good look at anyone who wasn’t directly in front of you, which made the place great for feeling anonymous in your pursuit of a good time.

It took a trained and well-adjusted eye to see all the little nuances that made Chez Nous like no other place. The flocked wallpaper was exquisite, with an intricate French-themed pattern that would occasionally seem to glow in the light of the bar. The dance floor was tiny, and when Roscoe Taylor was playing, good luck finding a spot without making some friends. For years, Taylor and his musical partners were the main attraction, and no one commanded the room the way Taylor did.
No one. 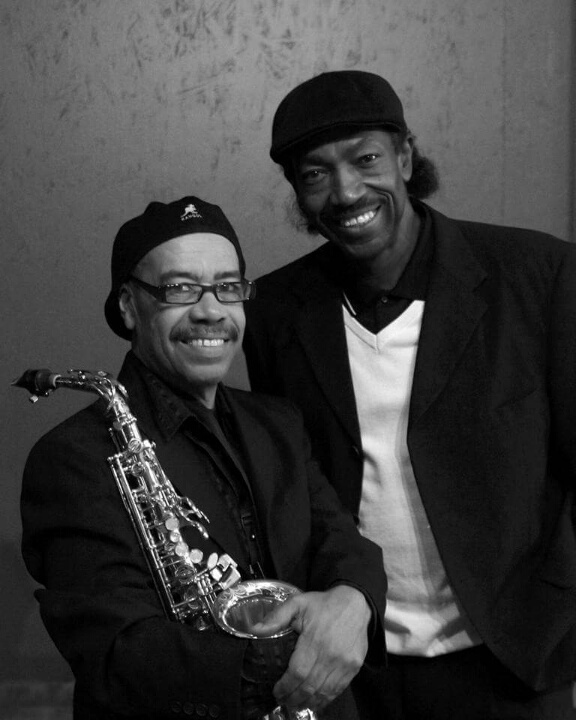 “I started off [at Chez Nous] with two nights a week, then three nights a week, and then I made Bob [Pavlovic, who owned the club at the time] an offer to do five nights a week. Every month we had a business meeting, the owners, staff and everybody, about how we could make the club better. He [Pavlovic] made you feel like a family member. That’s why I stayed so long. I was part of the family. I was not just a hired musician,” shares Taylor over a beer at another great neighborhood joint, the Original Wineburger on 19th Avenue.

Taylor exudes charm and charisma. It’s hard to imagine him not seeing someone he knows just about every place he goes, and every person he sees gets the same great energy and acceptance as someone he’s known for years. He worked the room at Chez Nous like it was his own living room and you were there for a party.

Taylor continued, “I just greeted everybody. I made sure everybody at every table was going to get a handshake to let them know how much we appreciated them being there. The next thing I knew, I had such a big family. I didn’t know everybody by name, but I knew faces, and the bartenders knew what people drank. The customers were always taken care of and,” Taylor pauses before continuing, “nobody ever felt like they were left out.”

But this, like much of what made “old” Phoenix bearable to locals who knew there really was culture and cool things happening in town all along, is the past. The building is long gone, and a whole new generation of Phoenicians have turned 21 (or more) since then without having the opportunity to enjoy anything remotely similar to the Chez Nous or an evening dancing to Roscoe Taylor and friends serving up some delicious rhythm and blues.

In the nine years Chez Nous has been gone, Taylor has continued to perform around town at a variety of different clubs. He has graced stages large and small, including the American-Italian Club on North 12th Street, and has often been seen performing with his cousin Tommy Washington or excellent saxophonist/keyboard man Jimmy McElroy. But the feeling he created at Chez Nous has never been matched.

Luckily, though, salvation is right around the corner. The Womack is coming.

Valley restaurant and club entrepreneur Tucker Woodbury and his company, Genuine Concepts, have purchased what used to be Apollo’s, on North Seventh Street in Phoenix, just south of Bethany Home Road. The building, which for a long time housed a gay bar, is similar to Chez Nous in size, and it has no windows—which was part of what gave Chez Nous its unique vibe. There was a feeling you could have been anywhere in the world having a cocktail, because there was no hint of the outside world at all.

Taylor is certain The Womack will be a big success.

“Well, I think since Tucker is such a PR man… he knows how to sell his club. He’s going to let everyone know I’m back. People who like old school R&B are going to come. Old friends, new friends, young people. Once everyone comes in and sees the same club [Chez Nous], they are just going to flip. I can’t wait to see it all finished. I loved Chez Nous. You could just get lost in there,” says Taylor.
Woodbury has dubbed the bar The Womack, as a tribute to the original owners of Chez Nous, Andy and Maureen Womack. It’s a place for Taylor to call home. 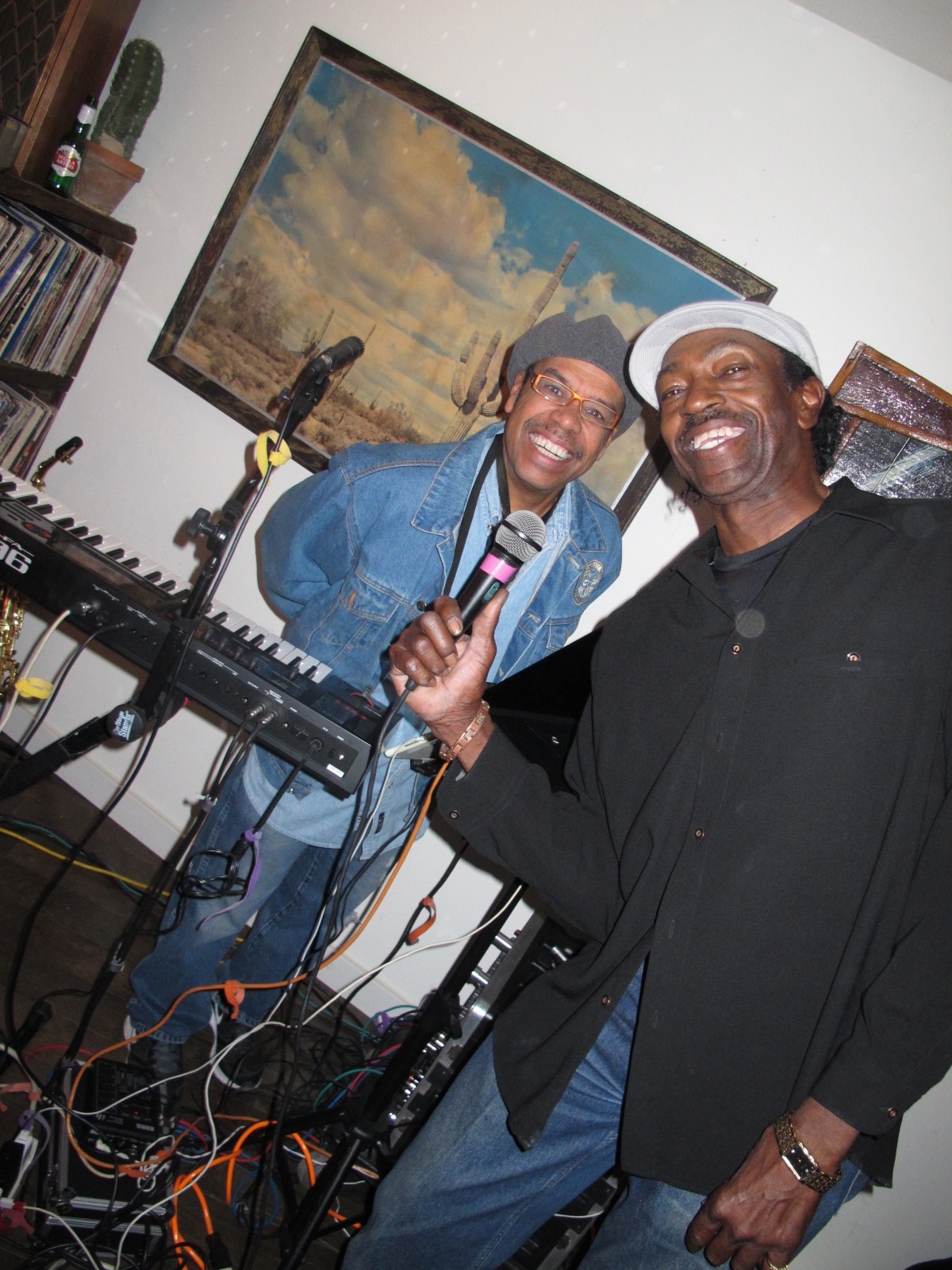 “Tucker told me two or three months ago that he was going to open up The Womack in my honor. The hardest part has been the waiting. I’m really looking forward to it. I think it’s going to be great because I love what I do so much. It’s going to be great for Jimmy [McElroy, who will continue to partner with Taylor at the new venue] because he doesn’t have to take his equipment down for three days,” says Taylor.

For Taylor and fans of exceptional R&B, soul and rock and roll, this is a great turn of events, as Woodbury has brought on Taylor to perform Thursdays, Fridays and Saturdays exclusively. Taylor is well known for not only putting on a great show but also, as previously mentioned, making people feel at home wherever he performs. The practice of shaking every customer’s hand is one Taylor will undoubtedly continue when The Womack opens in September.

“I enjoy my job so much,” says Taylor, who at 64 still has an unmistakable gleam in his eye when he talks about performing.

Many might think Taylor has enjoyed a life of partying in addition to his long career as a musician, but this is far from accurate. Around the time he began working at Chez Nous, his daughter Tawny Lynn was born. At the time, her mother, whom Roscoe describes as his best friend, was very ill with lupus, so Taylor was a full-time father during the day, rushing back to his sister’s house, who was looking after Tawny Lynn, after his gigs to pick up his young daughter. Tawny Lynn is now 20 years old, and while she’s interested in singing, her father is having none of it until she finishes her education.

“I told her, ‘The only way I’d let you sing is for you to have all your ducks in a row.’ Music is hard. You have to build up your life, first. When she’s ready, I’ll show her all the tricks of the trade. I want her to keep her job and keep going to school. She would love to perform, but there’s too much involved. It [music] is a business. If you get caught up in the romance part of it, you’re going to be out of business quick,” shares Taylor. 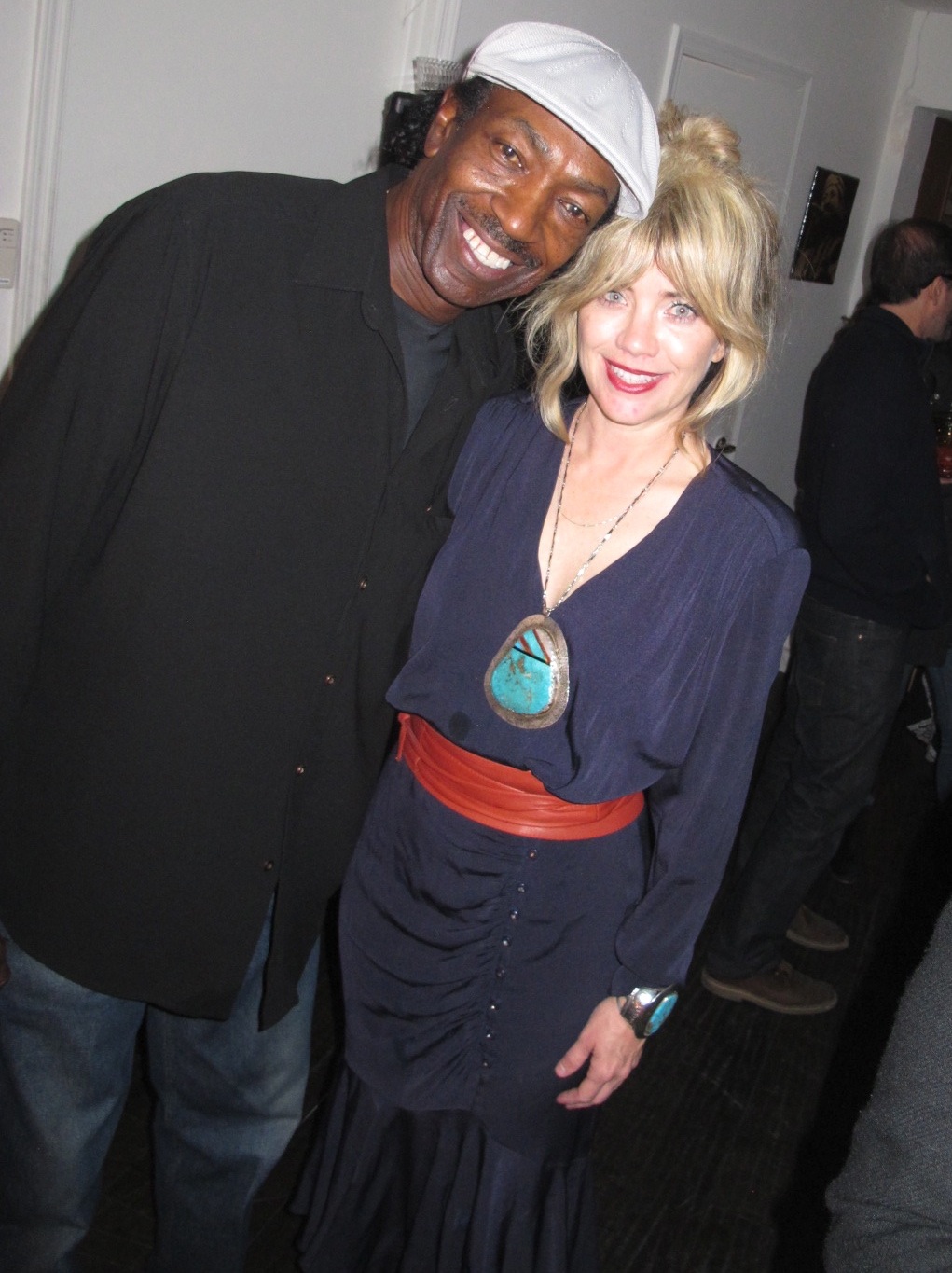 In addition to music, Taylor has worked for the City of Phoenix for the past 16 years. He enjoys working with his hands and spends a great deal of time outdoors, as his role with the City includes taking care of the numerous trees and the shrubbery around town on City property.

As The Womack nears completion and joins a truly burgeoning area of Phoenix dining and nightlife, Taylor seems ready for the next chapter of his career. The man is a genuine Valley legend, bringing the perfect combination of talent, attitude, class and tenacity to the table, while remaining a true gentleman along the way. You would be hard pressed to find anyone who would say anything bad about Roscoe Taylor in this town, or any other, and if someone did, there would be a long line of ardent supporters for them to answer to.

Only time will tell if Roscoe will be able to recapture the magic of the old Chez Nous, but it’s really only a bonus if he does. Taylor’s been creating magic consistently since the original Chez Nous closed down in 2007, and the odds are good that he will continue to thrive in his new digs at The Womack. He likes to work every weekend, still, and that will probably never change.

“I had a good run. I just never quit. I book myself and it’s been my own business for a long time. I’m taking a chance with Tucker, because I’ve been booked [at other places around town] for a long time and had to let everybody know what I’m doing now. I’m excited,” says Taylor. He pauses and takes a good long sip of his beer before he smiles and says, “I’m ready to go.”