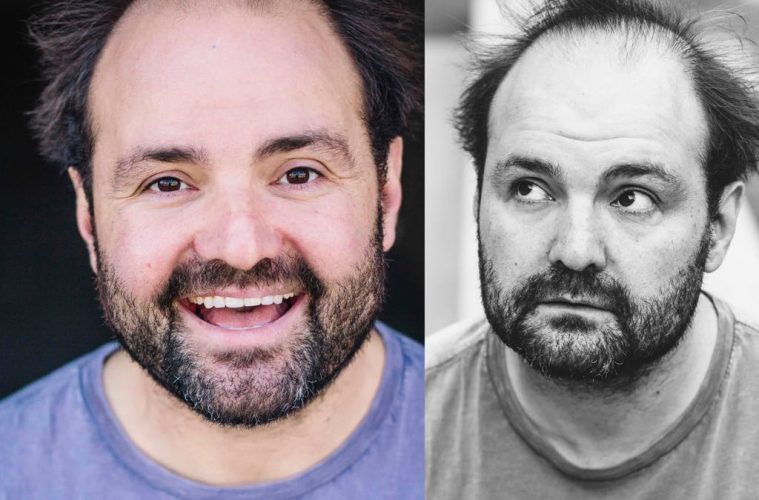 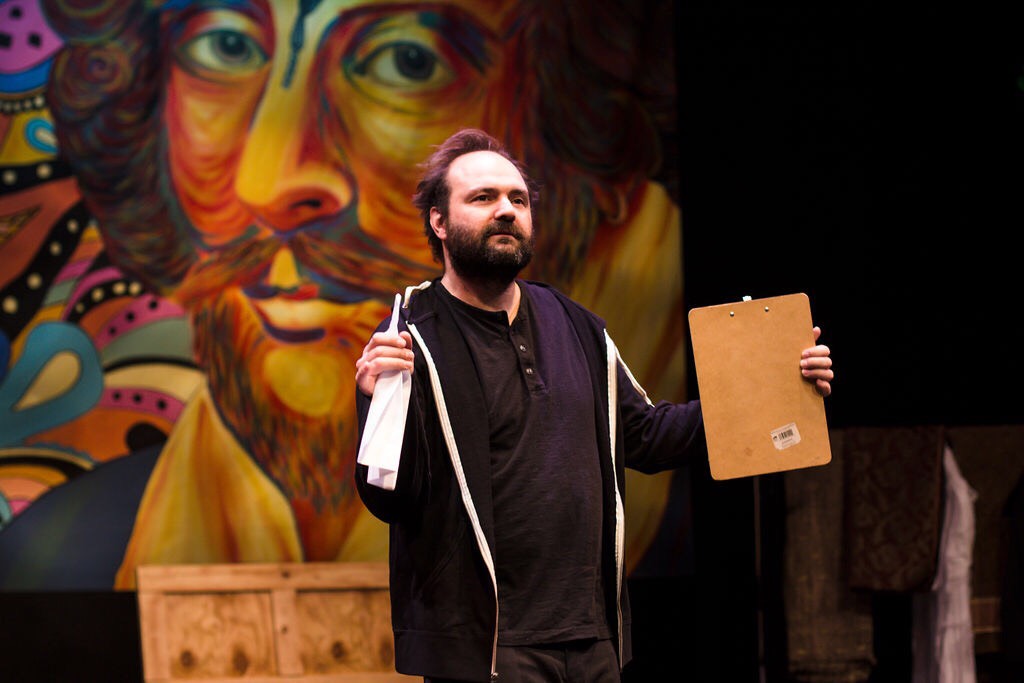 As we sit under the hazy light of his favorite Tempe haunt, Louis Farber recalls the first moment he knew he needed to pursue theatre: He was the owl in his elementary school play. “I remember very viscerally, even though it was third grade. Everyone’s parents were there, and you could have taken a crap on stage and they still would have loved it. I remember what it felt like to be appreciated by an audience, their laughter – that was the end of it.”

Louis is known throughout Phoenix as an actor, director, and collaborator, working on various Valley stages. What makes him such a great collaborator? “The best idea in the room wins,” he says intensely. “It just does. Because I don’t know that you can kick ass unless the group feels like they have agency and they have a voice.” It’s clear that Farber creates theatre that is inclusive, energetic, and – arguably – fun. “It should never feel like you can’t say what you’re thinking. Even if you don’t have the best idea, your thoughts might help get us to the best idea.”

Farber was born in Philadelphia and moved an hour outside of the city to Reading when he was young. “My family turned me on to theatre.” He shares stories of going to Philly’s Walnut Street Theatre and Forrest Theatre as a kid. “Reading wasn’t like Philadelphia – we didn’t have big city access. Sometimes we went to New York – my dad’s family was there, in New Jersey – but it was still quite a trip for my folks, with us two kids.” 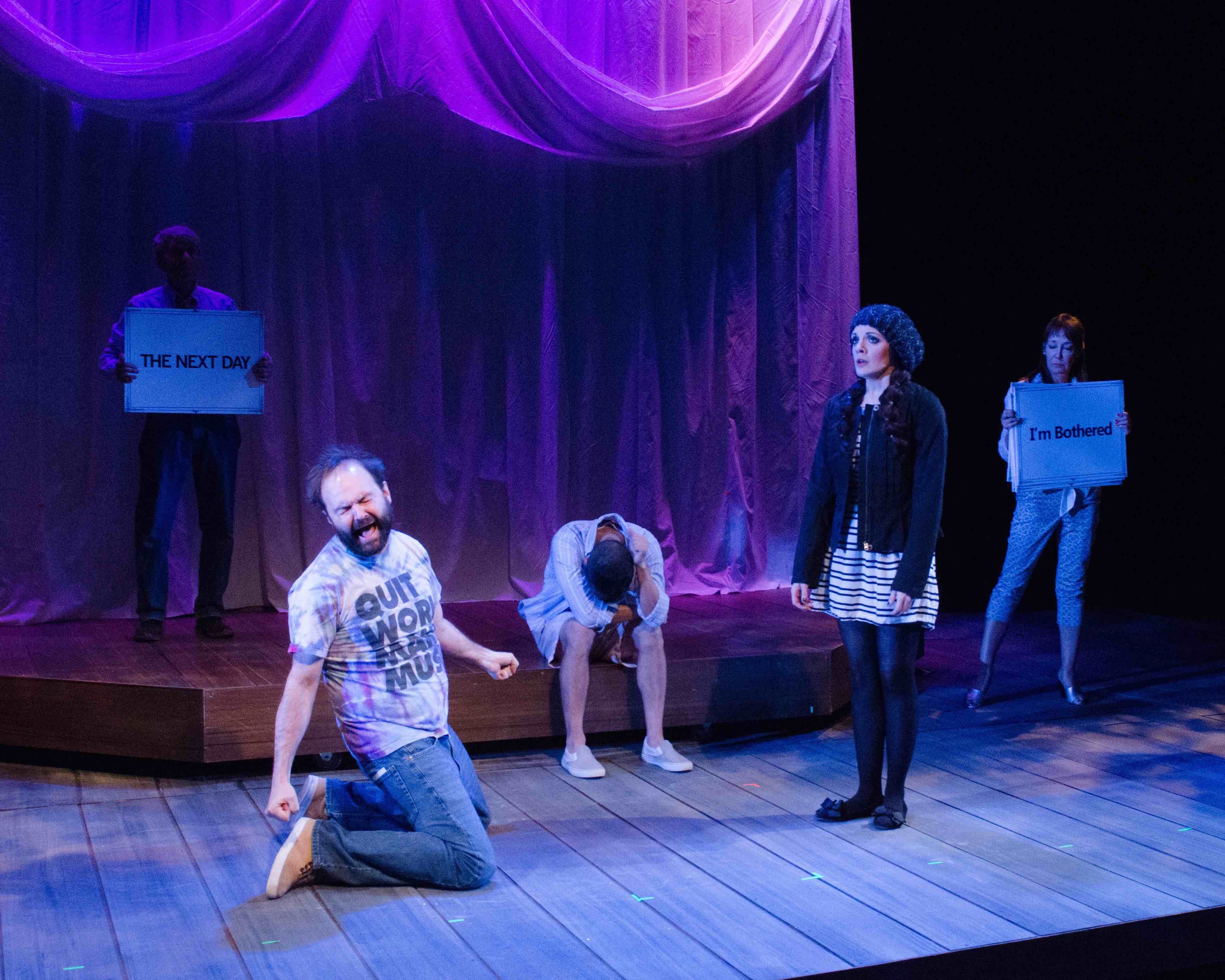 “I remember seeing one of the weirdest plays,” Farber says, recalling a production at Walnut Street Theatre. “It was this strange, futuristic kind of play with a video screen and a bald lady with a spiderweb on her head. It was definitely bizarre.” We threw out titles to try to identify the play, but we were at a loss. “That’s when I was pretty sure that I would watch anything.”

It wasn’t just exposure to theatre that Louis received from his parents. “My dad is a very artistic person,” he says. Farber rushes into stories of his father’s guitar skills and his singing, and says that his dad’s humor inspired his own humor to grow. “Who knows why anyone does anything?” he asks rhetorically, thinking about why his dad didn’t go into the arts. “He went to medical school because his father was a doctor, but if he had thought that being an artist was a viable option for him, maybe he would have done that.” Farber’s dad became an ophthalmologist.

“You know what’s never going out of style? People needing their f*cking eyes fixed.” Louis jokes that maybe his dad is living vicariously through him: “I don’t know, but that’s my guess.”

Farber’s mother encouraged him to take a year off before going to college, but instead he immediately enrolled at Hofstra University in Long Island. “Looking back on life, my folks always knew things that – I don’t know – like, shut up, Mom and Dad! But they were so right.” He left Hofstra after a year, moved home, and then headed to Israel for a short time. He eventually found himself at Dean College, a small school in Massachusetts that would change his life. “That’s where I found my first real mentor.” 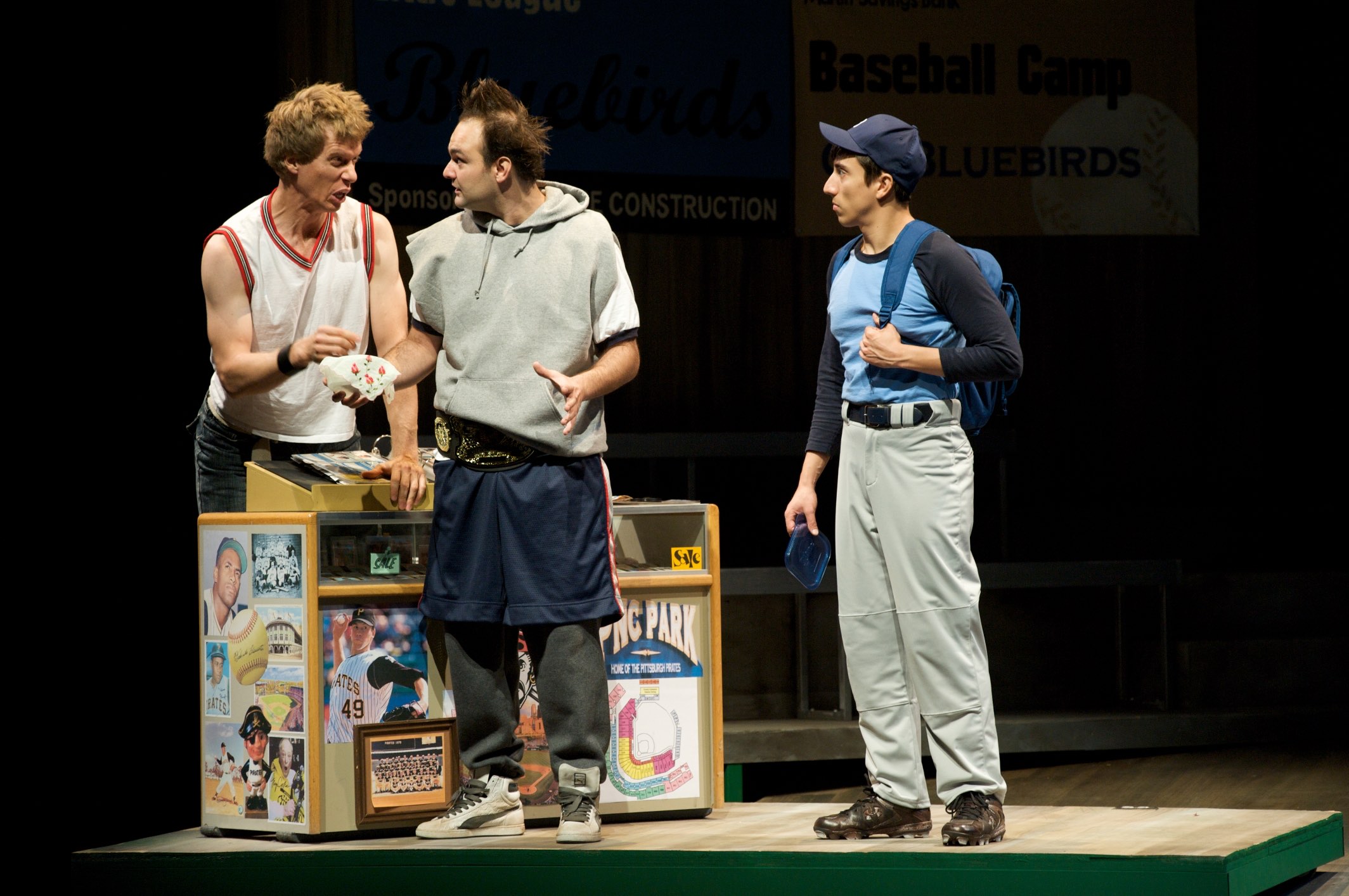 “Jim was the technical director of the theatre,” Farber remembers. He grows excited as he describes his teacher: “But he was also a working theatre practitioner. His whole family was involved in theatre. He lived in Cumberland, R.I., and wrote these swashbuckling, stage combat–heavy things – a lot of pirates and knights and that kind of stuff, lots of flips and throws. It had a Renaissance Faire quality to it.”

Jim Beauregard was a renaissance man of the theatre – directing, acting, set building, lighting design – everything. “This guy could do it all. He wasn’t just a triple threat, he was a total threat!” Farber’s tone is energetic with fondness and respect. “That’s where I learned how to use a drill, build a platform, hang a light. I remember Jim and that class really being seminal for me.”

In Boston, Farber began to perform at the Medieval Manor Theatre. Known as an off-kilter draw for birthdays and various celebrations, this comedic dinner theatre introduced Farber to a second mentor: playwright and performer Craig William Handle.

“I learned the acting, stage combat, and tech stuff from Jim, and I learned playwriting from Craig.” Farber even worked on a play that Craig wrote and Jim directed while at Dean. “I remember being like, ‘These are the two components. With all this action Jim does, first someone has to write the play.’” 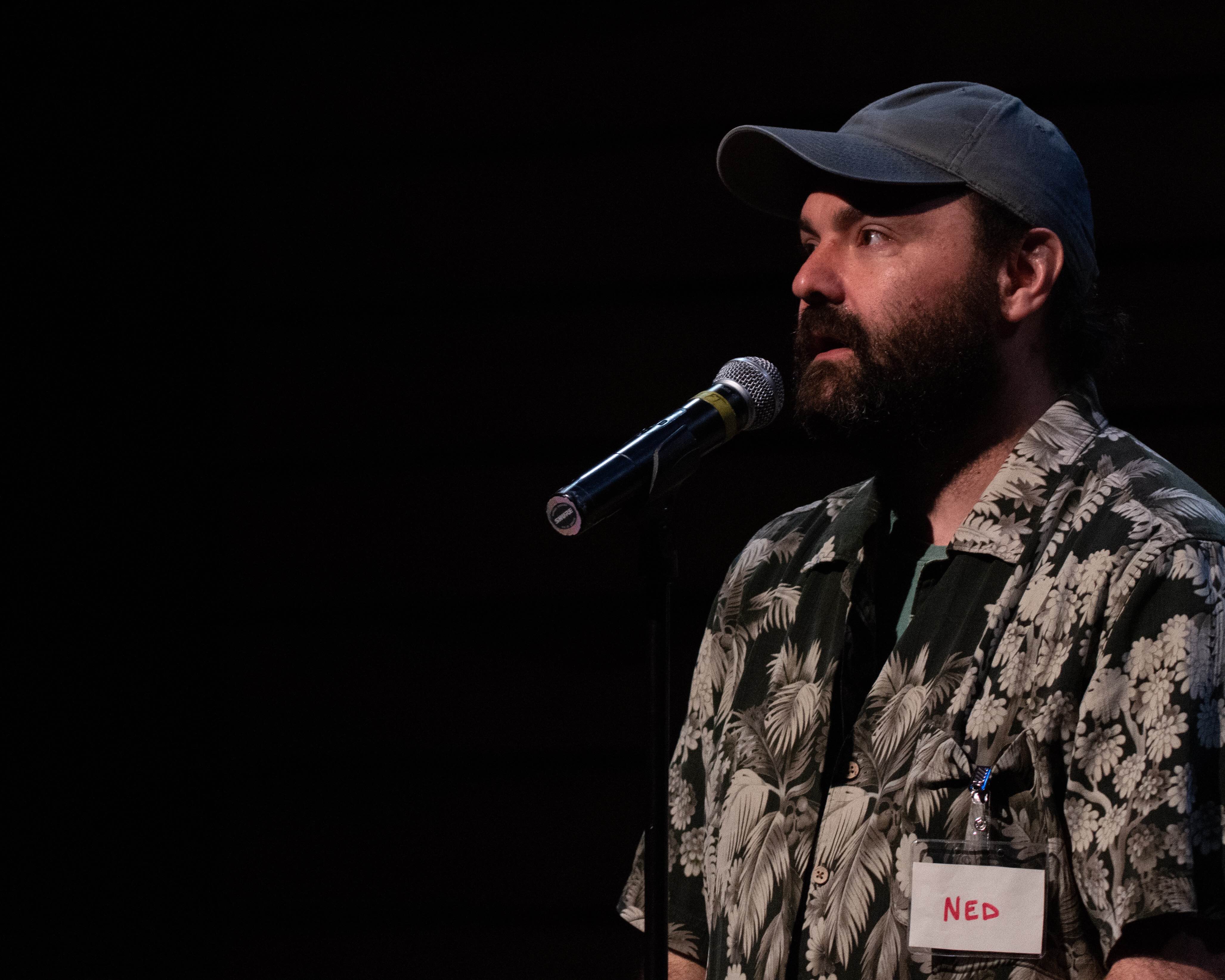 After Farber received his associate’s degree and had been working at Medieval Manor for nine months, his parents wanted to have an important talk. “We had dinner and they asked me if this was what I really wanted to do – because I used to talk about going to New York, Chicago, L.A., and becoming a working actor.” With his parents’ approval and encouragement, Farber loaded up a truck and moved out West.

“When I first got to L.A., I called Jim on Father’s Day – it was hard, I was lonely. He had helped me so much during past my two years at Dean.” Farber would go on to face the grind of Los Angeles, doing auditions where there were 30 different versions of himself. “You get that feeling that you are expendable.”

After seven years of living paycheck to paycheck, despite making many lifelong friends along the way, he started having serious thoughts about his next chapter. “I was an actor but still working a bunch of other jobs – catering companies, restaurants – you name it, I probably did it.”

Farber left L.A. to join his family in Yuma, where they had recently moved, and began taking classes at Arizona Western College. A year later, he enrolled in Arizona State University’s theatre program and moved to the Valley: “I found my people when I got here.” 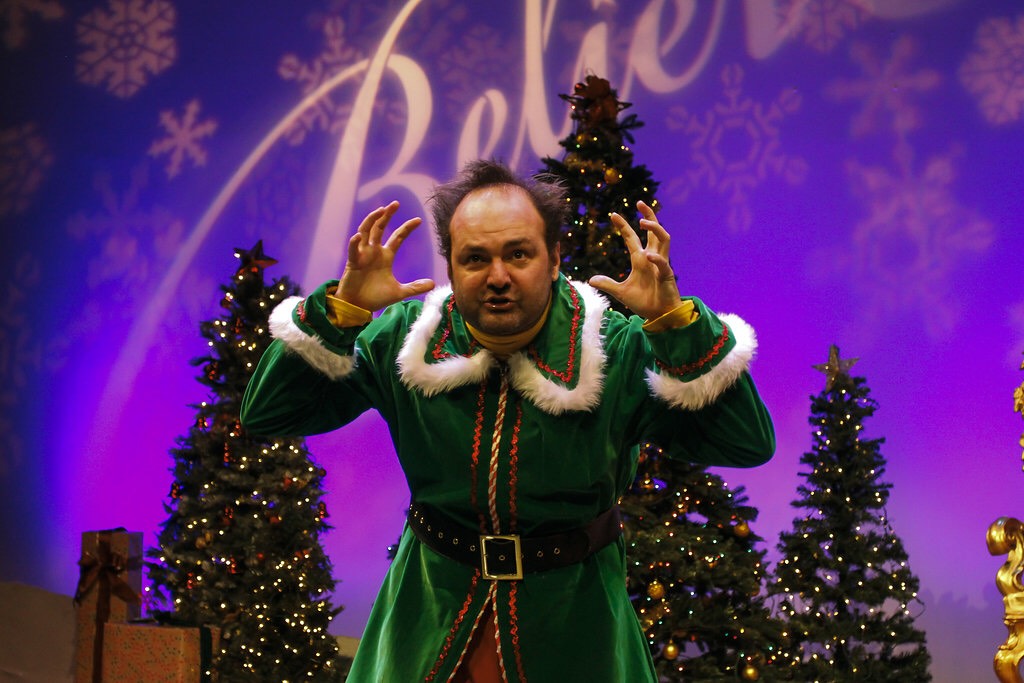 Farber went on to earn his bachelor’s, perform with Childsplay, and meet several key theatre makers in the community. With this newfound tribe of artists, Farber found performing and directing opportunities with Stray Cat Theatre, which ultimately became his artistic home as its associate artistic director (or associate head kitty, as he is affectionately known).

When asked if he prefers acting or directing, Farber simply states, “I don’t favor one over the other.” He believes that there is something satisfying about being an actor – that there is a freedom in playing. “Not that directing isn’t fun,” he counters. “Directing requires more decision making. You have to have a vision, a concept, a way of communicating with lots of different people who do lots of different things. You have to talk to lighting and costume designers without sounding like a ding-dong.”

As our time comes to an end and the once lively place we were occupying grows thin and quiet, Louis struggles to articulate his feelings about receiving critical praise. One might assume that he desires praise – or at least recognition. “I’m not big on compliments. I don’t take them very well. I don’t think of myself as any more or less important than anybody else. I don’t think of myself as some f*cking hotshot, fancy pants guy that everyone wants to work with.” 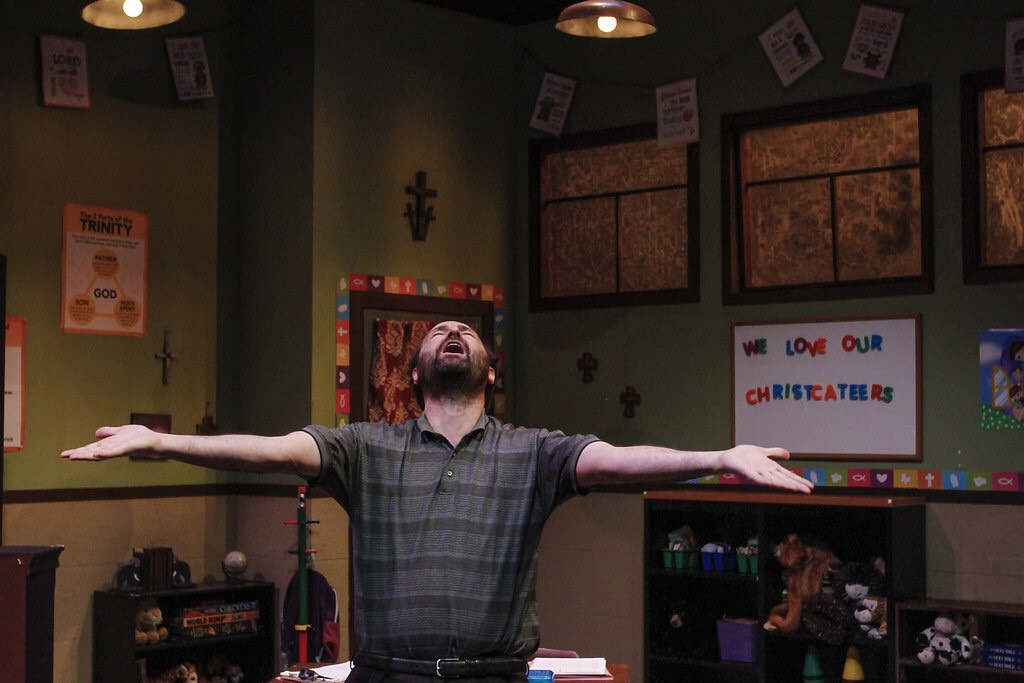 Before parting from our conversation, I ask Louis if there’s a quote that he lives by – words that motivate his art. He immediately grabs his phone: “I’ve got to get this right.” After a quick search, he carefully spoke the words of Kurt Vonnegut: “I urge you to please notice when you are happy, and exclaim or murmur or think at some point, if this isn’t nice, I don’t know what is.” When I ask Louis what that means to him, he leans forward and works toward his most concentrated definition: “Look for the joy.” 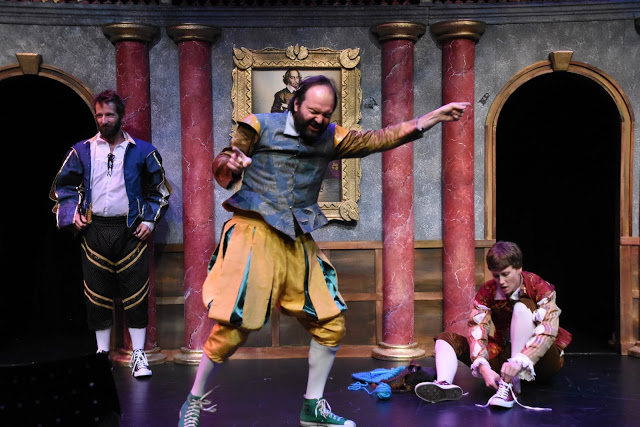