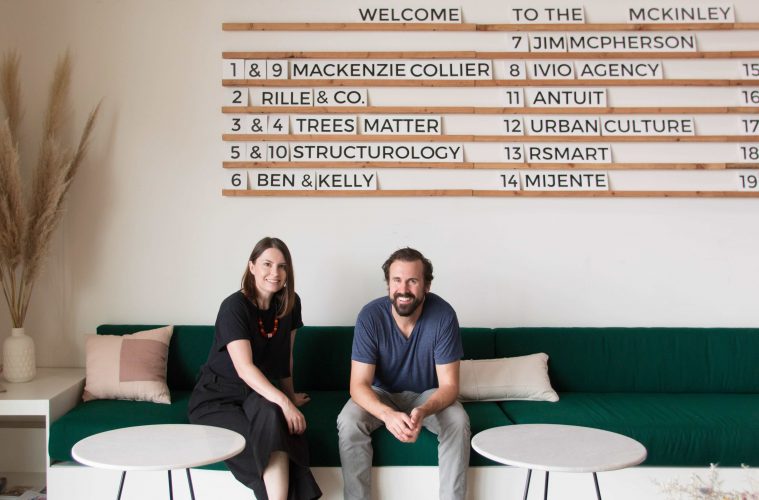 The McKinley Club: A Family Affair 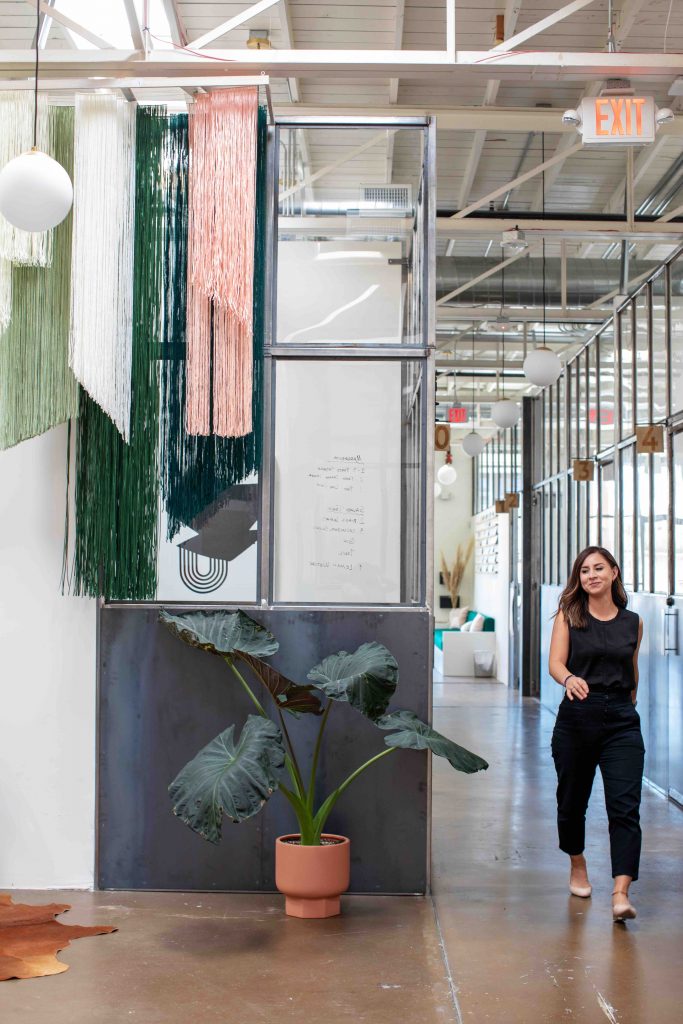 Main Street USA of yesteryear, replete with mom-and-pop shops, soda counters, streets named after mayors, and a community softball field may be gone from the landscape of our big cities forever. But modern metro areas, even in the biggest of big cities such as New York City and Chicago, still manage to maintain some character – some sense of community and neighborhood. This feeling of connection comes largely from who the neighbors are.

Enter Celine and Kevin Rille, two not-quite-native Phoenicians who have earned the respected title due to their combined years of living, working, and just plain being part of the downtown PHX community. The couple has just opened the new and improved McKinley Club in the Grand Ave. arts district.

Kevin is originally from Santa Monica but has been in Arizona since 1999, working in commercial real estate for a long time. He founded KLMN Property Management in June 2008. He and Celine have been committed to other preservation projects – most recently the Roland’s Market building, which now hosts a second location of Pane Bianco.

Celine worked to support the opening of Desoto Market. Previously she did marketing, working with many downtown clients through Red Development, while helping launch CityScape. She was involved in the start of the Saguaro Hotel; prior to that, she worked as an influencer of sorts, writing and styling as the photo editor of the Arizona Republic. Celine is originally from the U.K.

The couple met through Kevin’s hairdresser, Celine says. They married and founded Rille & Co. In addition to the McKinley Club, Roland’s Market, and their other ventures, they are parents to four-year-old Otis and two-year-old Cleo. 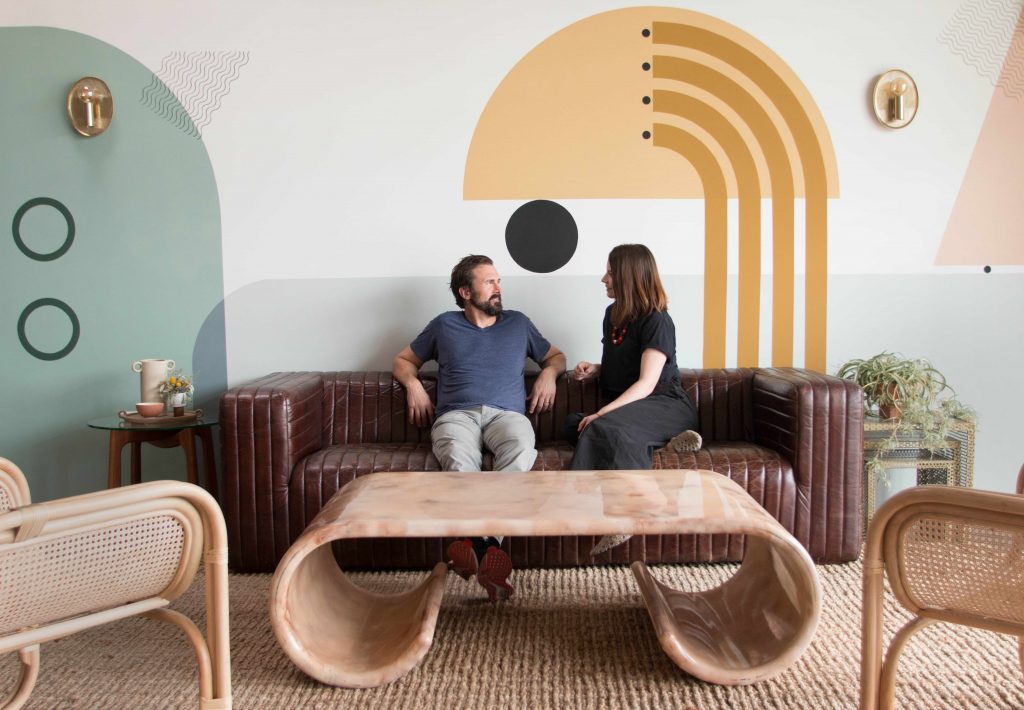 The original McKinley Club basically grew out of the couple’s need for an office space near the downtown area. “We had grown very organically there,” Celine says. “Our initial intention wasn’t to start a coworking space. We just wanted a space downtown to office, and we found this building that was too big for us.”

In order to maintain the space, Celine and Kevin sought out other creative types and small business owners who would be interested in going in on the rent for a downtown office space. They were successful, and the McKinley Club was born.

“It grew out of that, very naturally. Which is really cool because it means the community is invested in it and a part of it. At the same time, we hadn’t been able to plan the space as a coworking space,” Celine says. “Like, the wifi didn’t work as well as we wanted it, and the air conditioning didn’t work that well in some of the offices.”

The writing was on the wall. “[The owners] are probably going to sell it to somebody who is going to tear it down. Which will break our hearts,” Kevin says. “So we wanted to get out of there. We had kind of outgrown it, too.” It was time for a change, and an opportunity to evolve.

The Rilles began their search for a new building about a year and a half ago. There was another building they were interested in nearby, they say, but that deal fell through. Moving to a new space allowed the Rilles the opportunity to build and plan from the floor up. “We knew if we started a space almost from the ground up, we’d be able to customize. Basically, take everything we’ve learned over the last three years and make something awesome.”

The new McKinley Club, at 734 W. Polk Street in Phoenix, is only about eight blocks away from the original, but the size and shape of the building almost couldn’t be more different. 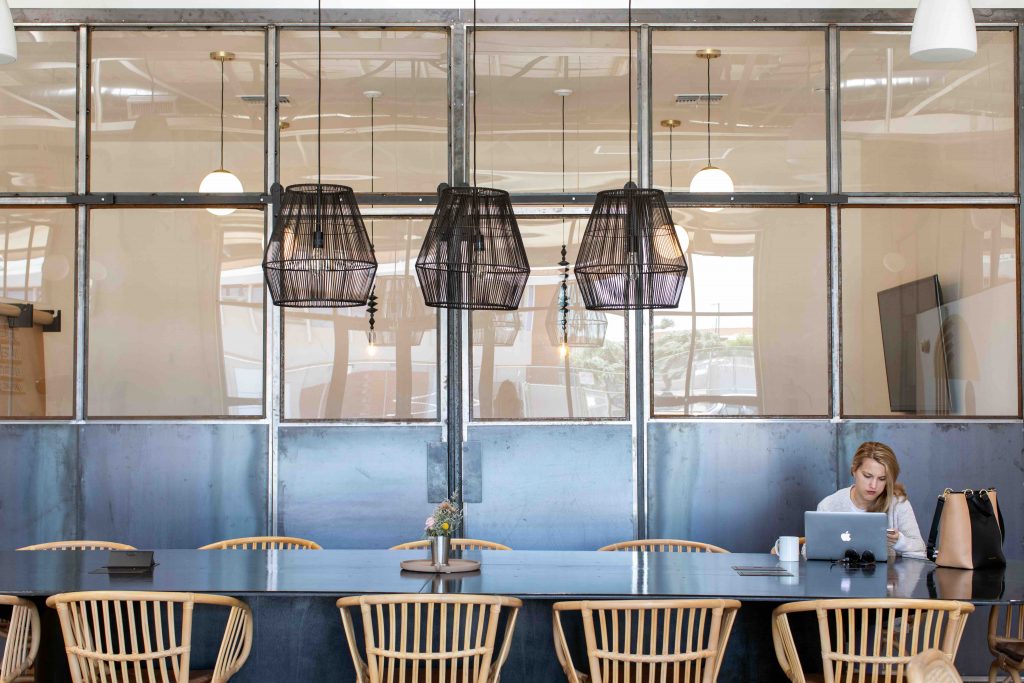 Celine and Kevin say they felt a connection with the owners of the new building: the Lines brothers, who had been approached by several developers with offers on the building. But these developers probably had plans to tear it down, Kevin says. The Lines brothers want to preserve the building and see it used for something purposeful. “Real estate can be really interestingly creative,” Kevin says. The building is 32,000 square feet total, and the Rilles are currently using 7,500 square feet.

Helen Minerva “Minnie” McKinley was President McKinley’s sister, and a little bit of a rebel, Celine explains. She was a “voracious reader” with a sense of adventure. She ventured out to Phoenix in 1866 with a generous stash of good whiskey and quickly made friends around town. The Rilles have taken her brave and social spirit and embraced her as a saint of sorts. “We ended up building a brand around the character Minnie McKinley,” Celine says.

“Ultimately, we really learned this as we did it. We catered to the people who are here and their feedback,” Celine says. The location was right, the owners had charm, and the new building was much larger than the original McKinley Club. However, Kevin and Celine did face some challenges on this particular building.

For one thing, the space is walled in on three sides by other buildings. Also, the giant warehouse was almost pitch-black inside without overhead lighting. Celine says she works better and feels more comfortable bathed in natural light. So they had to figure out how many skylights they could put in. “A shit-ton,” Kevin says. “Yeah, that was the official order. ‘How do we put in a shit-ton of skylights?’” laughs Celine.

They found a local company on McDowell Road, Freelite, just down the street and worked with them to install many skylights throughout the space. They also hired local artist and fabricator Ruben Gonzales (11th Monk3y Industries) to create custom steel-and-glass storefronts for each office. Another company in the area, Acme Printing, did the lettering on the doors. All told, the Rilles turned the space into nineteen offices, with another seven dedicated desks for rent. Limited memberships are available for those who just want to work in public spaces, use the super-fast wifi, and have access to the other member benefits. 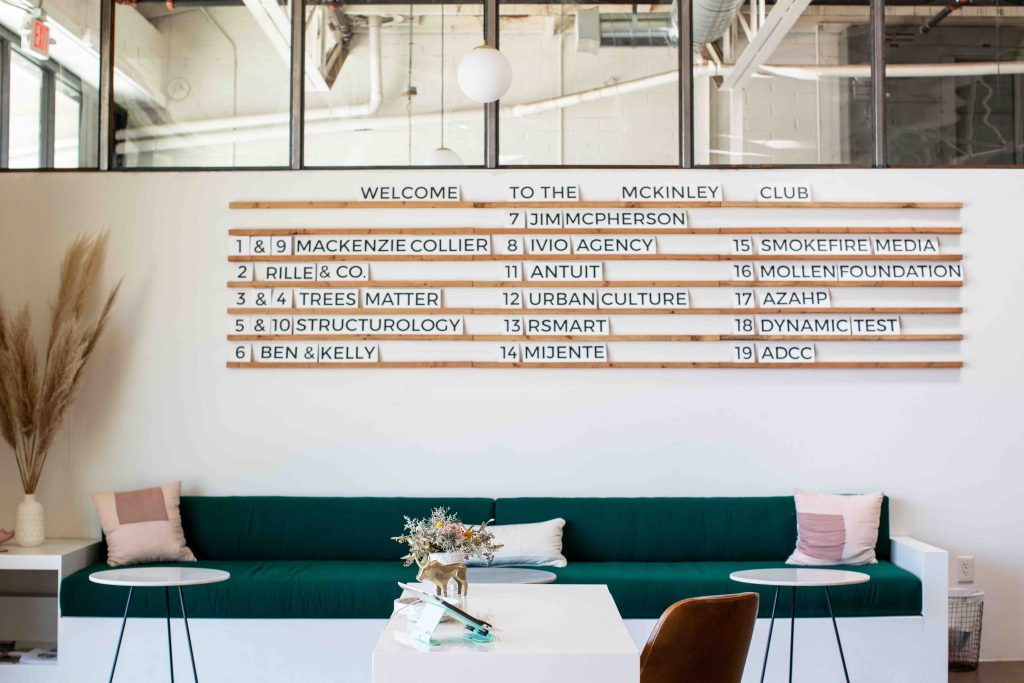 For the aesthetic touches, Kevin relied on Celine’s good taste to furnish the public areas and guide choices of fixtures and details. Celine’s sister, Danielle Hacche, a well-known local artist, did a large geometric mural on the wall of the front open space.

Another thing the new, giant warehouse seemed to be lacking was an outdoor space. At the original location, the office looked out on a vine-covered courtyard, something like you might find in a small hacienda in Mexico City. They wanted to reserve a public space outside the offices that could remind guests of the previous location’s cozy courtyard.

“We worked with a textile artist [Taylor Crockett] to make those hangings that are supposed to recreate the vines,” Celine says. Mackenzie Collier Interiors helped design the main spaces and several of the rented offices.

There is another reason for the glass-and-steel storefronts: They didn’t want full walls that made everyone feel closed off. Celine liked the idea that renters could see colleagues coming or going, yet when in the office they would have privacy to work.

“We never wanted it to feel too much like a traditional office. We wanted to blur those boundaries between home, coffeeshop, and office,” Celine explains. “[We wanted] a place that’s very comfortable where you do feel part of a community.”

Kevin says that they do not want to tie renters into lengthy leases. Every agreement is on a thirty-day-notice basis. “We want people to feel happy here; we don’t want to make them feel trapped,” Celine says. “We also want people to be successful here. So if their business needs to grow into a bigger office they can, or whatever they need to do.”

“Most of the people who are with us have been with us for a long time,” Celine says. This includes the group of office renters from the original McKinley Club that moved with them. Kevin’s office is the last to get decorated, partly because he has spent the initial few months since move-in trading spaces with some of the renters – trying to help everyone settle in and be comfortable.

“Phoenix is our kids’ hometown,” Kevin explains. “That’s changed us, in a way. Now we really want to do things that will make the kids proud of us. Which is a weird metric because they are so little now.” 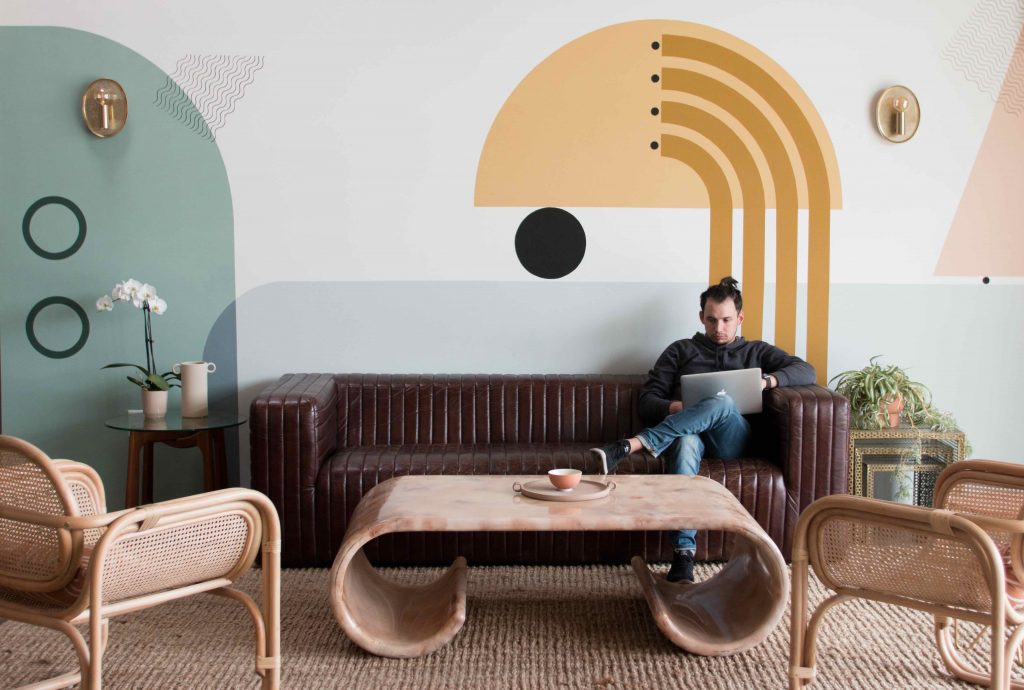 Kevin wants their children to feel proud of the work they have done to take old buildings and fix them up – leaving a legacy for the next generation. “It’s not just the business stuff, but the personal, too,” he says. And he says the partnership with Celine has a great balance – he has the background in real estate, and she has the eye for design. “We’re a pretty good yin and yang,” Celine says.

In addition to the nineteen offices and the dedicated desks, McKinley Club offers a members’ kitchen, community snack drawers provided by the Rilles, and wine and beer taps. The McKinley Club hosts a weekly happy hour Thursday afternoons and yoga every Wednesday in the new “courtyard.” They also invite members to Massage Mondays – for $10 they can get a ten-minute chair massage.

McKinley Club has an app now that members can use to stay abreast of their group events, contribute to the group Spotify playlist, and reserve the conference room. The Rilles are now looking forward to the idea of expansion. In the new building, there are still thousands of square feet of raw warehouse. Kevin says they are working with the building’s owners to come up with ideas to spread out.