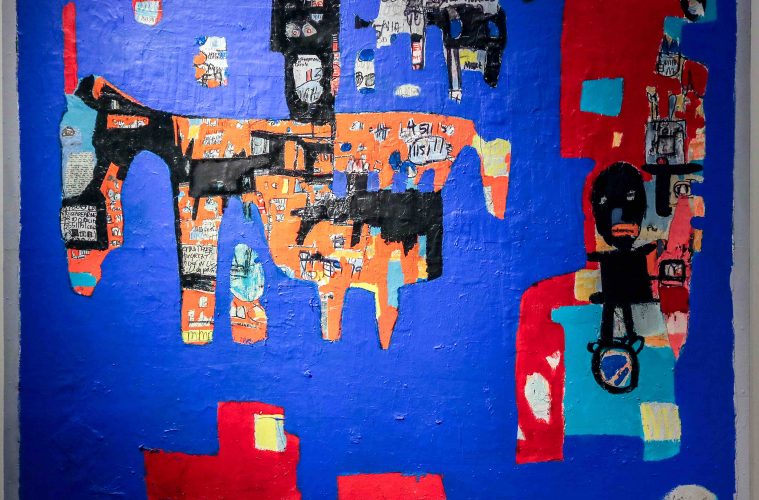 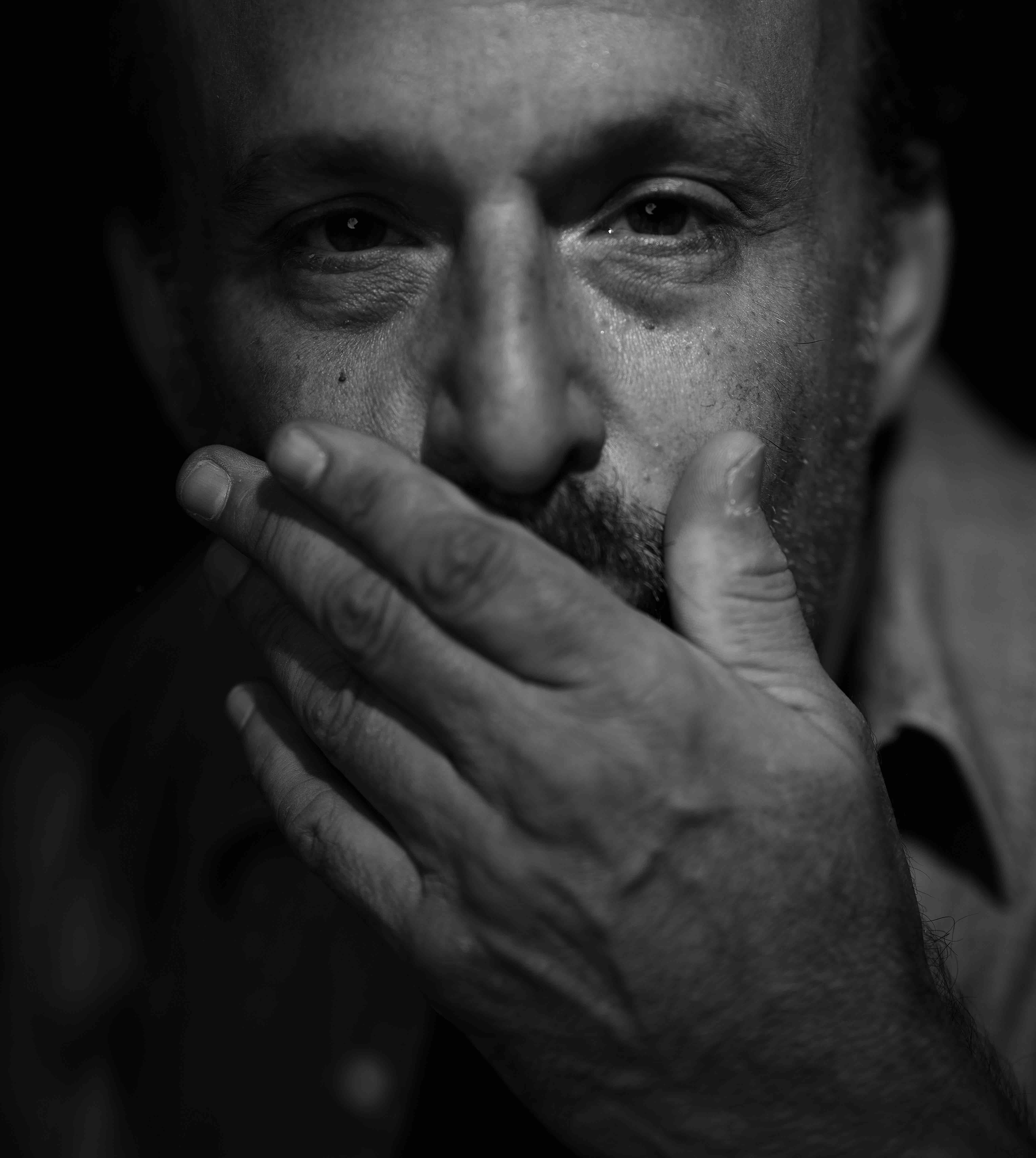 On September 21, downtown Phoenix gallery monOrchid opened its doors to Michael Viglietta’s exhibition Eroding Language: People, Places and Things. The show of mixed-media paintings provides an up-close look at Viglietta’s multilayered creations that have come to fruition via his frenetic internal nature and inherent, continuous need to lay down foundations and build on them until he gets the desired result.

The New York–born artist has been in Phoenix for a few years, after spending 25 years in Los Angeles, where he worked as an assistant director in the entertainment industry. His list of credits is long. His skills are part of several movies and TV shows, from the vampire blockbuster Twilight to the superhero/sci-fi show “Agent Carter.”

Viglietta has been sketching his whole life. As a kid, he was always drawing, and that never stopped. He’s a collector of memories through the mass of drawings that has always paralleled his other activities and jobs. “I kept a sketchbook when I was working on a set,” Viglietta says, “and filled it with drawings and diagrams, and these souvenirs and artifacts, as I call them, found their way into the collage pieces that eventually became part of my paintings.” 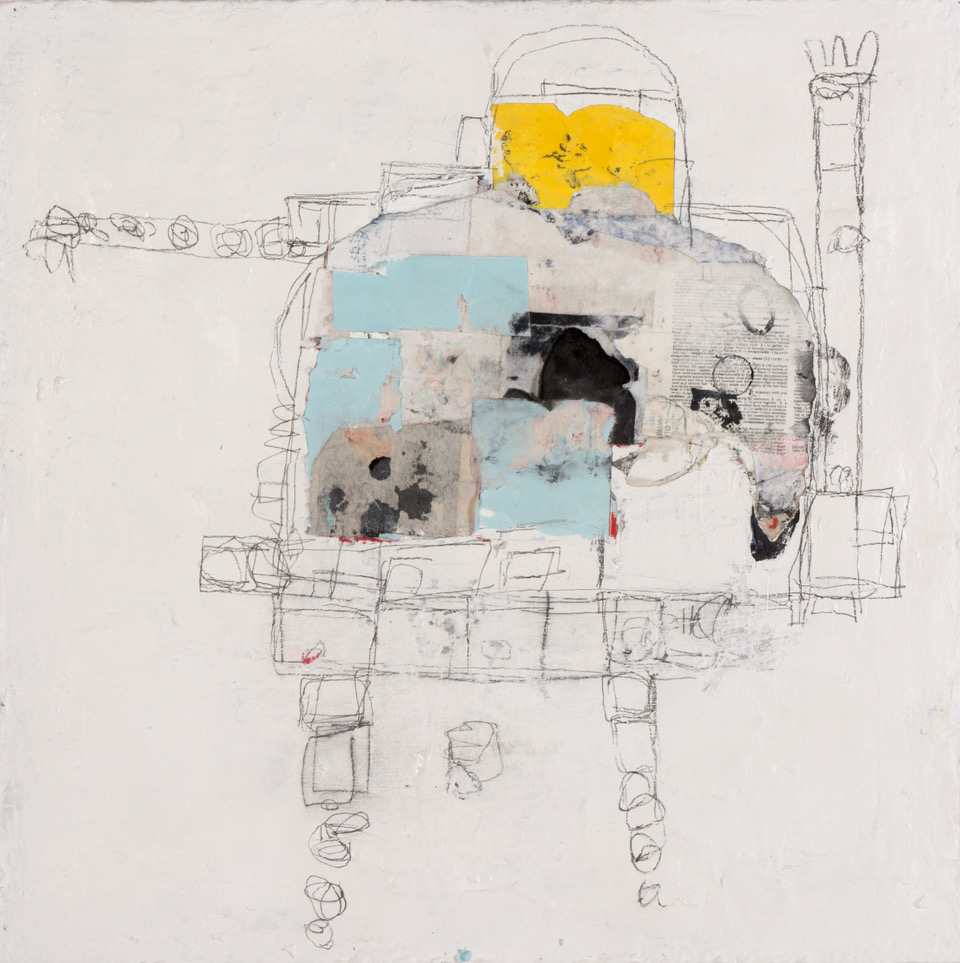 Paint, for Viglietta, came into the picture about 12 years ago. He would lay out drawings for a collage piece and then decided to bring paint into the mix to tie the drawings together – to add a cohesion to the situation. He found that it worked and also brought a chaotic sense that he liked, too.

When you view the work, chaos isn’t the first thing you think. Complex might be a better word. You see the paintings and think, “I don’t know what you have been through; you deeply involved pieces of art, but I know it was intense.” That’s where the real chaos comes in – during Viglietta’s process.

He revels in the frenzy and mayhem behind each piece of work. “I often like to cannibalize my paintings,” he tells us. “When I was working on Twilight, I left paintings out in the rain and then sanded them.” It’s not uncommon for him to use pressure, mallets and heat sources to blend things. “I like the primal feeling in my processes. My DNA is in the work.”

Viglietta loves abstraction in general and has a deep fondness for Pollock-era abstract expressionist art. That’s especially noticeable in his takes on human and animal forms, which sometimes come with a sense of whimsy. At completion, his art enables a benevolence and a sense of control that neither exemplify nor defy his methods of working. 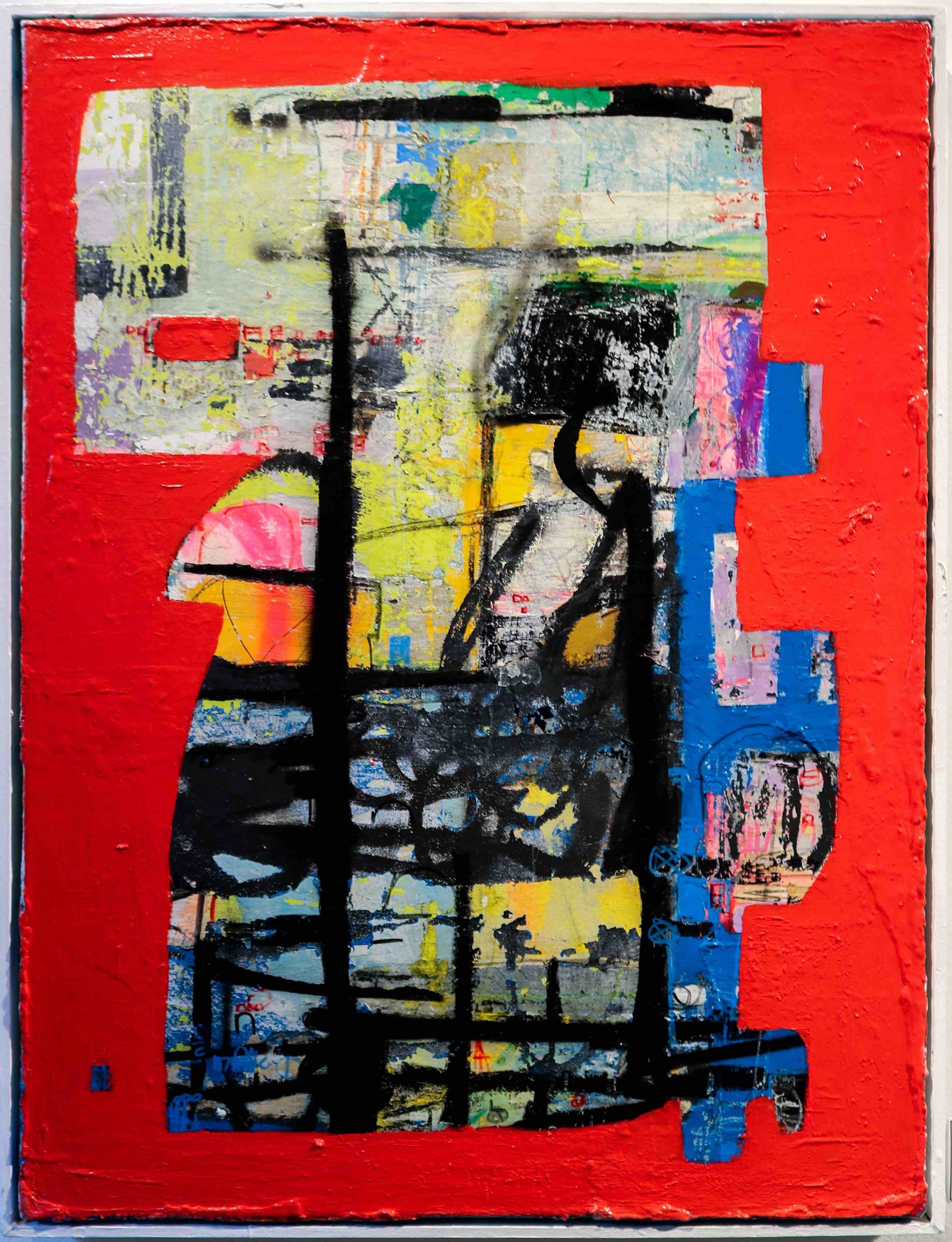 “The Understudy” mixed media on canvas

The stories he tells in each piece evolve over different periods of time, and they are all subject to his cyclical create-destroy-create style of layering. “I get obsessed with certain things, sometimes things going on in the world, and those things come out in the work.”

Viglietta often works on several paintings simultaneously and loves to come back to one after a period, strip it down and discover what he has included in its layers. “Each piece is like an archaeological dig site, full of buried artifacts that I’ll get to rediscover. I love deconstructing and unveiling the work. I look at what I find and then think about how I can then turn that into something.” At the same time, he is infusing every piece of work with a unique language. “I am building a grammar,” he says, “that threads through the paintings.”

His relationship with monOrchid Gallery – who is now representing his work – came after an initial visit to the gallery and a chat with owner and director Wayne Rainey; a subsequent studio visit was also instrumental. Viglietta has previously shown at galleries in Los Angeles and here in Phoenix at Chartreuse Gallery. 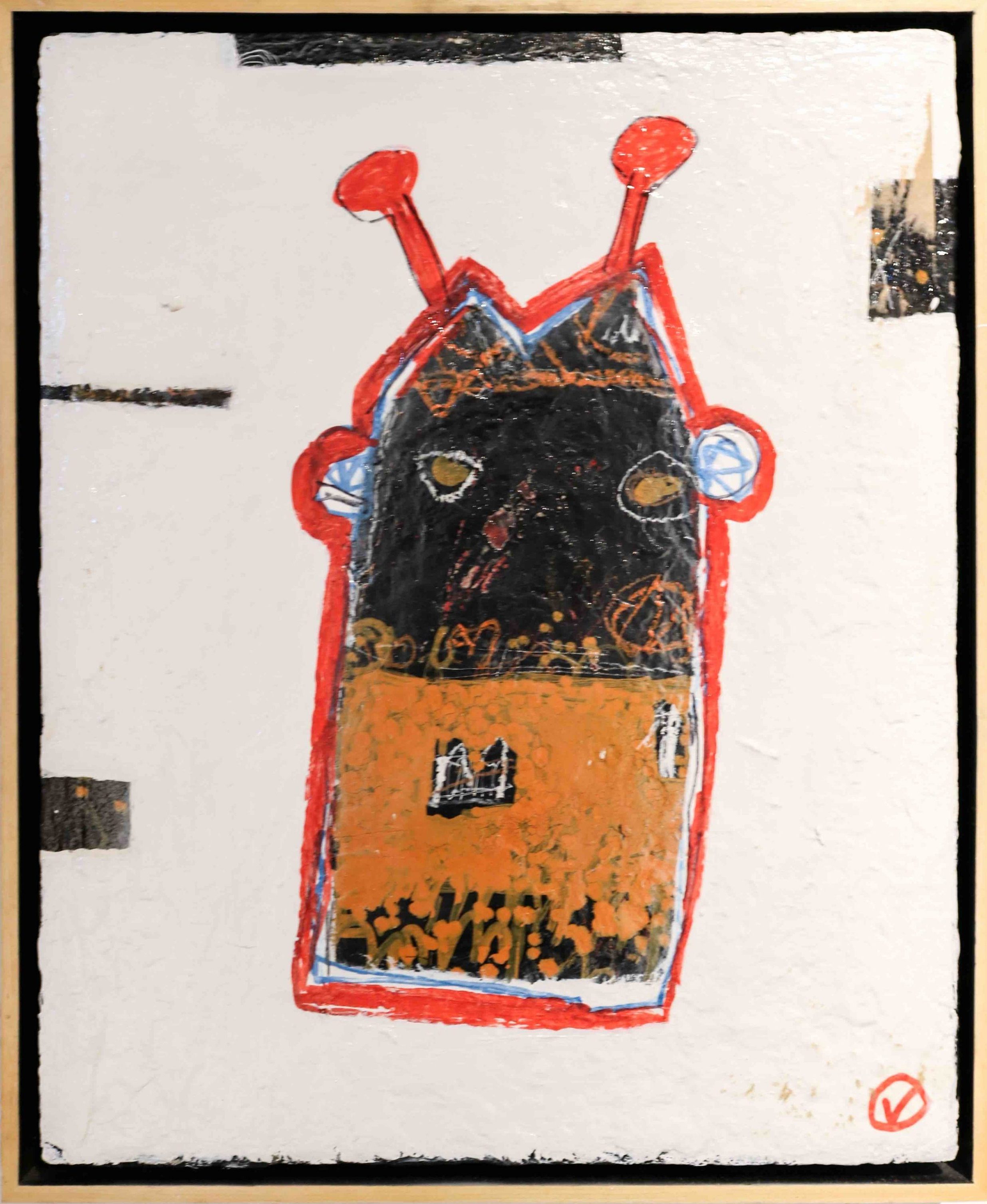 “Once Upon a Time…” mixed media on canvas

Rainey and his curatorial team feel a strong connection with the work and attribute that affinity to this very specific point in Viglietta’s creative evolution. “We are excited to show Michael’s work because we feel like we were introduced to him at that magical point in time when an artist finds their center. When the inner struggle that they’ve fought to define becomes apparent in each and every painting,” Rainey says.

“When you walk into the gallery and see the almost overwhelming complexity and depth of this assemblage, it invokes a shockingly emotional reaction. It’s interesting to see each viewer gravitate to the piece that speaks the loudest to them. Each one is different. It seems that he’s made a show for ‘everywoman’ and ‘everyman,’ and that’s quite a feat today,” says Rainey. 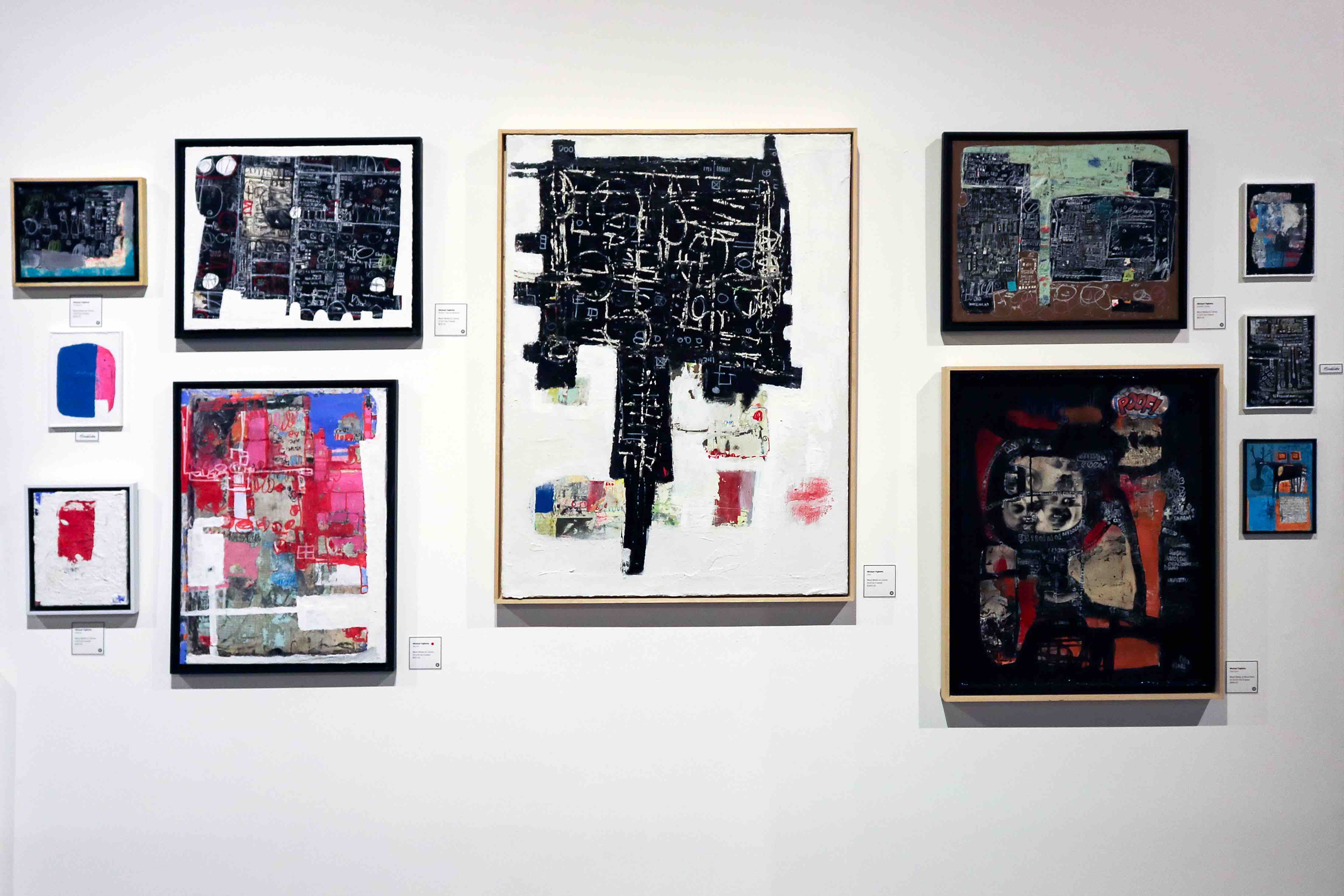