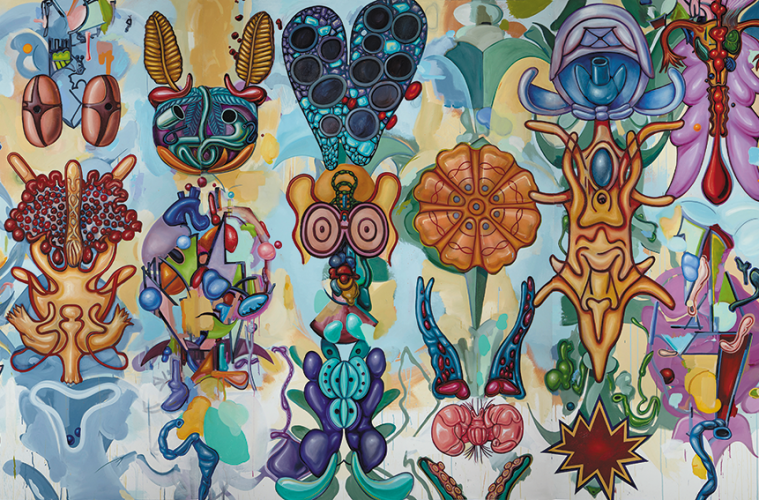 Bill Dambrova | Anatomy of a Painter

Your Thoughts Are Not Your Own is an exhibit of 10 new paintings and a smaller selection of mixed-media work by Phoenix-based artist Bill Dambrova. It opens on November 20th at downtown Phoenix gallery Treeo.

Dambrova creates layered and complex artwork that explores human biology in stunning anatomical depictions. These powerful pieces bring what lives beneath the skin to the forefront, providing viewers both a unique perspective and window to our multifaceted internal beings. the work is individually and collectively so vibrant that it’s nearly impossible to look away. The palette alone is gripping. Each piece is alive and dripping with luscious color so bright and engaging that you can’t hide from it. You’re compelled to take a visual tour of the work to absorb these vivid colors and the motion before allowing your eyes to settle on the images as whole entities. 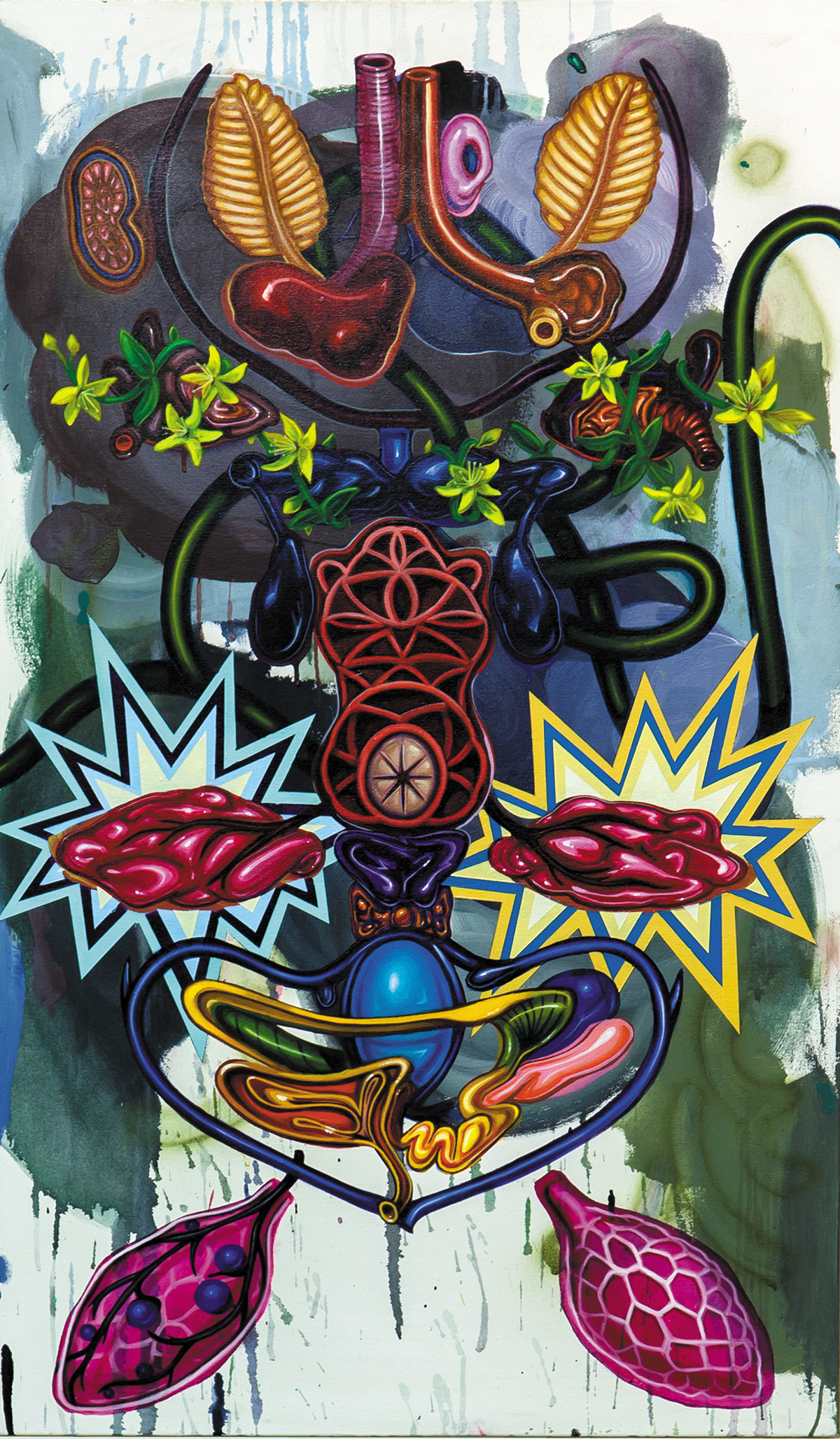 St. John with a Tail

Though Dambrova’s work is a showcase of the life systems of the human body, it also is a nod to the depth of the human mind, as the title suggests. It’s also reflective of the artist himself, whose exploration and inquisitiveness about life and spirituality have led him on physical travels, as well as extensive research on different cultures and their indigenous spiritual practices. He isn’t looking for one final answer to the mystery of life but understands the importance of living in that mystery and continuing to seek out information that helps him learn and grow.

The Body Remembers What We Forget

“Painting is a way for me to wrap my head around my thoughts and ideas. I like to paint the unseen worlds that happen in our bodies and to create and express visual versions of those worlds.”

Dambrova often works on multiple pieces simultaneously, allowing himself time to come back and revisit them, which sometimes changes the focus or perspective and gives him the opportunity to add more imagery and depth. In the final outcome, often the original images can’t be seen, but their intent and sentiment resonate in the result. 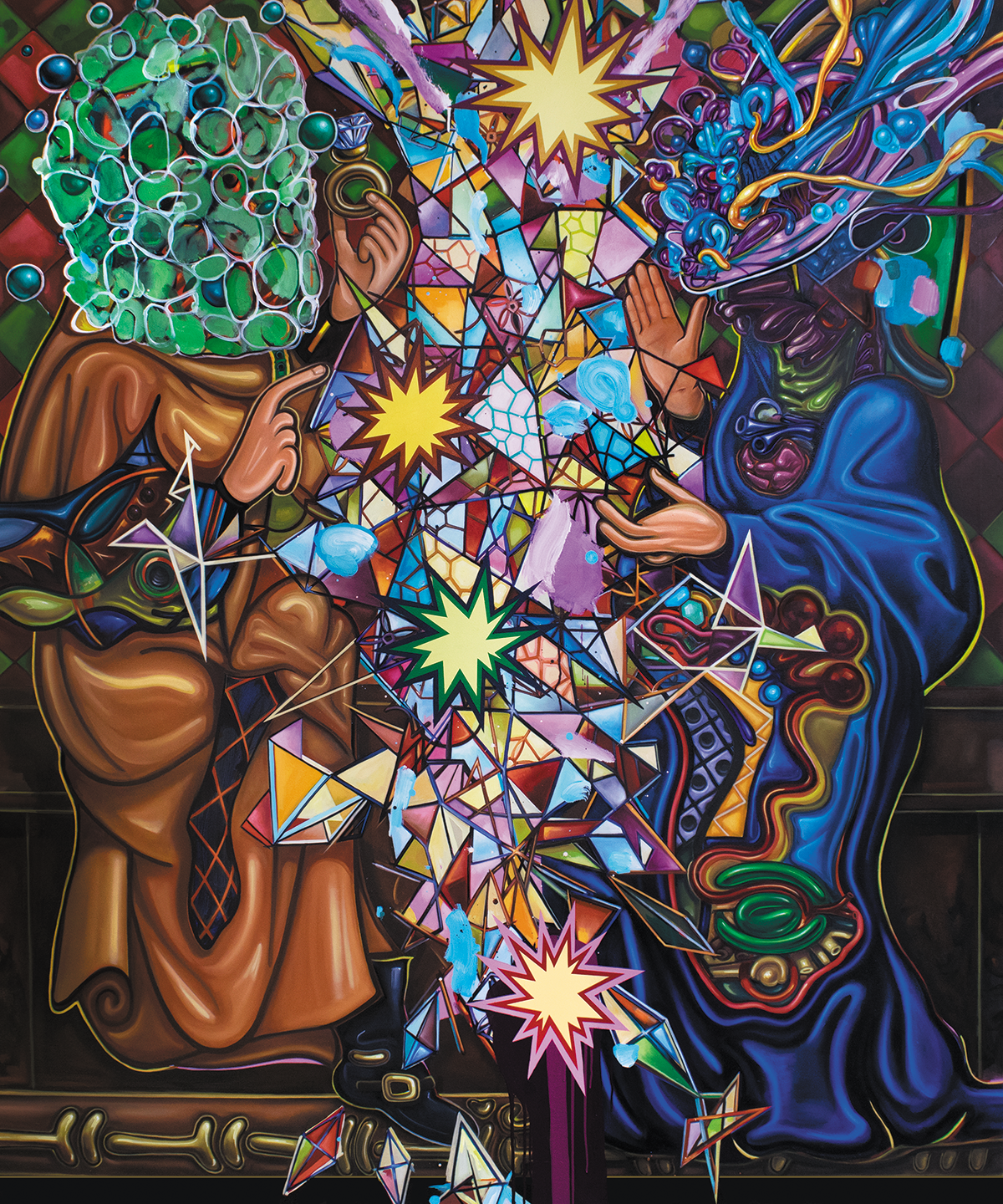 The work has resonated with many people on multiple levels, and Dambrova is thrilled to hear from those who have contacted him to say that the work has inspired them and helped them understand their physical conditions in new and different ways.

“These paintings have become communicative entities. I like that they can help people; healing ourselves, however that may be, is important. It also makes painting feel like less of a self-indulgent act.”

In addition to his 20 years of painting, Dambrova has also had a successful career as an exhibit designer at venues such as the Getty in Los Angeles and Phoenix’s own Heard Museum. He has recently garnered attention from many who appreciate the intensity of his work. He was one of the recipients of the Phoenix Art Museum’s Contemporary Forum grants in 2014 and has received much-deserved local and national press. The exhibit runs until mid-December. 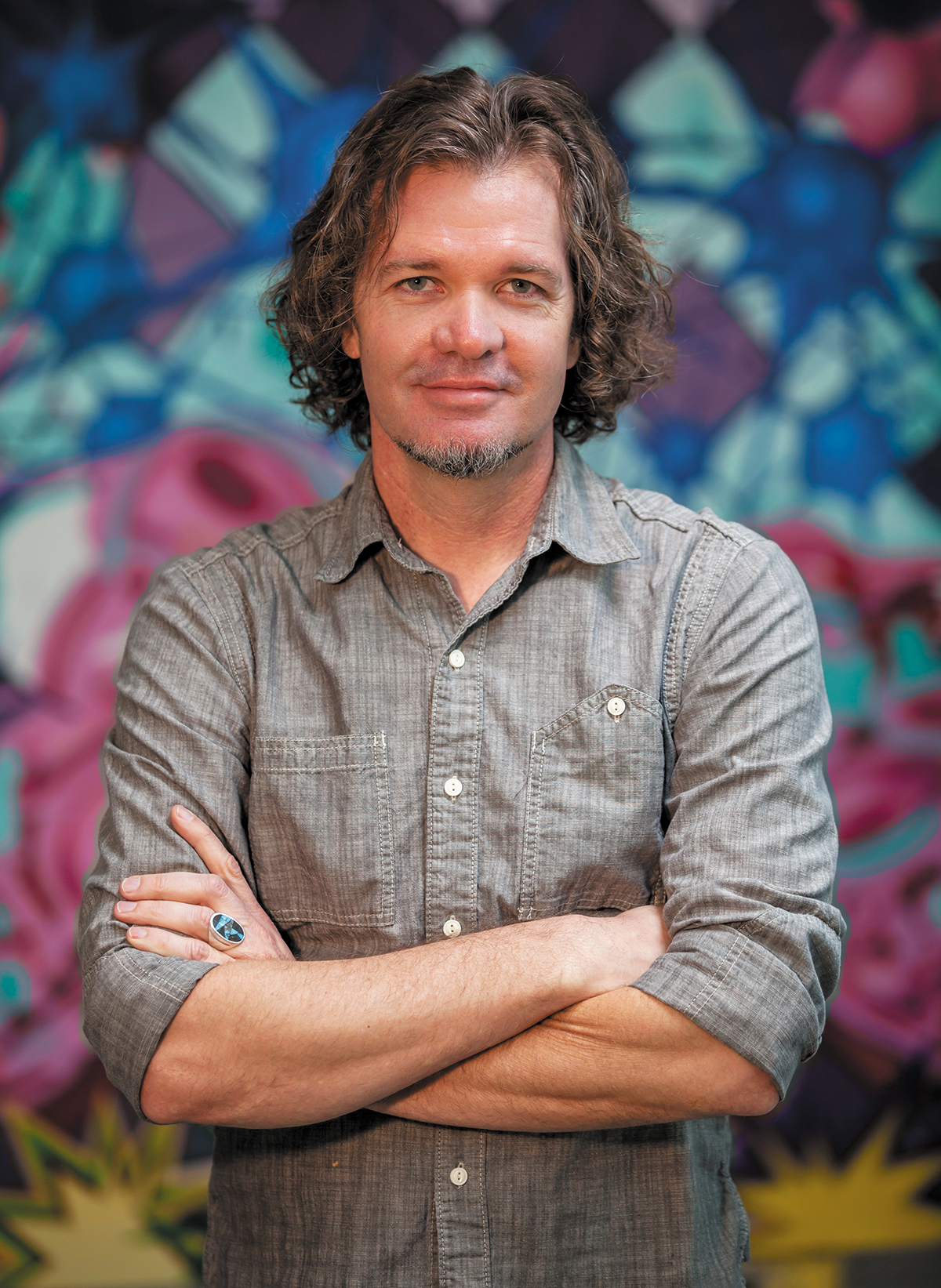