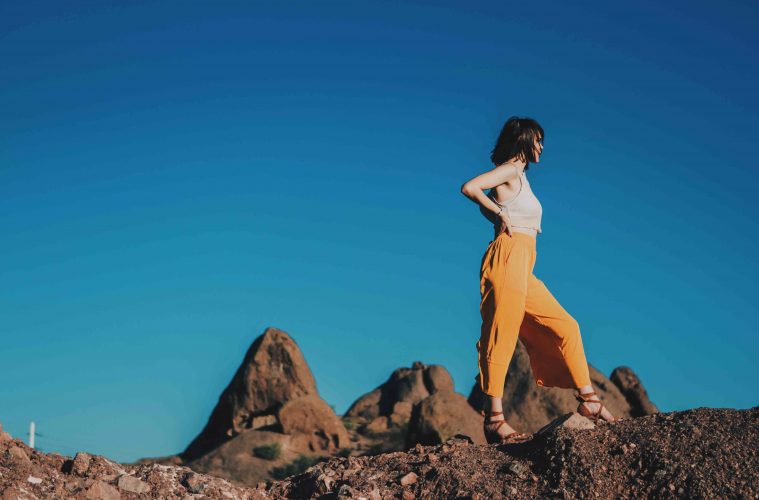 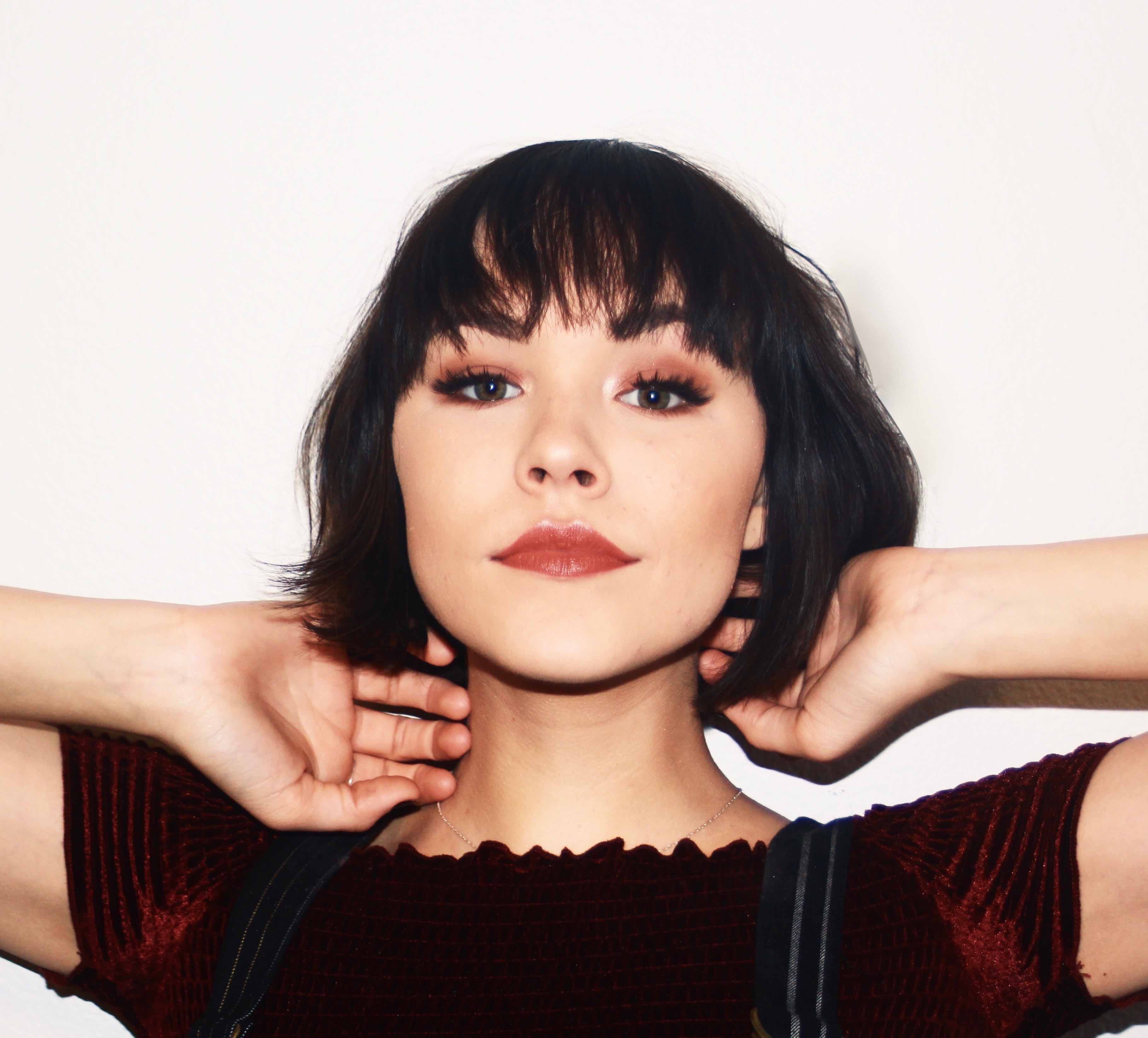 You used to hear tales of child stars “growing up in public,” but rarely do you get to see it firsthand. Taylor Upsahl has done exactly that over the last five years in the Phoenix music scene, and it has been one of the more fascinating evolutions to witness. Upsahl released her stunning debut album at age 14 in 2013, showing both her brilliance and a precocious wisdom that shone well beyond her years. At 16 she released her second album, Viscerotonic, which was every bit as strong as her debut, while clearly more mature and emotionally powerful. For the most part, both records were her vision as a young singer/songwriter finding her way, harnessing the natural gift of her voice and impressing with her talent on guitar.

Last year Taylor Upsahl rebranded her music as UPSAHL and headed in a much different direction with her third record, Unfamiliar Light. In four years, Taylor Upsahl went from child prodigy folk singer to teen alternative chanteuse, and JAVA has followed her every step of the way. After graduating from Arizona School for the Arts last June, Upsahl decided to focus solely on music, which has resulted in two amazing singles over the last six months. But young people grow up and move away, and now UPSAHL has just relocated to LA. 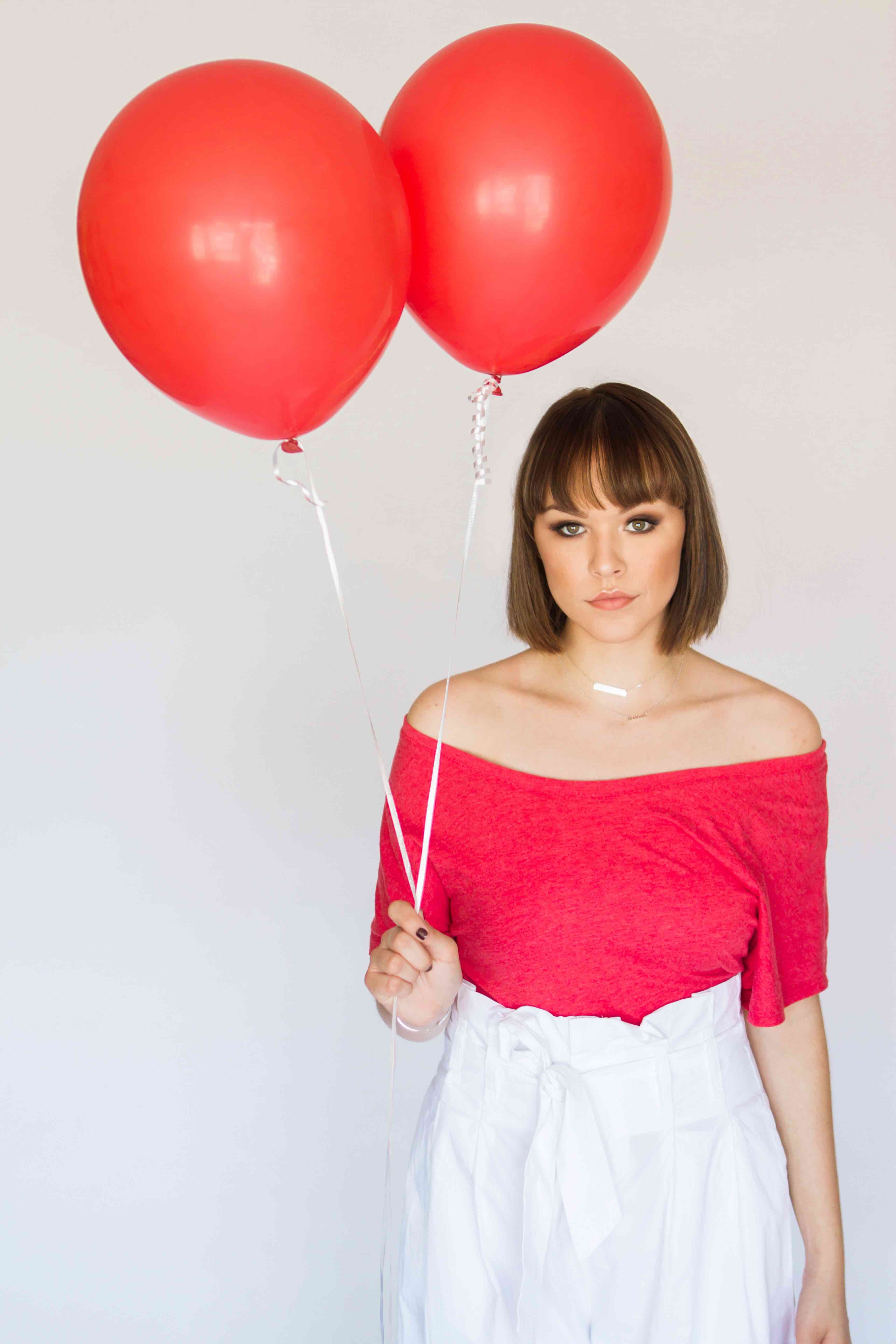 “I’ve been wanting to move to LA for a while now,” Upsahl said. “I feel like really trying to make it as a musician has a lot to do with the location that you are in, and LA happens to be a place where many musicians and collaborators live. So in order to continue to do what I love, I had to relocate. Now that I’m living out here, I’m able to do a lot of sessions and write as much as possible, which is what I’ve always loved doing. Even though I miss my family and Phoenix, I’m really happy living here.”

With ambition and talent on her side, Upsahl seems to have a clear vision of what she wants out of life, which is something she’s always seemed sure about whenever we’ve spoken to her.

“I moved out here completely by myself,” she said. “I came out here to write and create as much content as I can as a solo artist, but I’m still trying to find my footing in the LA scene as a musician. Ever since I was little, I’ve always dreamed of being a famous musician, so that is what I will be working towards until I get to that point.” 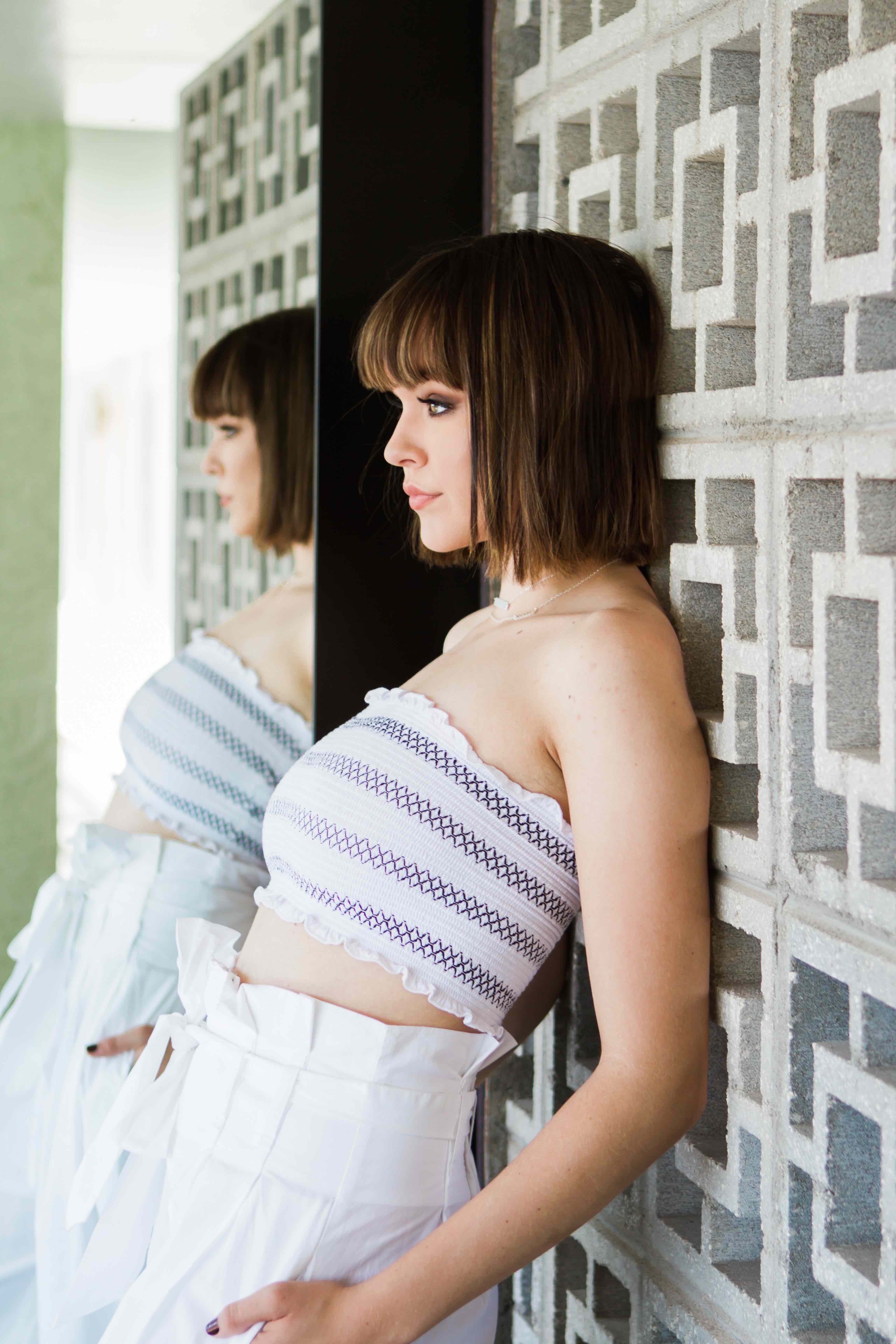 Part of finding her footing is setting up the right environment and creative space, which may sound silly – unless you’re an artist: then you understand that need completely. “I just finally found the perfect place for me to move into,” she said. “Currently, my short-term plans are to make my new house look like an interior design heaven! I know it sounds lame, but I thrive off of my environment and surroundings, so having a perfect living space that sets a certain vibe is very important to me. In order to write and create, I need to be surrounded by positivity and creativity, so I’m trying to put together that environment for myself.”

A year ago, she released Unfamiliar Light. Sometimes it’s an artist’s third record that becomes a real departure, and that record felt like a turning point for Upsahl at the time. Last August, she followed the album with “Can You Hear Me Now,” which was a continuation of that same exciting trajectory.

“Since changing my artist name to UPSAHL, I’ve had a much clearer idea of what I wanted to become as an artist,” Upsahl said. “‘Can You Hear Me Now’ helped to put my foot in the door as an indie/pop/alternative artist, which is very different from the music I was releasing under ‘Taylor Upsahl.’ That song is a message to someone on the other end of a failing relationship that you’re trying to save. I wanted it to be very empowering, taking a more positive outlook on your typical break-up song. At the end of the day, you should choose a relationship where you are being treated like the badass that you are, and if that’s not happening, you need to call out your partner.”

That song was her first collaboration with Max Frost, and mere days before leaving Phoenix she released the even more powerful “Kiss Me Now,” which was another collaboration with Frost and, this time, Jamie Pitrelli in New York. “As a female in the industry, I feel it is important that we set the tone for feminism in the music scene, on all levels, because that message carries over to our listeners and further impacts society,” Upsahl said. “So when writing ‘Kiss Me Now,’ I wanted to continue to empower women and turn a typically awkward first-date situation into a badass and funny first-date anthem that everyone can relate to in one way or another.” 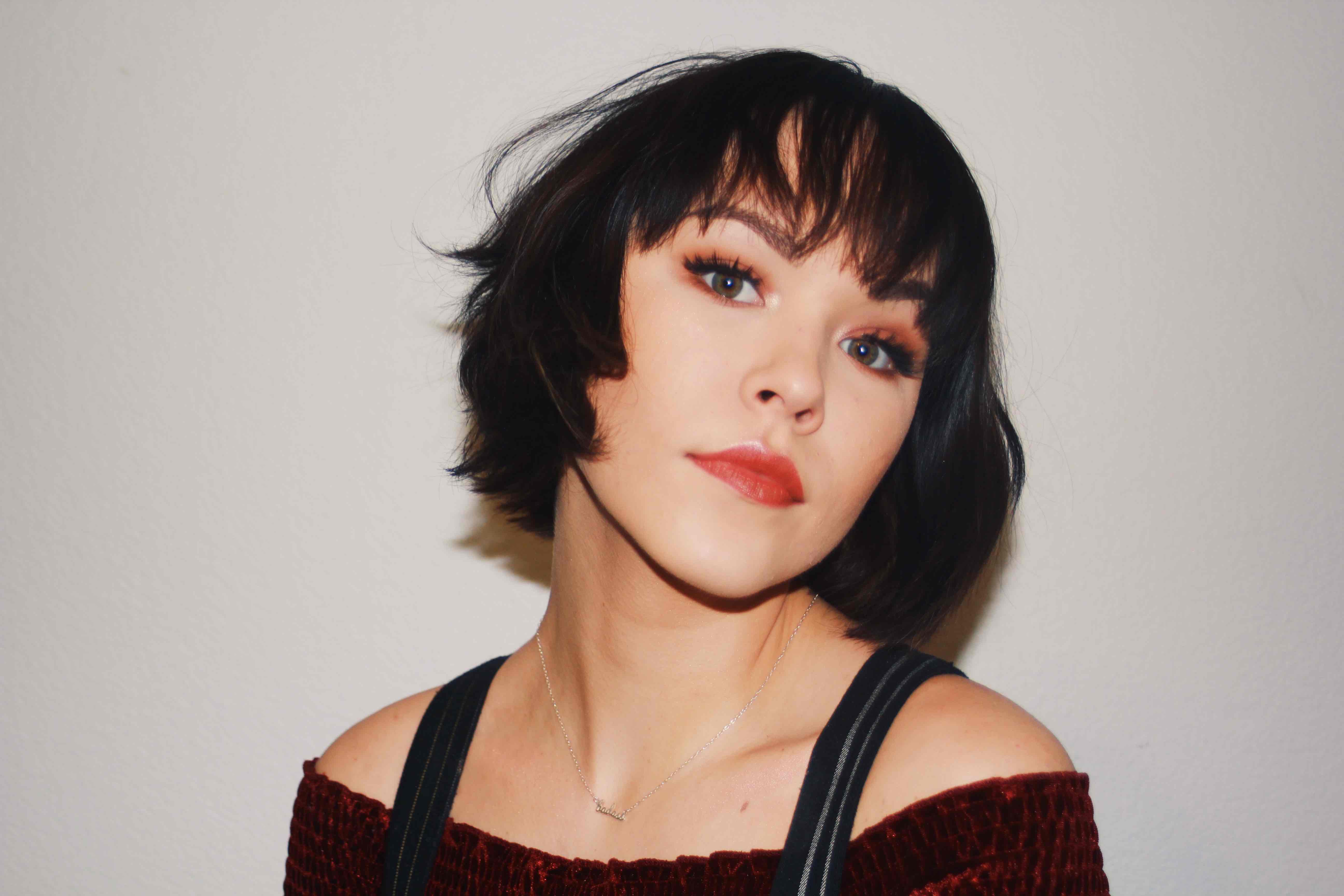 Upsahl’s drive and ambition are partly the inspiration for the song. “As an individual, when I know what I want, I don’t stop until I get it,” she remarked. “I guess I looked at this first kiss in a similar way.” While the song may reflect how she is filled with a sharp, focused vision, the creation of the guitar line reflects her talent as an artist.

“It’s funny, because the guitar line on this song was actually a very spur-of-the-moment idea,” she explained. “I was going on a writing trip to New York and was just about to leave the house for my flight when I came up with this chord progression. I immediately busted out my guitar, went into my bathroom and recorded a voice demo of the guitar line on my phone. I sent it over to Max, knowing that we had a session the next day, and got on my flight. We ended up keeping the exact voice demo recording throughout the entire song, which gives it a grungy, organic vibe that I love.”

With her new single in hand, Upsahl is thrilled about the move, about life and about what the future will bring. “Right now, I’m excited to be in a new environment,” she said. “When I turned 19, I got a tattoo that said ‘unfamiliar,’ representing my last album, Unfamiliar Light, AND to remind me to put myself in new situations and be an unfamiliar voice. Los Angeles is definitely untried territory for me. I’m doing so many new things and am so excited for what’s to come.”

Stay tuned to all things UPSAHL in the coming months, as you may want to follow this rising star, who is not only excited about her future but genuinely grateful for the talent and opportunity she’s found. “I have a lot of very exciting things in the works out here. Some of which I will be announcing very soon!” she said. “Most of all, I love that I’m able to write and collaborate in sessions as a fulltime musician. I’ve always written whenever I could, so to be out here and have sessions where I literally get to do what I love on a daily basis is insane to me, and I’m really thankful.” 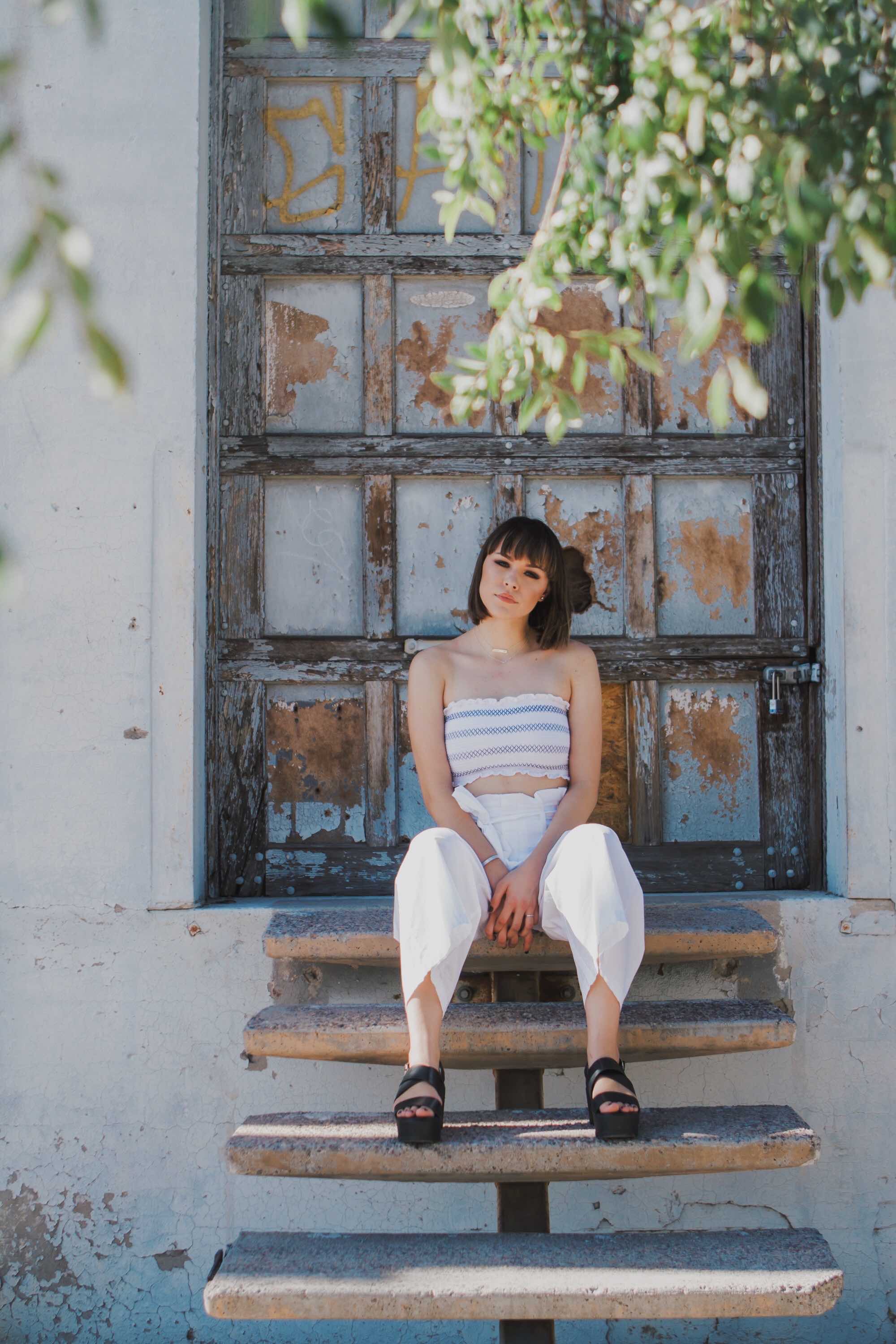 Back in 2013 in these pages I wrote, “Taylor Upsahl is the most talented up-and-coming talent in the Valley,” and I meant it. Now, I’ll simply say that UPSAHL is one of the most talented and exciting musicians I know, period. Be on the lookout for whatever’s next from her, because it’s going to be out of this world.