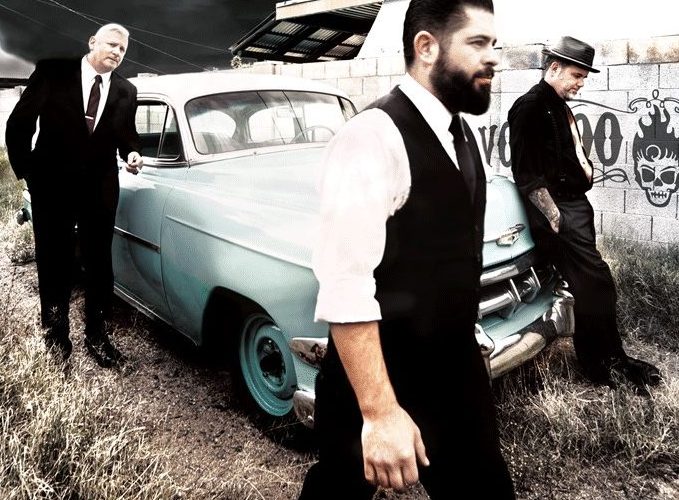 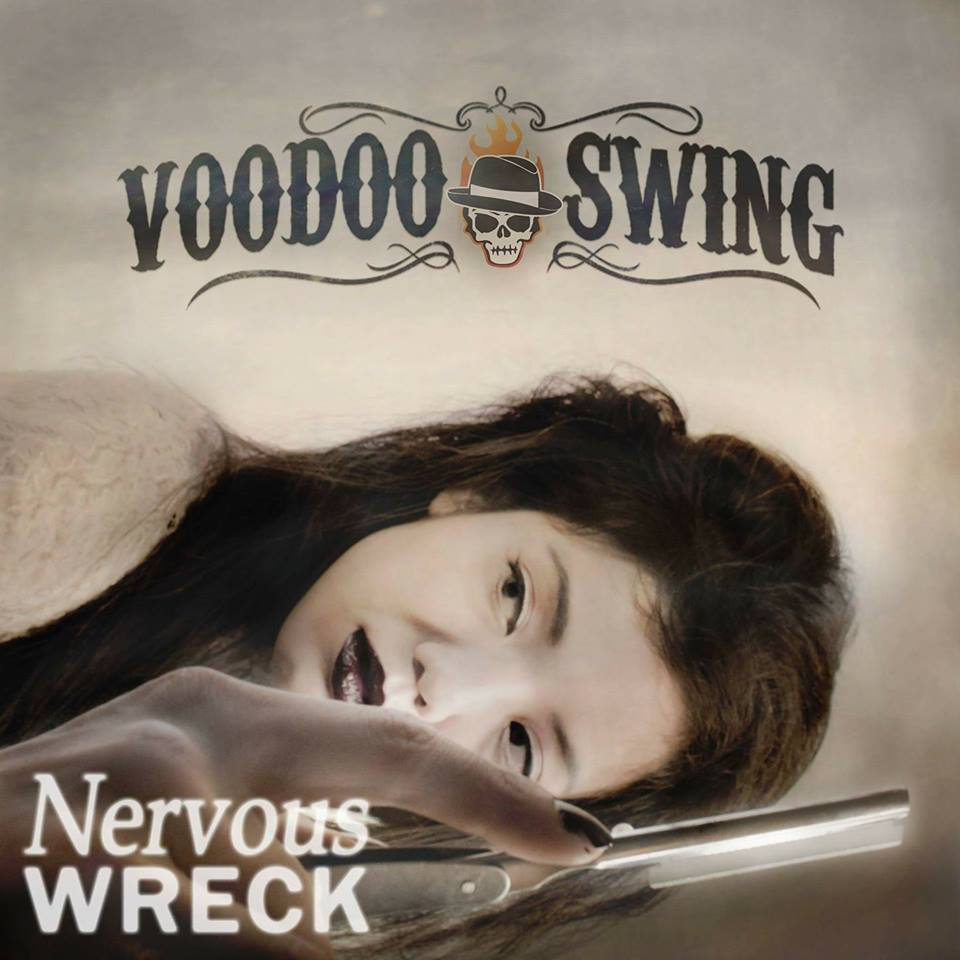 It’s stunning to think Voodoo Swing has been putting out their rockabilly variations for over 20 years. The band that began in Salt Lake City in 1993 now calls Phoenix home. Last year founding member, singer, guitar player and songwriter “Shorty” Kreutz teamed up with longtime member Tommy Collins on the upright bass and newcomer Walter Spano slapping the skins for a totally revitalized lineup. The results can be found on their newly released Nervous Wreck EP on Chromodyne.

I’m always a little wary of rockabilly bands, because there are few that are outstanding. Most are just revivalists. From the immediate start of “Pow! Pow! Pow!” there is clearly reference to the rockabilly and blues-rock classics that came before, but Voodoo Swing makes it dirtier, grittier and more dangerous. Long story short, I’d choose this over ZZ Top. “I Don’t Hate You” sounds like a stripped-down period piece celebrating the joy of curmudgeonly cynicism and romantic misanthropy. It’s an upbeat love song for people that hate people. 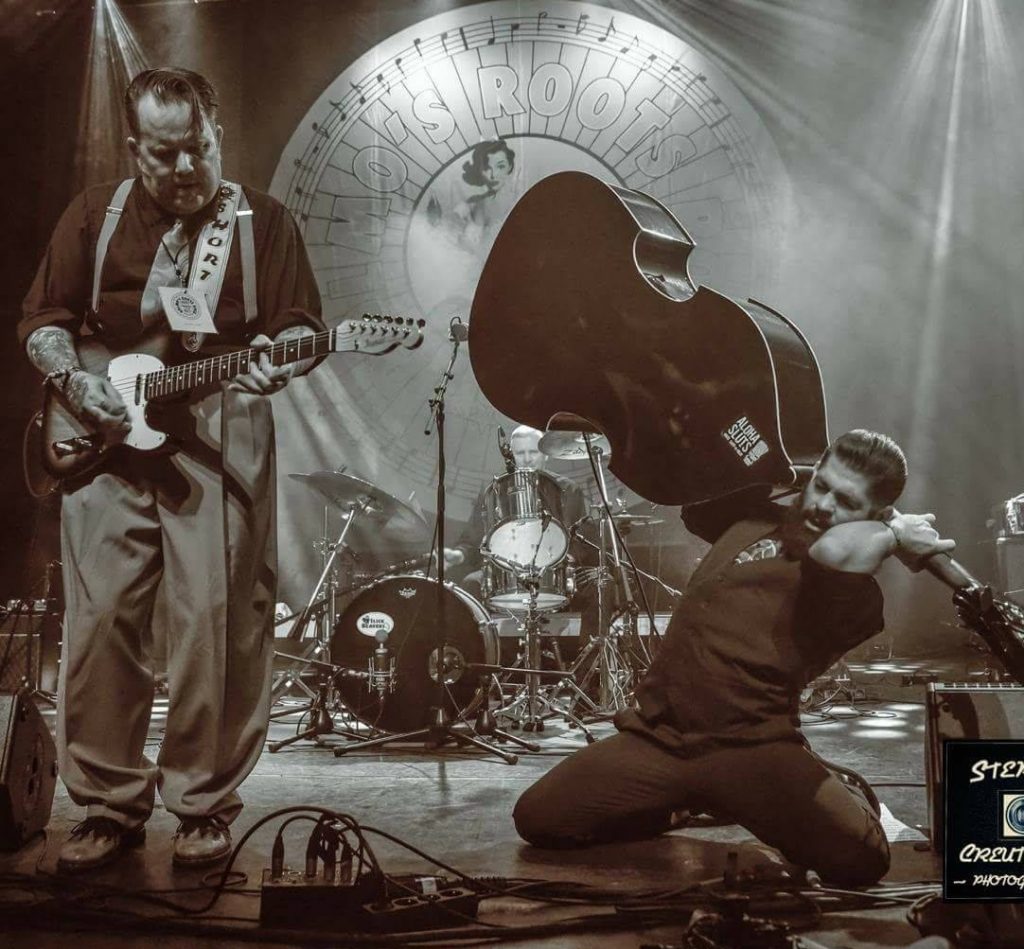 Meanwhile, “Linda Lee” is just classic rock ’n’ roll with a bit of a surf bend. It’s got a Chuck Berry backbone and would be real easy to twist to. Getting back to the blues groove, “The Cleaner” feels like a car song, and the lyrics don’t deny it, either. It’s got a great vibe to drive through an empty city late at night or out to the desert to bury something. Saving the best for last, Voodoo Swing ends the record with the title track, which could work as well on regular rock radio as it would on alternative crossover and wraps up this five-track package perfectly.