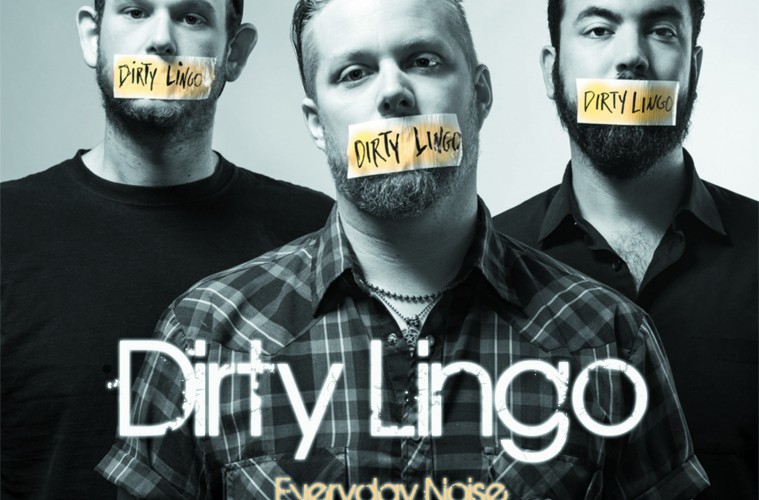 Dirty Lingo are rock ’n’ roll. They don’t try to be anything but that, and they make no apologies for it. They shouldn’t have to, because what they’re making is good. While they may have one foot in L.A. and the other in Phoenix, they will always be Arizona sons, and they’ve just released a hell of an EP. This is rough and ready rock and it feels great on the ears, because not enough folks are doing this without veering too much into metal, punk or glam. It’s exciting stuff.

This is the first release since they pared down to the power trio of Mike Chapman (guitar/vocals), John Hayden (bass/backup vocals) and Adam Wolin (drums) and since starting to split their time between two cities, which seems to have really tightened their sound. Across the five tracks found here, there is no downtime, no ballad, no bullshit. Everyday Noise kicks off with “She Said,” a rollicking number that screams of L.A. rock ’n’ roll with a Southwest spin.

It’s got a grinding, driving, dangerous essence that is downright sexy as hell.

“I Don’t Like It” is probably my favorite track, if for no other reason than the breakneck speed of the guitar and the fantastic vocal delivery—perfectly composed.

“Let Down” goes into power-pop territory with an immediate hook and a softer vocal that shows off Chapman’s range. It’s a perfect centerpiece to the EP and could be a cross-genre single. Turning it up a notch with Wolin showing his chops on the skins, “Son of Sorrow” harkens back to the early days of alternative rock, when it actually rocked. It also has some of the most amusing, clever lyrics on the EP. “I Know” wraps things up nicely with a killer bass line courtesy of Hayden and a genuinely head-spinning beginning. It’s a pure rocker with mad drums and killer guitar licks all over the place. All in all, Everyday Noise restores my belief that rock is far from dead.