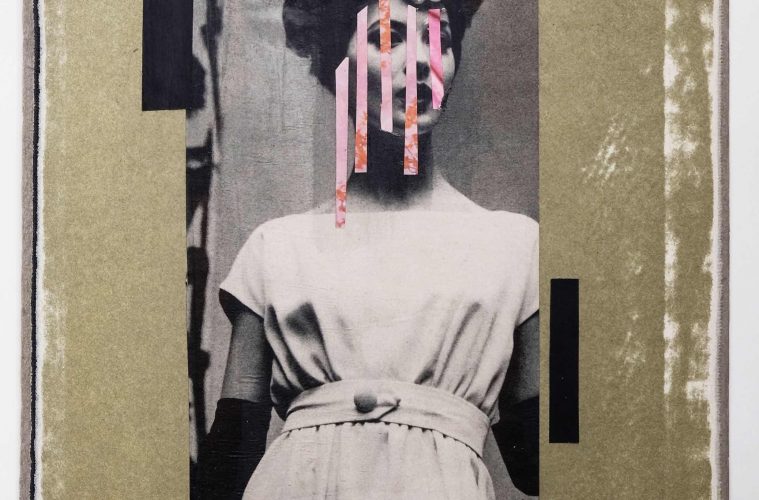 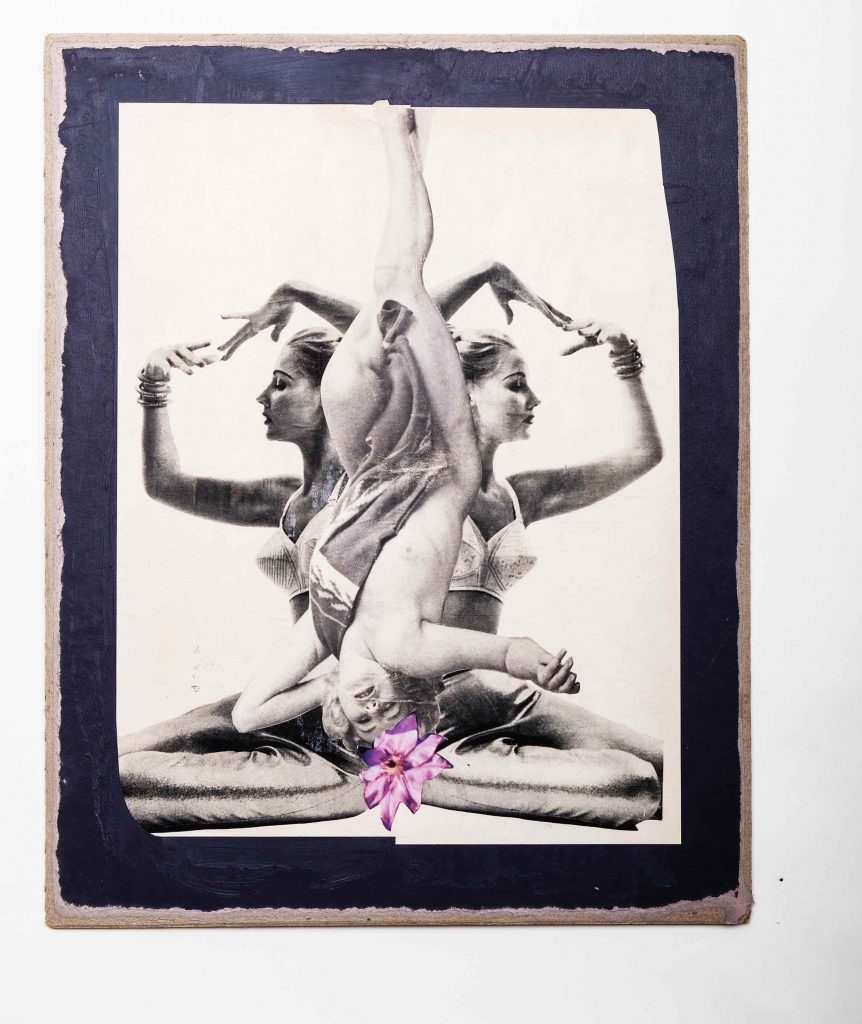 Daniel Shepherd says he enjoys weaving together the most bizarre and beautiful images he can find when making collage art. He says viewers should get close, examine the visuals he has selected and question why. Some of the photographic material is cute and light-hearted, while some is intense. Expect to experience a train-wreck phenomenon where you can’t look away.

In his experience with collage, he’s discovered a secret: if you add an image of vintage audio equipment to just about any collage, people will love it. “Penthouse magazine has the best images of old turntables, tape decks and more,” he says. He has also pulled material from a long defunct magazine called Stereo Review that catered to the audiophile crowd, back when having a pricey stereophonic hi-fi system was all the rage.

Shepherd gathers materials by scouring thrift stores and yard sales, and quite often people just give him stuff. One gentleman called him up to offer a stack of magazines. When Shepherd got to the guy’s house, he found an enormous pile that filled up his entire Volvo. Another woman insisted on giving Shepherd a book that would be “just perfect!” for his collage art. When he opened it, it was all text and no images. “I was like, what do I do with this?” he recalls. 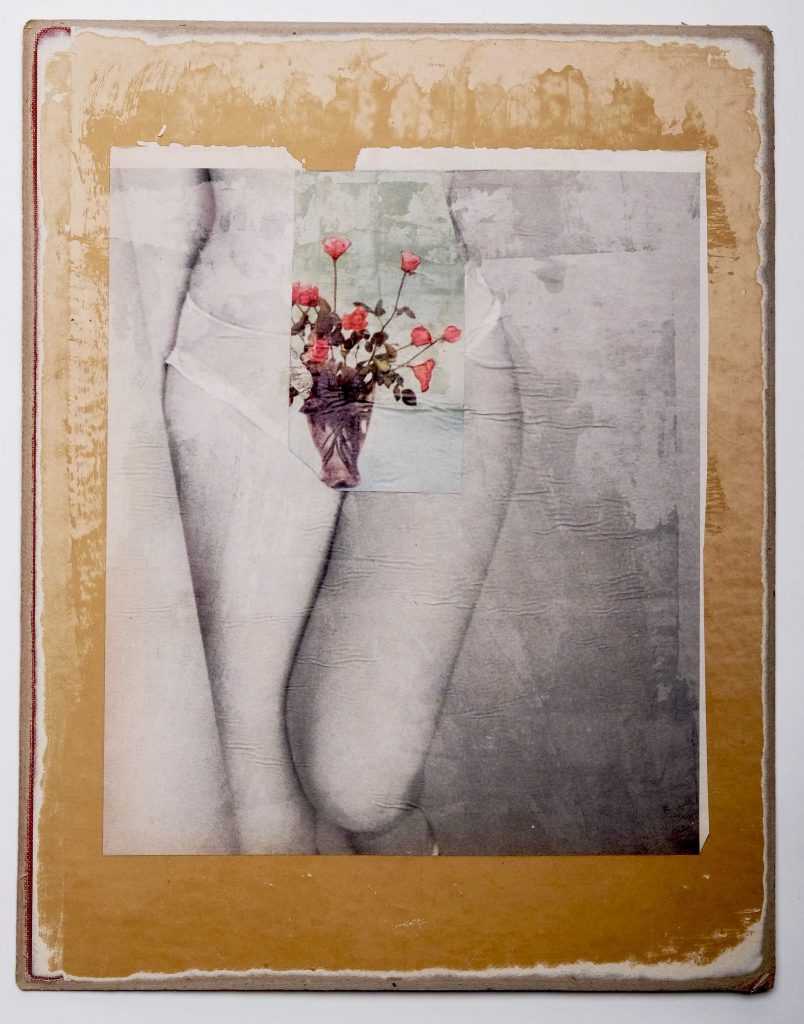 Shepherd really enjoys working with the female form. “It may just be sections of things. Sometimes there are not a lot of heads or faces,” he says. “Just the forms and curves—the lines. That’s why he decided to call his first collage show and this follow-up “Pretty/Creepy.” Someone looking at a particular piece might describe it as creepy, while another person may walk up and examine the exact same piece and proclaim it pretty.

In addition to his collage work, Shepherd also does larger-scale abstract paintings. His abstract work is represented by the Studio 101 group in Scottsdale and by Design H3K in Palm Springs. Curator and artist rep Nicole Royse has been working with Shepherd for the last few years. “I’m more of an artist agent,” says Royse, describing the relationship. “It’s not exclusive. It’s more about helping to further his career.” 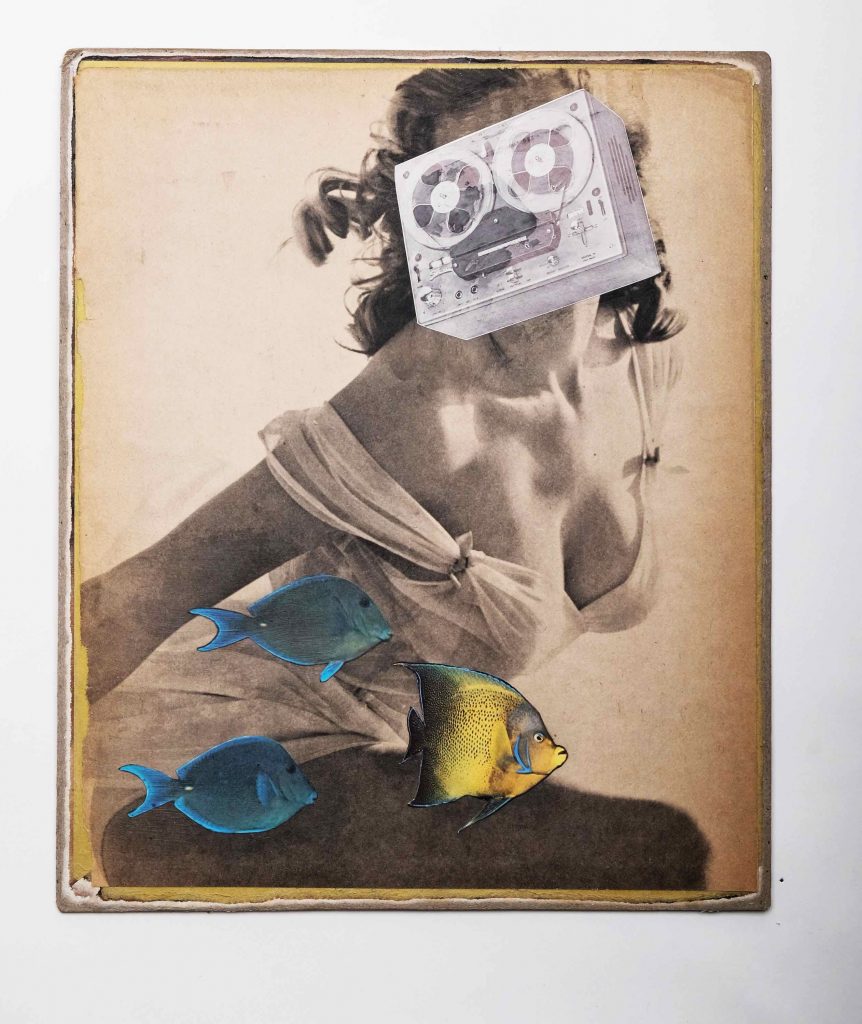 “I first met Daniel Shepherd when we partnered together in 2014 at the Willo North Gallery, where he did his first collage show,” says Royse. In preparation for that show, Shepherd brought in 250 pieces. Royse helped him select less than half of that number, pulling the strongest works to go on view.

“People really love his work and his unique vision, so I brought him over to the Bokeh Gallery next,” Royse says. Royse curated the Bokeh show two years ago and is now thrilled to bring the collage work back to downtown Phoenix for “Pretty/Creepy, Part 2” at Chartreuse. “He is wonderful to work with,” Royse says, adding, “He’s also a DJ, often at Lux.” 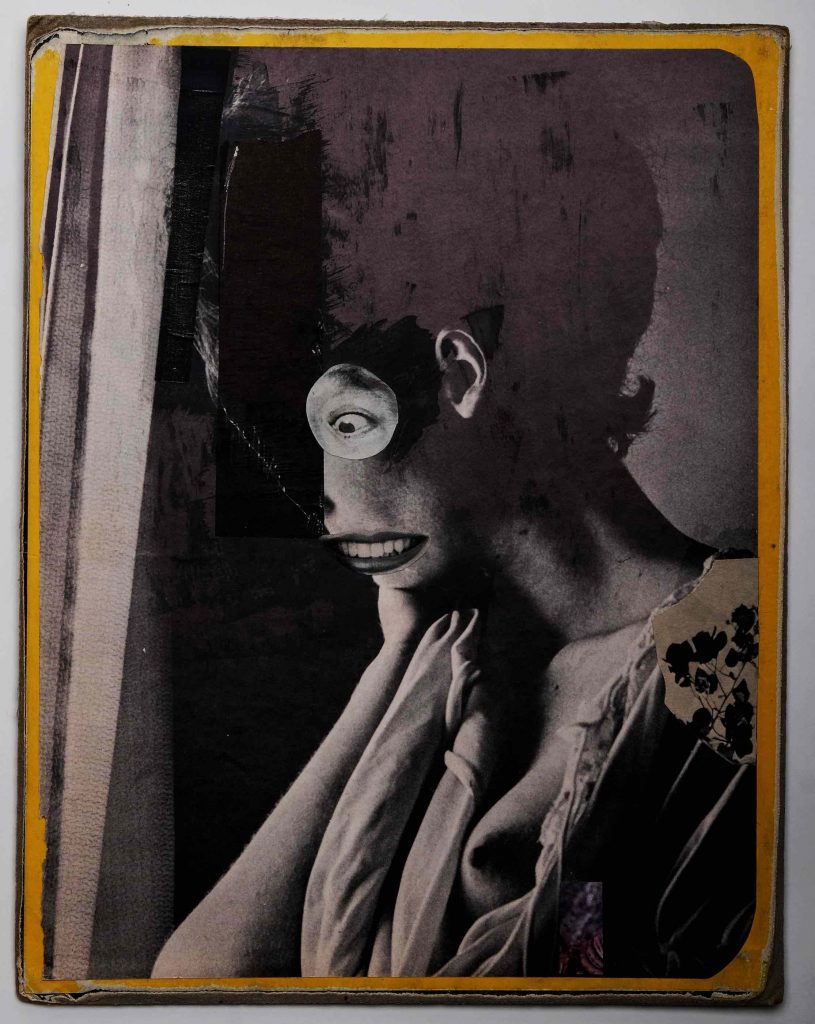