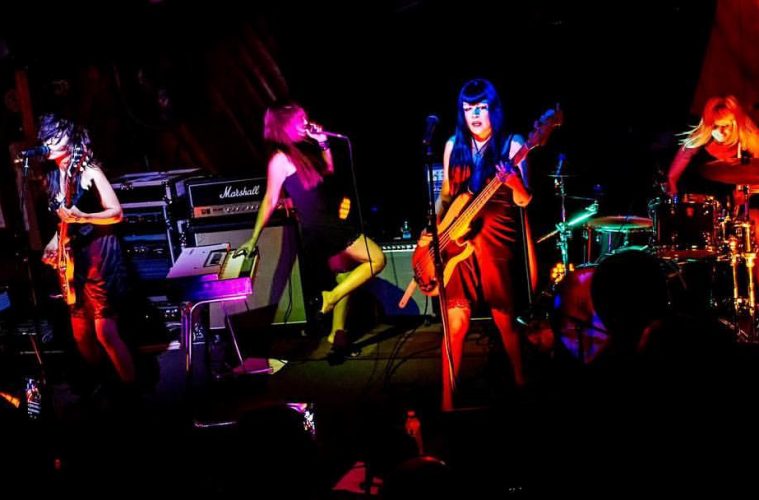 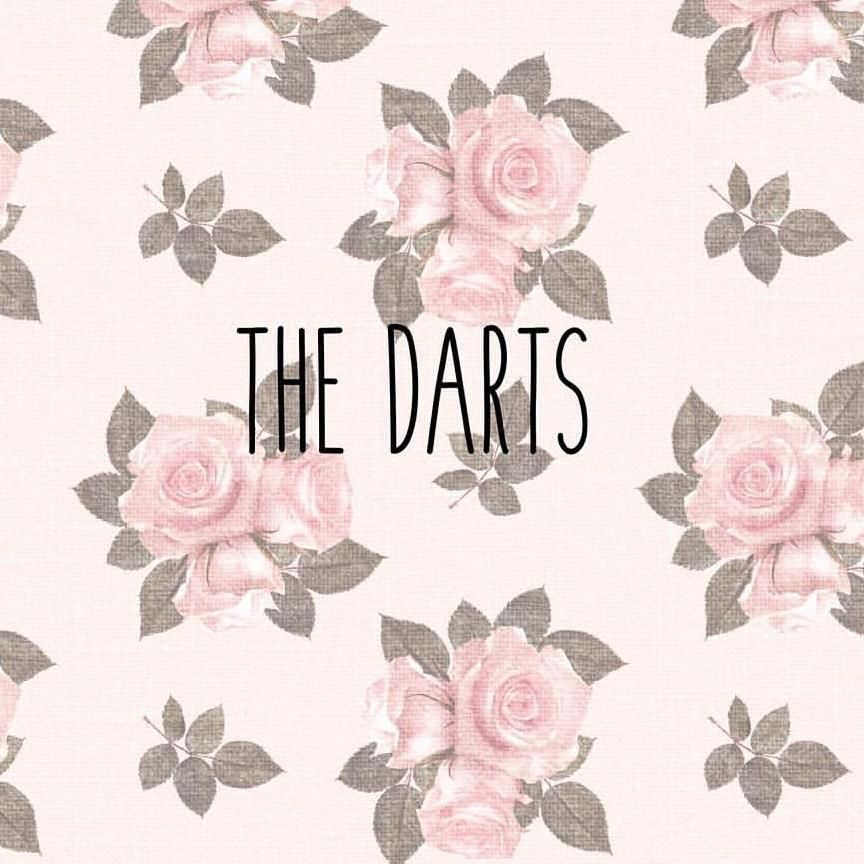 The Darts are a new all-grrrl garage-rock group featuring Nicole Laurenne (The Love Me Nots, Zero Zero, Motobunny), Christina Nunez (The Love Me Nots, Casual Encounters), Rikki Styxx (The Two Tens) and Michelle Balderrama (Brainspoon). This is an exciting and dark record that sounds cathartic as all hell. When I mentioned that to Laurenne, she immediately said, “It’s my favorite record I’ve ever recorded.” It’s not difficult to see why. This is six songs that take off like a demon from Hell and never stop once. It is a heavy record in no uncertain terms, like Melvins heavy, and a bit of a shock at first. But after a few listens, you’re screaming right along to every song and it’s fantastically liberating. 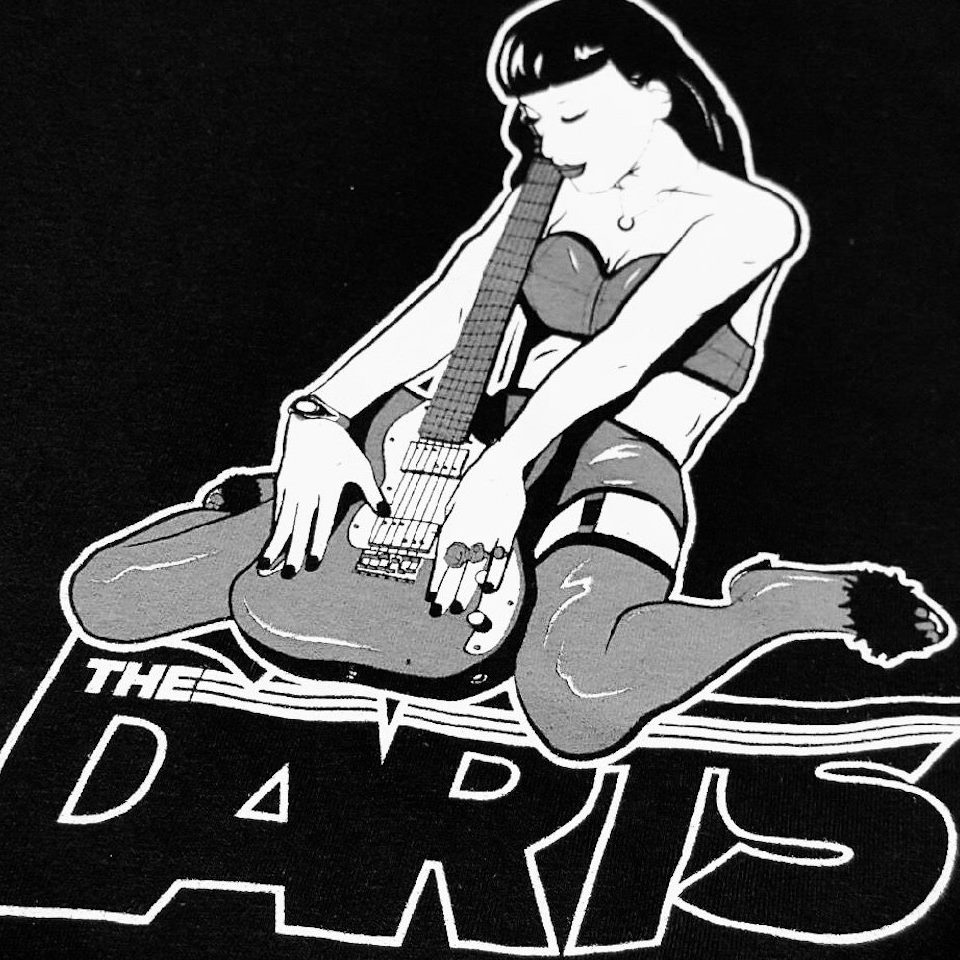 “Running Through Your Lies” immediately gets you set for the rest of the record—heavy fuzz bass blistering through the amp, vocals in the red, a ghostly Farfisa organ deep in the mix, buzz-saw guitars and furious, frenetic drums create a sweltering sound that consumes all of your garage-rock desires. The anthemic “Revolution” is a favorite and definitely one of the catchiest in the collection—as much homage to classic garage rock as it is to the grrrl rock movement of the 1990s.

There is something about “Carry Me Home” that reminds me of punk pioneers Suicide, and I think it’s the bass and organ combination. The pace is only momentarily slowed by “You Got Me,” but the need for lyrical clarity on this heavy-as-hell number becomes apparent soon enough. “Take What I Need” should be an instant single because not only does it have that Farfisa on blast, it also has the catchiest pop aesthetic and fantastic harmonies. I am certain that a soundtrack is waiting for this song somewhere. The Darts’ debut ends with “Ramblin’ Stone,” which has the same marked heaviness of the opener and bookends this fine slab of wax perfectly. 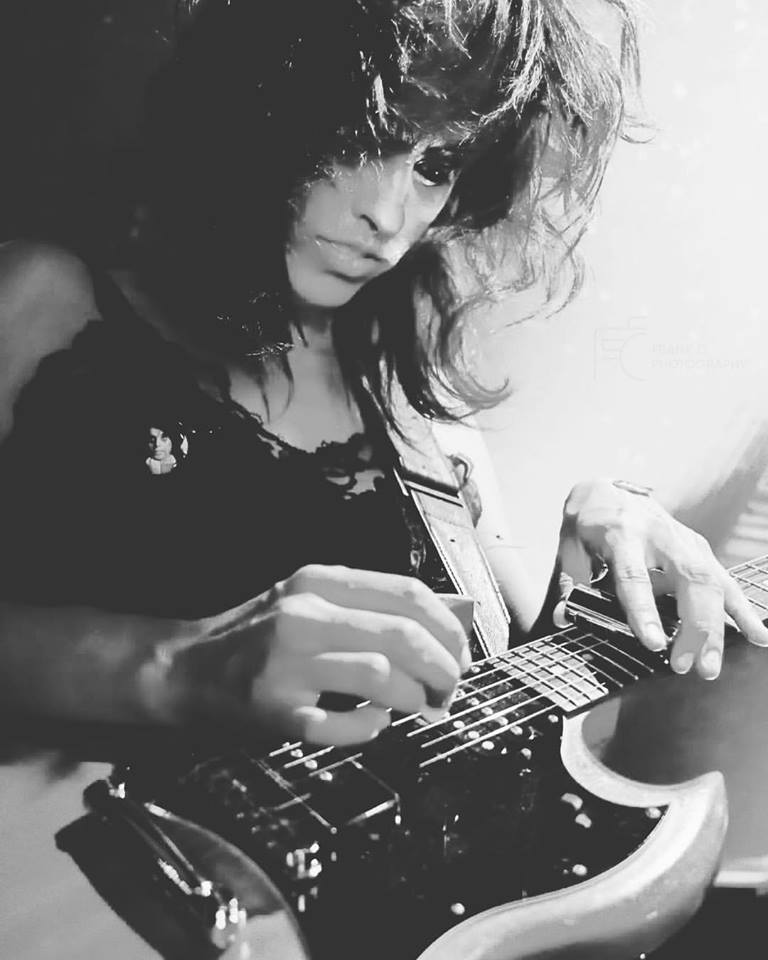