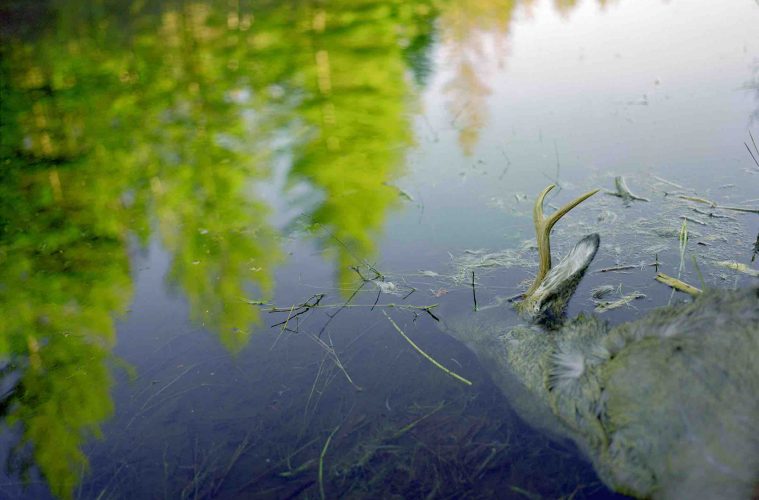 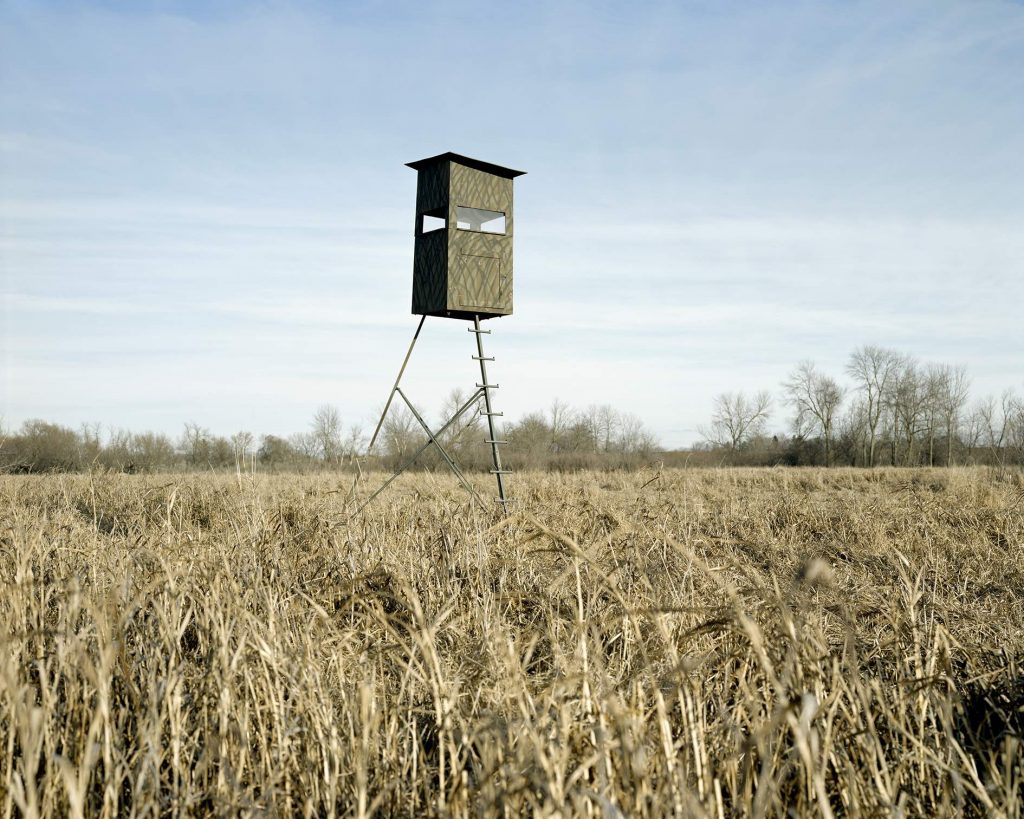 At the beginning of the year, we covered artist William LeGoullon’s exhibition at Modified Arts, (Un)Intended Targets. It put a spotlight on found objects that had been left behind, sometimes on National Forest land, after being used for legal and illegal target practice. LeGoullon is interested in examining man’s relationship with nature and how humans inhabit and utilize the land.

With Take/Aim, LeGoullon is in the curatorial role, and it’s hunting and hunting culture that is the focus. This exploratory show is a natural extension of his own work’s interest in nature and environment. It runs through December 2 at ASU’s Northlight Gallery and is presented in conjunction with Phoenix Institute of Contemporary Arts (phICA), a local nonprofit. LeGoullon is a fan of the organization’s collaborative nature and turned to phICA for support in bringing the exhibition to fruition. The programming also includes lectures from participating artists. 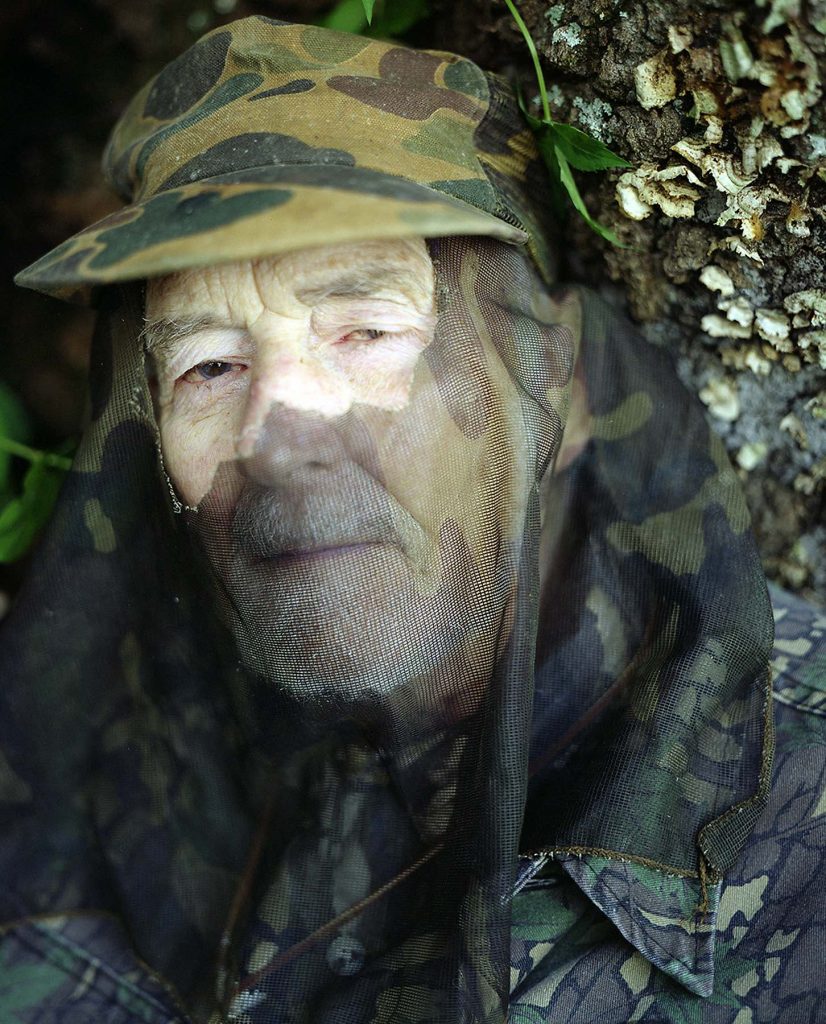 LeGoullon said that Take/Aim was developed over the last four years and has culminated in an intriguing look at hunting culture via the work of ten nationally and internationally recognized artists. “It’s my own self-exploration into the topic,” he said. “I’m not a hunter and I’m not advocating for or against it. I’m simply observing. I am looking at the relationships between predator and prey, life and death, and the romance of what it means to go hunting and to have that experience.”

In researching hunting culture, LeGoullon says that it allowed him to think more broadly about the topic. “I used to think of it as a sole-focused act; that there was only one point—a need and desire for someone to have a dominant force upon nature,” he said. “The more I have learned about it though, especially through the work of photographers in the show and hearing their stories, I came to realize that a lot of people involved in this culture have a lot more respect for nature, and a stronger desire to be out in it, than many who aren’t involved or who advocate against it. That was really interesting to me.” 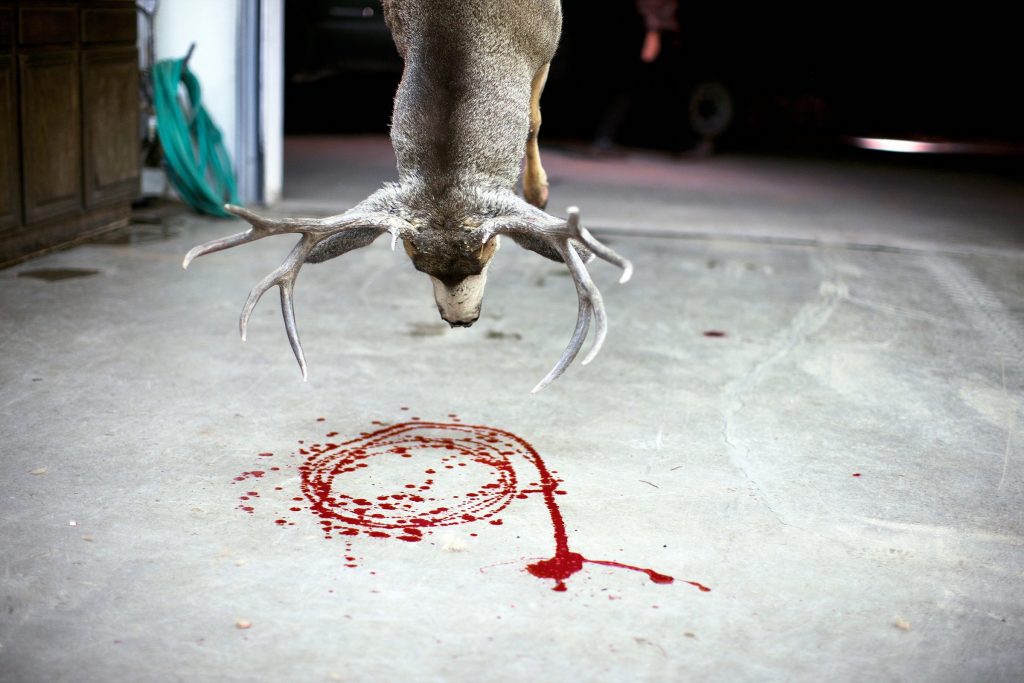 “For some, there’s this idea that they can just take at will,” LeGoullon said. “Then there are people who go hunting for other reasons—not for dominance or the adrenaline rush—but for things like family traditions. And of course there are those just going to kill stuff. Where is the line drawn, is there a right or wrong side, and what defines that?”

LeGoullon continues, “The work offers different perspectives visually and aesthetically. Many of the photographers come from families who have longtime hunting backgrounds. Then there are people like Brooks [Dierdorff]. He’s not a hunter; if anything he advocates against it through his work, which is metaphorical and observational. It asks questions and put the viewer in the position of the prey.”