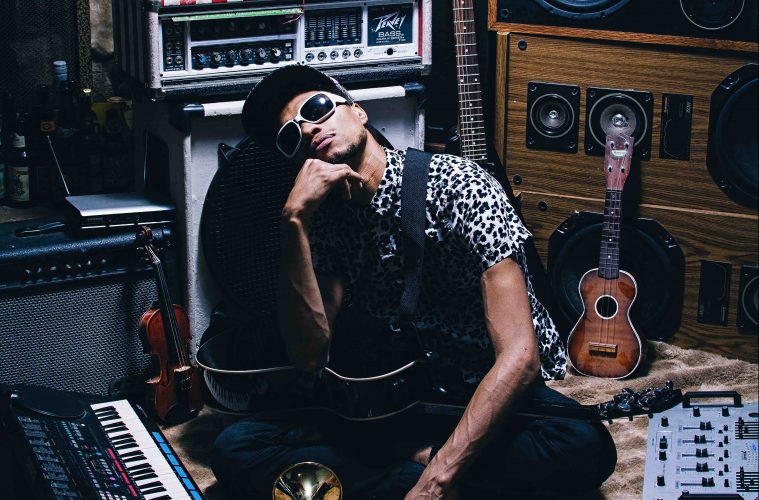 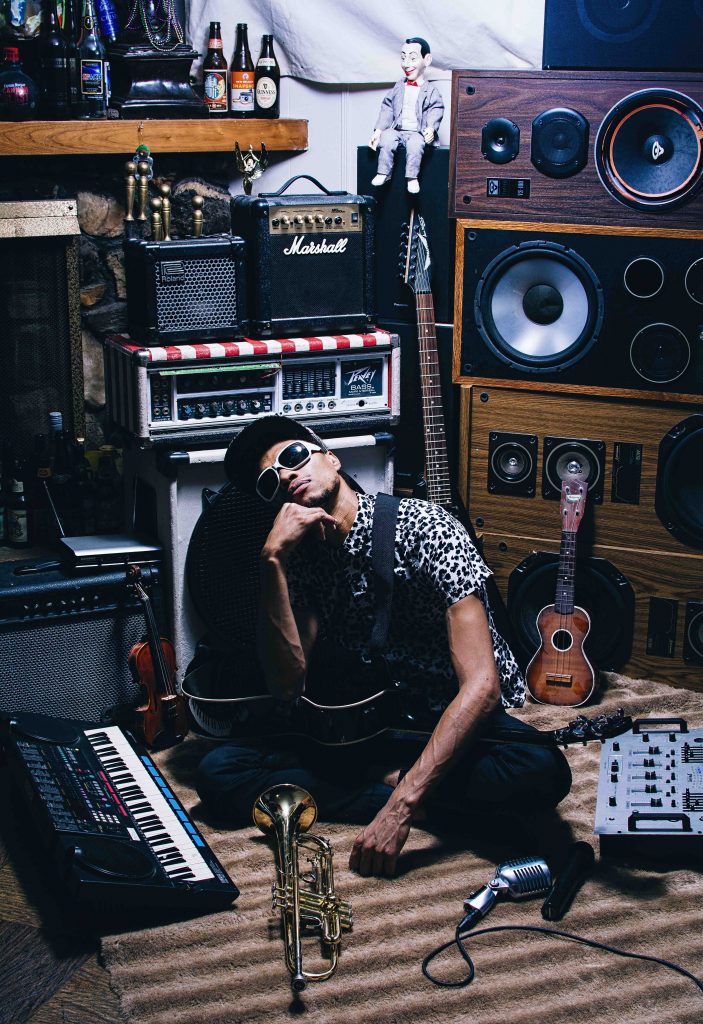 Dadadoh has just released the most exciting local hip hop album of the year, Radical, which has been a while in the making after a slow build-up of singles and a video here and there. Some significantly different versions of the songs have appeared previously that sounded more like demos, but they have now been shaped into album-worthy material.

The mix isn’t solely focused on hip hop; there’s a lot of genre-bending experimentation, from synth-heavy electronica to more soul-drenched R&B, which is compelling, and the album’s pacing is perfect to allow full enjoyment. Whether it’s in-your-face rap excursions like “Do It” or the impressive fusion of “Get You Away,” Bryan Preston AKA Dadadoh has laid down one of the smoothest records of the year.

While Radical may technically be a solo album, Dadadoh had plenty of help along the way. “I really learned a lot about working with people through this record,” Preston said. “People get the assumption that if you’re a solo, you should do everything yourself, but you actually have to work with as many people as you can to make something really great! I can’t stress the importance of keeping really good people around you that understand your vision and believe in it as much as you do.” 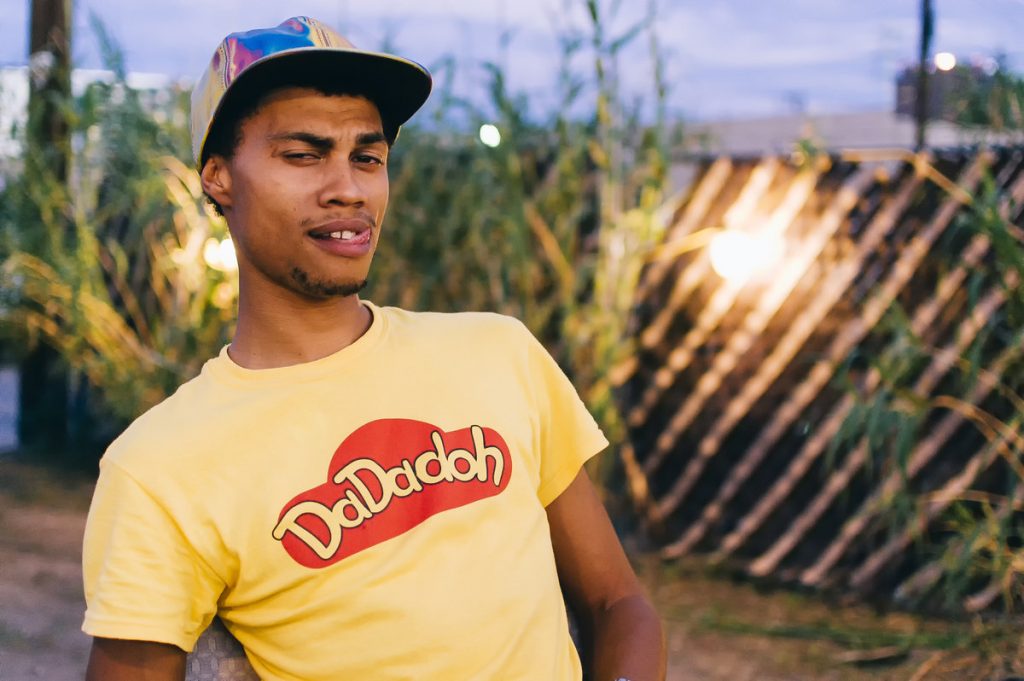 The album features guest appearances from MC/DC, Mr. Uu, Dirty Dalla$, Kali Kal, WOLFZiE and Curt Flo, as well as some conversation with folk punkster Andy Warpigs. While Preston produced the album himself, it was mastered by Scott Mitting (20 Ft. Neon Jesus, Militia Joan Hart). The results are fantastic.

It all begins with “And We’re Back,” a skit of Dadadoh being interviewed on a TV talk show (Tiffany Michelle Hilstrom of Manic Monkeys is the interviewer). There’s as much humor as there is ambition in the opening bit, but the album that follows is Dadadoh’s pure, undiluted vision, and the skit provides something of a construct through which the rest of the album can operate.

The album proper begins with the dark groove of “No More,” which features MC/DC. The arrangement is minimalist and relies on spare keys over a deep bass line, long before the percussion kicks in, which it slowly does. When the flow gets going the song takes off, and it’s only moments after the mention of Rick Rubin. Clever lyrics are clearly Dadadoh’s wheelhouse, and this one’s full of them from start to finish.

“Lonesome” continues the darker, low-key vibe, and this time features Mr. Uu. I’m not sure if the intention was to make hypnotic hip hop, but that was the end result. This is the hip hop equivalent to shoegaze rock, with arrangements as mesmerizing as the circling, swirling vocals. It is one of the most fascinating compositions on the album, as introspective lyrically as it is engaging musically, questioning the scene in the midst of finding strength in the music. 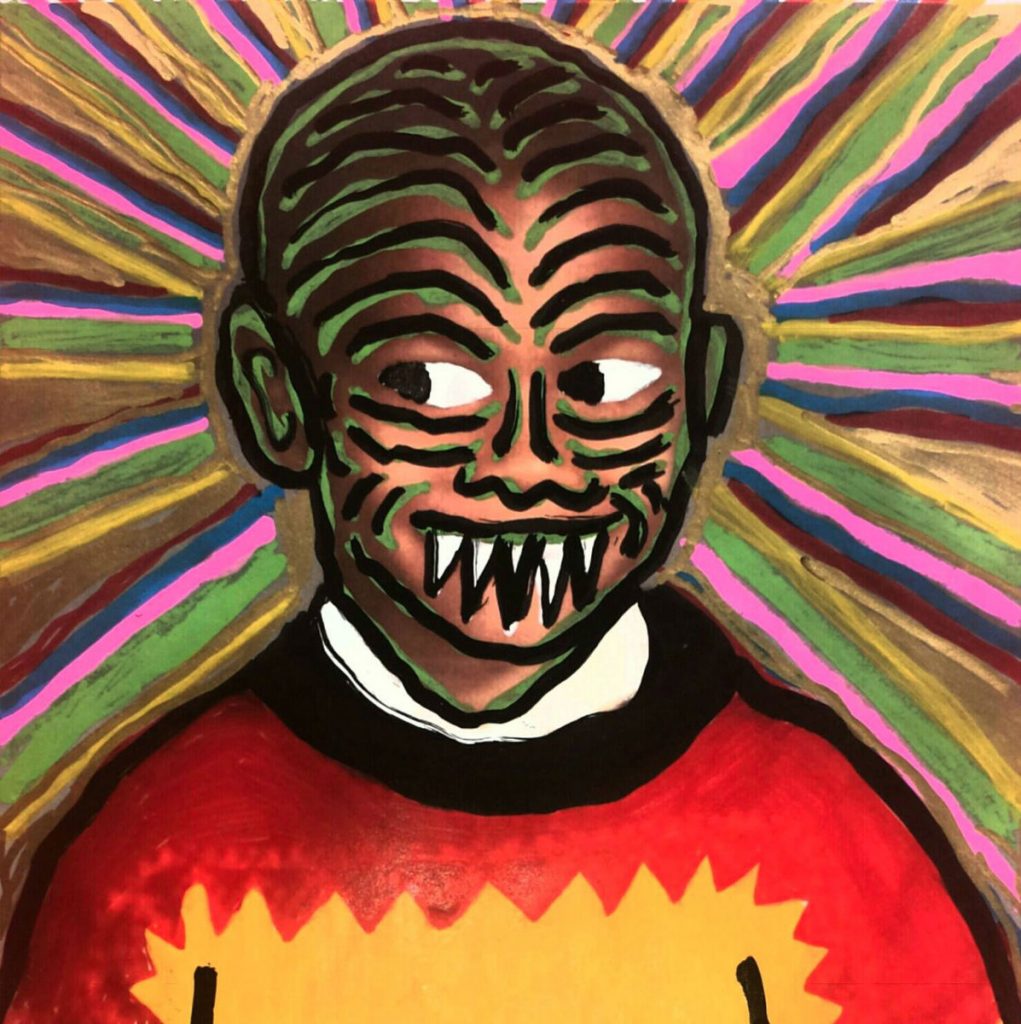 One of the finest moments is Dirty Dalla$ joining Dadadoh on “Just What You Like,” a soul number that’s got a catchy sax part from Dalla$, with sexy-as-hell lyrics. The synth strings are simply icing on the cake.

The pre-album single, “Do It,” captures the essence of the record. It’s swanky and sexy, with arguably the best delivery of verses on the record, while the chorus is understated and more than suggestive. It’s a fantastically masculine song that celebrates a woman who seeks satisfaction frequently and specifically with the protagonist. It finishes with a rather humorous skit that should have been reserved as a separate track but is a funny footnote.

Kali Kal joins in on the fun for “Real Good,” which begins with a hazy intro and the sounds of female ecstasy in the background. If there hadn’t been the humorous sketch at the end of “Do It,” this would work perfectly after it, thematically speaking. It still works, and the break between the songs definitely provides a pause to set you up for the contrast in musical backdrops, as “Real Good” is a much darker tune, explaining the details of one woman’s sexual prowess.

The pristine intro is nearly dreamy on “In College” before the sound becomes twisted and Dadadoh announces, “I only fuck with girls in college.” This should be another single, because it is lyrically concise and musically brilliant. At times, when Dadadoh is at his most succinct he delivers pure gold like, “Say you got a couple demons? I think you got a couple monsters girl.”

One of the highlights of the album is the smooth R&B delivery of “Get You Away,” with a musical dressing that sounds like The Avalanches and Preston’s best vocal delivery on the record. It’s moving and beautiful and seems literally ready to take the listener away. It’s as accessible as it is psychedelic, and the trippy mixing on the vocals only serves to strengthen it.

Mr. Uu joins again for “Kowasahki Trappin’,” which may be a nod to Drake as much as it is to Asian culture. The two songs with Mr. Uu present make a strong argument that these two artists should join up on the regular. This is one of the most energetic and exciting tracks. You will be singing, “Bitch, I’m Kowasahki Trappin’” to yourself after only one or two listens. 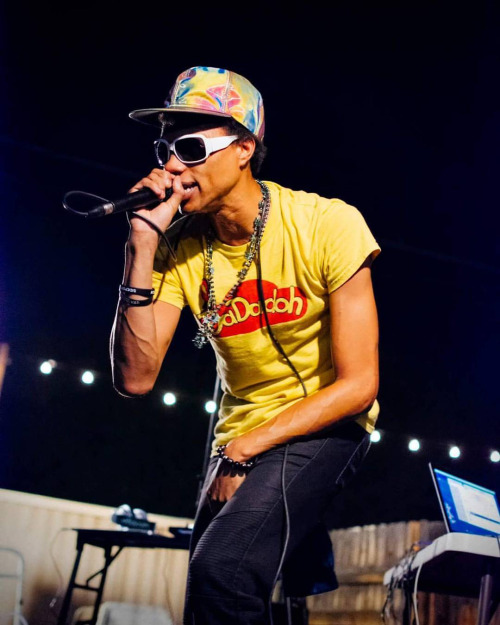 “All This,” featuring Curt Flo, is a fantastic homage to marijuana, in part. It’s another hypnotic number with swirling vocals, turning round on themselves to the refrain, “Man, I’m smoking all this reefer and they can’t understand it.” Lyrically, the verses are all over the place. Whether the song is about college, sex or smoking weed, it’s almost an anthem for someone young and talented enjoying the more sensual side of life.

The spell is immediately broken by four minutes and 20 seconds of “Silly Freestyle,” which appears to be exactly that. It reminds me of Jay-Z’s “My1st Song” for some reason; I can’t quite place it, but it has that same vibe to it. Even though it is a silly freestyle, it’s definitely one of the lighter moments of the album and a good move in its placement for the fun factor alone.

WOLFZiE collaborates with Dadadoh on “What I Got,” a song so good it will also appear on WOLFZiE’s album later this year. Dadadoh delivers one of his best lyrical flows over the dream pop background WOLFZiE has put together, with intense textural landscapes, approaching a trip hop housing. It was released as a collaborative single and it’s not hard to hear why.

Radical concludes with the amazing, near indie rock fusion of “Never (Invite Whack People to My Shows).” An earlier version of the song was available for a while, but it doesn’t hold a candle to this one. It’s got fantastic cross-genre appeal and could pass for a more experimental song by Beck.

It is striking how much musical territory is covered on this album. It’s not just poetry set to some beats here. There is some agile thinking and exciting arrangements behind these songs. This is as much about the music as it is the rhyme and the vision. The authenticity is what makes the fantasy of the album all the more understandable.