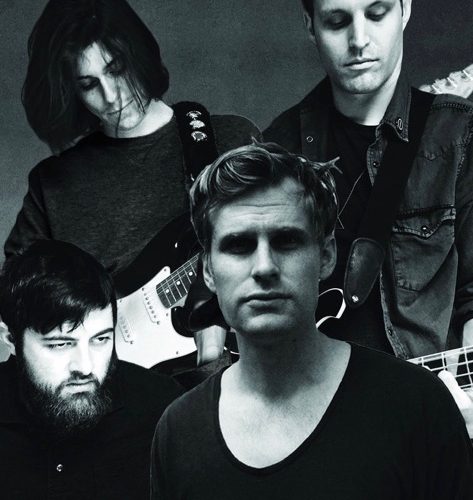 Emby Alexander: The Sound of Phoenix 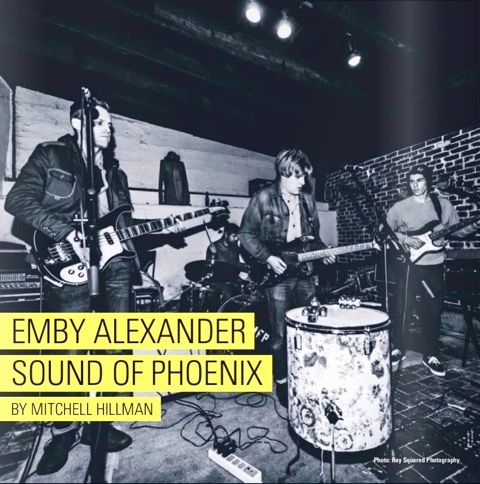 Since 2013, not a year has gone by without Emby Alexander releasing a record, and every one of them has graced the pages of JAVA. Watching this art-rock-meets-chamber-pop combo transform and grow since their inception has been one of the most fascinating musical journeys in the local music scene. With the exception of lead visionary Michael Alexander and bass player Kyle Grabski, the lineup has changed, but their focus has remained the same. The sound has become more refined, and the lyrics are as cleverly charged as ever.

On this album, the band consists of Alexander (voice, guitars, banjo, organ, keyboards, tambourine, glockenspiel, viola, lap steel guitar), Grabski (bass, vocals, percussion), Jeremy Lentz (drums) and Peter Granata (guitar, vocals). Sound of Phoenix feels like a final chapter in a book, and that’s not just a feeling. According to Alexander, “Sound of Phoenix is the finale to the first three albums.” The Emby Alexander EP (2013) and Frontispiece (2014) were very bird-centric, while Behaves Like Beehives (2015) is the bee era. Sound of Phoenix is the offspring of those birds and bees.

Sound of Phoenix is the culmination of all the records that preceded it, and it feels like it, with intense layers of sound and obscure poetic lyrics sung like a nascent Tom Verlaine. The lyrics may be obscure for an entirely different reason than their art-rock poetry. Apparently, there is a riddle or intellectual game within the album. Each song is associated with a crossroads somewhere in the Phoenix metro area. “The crossroads are hints or clues to the listeners,” Alexander said. “The listener should travel to each designated location to listen to each song. There will be more clues.”

The concept is fascinating enough that I may actually check out a location or two to see if things line up or if it’s high-minded sociological experimentation. Emby Alexander have been artsy from the start, so you never know exactly what they may have planned. Though, to be fair, whether there are clues or not, by going to each of these locations and playing the given song, listeners end up literally making this album the sound of Phoenix.

“Rich As the Priest Asks” (55th Ave. & Thunderbird) kicks off the album with a weird, unsettling vibe and sets the listener up for a slightly darker ride on this than their previous efforts. The repetition of the lyrics is nearly as dizzying as the swirling music that surrounds them. It feels like an invocation and instills the feeling that Alexander will eventually start a cult, with himself as the musical holy man. The song builds in waves and complexity as it flows through over five minutes, until it arrives at a chant, “It’s not polite to stare at the sun.”

What follows is one of the catchiest tunes on the entire album—that will never get played on radio. “Phoenix Sons” is brilliant indie-pop tune, but the refrain is, “Phoenix sons, who fucked you first?” It’s right in line with the band’s signature style and an instant classic for sure. It’s an unusual moment of whimsy on this otherwise heavy album. Fifth Street and Roosevelt are the cross streets, and the song references Roosevelt Row directly. It seems to be about the transitory nature of downtown and its residents, but there may be more to it than that.

The piercing tones that begin “Blackout in the Black Light” are nearly too difficult to handle, but this opening soon leads to some of the most aggressive rock in the band’s entire catalog. The momentary joy of “Phoenix Sons” is lost with this song’s searing guitar and dark vocal delivery. It’s an unusual number for Emby, to be sure. It creates a hell of a mood that is thematically consistent with the rest of the record. Meant to be listened to at 32nd Street and Shea, it is hypnotic and heavy, with the title being their hard-rock mantra for the moment. 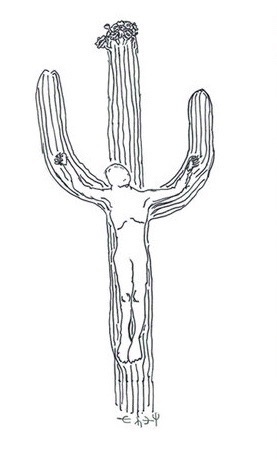 Levity, or perhaps psychedelic strangeness, returns on “California Drugs,” which is a heady dream-pop number with some completely obscure and fascinating lyrics. I have no idea what was done to someone in the kitchenette, but I will wonder about it for the rest of my days. This is pure psychedelic pastiche that borders on freak folk. The song is pretty intoxicating itself, which isn’t surprising on the corner of 19th Ave. and Grand.

Another instant classic is “Honey, I Know,” which could be a single and should be, because more singles need to have lyrics as weird as this. Clearly it’s about a woman with some incredibly deep-rooted daddy issues, but beyond that, I can’t suppose what it’s actually about other than that the father in question seems to be fairly terrible. Still, it’s catchy as hell and hearkens back to their early sound more than nearly any other track found here. There is an elementary school on the corner of 14th Street and McKinley, if you’re looking for clues.

The first single from the album was “In Your Doorstep Bleeding,” and it begins with what sounds like stock sound effects from an old horror movie, before providing some of the most sunshine-laden pop on the album, combined with some of the most macabre lyrics. Whether the protagonist is literally bleeding from, say, self-inflicted wounds or is metaphorically bleeding from romance-inflicted wounds is unclear, but it’s a powerful image in either case. I’m not sure if the suburban cross streets of 65th Ave. and Altadena will clear things up, but there are plenty of literal doorsteps there.

The woozy din that begins “Orange Orchards” turns dark quickly with an intro that feels like codeine cough syrup for the soul. This track is more dark-edged psychedelic territory, to be sure, and it’s nearly a minute and a half before any vocals come out of the shadows. It’s a weird mystical number shrouded in esoteric lyrics, until the last minute, when it becomes an art-rock dance number. It’s a sweet soundtrack to play while losing your mind on the corner of University and Hardy in Tempe.

“Franny Zooey,” with its obvious nod to J.D. Salinger, takes place on the I-10 Eastbound at 7th Avenue, which is a tunnel and, in reference to the lyrics, potentially an efficient location to take one’s own life. It’s a stunning song that becomes more accessible and pop-oriented as it goes on. The lyrical wisdom of “Don’t let me get too far away, because we know when we’re strong and well, we’re not good at being alone” feels like the truth of uncertainty as we find our way through life. Musically, it’s a fascinating adventure in how a song can start as one thing and then become a completely different song in the end. This has always been one of Emby’s compositional strengths. 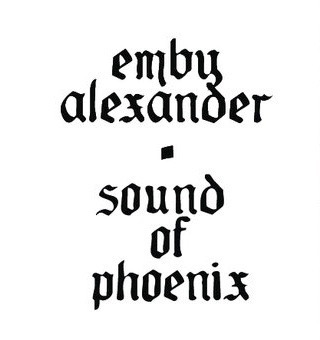 The near epic-length finale of “Matador” feels like the obvious conclusion to everything Emby Alexander has achieved so far with this thematically connected record. It is the only song that does not have an exact location, instead attributed to “right here.” It is the only song with straightforward lyrics that don’t seem to be shrouded in much of anything. Musically, it’s simply a lovely tune that evokes gospel, folk and, of course, psychedelic pop lines, with a frenetic ascending guitar line. Alexander’s voice also sounds more like David Byrne here, something that was more prevalent on previous albums.

Sound of Phoenix, an album inspired by locations throughout the metro area, is brilliantly executed as a conclusion to all their previous works, celebrating the city they have called home since the start. It’s definitely Emby Alexander’s most esoteric release to date, which is not to say that any of their albums are easily accessible—they aren’t. For the most part, these records are high-minded mini-symphonies embodying Alexander’s intense vision, but this album makes you work for it even a little harder.