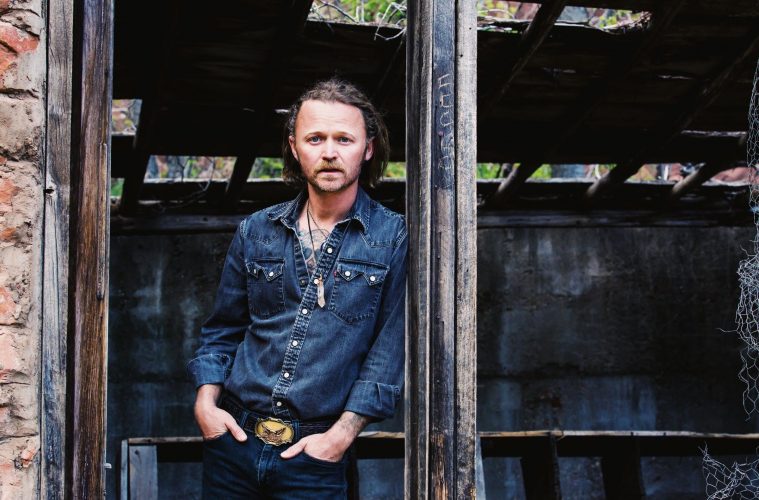 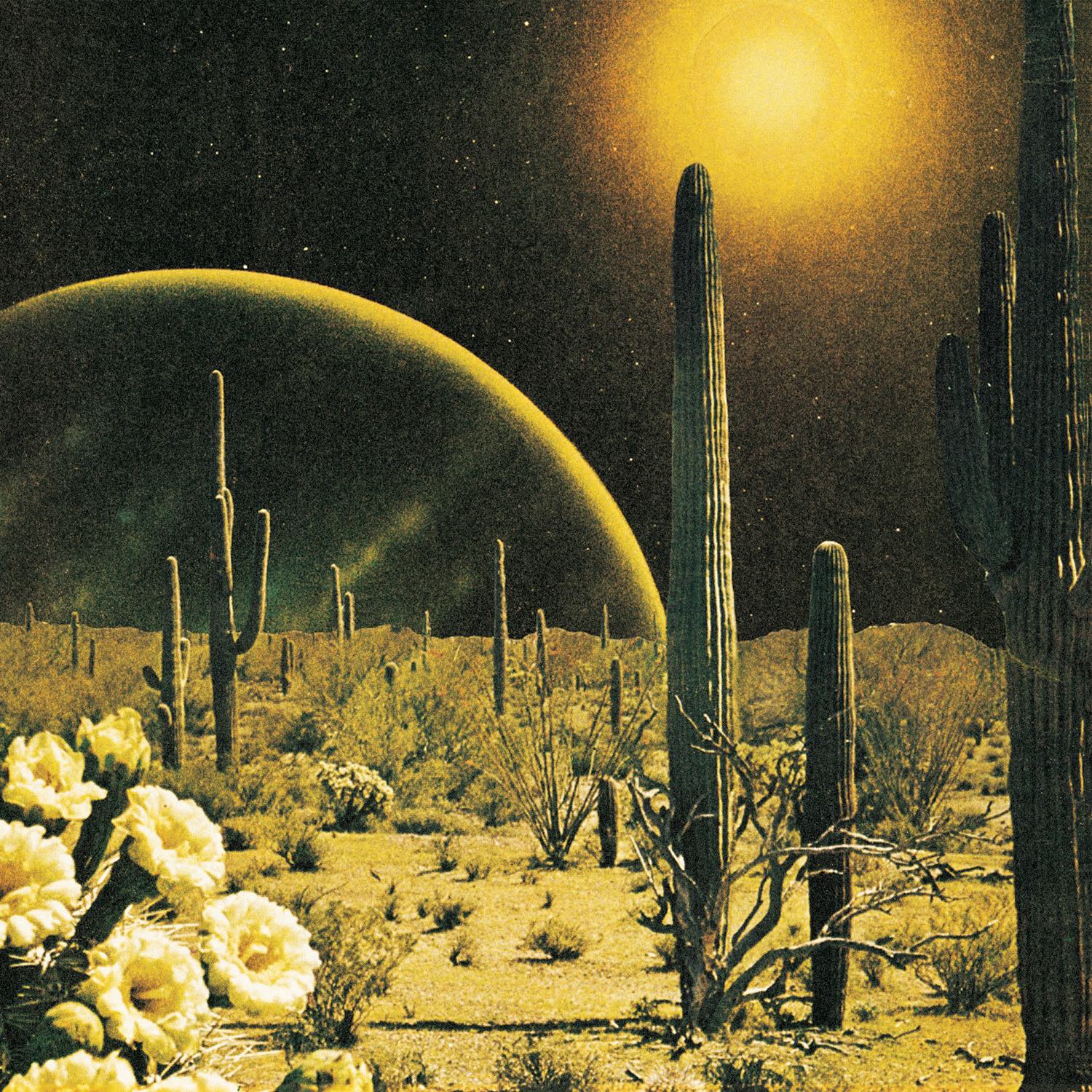 “Born to Wake Up” cover art

There is an urgency and honesty to Brandon Decker’s music that stretches far beyond any of the usual platitudes used to describe songs. I would simply say this: Listen to the man’s music and you will feel like you know him.

Since 2009, Decker has been doing his band, decker. (note the lowercase “d” and the period at the end – for dramatic effect), and the results have often been enlightening for both artist and audience. There is a quest for truth in his music that is refreshing, and if you go back and listen to the full catalog, the growth of Decker as an artist is obvious and impressive, to say the least.

There are some genre-bending moments in the decker. recordings that are often pleasant and, unlike the work of a lesser band, are not jarring or out of place: hints of Americana, straight-up rock ’n’ roll, a little gospel, and an alternative/indie sound that keeps it just close enough to the proverbial edge so that even the most jaded hipsters will give it a chance.

Brandon Decker, the man, is not afraid to tackle some tough subjects in his music and confront his own demons, angels, and shadows from song to song. Physically he is slight, but when you share space with him, his presence is significantly felt. He has the endearing quality of someone who probably gives a great hug, and that is a wonderful quality in our current world. But he is also supremely talented.

The musicianship expressed in Decker’s growing catalog is always top notch, and as a vocalist, the long-time Sedona resident (who has recently moved to northern California, unfortunately for us) is one of the brightest lights our state has seen in recent years. Decker the lyricist is not afraid to tackle subjects that reach down into your soul and wring out emotions we tend to bury rather than confront, but he does it with a deftness and respect for humanity that makes it seem comforting, soothing, and, in a weird way, nurturing.

On Born to Wake Up, Decker’s recently released record on the Brooklyn, NY–based label Royal Potato Family, the singer/songwriter continues to evolve into an artist you need to pay attention to while you still have the chance to see him in smaller venues. As there have been standout tracks on previous releases – like “Princess of Cups” from 2009’sLong Daysor “We Used to Sing” from 2010’s Long as the Night– that have showcased Decker’s songwriting, Born to Wake Upis a pleasure to listen to while driving across the desert or working on your latest project.

We caught up with Decker while he was driving near Barstow, California, to talk about his move to the San Francisco Bay Area and what is happening with him right now. 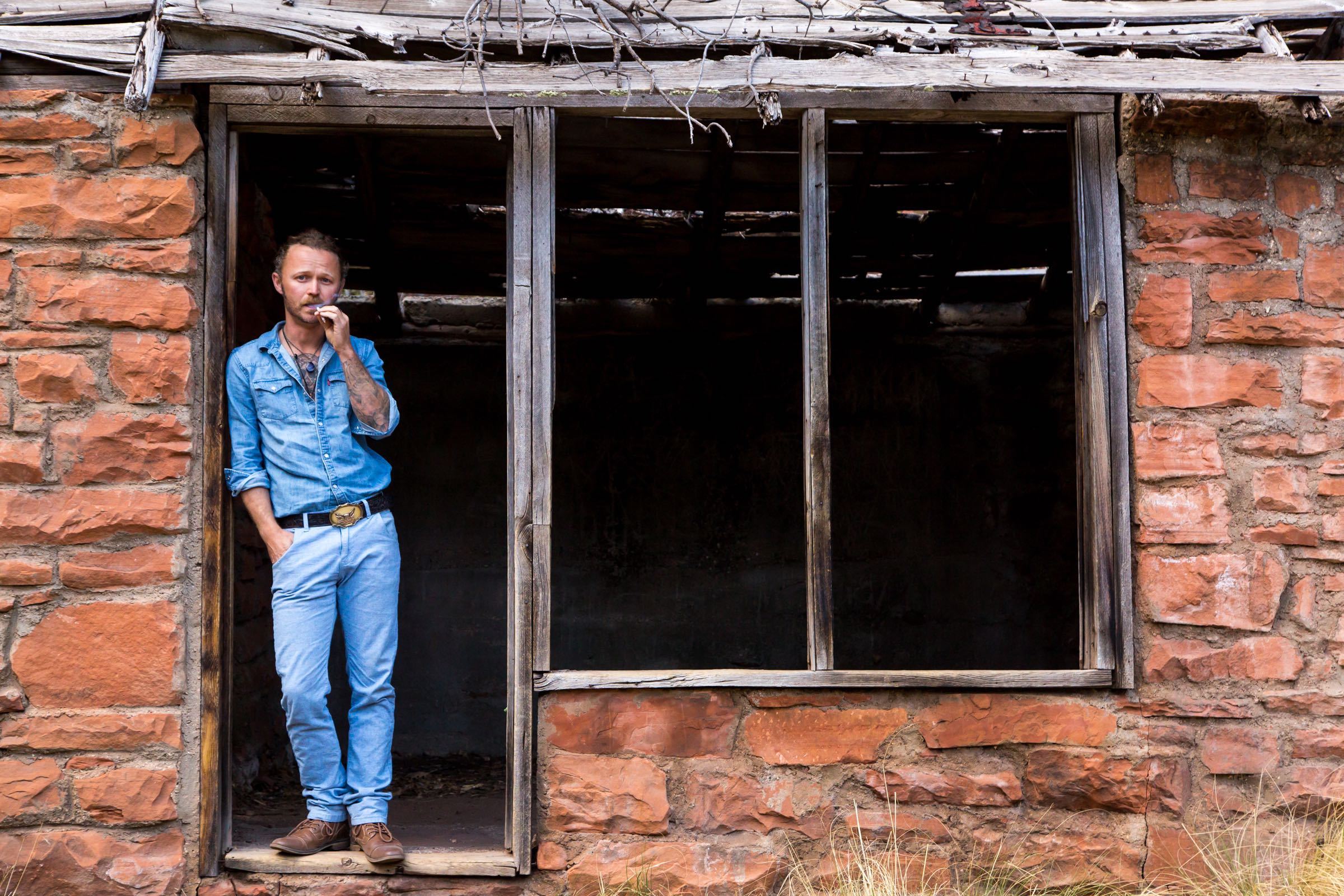 JAVA: How is your move going to affect the band?

Brandon Decker: Well, certainly I’ll be playing less with my Phoenix people – decker. has always had kind of erratic membership. Well, I love, love, love all the people that I’ve performed with down there and as often as I can, I will [continue to play with them]. I’ve been doing a lot of solo performing over the last year – just logistics of it and financially.

What I imagine is I will continue to branch out and perform with other amazing musicians. In no way is that a lack of appreciation for my lovely cohorts in Phoenix. I love the music that most of us have been playing [together] for quite a few years now, but you know, it is just the way it goes.

JAVA: Will there be a decker. California version?

BD: I imagine I will be playing music with people in the Bay Area. I know a lot of people out there that are really good, and I’m eager to get in with them, whether it’s in the decker. spirit or something else, but I imagine that it will be decker. because that’s what I’m working on right now.

JAVA: And the tour that you’re on right now, is that the full band or you solo?

BD: It’s really across the board. Most of it is with my best friend who does backup singing and percussion with me. Then I’ve got dates also adding on my keyboard player, who’s my longest tenured player. I’ve been with her for five years. And then I have dates out on the East Coast with additional members, and I also have dates with the whole band out west later in the year.

JAVA: Tell me about your best friend.

JAVA: And tell me about your keyboard player.

BD: Amber Johnson. Amber has been with me through thick and thin for about five years.

JAVA: Anyone else we should know about?

BD: My bass player, Andrew Bates, has been with me for a long time as well, and he’s a great friend and player. And Meliza Jackson plays guitar. She just got brought on with the Darts. She’s a great human.

JAVA: That seems like it is an important factor with you, people being great humans.

BD: Well, I’ve been doing this long enough to know that if you don’t have people in your operation with integrity and self-awareness, it’s not going to work for very long. Those are the kind of people that I like to surround myself with. That’s the kind of person I try to be.

JAVA: It’s funny that a lot of people don’t seem to get that, no matter what they are trying to do with a group of people.

BD: Yeah, I don’t know. I can’t speak to what others do or don’t do. But I know that in the time I’ve been making music, most bands I’ve known have gone by the wayside. You know, being around people who are growing in the way you are growing is definitely the way we want to pass our time in life.

JAVA: How long have you been playing music?

BD: decker. started in 2009. Right about nine years ago. I’ve been playing music to varying degrees of patheticness since 1999.

JAVA: What was your first band?

BD: (laughs) I’d rather not say. I keep it a secret. It was in Phoenix. My first band was called A Vacant Night’s Sky, and it was, you know – I had some good players, but it was really kind of alternative and grungy or something. I don’t know. I’m not proud of the songs.

JAVA: Very few musicians stumble into their very first band and it just makes sense right away. You have to find those right people with a similar vision and integrity and you can hang out with in a confined space.

BD: That’s true. There’re a few versions of decker. I’m not proud of, too (laughs). 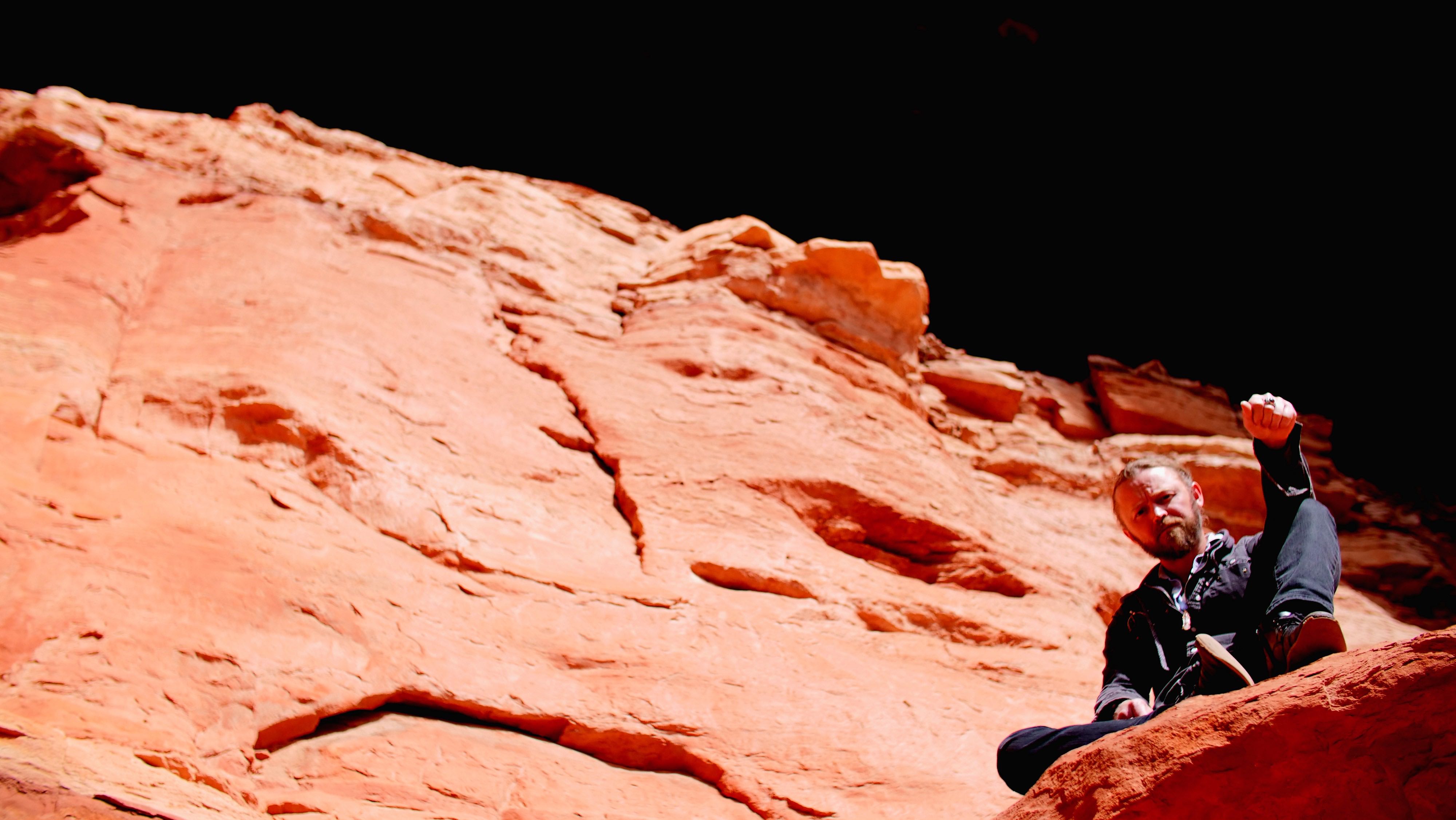 JAVA: Did you know growing up that playing in a band was going to be something you wanted to do? How did you find your way to doing live music?

BD: Once I learned how to play guitar and sing at the same time, you know, I just always loved to sing for people. When I quit using heavy drugs in my mid-twenties, I felt like I had a lot to say and I wanted to say that in songs. As I wrote those songs, I wanted to perform them, and as I began playing them live, I wanted to be able to reach the most amount of people possible. That has been my journey.

JAVA: Did you grow up in the Phoenix area?

BD: No, I’m mostly not grown up (laughs). I guess you could say I spent my formative years in St. Louis, Missouri.

JAVA: How did you find your way to the desert?

BD: Well, I had gone out to California for a few years and I wanted to finish my college. I couldn’t get in out there, so I went to NAU. I moved to Flagstaff and then when I got done there, I moved to Phoenix, but it was too hot and too sprawly. Now I just dip in and dip out, but I just can’t stand the heat or the excess shopping centers. I’m so glad to see Phoenix really coming up. It does seem to be really gentrifying now, but there is a wonderful community of artists and activists. It really has a lot to offer, but as far as a place for me to live, it doesn’t seem like a very sustainable place.

JAVA: What was the first album you bought with your own money?

BD: I believe that would be Aerosmith, Greatest Hits. I had just started watching MTV. I was coming out of second or third grade. I really liked the song “Rag Doll.” This is just brutal honesty. I probably still know every song on that record.

JAVA: What do you do to get ready for a show? How do you psych yourself up to put on a good show for folks?

BD: I’ve definitely gotten more ritualistic of late, but I like to get into some kind of meditative space. Maybe do a little yoga. Sedona definitely had an impact on me. My cohort Dante and I will burn some different incense, and I need to get away and be quiet for a while. Performing is not a real social thing for me anymore. I just feel the energy and anxiousness to perform and need to channel that prior to the show, and then afterwards just feel kind of blown out. Not to say that I have to be alone, but it’s a real emotional thing. Maybe because of the content I’m trying to create.

JAVA: What are you trying to create?

JAVA: It seems like that is a common thing among bands lately.