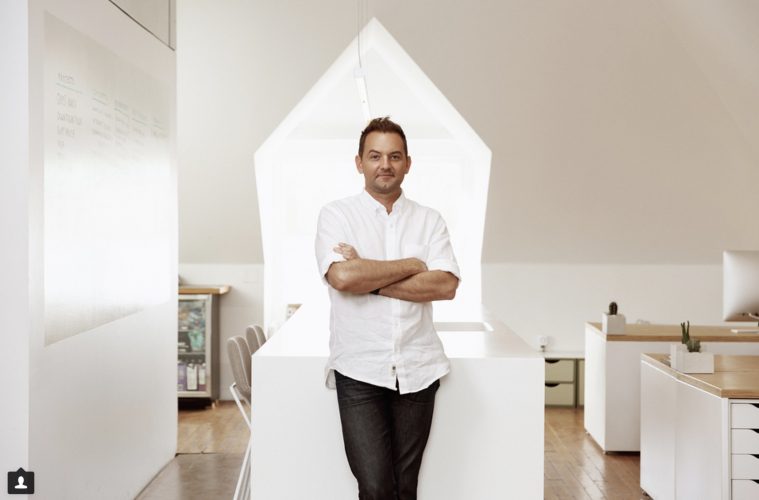 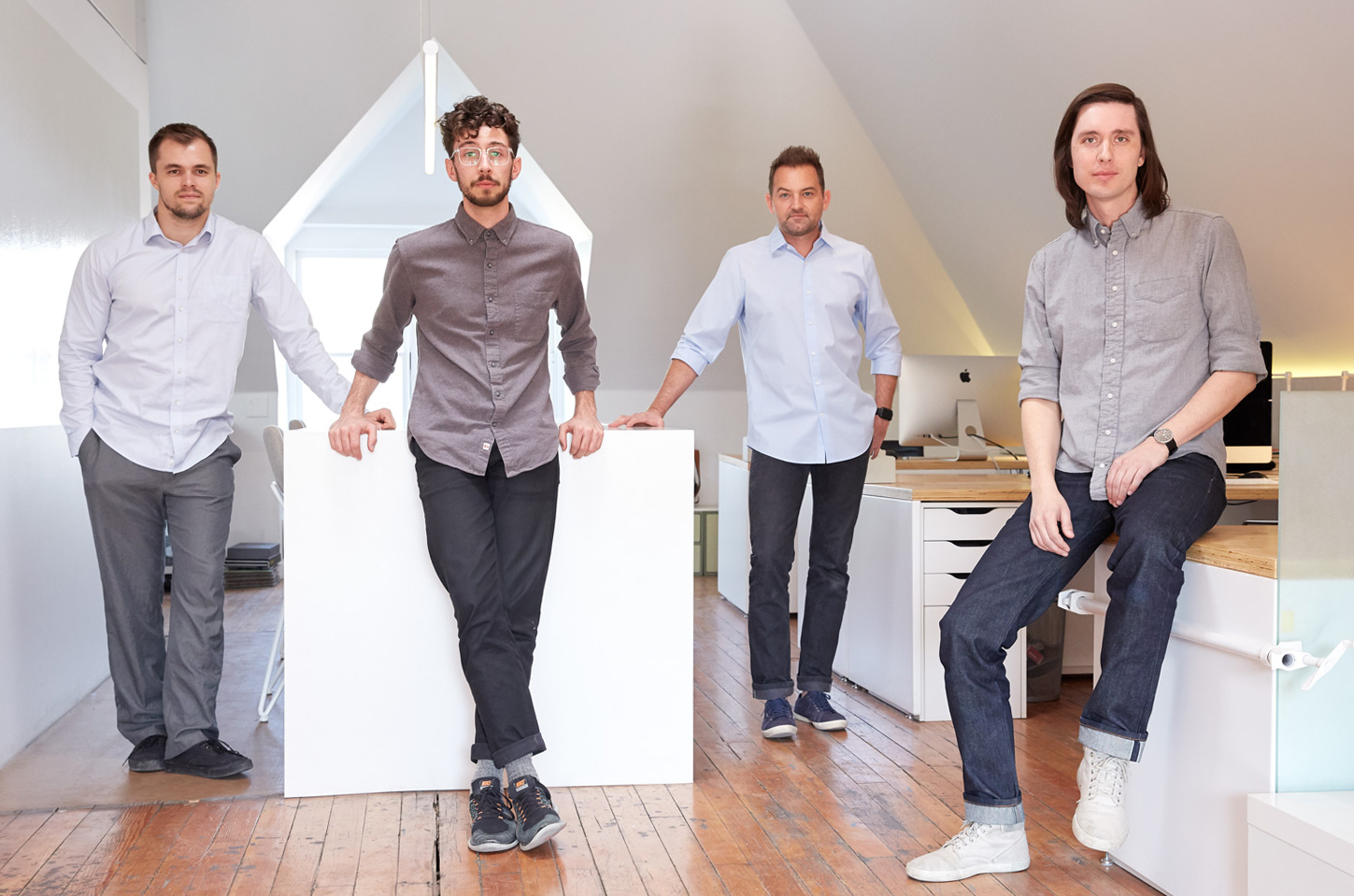 A white silo juts over a wall in the Garfield neighorhood like something out of The Jetsons. The curved metal building resembles an ice bucket that’s been crowned with a cone hat. A vertical opening in the front reveals a two-story home behind glass: a combination kitchen/living room, with a staircase winding up the inside of the silo to a bedroom. Like the Guggenheim in miniature, it eschews the boxy four-wall structures we’re accustomed to for circular rooms filled with curved, custom-designed fixtures.

The Silo House looks and feels futuristic, like the kind of tiny home that bourgeois colonists would build on the surface of a terraformed moon. But this building came from much humbler, earthbound origins. It was once a mid-century grain silo. But that was before architectural designer Christoph Kaiser came along and turned it into the state-of-the-art Silo House for himself and his former wife. 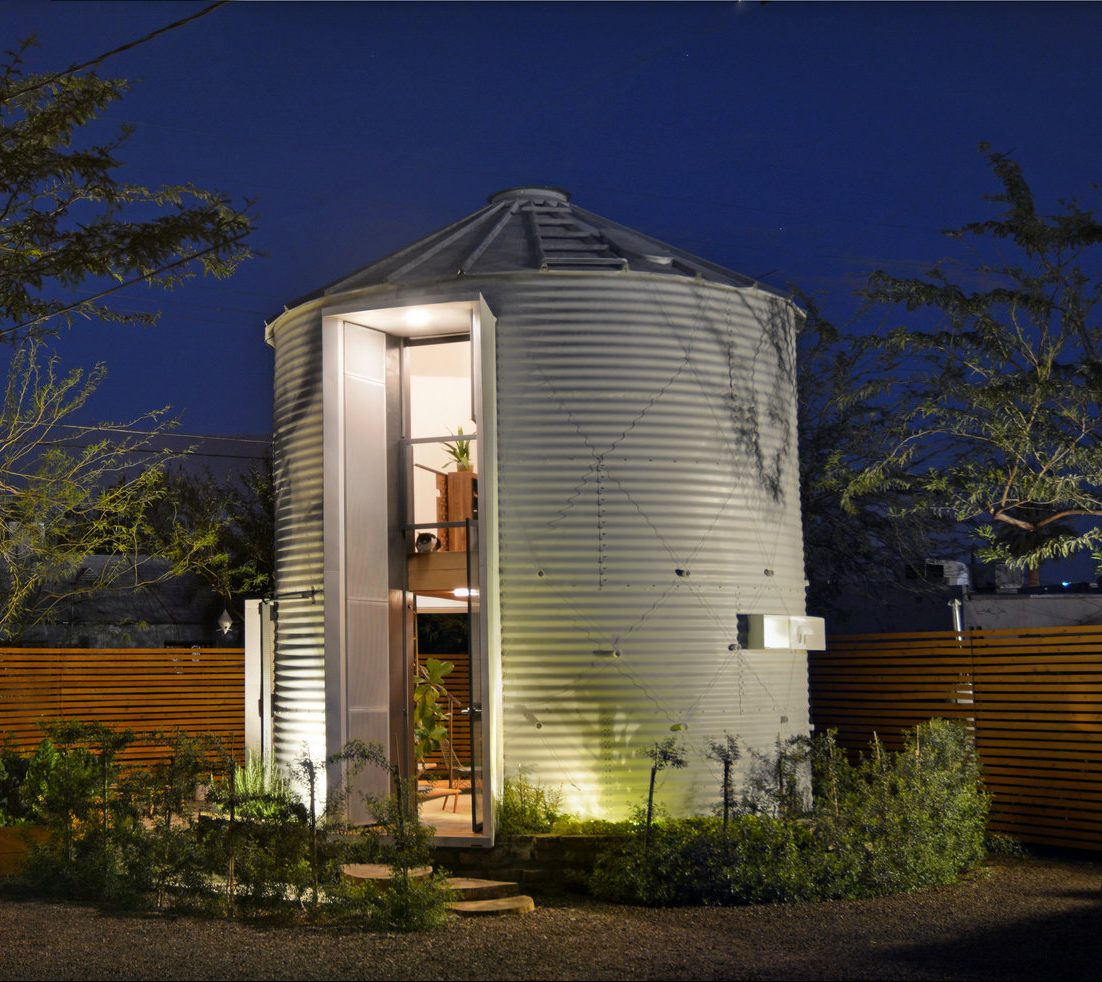 That ability to look at a decaying industrial silo and see a comfortable home inside is one of the secrets to Kaiser’s success. Whereas so many people are eager to knock down Phoenix’s past to build the future, Christoph is finding creative ways to make them coexist within the same space.

“Design constraints are a welcome thing to me,” Kaiser says. “I think architecture becomes interesting when potentially autonomous forms rub up against other things. Whether it is elements or historic contexts, like a ancient cathedral sitting next door to a modern museum – richness is born out of that.”

A one-man encyclopedia of architectural knowledge, Kaiser tosses off a reference to a Richard Meier–designed museum in Germany to put a bow on his point. “It’s next to a historic cathedral. You can’t walk past something like that without being jarred by the juxtaposition of old and new. It creates a tension that is evocative and speaks to people because it is so powerful.”

For anyone who’s spent time working and playing in central Phoenix, Kaiser’s work has spoken to them at some point. Christoph’s firm, KaiserWorks LLC, has been quietly and steadily altering the face of central Phoenix: redesigning elements in the Garfield neighborhood, including the new home for Welcome Diner on Pierce St., the Undefeated clothing and sneaker boutique next to Lux Coffee, and Changing Hands Bookstore’s Phoenix location. These are just a few of the local projects that Christoph and his team at KaiserWorks (Mark Lewis, Trevor Kowal, Drew Scharnitzke, and John Davis) have masterminded over the years. 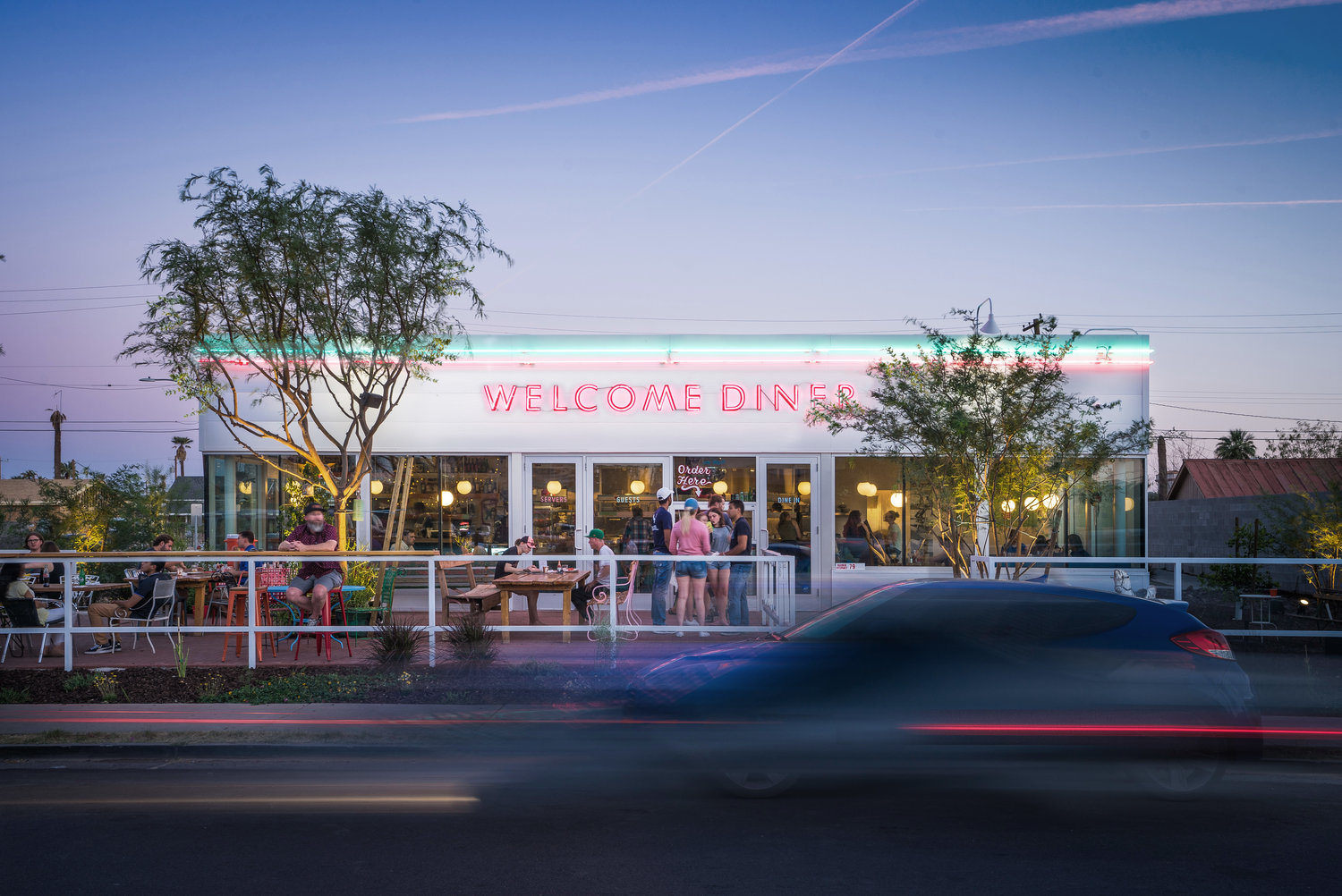 While Kaiser and his team are quickly leaving an indelible mark on the Phoenician landscape, the architectural designer wasn’t always set on putting down roots in Arizona. “When I left Phoenix to go study in Boston [at Harvard University] and Germany, I didn’t think I would be coming back to work here,” Kaiser says. “I thought, okay, this place is not on the cutting edge of things. It’s just not. Our finger’s not on the pulse of culture and art here; we didn’t even have a downtown core to speak of at the time. We didn’t have urbanity.”

It was while Kaiser was doing interviews for work in Germany, San Francisco, and New York City that he started to realize the potential of Phoenix. “New York is a city whose story has been written,” he says. “It already has a very strong identity. Any kind of jobs I’d be working on there would be smaller infill projects – cool bars, maybe, or furniture showrooms and such.”

Phoenix’s lack of history and culture ended up becoming a major reason for Kaiser’s decision to hang his shingle here, because the city represents a sort of blank slate where people with vision can still leave a mark.

“The thought of coming to Phoenix, to a place where I actually would be needed and could become a player in the field, was immediately attractive to me,” Kaiser muses. “Design can be an insecure endeavor, in a way. I don’t like having to explain to people why my profession is justified. It’s nice in Phoenix because most people recognize the need for designers, for people that bring vision to the city. Because if it’s left up to number-crunching developers, we get horrible spaces. And I think a lot of people see that if it’s not done well, you end up with places that people really don’t want to spend time in.” 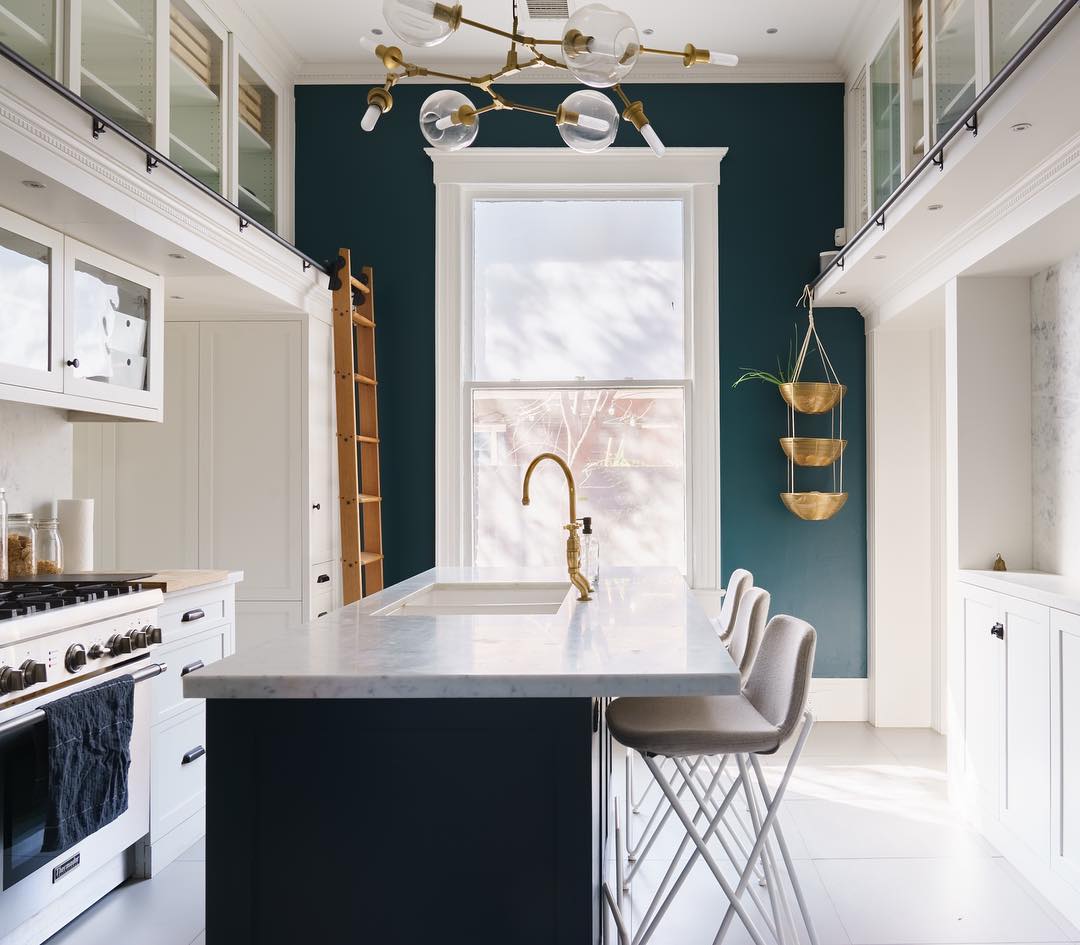 Part of what drew Kaiser to become embedded in the Garfield neighborhood – where his home and studio are located – was that it was a part of town that hadn’t been ruined by those number-crunchers yet. In a recent interview, Kaiser said of Garfield: “I discovered buildings with soul, buildings built by hand before developers perfected the art of building houses as cheaply as possible and then cosmetically jacketing them with stucco and faux materials to make them look like something they are not.”

That desire to preserve the original spirit of a building is central to Kaiser’s practice. It’s one of the principles behind his “Mullet Modern” approach to design: “Conservative in the front, party in the back.” The shell of an old structure like the grain silo is preserved while the inside and its surroundings are transformed into something bold and forward-thinking.

Kaiser didn’t always want to study architecture. As a child, he had a deep interest in both science and the arts. “I was fascinated with everything phenomenological,” Kaiser says. “The sun, the wind, how the elements of the earth built structures. But I also had a proclivity for art.”

Initially studying to be an industrial designer in college, Kaiser quickly pivoted toward architecture. “I always wanted to make things that people use: something that has utility, but that is also beautiful.”

One artistic method that cast a particularly strong spell on Kaiser as a student was the hand sketch. “The ability to capture three-dimensional space with a hand sketch really appealed to me,” Kaiser says. “Seeing that you could capture the form of a bird with a few lines. To sit in a room and draw a space with pencil and paper was just an amazing skill to me because it’s a two-part thing. You sketch the space you see, and then you sketch what you want to apply to that. It could be a drawing of a city intersection or a vacant lot in front of you. You sketch the intersection and then follow suit with whatever building you are designing for that space.” 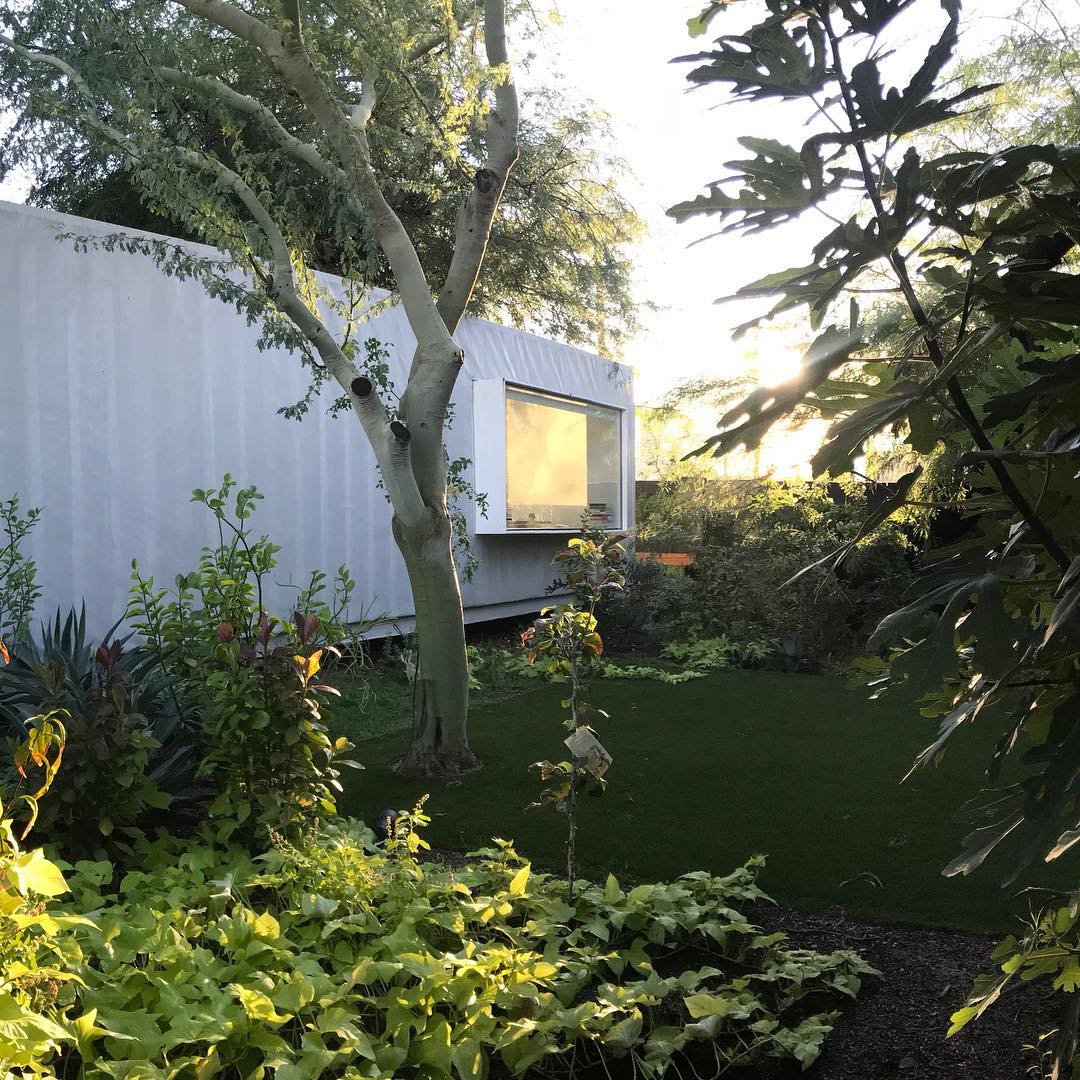 When it comes time to fill that empty space, there are two core concepts that Kaiser comes back to time and time again. “There has to be an integrity there,” he says. “Building a wood frame house and then putting plastic elements on it so it looks like a castle is dishonest and horrible, like building a stage set. It has no soul. It’s like talking to a superficial person who is putting on a facade. You’re not connecting with the soul of that individual. You’re seeing this other thing they’re putting out in full force. Architecture is the same way: That what it is, is what it is.”

Kaiser is also fond of playing with what he calls tofu. “I have an appreciation for these pure white forms,” he says. “Because it becomes about light and shadow at that point. If it’s a pure form, you’re looking at how light plays off the object. It’s like tofu to me. This material that takes on whatever form or flavor you give it.”

That appreciation for pure form ties back in to Kaiser’s Silo House. “Once you walk inside, the game changes. Outside is this white cylinder, but you walk in and now you’re encountering black leather and walnut and it becomes much more haptic, tactile and warm.” 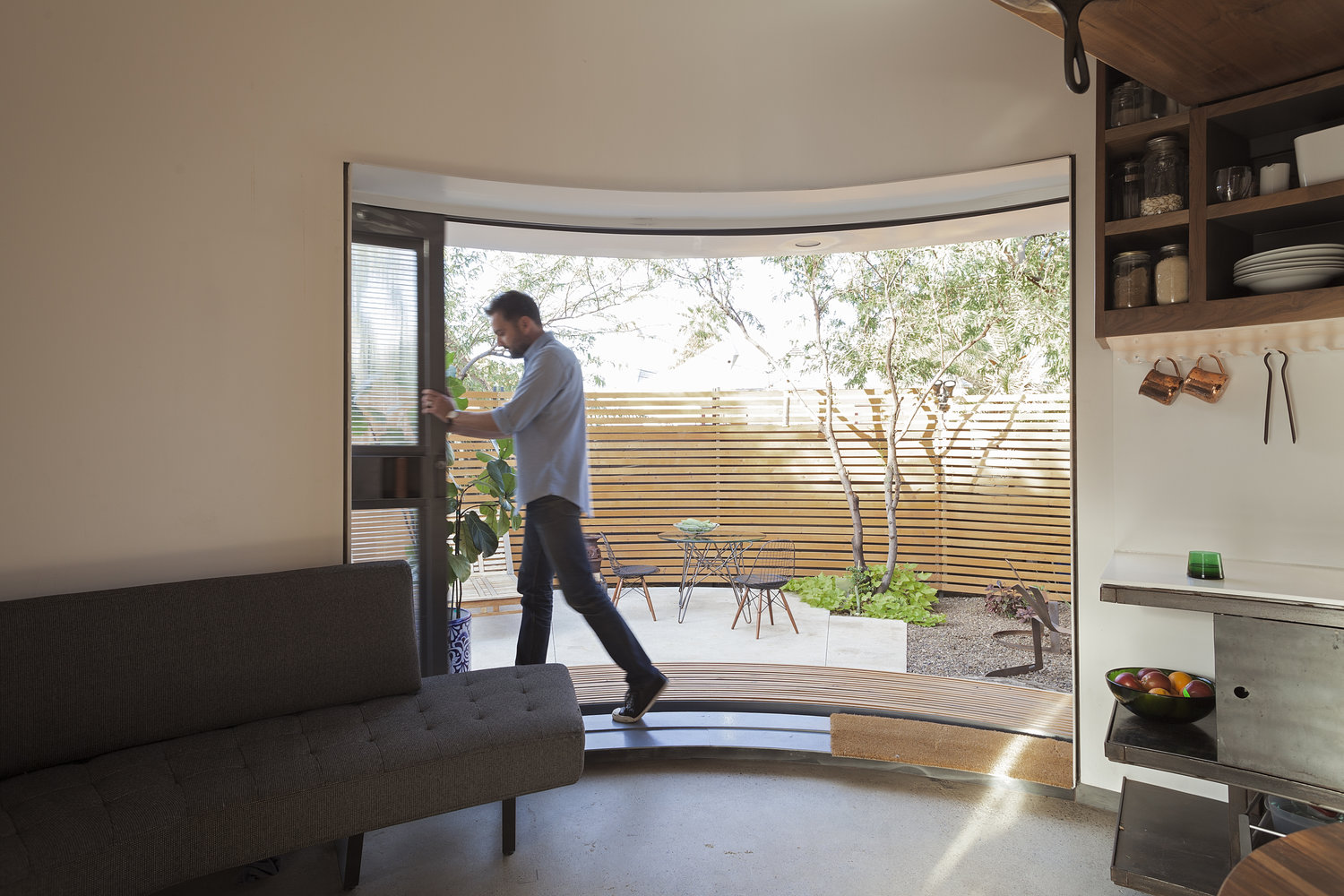 That interest in contrasts also informed Kaiser’s approach to designing the Changing Hands Bookstore in Phoenix. “There’s so much merchandise there. You’re swimming in this sea of almost white noise, like every book is a different color of the rainbow. Just this cacophony of stuff. So the First Draft bar, the large chimney and the point of sale areas act as counterparts – these recognizable moments within all of that.”

Much like the old medieval craft guilds that gave birth to the Freemasons, Kaiser also sees a spiritual dimension in the art of architecture. As a designer, he looks out at the universe and sees something that bears the hallmarks of being crafted.

“It strikes me as being purposeful,” he says, reflecting on the nature of the world. “It’s so tremendously uncanny. We have this periodic table that lets us build silicon wafers and computers. We can also build bombs. This whole thing is like a playground for the human imagination. That doesn’t strike me as accidental.” 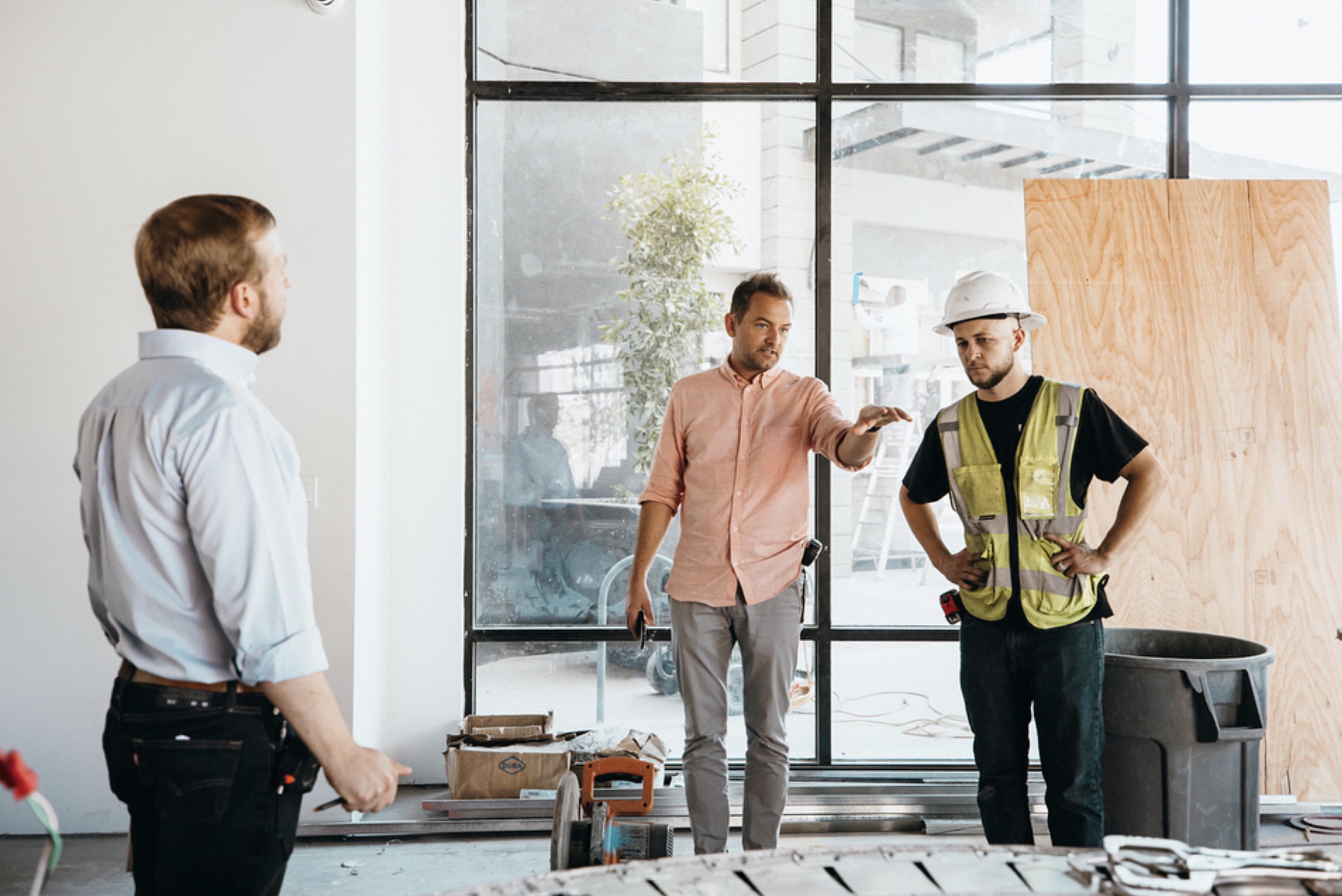