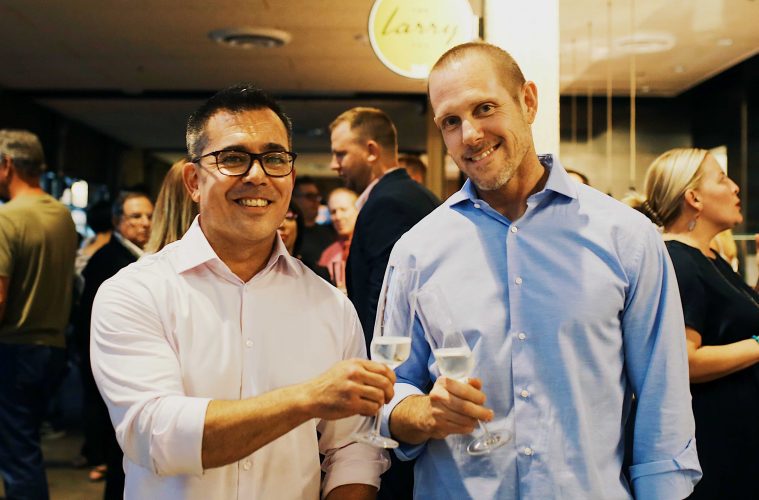 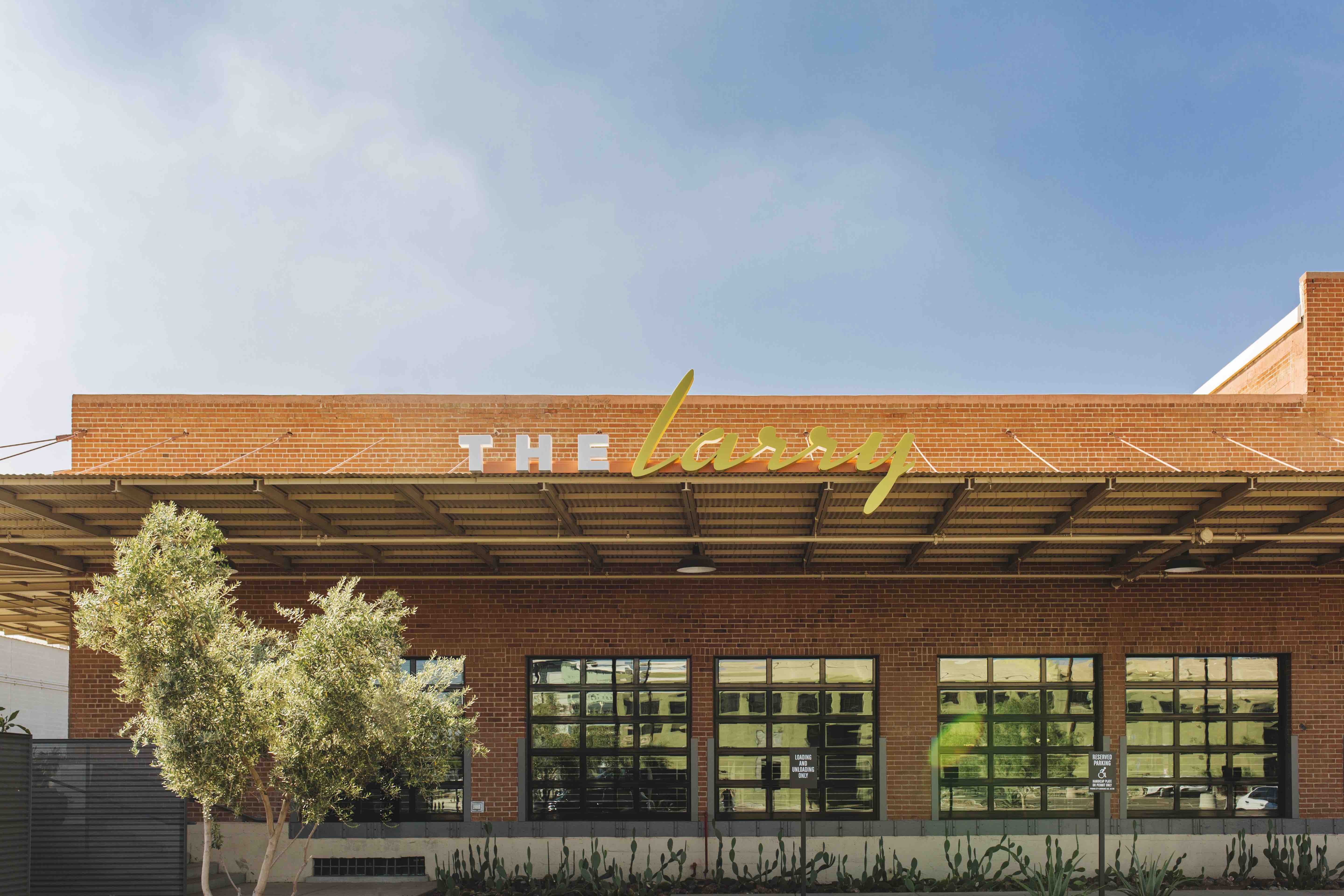 Phoenix continues to burst at the seams with new dining establishments. The target market for brick-and-mortar ventures has grown well beyond Roosevelt Row toward Grand Avenue and is reaching further, crawling up Central Avenue, inching east into the Garfield neighborhood and even creeping south into the warehouse district.

One of the newest downtown Phoenix eateries, The Larry, is situated inside the Lawrence Building (also home to the Galvanize Center for Entrepreneurship) on Grant Street in the otherwise austere historic warehouse district. The district is primarily a hub for office space – housing forward-thinking companies like WebPT, ad agencies, design firms and the like, but certainly not known as a dining or entertainment destination.

Owners Kyu (pronounced “Q”) Utsunomiya and Troy Watkins first opened Be Coffee + Food + Stuff in the small café space inside monOrchid Gallery. The coffee shop has been in operation since 2014. Within a year, Utsunomiya and Watkins began working on their next concept, converting the adjacent Dressing Room, an old performance space and tiny music venue, into the Dressing Room restaurant. They added on a front and back patio and built a full kitchen. The Dressing Room has been in operation for almost two years. During that time, Utsunomiya and Watkins have been hustling – getting one project off the ground and then immediately dreaming up the next. 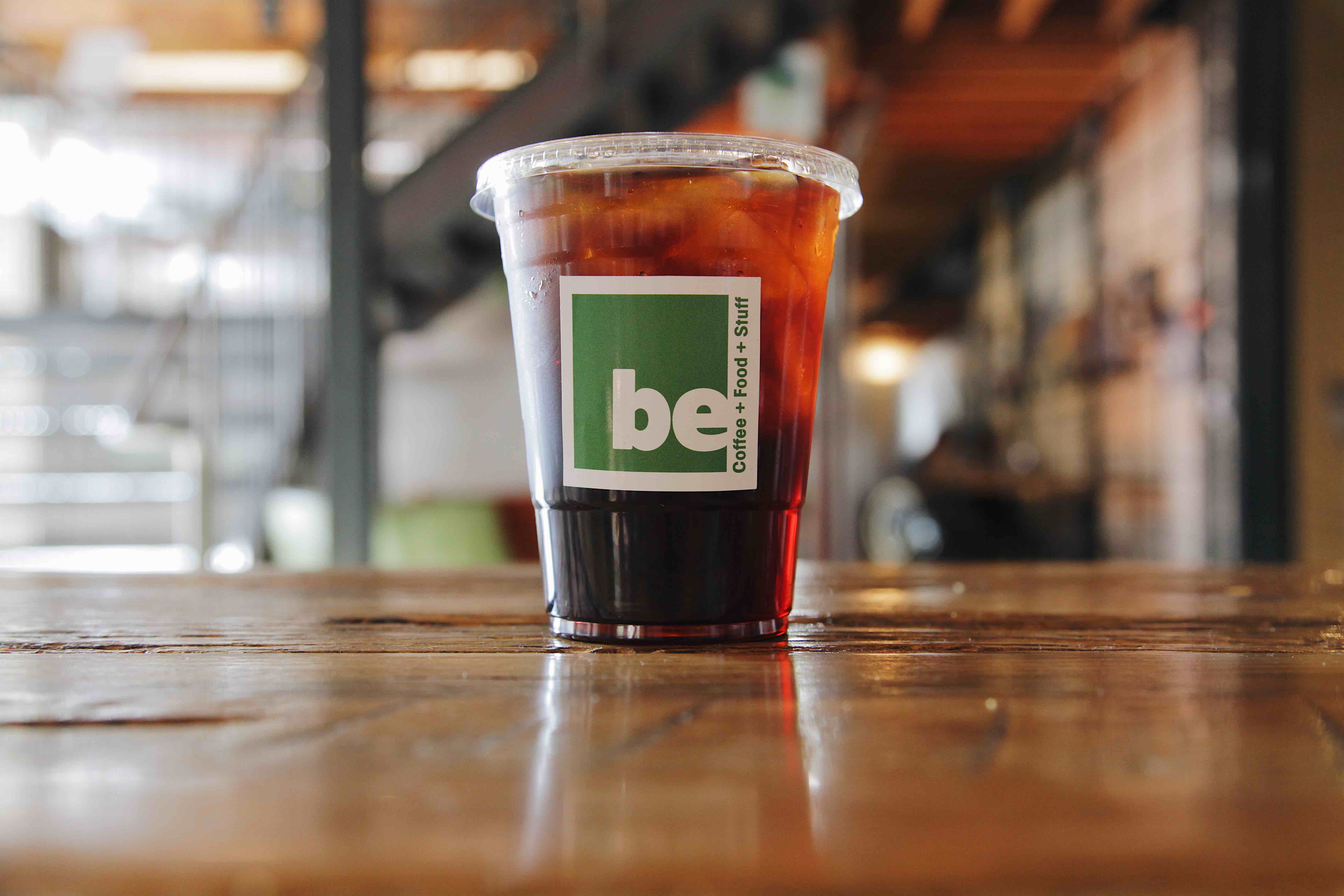 But Utsunomiya says that being so, so busy (almost too busy for a quick interview) is a good problem to have. Their new concept, the Larry, was built out and opened earlier this summer; it’s the third brick-and-mortar under their Conceptually Social umbrella. Utsunomiya and Watkins will maintain their business headquarters at monOrchid. Utsunomiya says, “As much as we continue to grow, Be Coffee and the Dressing Room are still fundamentally our flagships.”

Their catering company, also called Conceptually Social, was created in conjunction with Dressing Room. The team found that when it came time to make food for larger-scale social gatherings and other corporate events at monOrchid and elsewhere, there was simply not enough kitchen space available, so they had to expand. Then their catering company landed the contract to serve lunches at the Phoenix headquarters for Uber, and the rest is history.

The Larry was another big jump for them. “We went with almost triple the size menu from the Dressing Room,” Utsunomiya says. Dressing Room has a limited selection of what the kitchen can produce because of its small size. Daily, you can find 12 items at most at the Dressing Room, but they are now offering 30-plus menu items at The Larry.

Another bonus is that they can support in-house catering at The Larry, whereas with Dressing Room, they always had to use their big-sister catering space. “We have to be a bit more corporate with The Larry, but we can be a little looser and more ourselves at Dressing Room,” Kyu says. “Our corporate catering has grown to the extent that we are often feeding upwards of 1,000 people per day at the Uber offices and elsewhere,” he says. 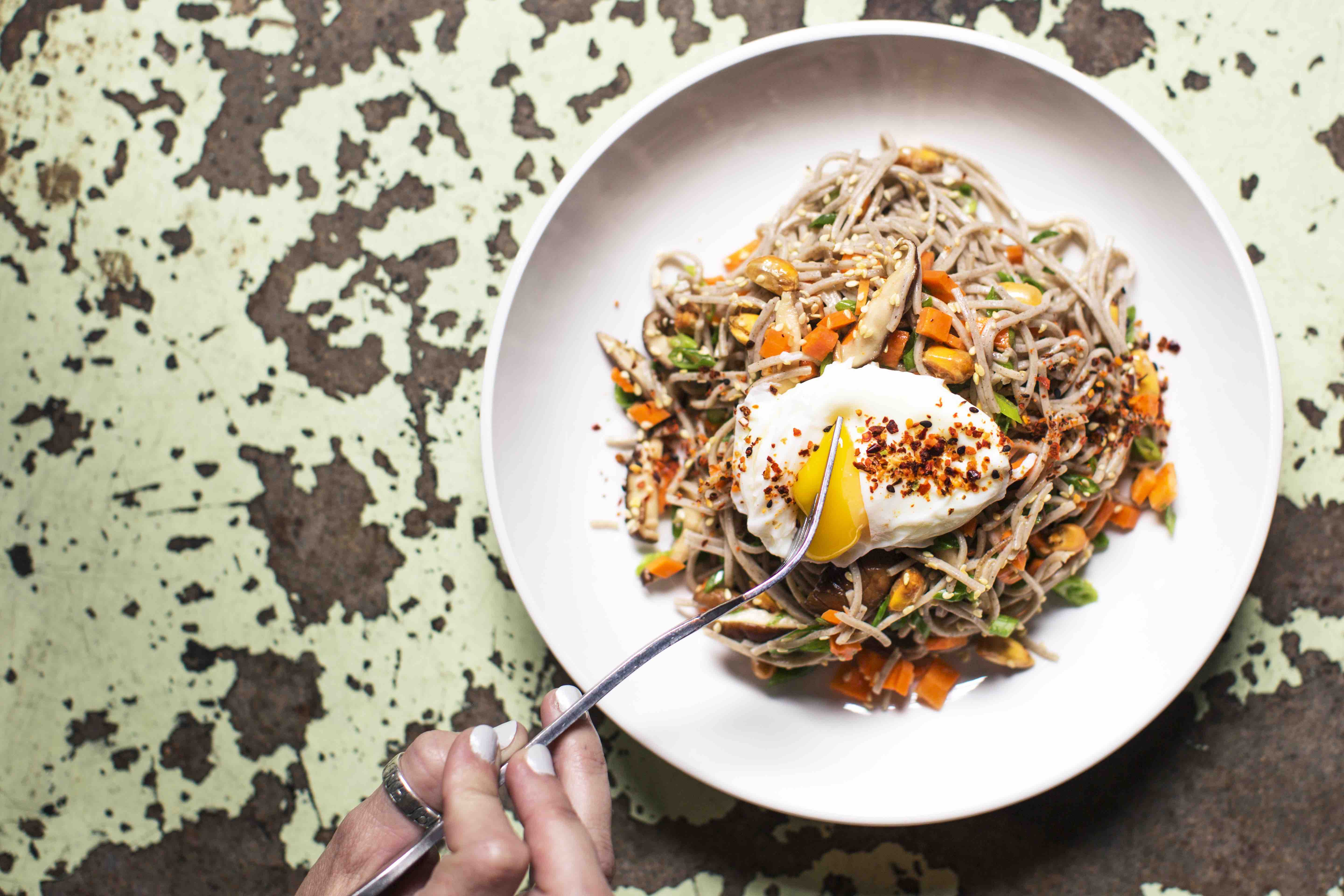 Clients such as Uber provided them with exposure to the tech world growing in downtown Phoenix. The area is quickly attracting more tech startups. In addition to their big client base at Uber, Utsunomiya says Indeed is present in downtown, as is Zillow. “As we were building those relationships and making the dailies, we discovered a gentleman named Mike Cowley,” he says. Cowley not only built them a new catering kitchen but also introduced them to the Lawrence building. Cowley owns a lot of the downtown warehouse buildings, including the addresses that house WebPT and Galvanize, the tech incubator and collaborative workspace. Galvanize also has a 200-person amphitheater available for companies and clients to rent out.

“Galvanize really targets tech innovators; for example, Zillow is in there. Banner Health, too,” Utsunomiya says. Galvanize provides meeting and workspace for different corporate clients and puts on about 30 events per month. A few months ago, the Obama Foundation rented Galvanize for a few days for blockchain and tech training, Kyu says. Conceptually Social was able to connect those days of training downtown to hosted events at monOrchid Gallery. 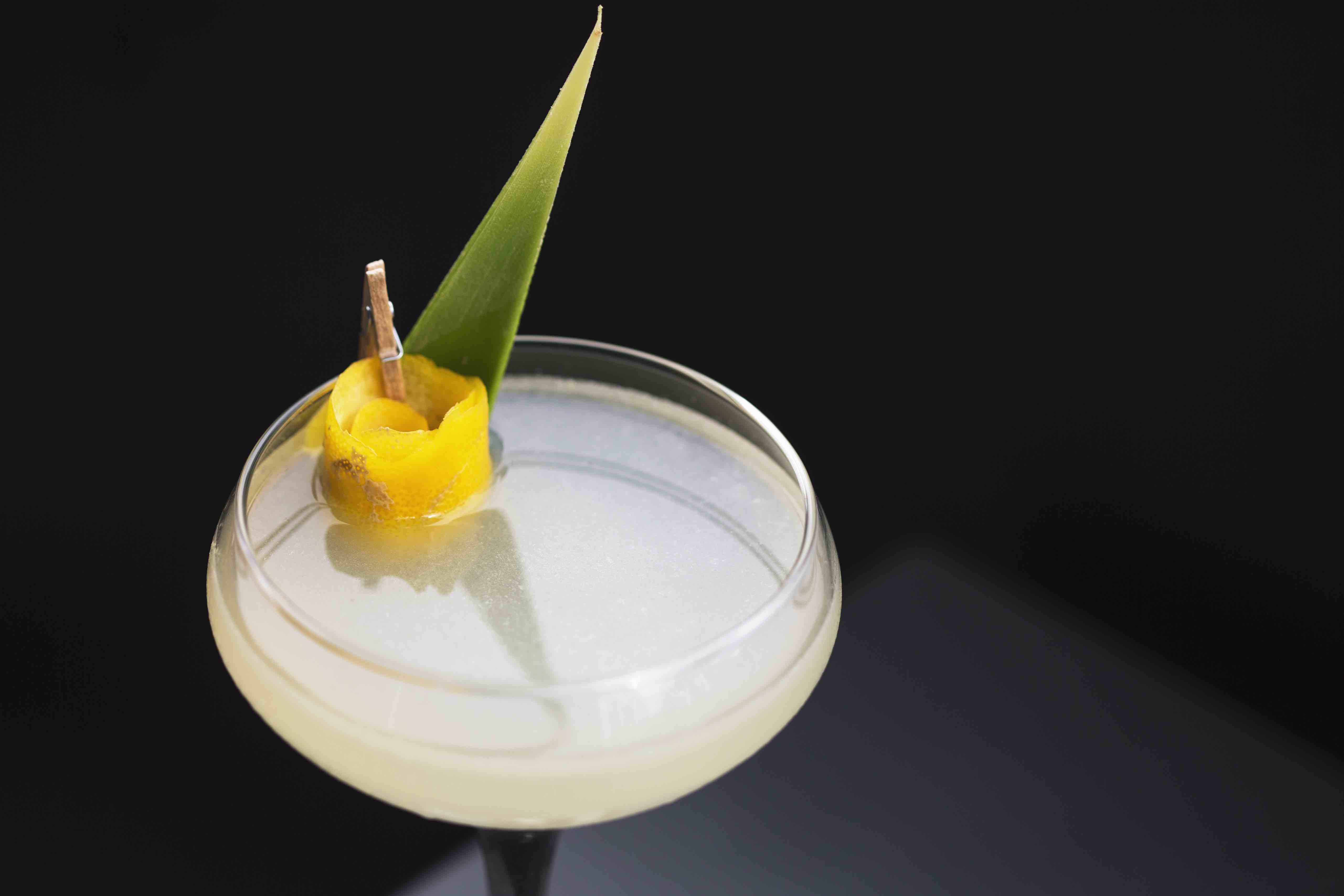 Through his warehouse district connections, Utsunomiya has also connected with Willie Itule Produce, a local purveyor that has been around since 1979. Further, Conceptually Social and its entrepreneurial founders began to meet future clients. Then, The Larry was born. “What we saw was a venue (or really a neighborhood) that would allow us to grow our concepts and have strategic catering because of its proximity to these tech companies. I don’t see us going away from Roosevelt Row, just growing our roots a little deeper,” Kyu says.

At The Larry, Conceptually Social envisioned a larger-space, full-service restaurant and catering company that could do all the things they wanted but couldn’t do previously due to space constrictions. “With The Larry we wanted to create a place for coffee, breakfast, lunch, grab-and-go and a full-service bar with edgy cocktails and ten handles of beer,” Utsunomiya says.

The location is great because they are hitting an area that is practically a dining desert. Their closest neighbors are The Duce, Lo-Lo’s Chicken and Waffles and the Tee Pee Tap Room.

Utsunomiya says that as far as menu variety goes, The Larry is focused on salads, sandwiches, sushi and grab-and-go items. At present, it seems that strong efforts are being put on lunch, however they do offer breakfast items all day. “Guests can walk over from across the street, get a bánh mì sandwich, a pizza or some of our wonderful vegan selections,” he says. 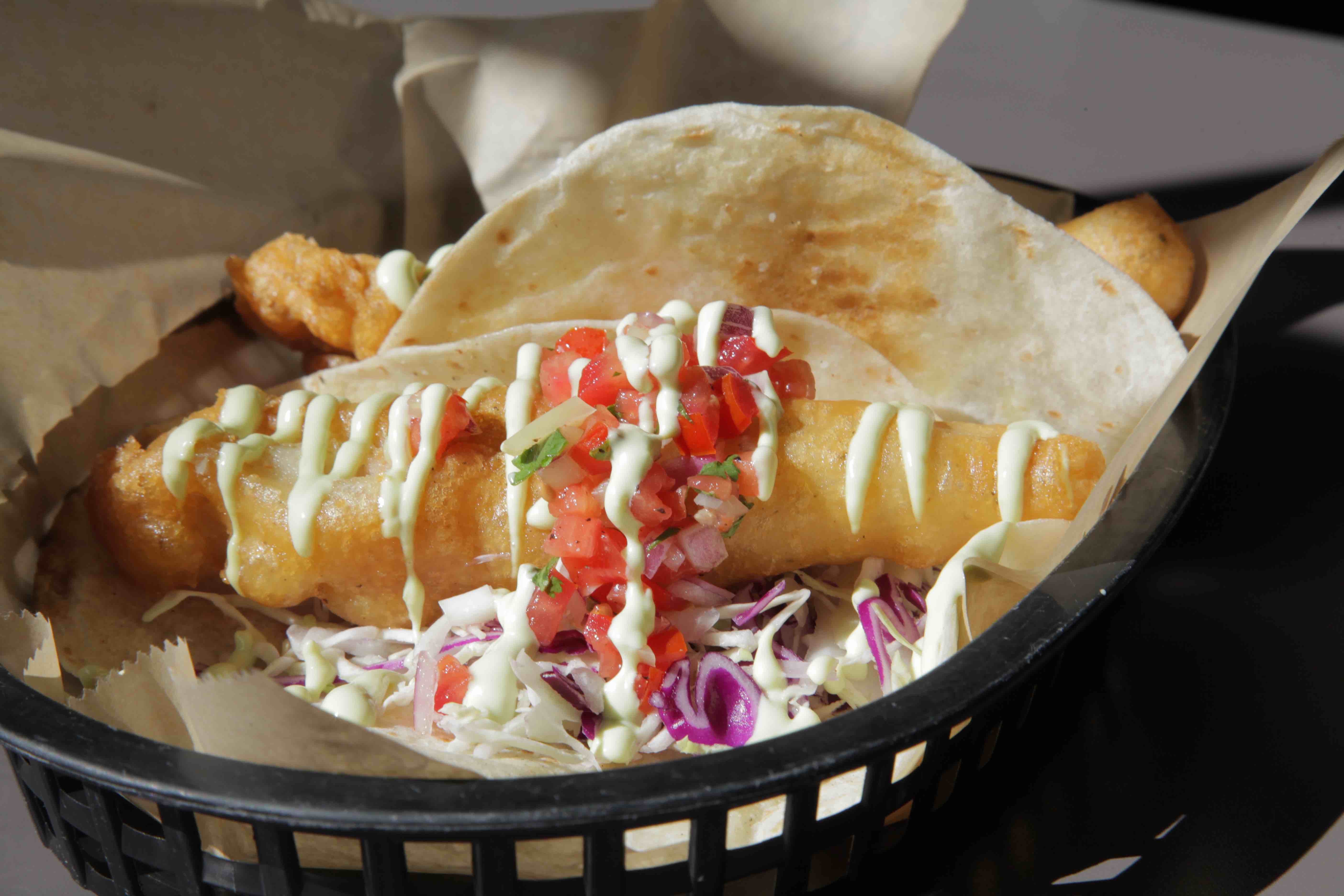 As the warehouse district grows into a buzzing commercial area – it’s not all collaborative workspaces – Galvanize has that covered. “Within the Lawrence building, Galvanize is that disruptor that brings a lot of acknowledgment of the tech industries out here,” Kyu says. Conceptually Social’s restaurants are seeing more daytime corporate employees due to the number of businesses that have relocated downtown from Scottsdale and other areas

“Scottsdale Galleria still has space and is growing,” Utsunomiya explains. But businesses are catching on that the warehouse district has a lot of potential due to its proximity to business and civic services, ease of getting to light rail and increasing availability of housing. Utsunomiya also mentions that Uphold, a new company from the Pacific Northwest that does cyber-currency trading, has moved into the area. “There is just a lot of excitement [here now],” he says of the area. Former mayor Greg Stanton was recently on-site, and the space also recently hosted the Arizona Diamondbacks organization. 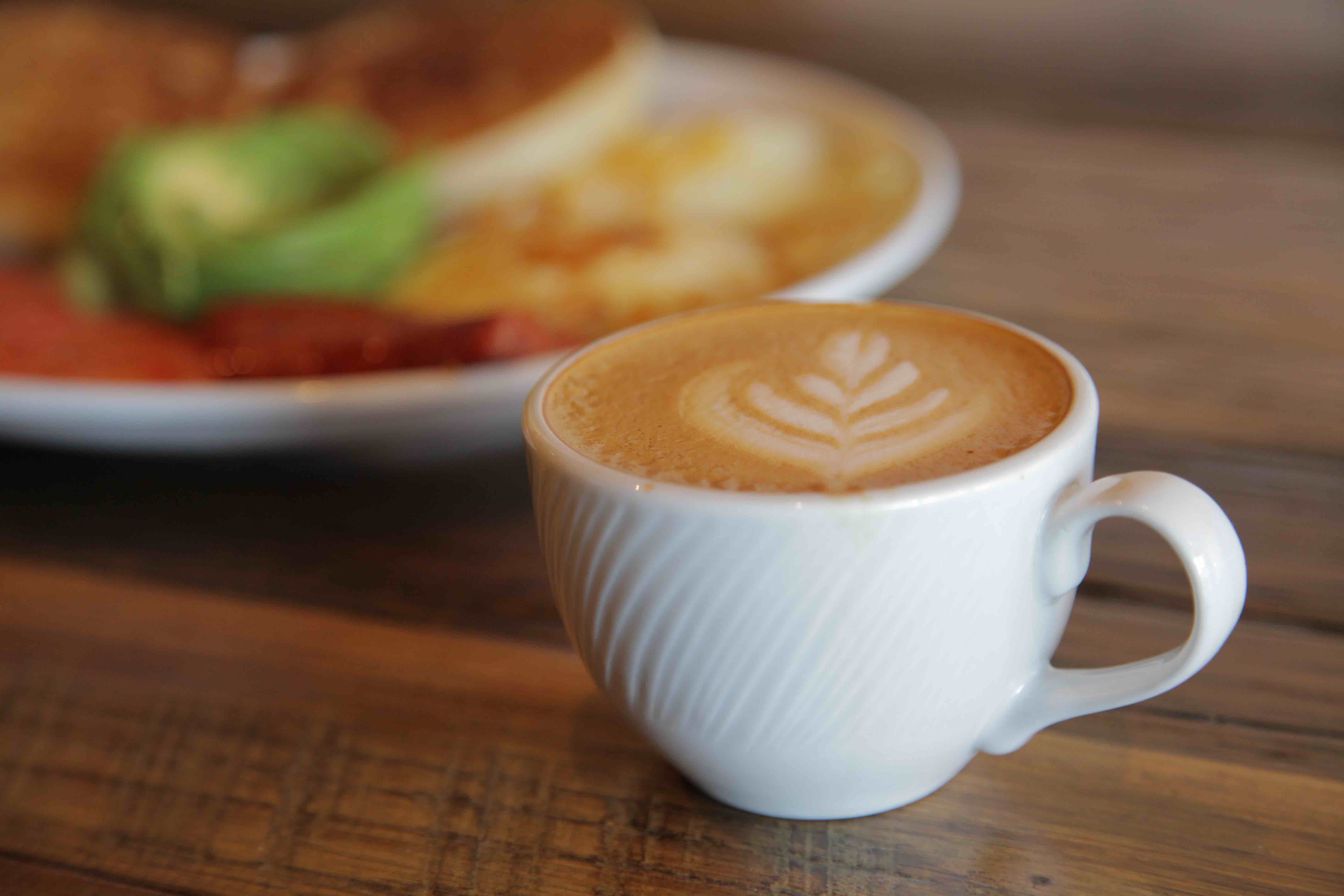 Another perk of The Larry is that the restaurant and catering company is able to occupy the entire lobby of the Lawrence building, plus covered outdoor areas including a nice patio. This has allowed them to take things in a different direction than previously imagined. Lately they have been hosting some rehearsal dinners and are even getting requests for weddings. “We’re not pigeonholing ourselves into just being a neighborhood restaurant. We would love to be everything to everybody downtown.”

“For The Larry, we are working on some programming in conjunction with the neighborhood, Galvanize and WebPT – promoting our happy hour special $5 menu of craft cocktails and pizzas,” Utsunomiya says. He also wants to bring more attention to their breakfast offerings and envisions a one-stop location where someone can grab a coffee, lunch or take advantage of a breakfast menu that lasts all day. They are putting the feelers out, but Utsunomiya says if it seems viable, there may soon be Saturday brunch.

The Larry may get some quick help in these full-service, all-day restaurant dreams, as plans have recently been shared for two proposed residential communities south of Jackson. It appears more than 600 new housing units will be coming soon. 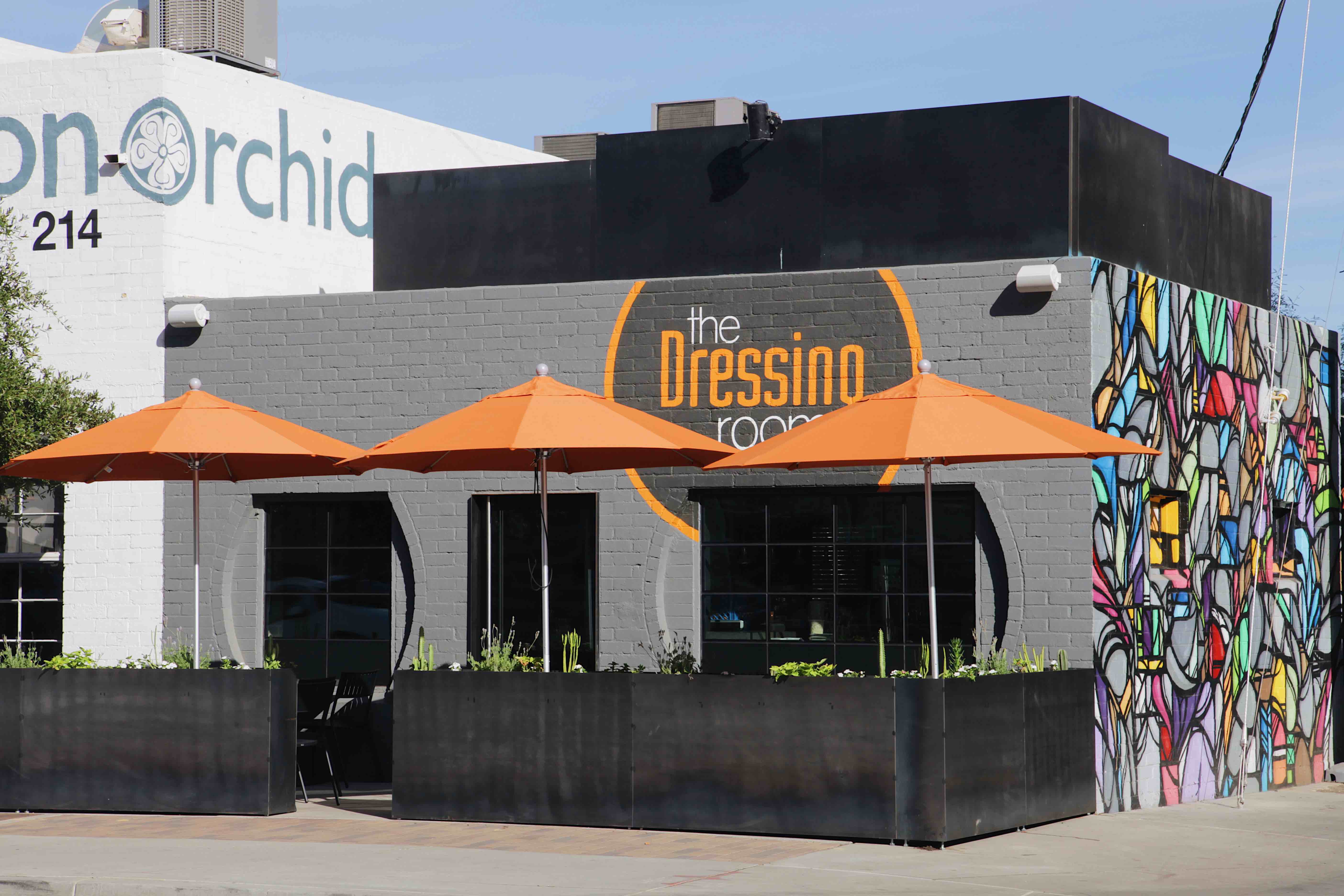 Back at the Dressing Room, Utsunomiya spent the latter part of September collaborating with BTS Event Management, True North Development and members in the collaborative workspace at monOrchid to host a massive event, the BTS “The Dream” fashion show that happened Sept. 26. Conceptually Social handled all the catering for a fashion show of very sophisticated bridal wear.

Conceptually Social has also been hired to run the catering for Noche en Blanco (Phoenix’s grand white party) at Hance Park, the last Saturday in October (the 27th). To raise funds for the Hance Park Conservancy, a picnic-at-the-park element will be hosted by the Dressing Room. The Dressing Room’s executive chef, Malone Deever, who has been with his company for over a year and a half, will work the event. He has also brought in chefs Justin Beckett (Beckett’s Table and Southern Rail) and Aaron Chamberlin (St. Francis, Phoenix Public Market, Ghost Ranch, etc.).

All the proceeds from tickets and on-site food and wine sales will go to the Hance Park Conservancy foundation. Utsunomiya says they are expecting 1,000 people this year.

The Larry is located at 515 East Grant St., Phoenix, and is open Monday through Friday from 7 a.m. to 8 p.m., serving breakfast, lunch, dinner and cocktails. For more information, visit http://www.thelarryphx.com/ or follow #FriendsofLarry. 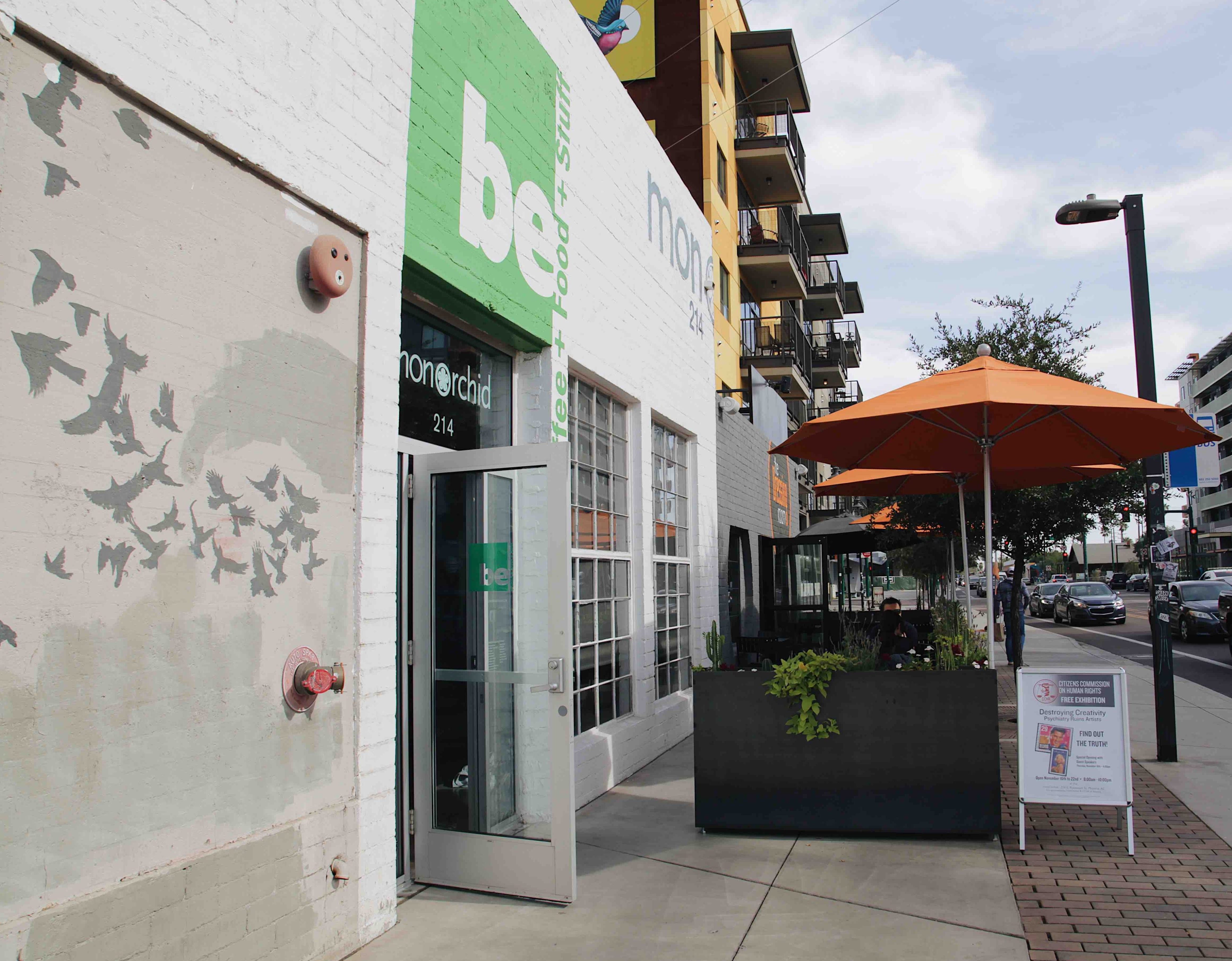