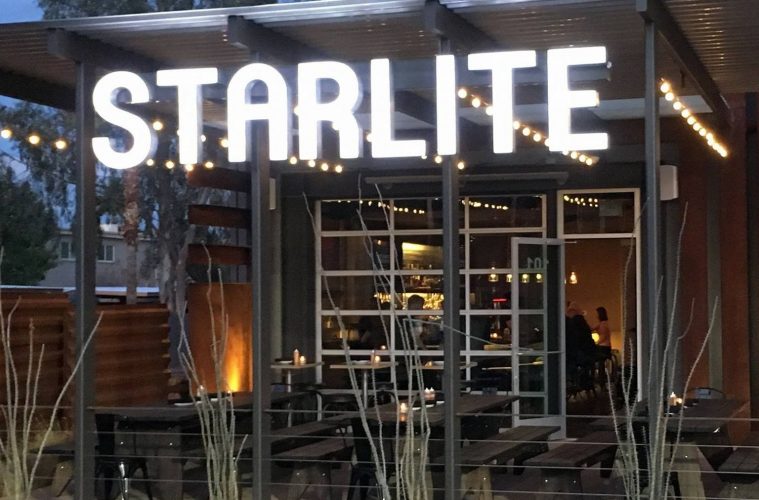 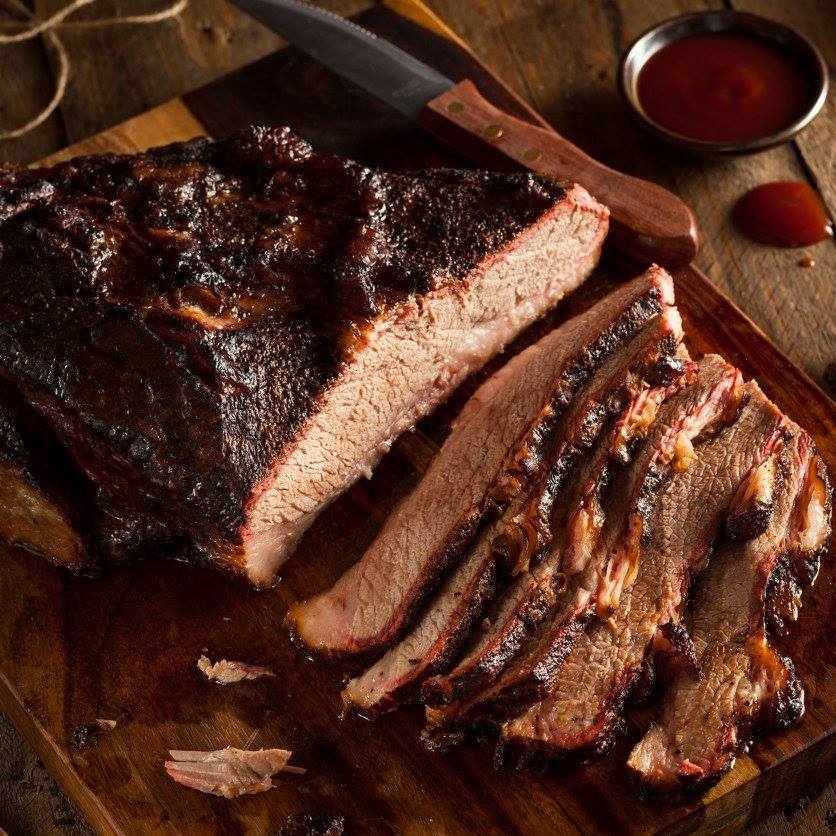 There is no more divisive a cuisine than BBQ. Nearly every region has its own take – dry rub or mop sauce, hardwood or charcoal, pork or beef – the iterations and potential for arguments are legion. Starlite BBQ, the newest venture from a handful of those from the well-respected dining compound that is Ocotillo, could change that game. In my opinion, their mashup of flavors, sauces and strategy just might give us our own version and regional take: Southwestern BBQ.

Located just north of a Subway in a strip mall that houses a Fry’s, Starlite BBQ is presently an unmarked presence. I’ll admit, I hoped that the visual cues from the deft hand that designed Ocotillo would provide enough crumbs to find the joint – they did. Think open, airy and lots of desert-modern rusted steel. The literal wall of live ocotillo cacti out front should tip you off that this is the place. 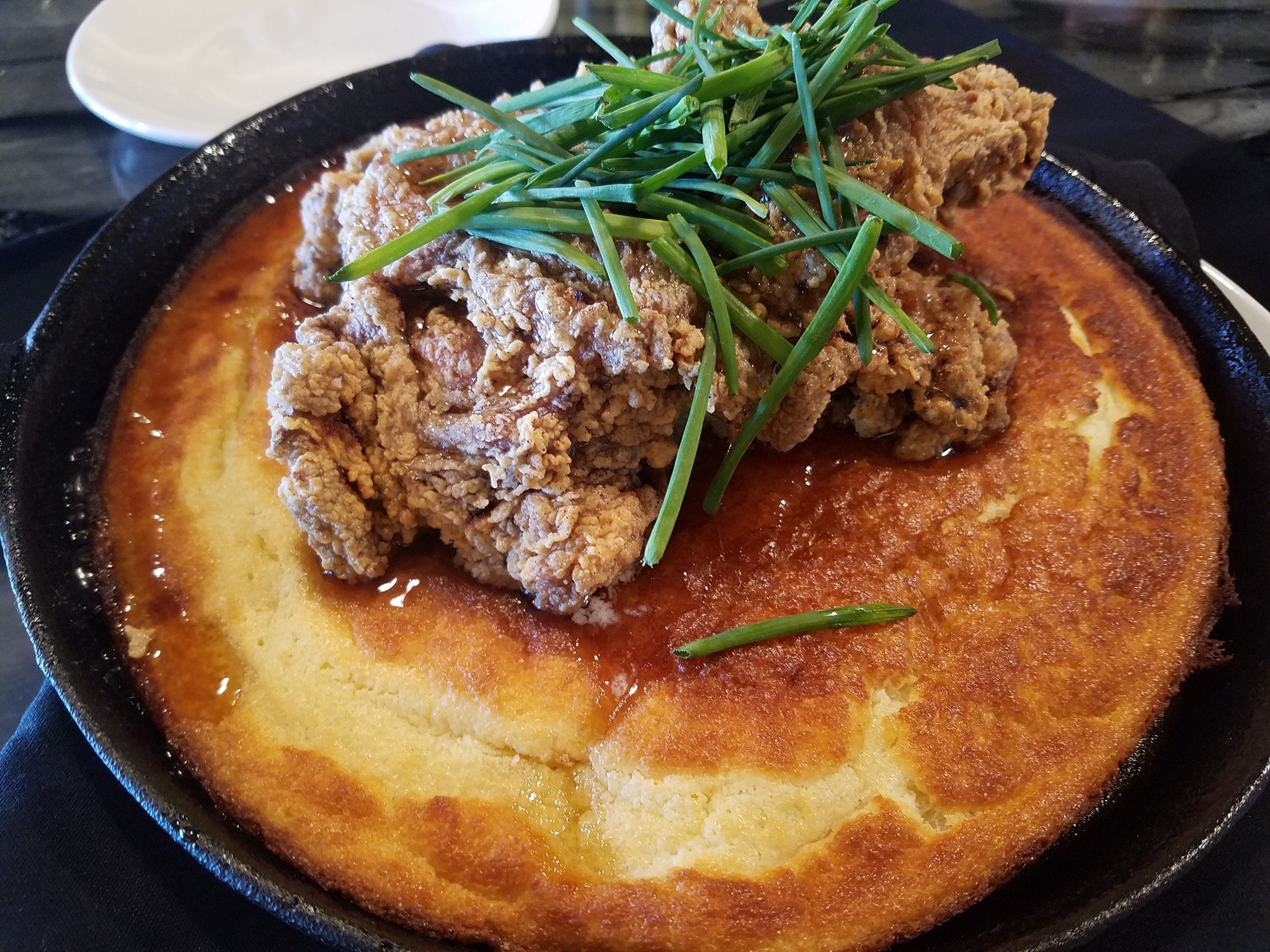 Starlite BBQ is sort of like the inside of a whiskey barrel, with loads of smoky wood for character. And given the beverage program, that seems like a reasonable take. Expect loads of whiskey and bourbon flavors.

There are lots of surprises at Starlite BBQ, like the impressive McClendon’s Farm Organic Veggies ($12), an enormous board loaded with a wide array of fresh seasonal veggies (French breakfast radishes, colored heirloom carrots, romanesco, etc.), house-made pickled veggies, a massive dollop of impressive pimento cheese for scooping and a ramekin of green goddess dressing for dipping. So ethereally tasty, we referred to this as our palate cleanser between forkfuls of spicy BBQ.

Leave it to the team from Ocotillo to slay the cauliflower. The Grilled Cauliflower ($8) with crispy black-eyed peas is smoky and sublime, with more green goddess dressing layered on. Who knew black-eyed peas could go crunchy? You’ll be begging for dishes of these as bar snacks (pretty please). You’ll also love the mole negro hidden under the Grilled Squash ($8), composed of four massive hunks so silky and soft, delicate and savory. If there is a better squash dish in town, I haven’t tried it. I can’t wait to have this again in six months, after the grill has properly seasoned. 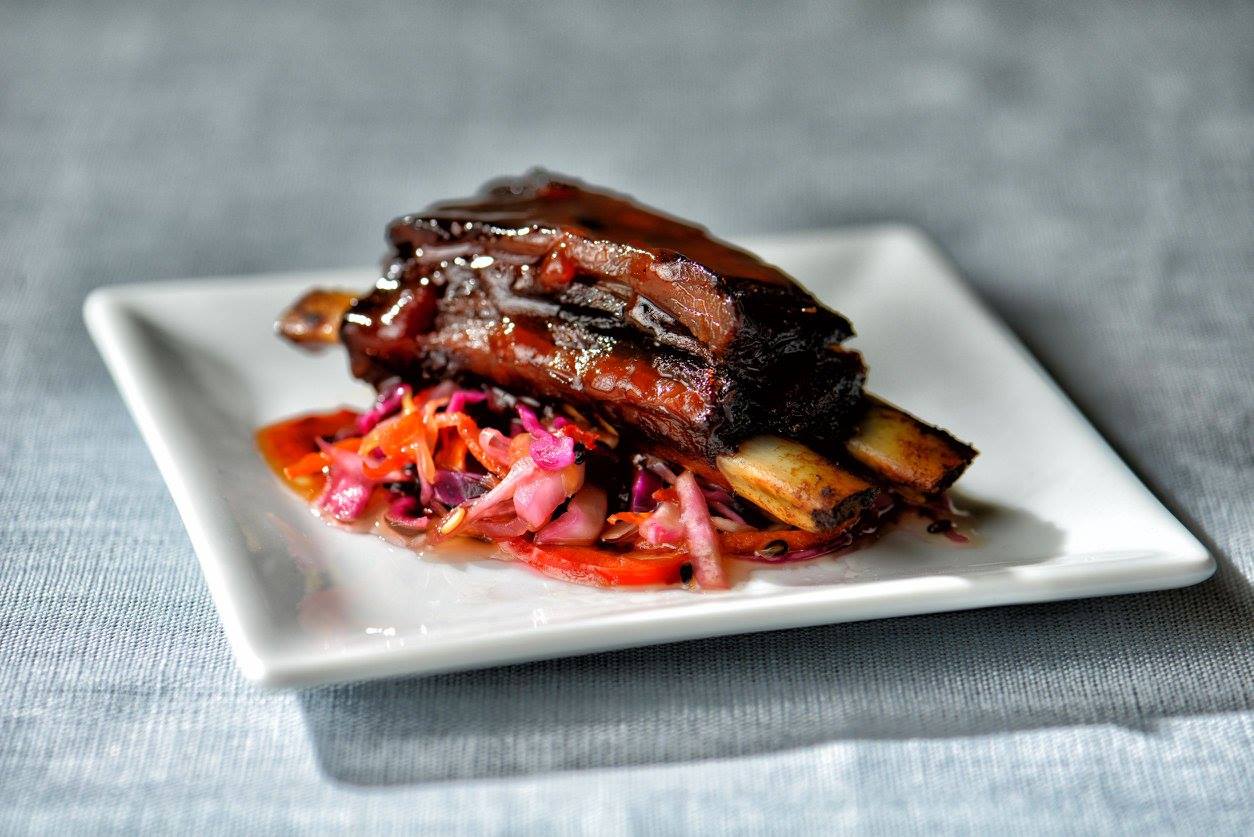 Don’t skimp on any of the appetizers lest you miss the Porky Fries ($12), a massive mound of fries with fully sauced pulled pork, a sea of melted cheese and sliced pickled jalapeños. Delectable! Or the otherworldly Colossal BBQ Shrimp + Cheese Grits ($26): luscious creamy grits topped with one enormous Madagascar shrimp that is easily 10 inches long. Somehow this jumbo shrimp manages to pack more shrimp flavor in its meat. It’s so large the texture is closer to that of lobster. Order this not only because it is fantastically tasty but also for the shock value. I haven’t seen a shrimp like this outside of Southeast Asia.

Perhaps no trip to a BBQ joint is complete without some mac and cheese, and Starlite’s Fried Mac and Cheese ($7) alone would be worth a trip. An enormous square is sliced on the diagonal and then fried to perfection. Served in a cast-iron skillet, this entrée-sized pocket of cheesy pasta perfection is kicked up a notch by ample squirts of Starlite’s three BBQ sauces, which you’ll find all over every table. The mustard sauce is a revelation, dubbed the Starlite sauce. We loudly told the entire staff that we’d buy this by the vat – it’s that special. Very thick and not very vinegary, this is nothing like typical North Carolina mustard sauces. Their signature BBQ sauce isn’t typical either: a kicky, smoky mix with a tiny hint of sweetness that we guessed came from something plum-like. The spicy sauce, the third option, is kicked up a few notches. We spent far too long running tastings of each sauce on the mac and cheese, but when the flavors are that interesting, it’s worth it. 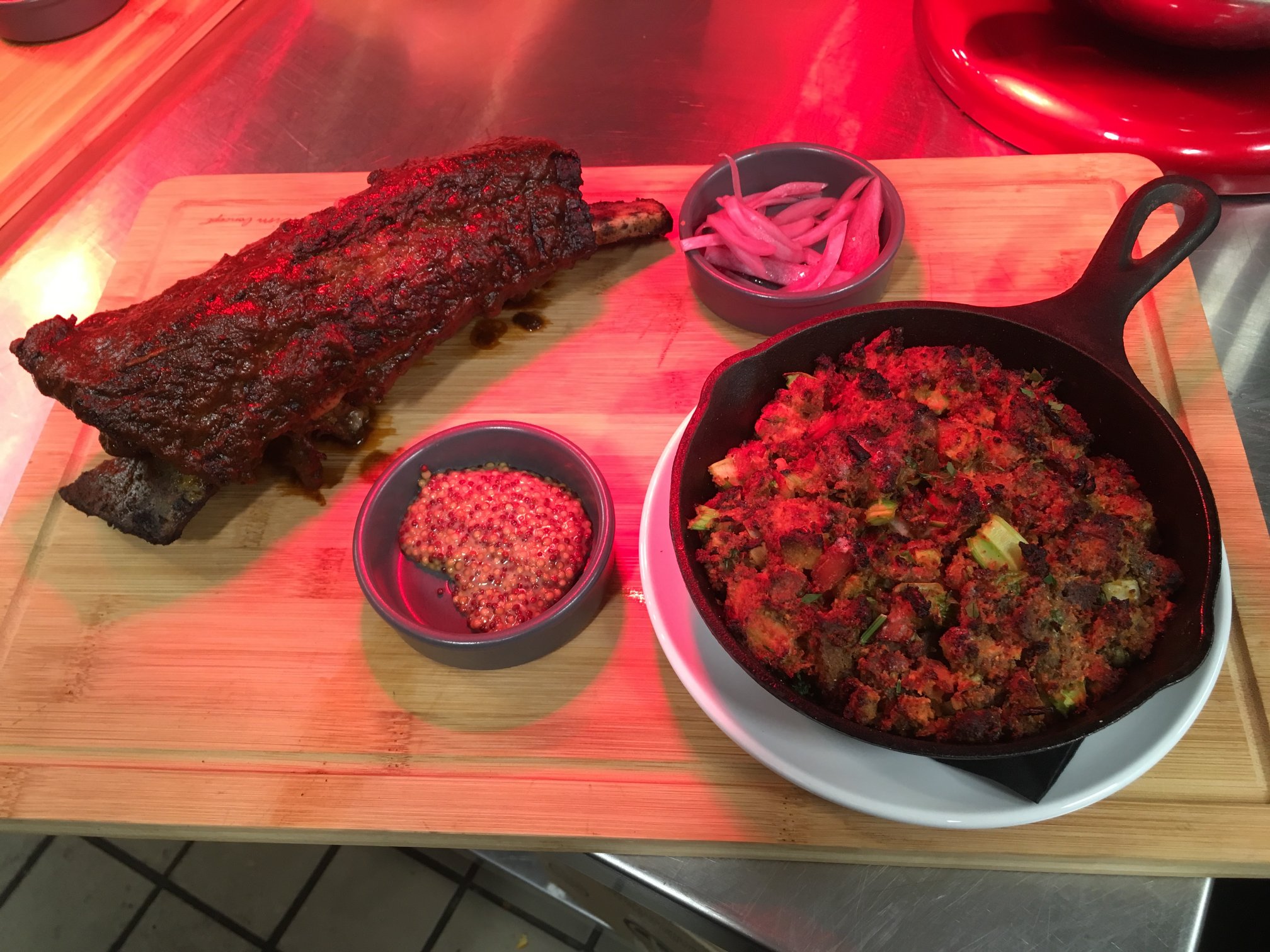 What is also worth it are the Beef Ribs ($33 for five ribs). While that seems like an extraordinarily fancy rib price, it’s not. These ribs are practically Jurassic in size. Massive hunks at least 12 inches in length and so well cooked the bone pulls cleanly out in one piece. Dotted with fresh herbs, the smoky hit on these guys is just about perfect. Rich, succulent beef so smoked it’s almost charred completely black. We fought over each rib even though we couldn’t eat them all.

The Brisket ($10 for a half order) drops on the plate with a massive thud. I can’t believe that the huge plate was merely a half order. Hunks of brisket are chopped and tossed into what appears to be a mix of Starlite’s red sauces and served alongside a dish of house-made pickles (amazing) and fresh stoneground mustard (please bottle this). So soft and tender it literally melts in your mouth, this kicky brisket is a winner. I don’t recall many burnt ends, if any, but to be fair, no one noticed because it disappeared immediately.

We couldn’t finish the full one pound of Smoked + Grilled Meatloaf ($12), which comes served in two slabs, each a half pound. The smoky flavor comes through each bite, and the BBQ sauce slathered on top slightly caramelizes from a few minutes on the grill. Served with the excellent aforementioned mustard, this meaty beast begs to be taken home to be consumed later as a reminder of how good great meatloaf can be. 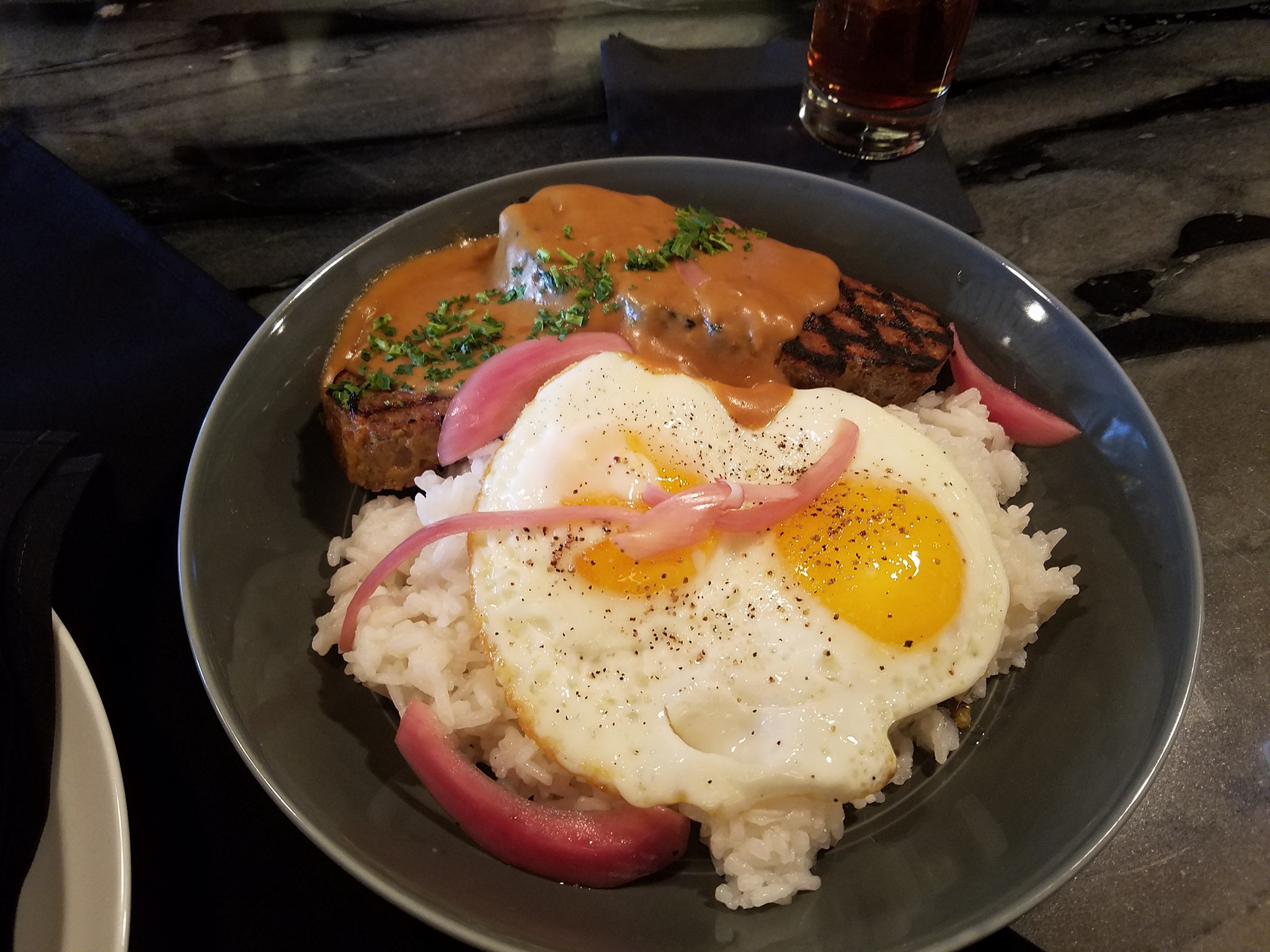 We loved the Banana Pudding ($9), served with at least a solid inch of house-made butterscotch and three vanilla biscuits – Starlite’s take on the Nilla Wafers. This sugary masterpiece is best shared, if for no other reason than the gigantic portion requires it. The S’mores Brownie ($9) comes with an epic house-made marshmallow perched on top, and it’s flamed with whiskey until the entire dish is melty magnificence.

Starlite BBQ is a unique take on a staple. The sauces bear the imprint of our regional flavors, and the whole place looks likes it belongs in Arizona. Great flavors, laid-back stylings, loaded with kick and not afraid of the occasional hot pepper – the kind of BBQ that would make Arizona proud. I feel pretty confident that Starlite’s stamp is significant enough to give us our first contender in a new category – Southwestern BBQ. 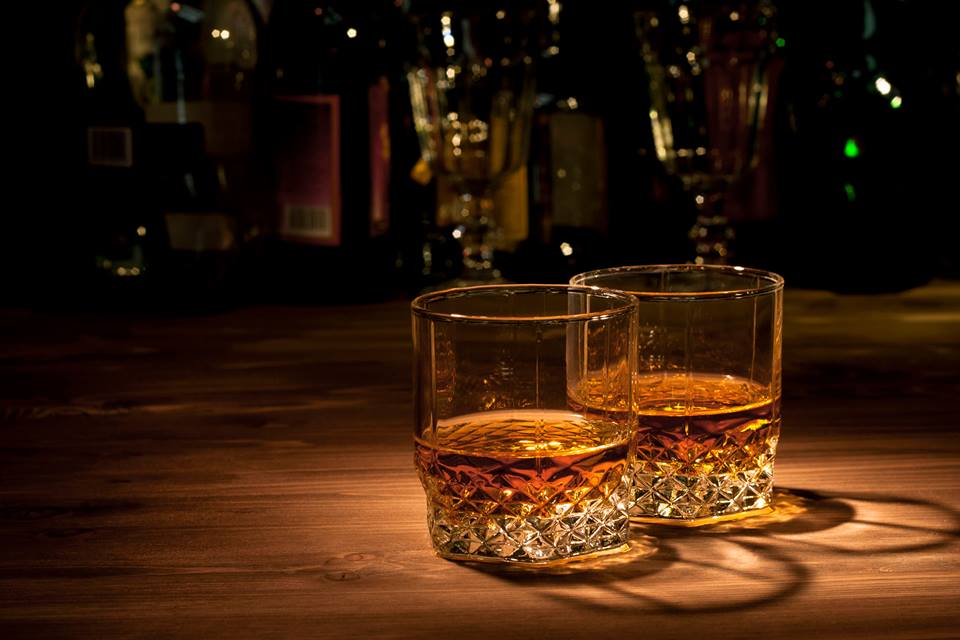