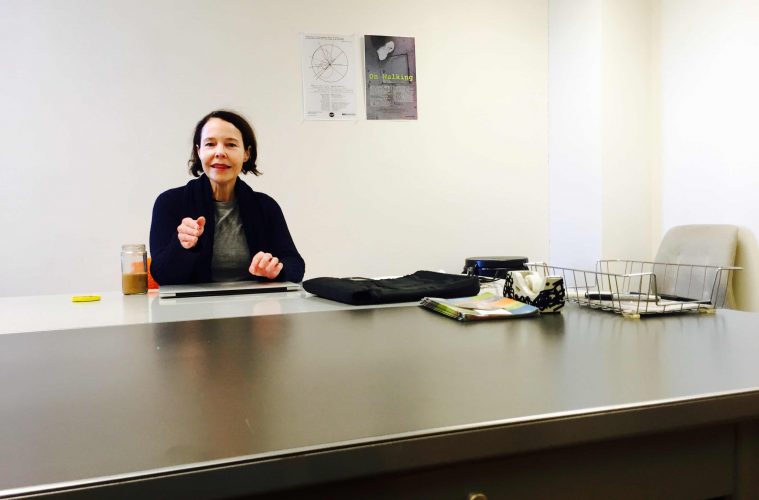 The practice of walking as an arts discipline may not be the first thing that comes to mind when discussing either walking or the arts. Its place in contemporary art, however, has a deep foundation that continues to grow new branches in diverse and profound ways. From walk-inspired philosophies to the incorporation of walk-discovered objects into art pieces, there are numerous ways that walking is present in contemporary artwork—as well as in historical works. If you are already enthralled by this facet of the stroll, or need a good jumping-off point for more information, we have the Museum of Walking (MoW) right here in the Valley. Its mission is to be an educational resource committed to the advancement of walking as an art practice. 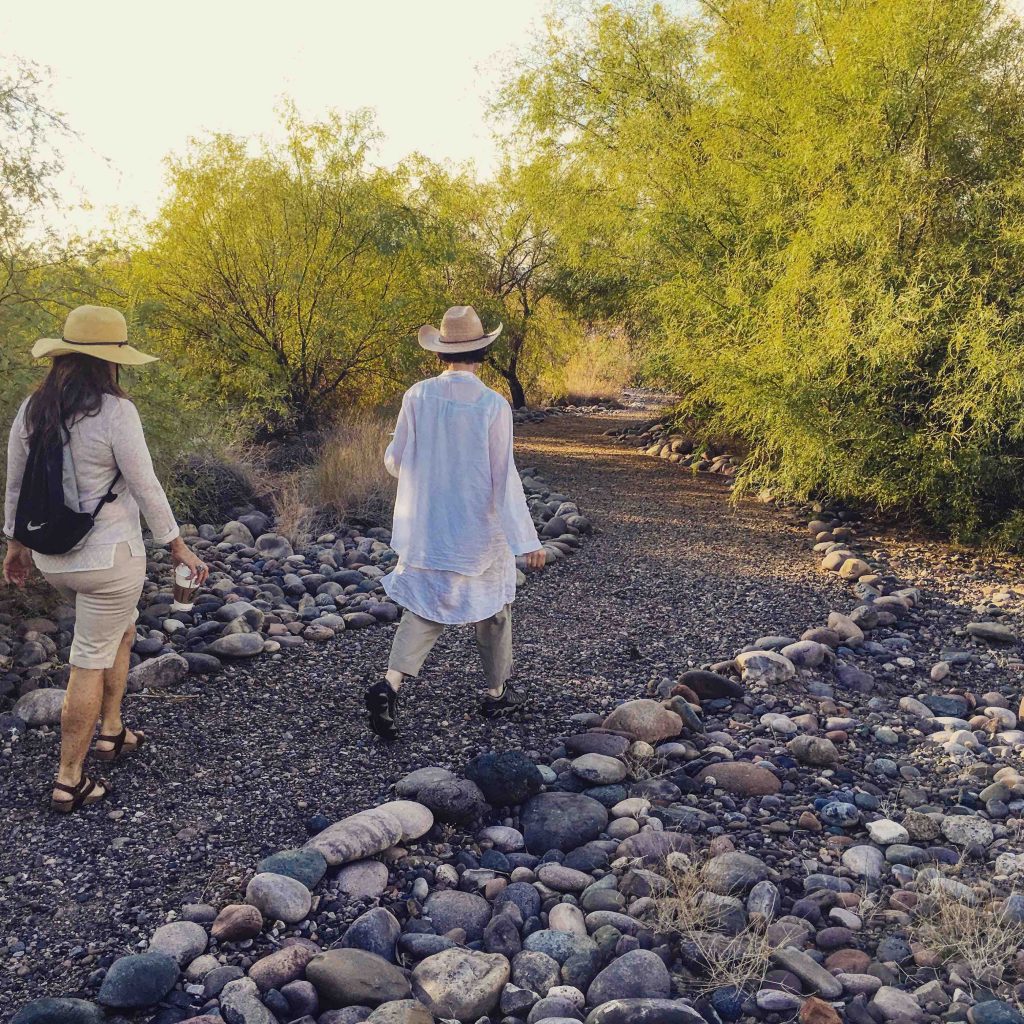 The museum’s director, Angela Ellsworth, is an associate professor at ASU, as well as a contemporary artist who has received international acclaim for her multidisciplinary art projects, many of which have been walking-centric. Extending her previous pursuits to developing this museum seems like a very organic flow of events. “My work,” she said, “has incorporated a lot of walking, and I also teach performance art.” Ellsworth told us that she has been quietly gathering information around walking in art for well over a decade.

Ellsworth started the MoW with another noted local artist, Steven Yazzie, in a quasi-condemned room in a School of Art building on the ASU campus. Both artists have a strong interest “in landscape, the land we walk on, and the layered history of that land,” Ellsworth said. Their continued conversations were instrumental in taking the MoW from an idea to fruition.

The word museum conjures the idea of vastness, generous amounts of space. Yet Ellsworth and Yazzie created this institution in a 120-square-foot room, which made perfect sense to these artists with utilitarian mindsets. “I teach my students that they can utilize any amount of space,” said Ellsworth, “so I liked the idea of turning something ordinary into an extraordinary place.” The pair shared conversations about how to transition and use the room and developed the museum into an exhibition space that Ellsworth described as “very physical, and very analog—much like walking.” The small size made the capacity limited, and ring-in access was the first point of entry. 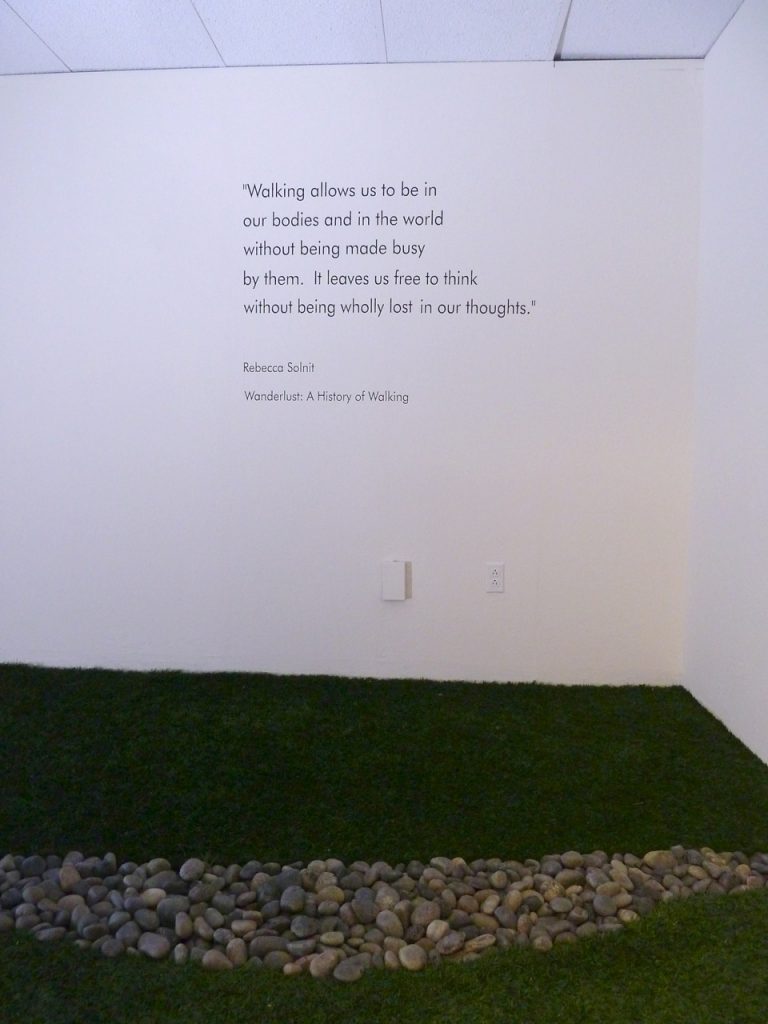 Due to a busy schedule, Yazzie has limited his role to serving on MoW’s advisory board, which Ellsworth says is vital to the museum’s continued operations—along with the museum’s volunteers. MoW has averaged a couple of exhibitions a year and has presented lecturers, as well. When additional space has been needed for on-site events, the ASU Art Museum has lent space. Recently, MoW moved from its initial location to spend two months at Combine in downtown Phoenix, while looking for a more permanent home. Ellsworth isn’t worried; she’s already proven her ability to maximize what is available.

Ellsworth loves the indoor programming, but both her voice and her expression convey her passion when she talks about the outdoor programs—themed, silent and contemplative walks led by herself or guests. “I love the idea of bodies being together in a different way than we normally are,” she said, “enjoying the landscape and noticing the subtleties in our world.” She notes that while the physical benefits of walking are well known, it’s walking’s link to creativity that fascinates her and that she would like to facilitate. 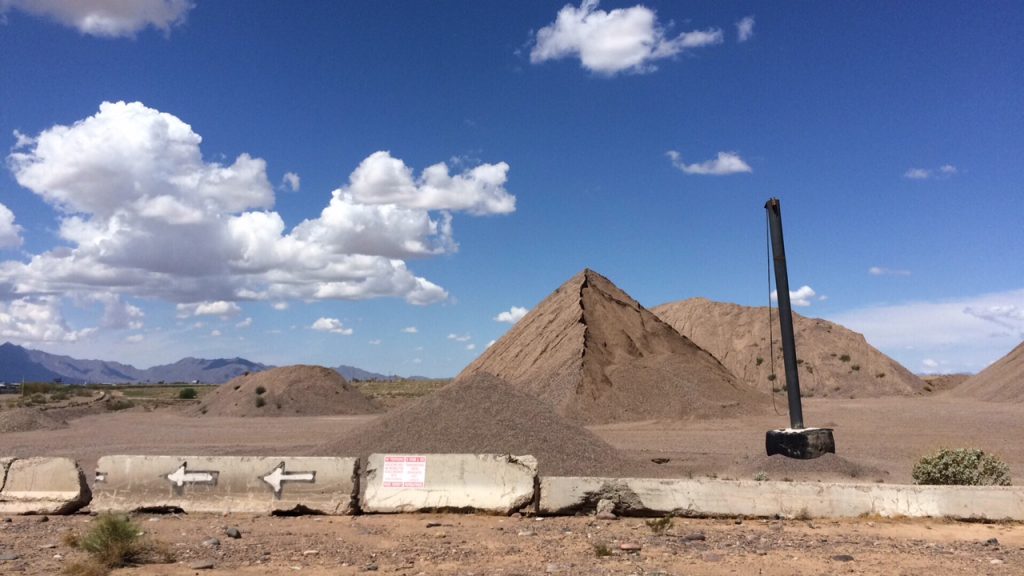 “There is empirical evidence that walking connects with creativity, which makes sense, as walking to think can be how ideas and philosophies grow,” Ellsworth said. It is a sensory experience that is open to everyone, and it doesn’t have to be goal-driven. It can even be an opportunity to let the senses roam free while not being tethered to the electronic devices that have everyone in their grip.

Previous walks have included a guided adventure along Indian School Road that provided information about the history of the surrounding land. A crepuscular walk found the attendees learning how to listen for critters. Desire Lines: Women Walking as Making led the walkers to artist Jody Pinto’s Papago Park City Boundary Project and formed a component of the 25th International Sculpture Conference: New Frontiers in Sculpture. The event’s conversation included sharing about women artists who have used walking as means to create poetic, political and environmental works. There’s even a dog walking series that lets participants bring four-legged friends. These walks are led by Angela’s partner, writer Tania Katan, and Felix, her undeniably adorable French bulldog. Participants walk in a pack, and the walk is followed by time at a dog park, where the dogs can play and the humans can chat. 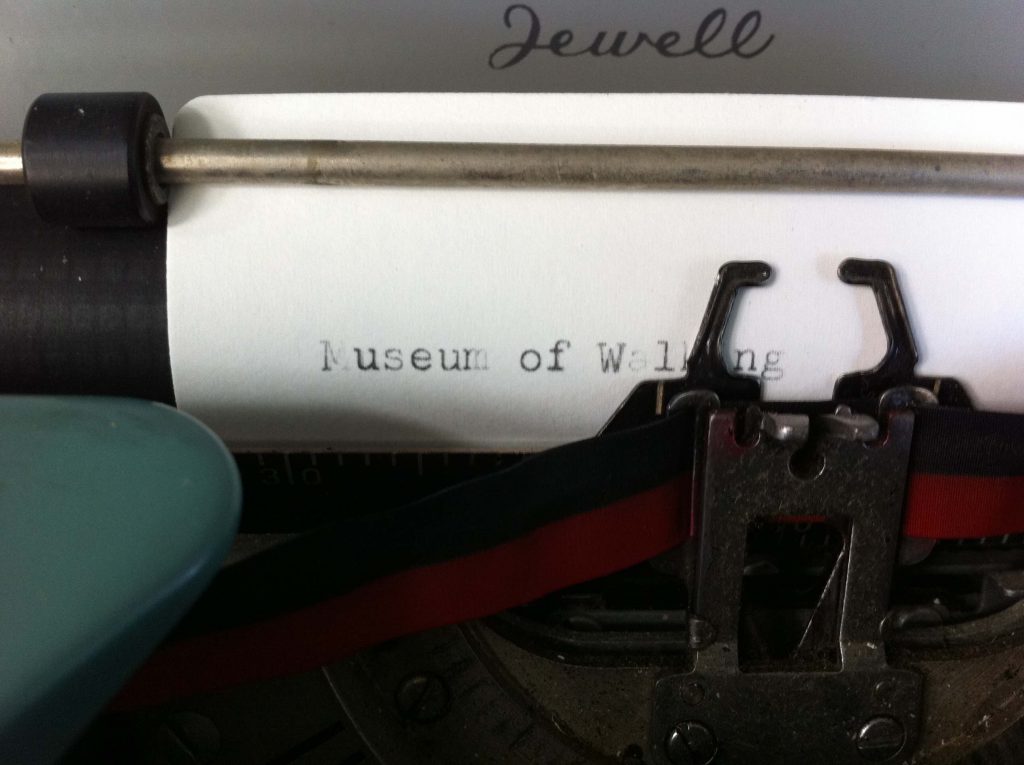 As with any museum, raising awareness and funds is part of the programming. In March, MoW is embarking on their biggest project yet, theWALK, which will help accomplish both of those aims. Ellsworth hopes that raising awareness will not only bring in new walkers but also help to continue inspiring relationships with potent organizations, such as Native American Connections and the Phoenix Indian School Legacy Project. Both of these organizations will receive partial proceeds from the event. Funds will also help bring in international artists to lead walks and to develop further programming. For Ellsworth, it’s important to engage with other groups and organizations and to have the Museum of Walking showcase the results of the contemporary arts practices created and shared with these collaborators.

TheWALK takes place on March 18, the same weekend as Artlink’s annual Art Detour event, and unlike a lot of traditional fundraising events, attendees are not going to sit back and hear about the organization’s activities. This inaugural fundraiser is a walk that takes place at the Rio Salado Habitat Restoration Area. The former landfill in downtown Phoenix is now a home for all kinds of native creatures, including beavers, owls and other birds, along with some lush vegetation—lots of great points of focus. Ellsworth likes the idea of exposing the habitat to new viewers. “It is a beautiful place people often pass on their way to the mountains to hike, not even realizing it’s there,” she said.

The three-mile walk is expected to take around 90 minutes, and the goal is to get 1,000 people to walk together. The $25 ticket price makes it a rather affordable way to really immerse yourself in this intriguing scenery, connecting with the land and with other walkers. Walkers will move in groups of 20, called “waves,” along with a guide. Participants are welcome to form their own groups. Ellsworth explains, “People will get to move through a public space in a mindful way, with stopping points to look and listen to the landscape. There will also be surprise sound components to add more layers to the event.” And don’t worry—for those who love a good fundraiser, you will go home with a tote bag. There are also sponsorship opportunities, and those interested can volunteer for training to lead a wave at theWALK.

Looking to the future, things won’t be slowing down for the MoW. There are a lot of plans in the works, one of which is projectWALK, coming up in the spring of 2017. This is a multi-city collaborative event that locally will include artist-led activities, the activation of different public spaces and a film event. It will, naturally, culminate in a walk, which Ellsworth will lead.

We don’t live in the world’s most walkable city. The new residential density of areas like downtown Phoenix is creating more foot traffic than ever, but walking is still something that happens more for exercise or sport than function, which lends to the importance of the Museum of Walking and its multi-layered value. This recent addition to our museum community gives us new ways to think about many things. Whether it is the history and evolution of a place and its people, or the importance of taking the time to reset the senses to trigger new, different or broader thoughts, the benefits are as endless as the miles there are to explore.