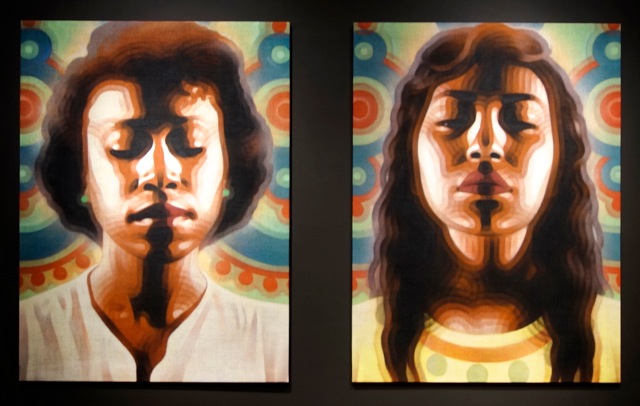 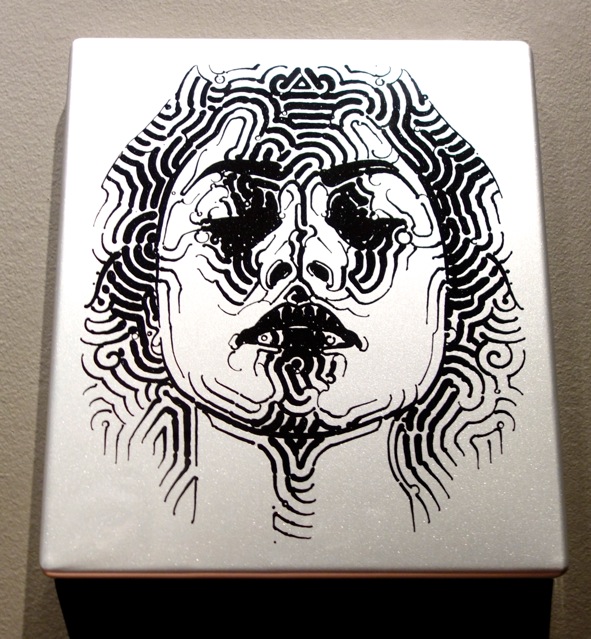 The artist El Mac (also known as Miles MacGregor) is nothing short of a local legend. Though he was born in California and currently resides in Los Angeles, Mac grew up here in Phoenix and has deep roots in the local art community. He has been making his art, which includes drawing, painting and large-scale murals, since the 1990s. During the early years, he exhibited at now-defunct gallery spaces such as MARS and Tonatierra. Some of those exhibitions were as part of the Nitty Gritty collective, which celebrated their longtime union with a 20-year-anniversary exhibition this past March at Monorchid Gallery.

El Mac: Aerosol Exalted was originated by the Colorado Springs Fine Arts Center and fit in with the Mesa Contemporary Arts Museum’s desire to work with Mac. Last year, the Mesa Arts Center, which includes the Museum, was celebrating its 10th anniversary at its current digs, and associate curator Tiffany Fairall knew she wanted El Mac involved.

“Of course, I was familiar with El Mac and had been watching his career take off for years,” Fairall said. “He is an established, highly respected figure in the local art scene, and in recent years has gained national acclaim and is now branching into international waters. We were discussing ideas for the 10th-anniversary season at the Mesa Arts Center and I thought that it would be a perfect opportunity to have such an accomplished artist with strong Arizona ties to commemorate this milestone. Colorado Springs Fine Arts Center had organized the exhibition, and we reached out to Mac to see if he would be interested in bringing it to MCA Museum. And as they say, the rest is history.” 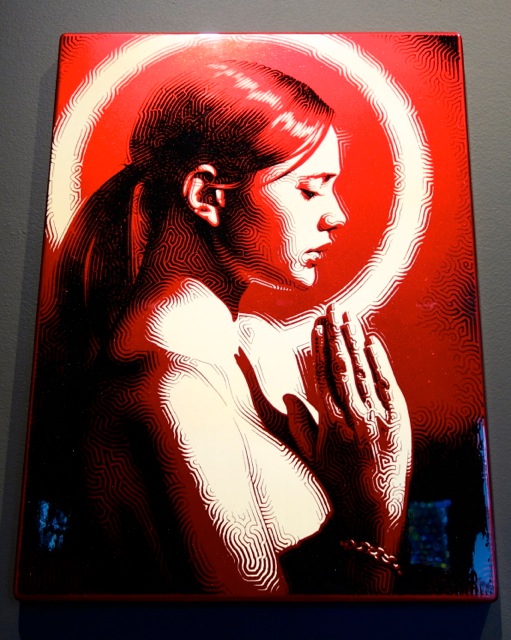 That mural idea came to life as “Desert Rose (Nuevas Generaciones),” a 35-foot-tall piece that is nothing short of majestic as it transforms a wall of the venue’s courtyard. Using the signature rippled lines that often comprise and surround his subjects, Mac created a beautiful woman by using black on the building’s grey; she holds a pale pink rose. The soft splash of color pops out of the piece, but the real magic lies in the artist’s ability to present emotions in his subjects. As the woman’s giant and unavoidable eyes look down over the rose, her intensity is palpable.

The exhibition allows visitors to see the distinctions between El Mac’s styles. In the transition from spray painting on big walls to utilizing brushes on smaller canvases, no detail or perceived intention is lost. Collaborative pieces such as “El Viejito/The Old Man,” with artist Marquis “Retna” Lewis, play Mac’s ripples against Retna’s signature glyphs. Together, the pair creates and maintains a unified fluidity despite the differences in their line work. All of the shapes work together to magnify the old man’s years and all the experiences they contain. 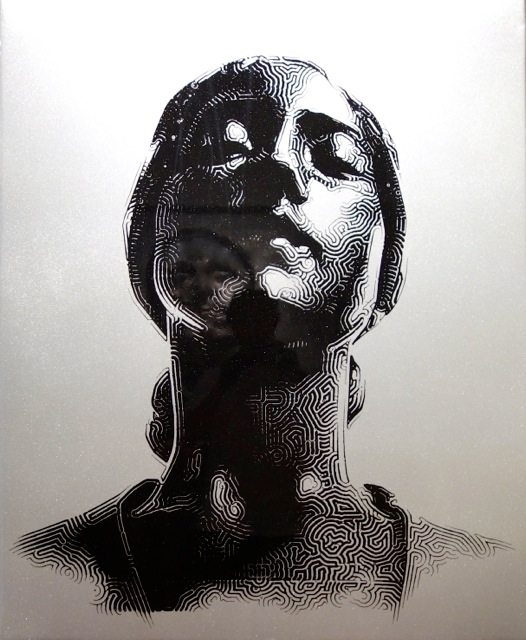 A lifetime appreciation for the European masters has inspired Mac’s work. In the early 2000s, he began recreating some of those masterpieces, which led to a 2003 invitation from the Groeningemuseum in Brugge, Belgium, to paint his own versions of classic paintings in their collection. His 2015 pieces “Abraham and Isaac (after Piazzetta)” (red and brown versions) use acrylic on steel to recreate Giovanni Battista Piazzetta’s 18th-century piece “The Sacrifice of Isaac.” It not only shows his appreciation for those masters but recreates the motion, emotion, turmoil and complexities of the original. No matter the medium, Mac’s work merges style and substance victoriously.