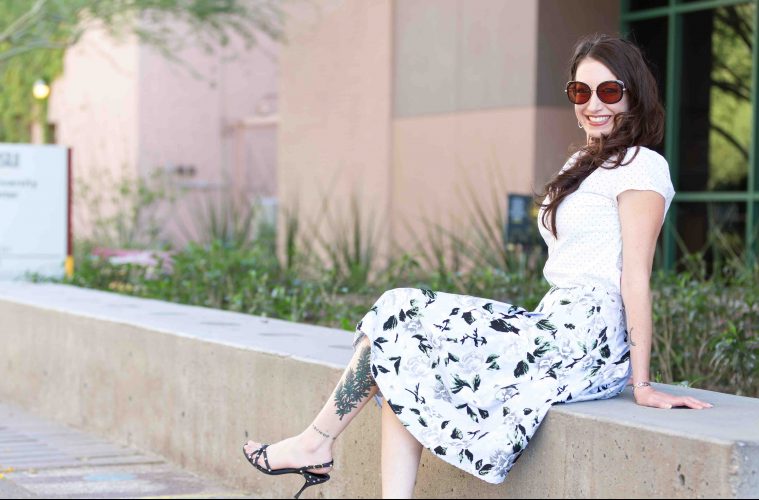 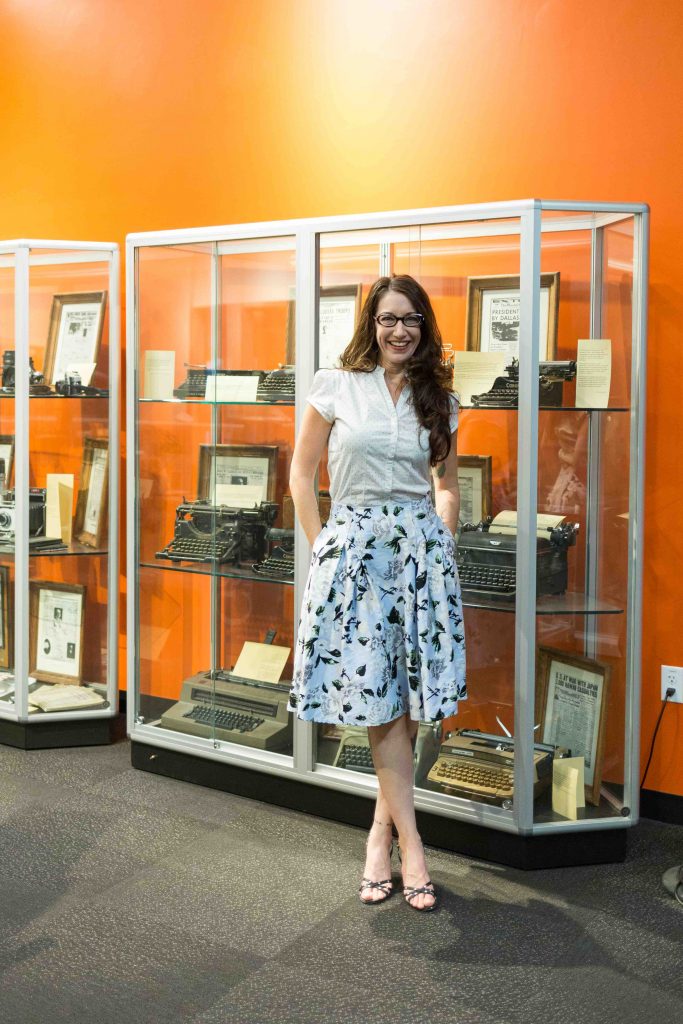 One of the main functions of poetry—and all art, for that matter—is to create a watermark, a historical time stamp that anthologizes history. In other words, poets swerve historical writing in real time, in rhyme (and often out of), pointing us back to the north star of our respective periods. Phoenix’s poet laureate, Rosemarie Dombrowski, exemplifies this.

Dombrowski is what you might call an anthological poet. Her field work: womanhood and raising a child with autism. “Auto-ethnography is the most authentic form of history,” Dombrowski says. “I’m a fervent believer that history is written from the inside. I don’t like the old ethnocentric paradigm. That leads to erasure. We know that as members of the disability community. We have to tell our own stories. When you bring all those stories together, then you have a real community.”

Dombrowski’s poetic sensibilities were cultivated through a combination of factors. When she was a child, her mother would read nursery rhymes, and Rosemarie would memorize them before she could even read. She was a dancer and performed throughout her schooling. For her, dancing had a lyrical quality that she eventually mixed with poetry in high school. Dombrowski was kicked out of two Catholic schools as a young person for “just being expressive.”

“I felt like a ‘poet’ because of the way people perceived me,” Dombrowski says. This sentiment is shared by a lot of poets—poetry coming from a place of isolation. Another dimension that shaped her dive into poetry was her father’s death when she was a teenager. This triumvirate cultivated a poet, and she wrote as a form of survival.

She moved to Arizona from Missouri with her mother after eighth grade and attended Red Mountain High School—which was kind of a culture shock for her. She went from going to school with all Catholics to attending a majority Mormon school. Dombrowski found a role at the school quickly: teaching the Mormon kids to rebel. She would help sneak girls out of their houses to hang with boys. She was practicing women’s liberation long before she would read Adrienne Rich in college.

During her time at Red Mountain, Dombrowski began to integrate poetry with dance. She had a teacher who had received an MFA in dance from ASU and encouraged her to dance to a spoken-word piece. Dombrowski went for it, and it worked out. When she graduated from Red Mountain, she decided to attend Arizona State University and major in anthropology. However, after a few semesters, she realized that she missed reading poetry, so she majored in English, as well. 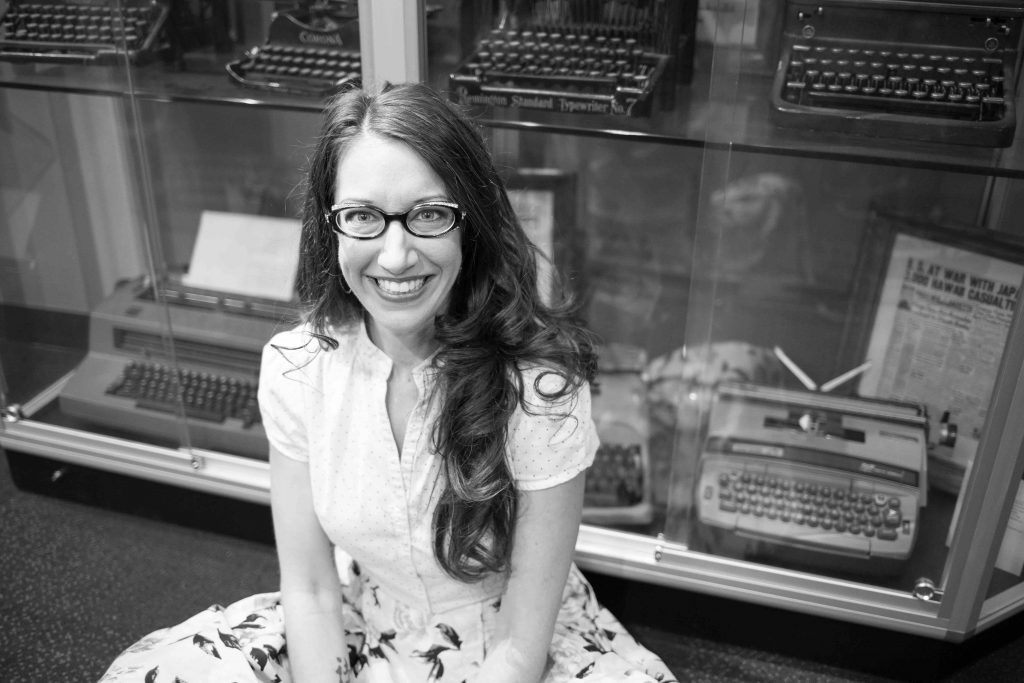 One poetry teacher who profoundly influenced Dombrowski was Susan McCabe. “She was very young and very gay, and I adored her,” Dombrowski said. McCabe was one of the first people to give Dombrowski feedback on her poetry. In her classes, they often straddled the line between critical analysis and creative writing—which Dombrowski loved.

Dombrowski took as many classes she could with McCabe and, upon graduating, continued taking classes as a non-degree graduate student. Her professors eventually encouraged her to join the English Master’s program, where she studied the intersection of dance and poetry—specifically, how indigenous dances were inscribed into art forms. The stories that were central to dance were chronicled poetically. For her Ph.D. studies, also at ASU, Dombrowski focused on confession—fitting for a woman who was kicked out of two Catholic schools. She was specifically interested in women, marginalized men and the LGBTQ community when it came to confession.

During her first year of graduate school, Dombrowski got pregnant, which would change anyone’s life, but her case was especially challenging because her son was born with a heart condition and developed severe autism in his early years. “At that point, writing became central to my existence,” Dombrowski says. “I was learning as much as I could. Poetry became a means of telling those stories that would have otherwise blurred into one another. Poetry became a way of chronicling those days. Others are very specific snapshots. I felt like I was in a strangely ethnographic space. Autism isn’t my culture; however, without any say, I couldn’t write anything else.” 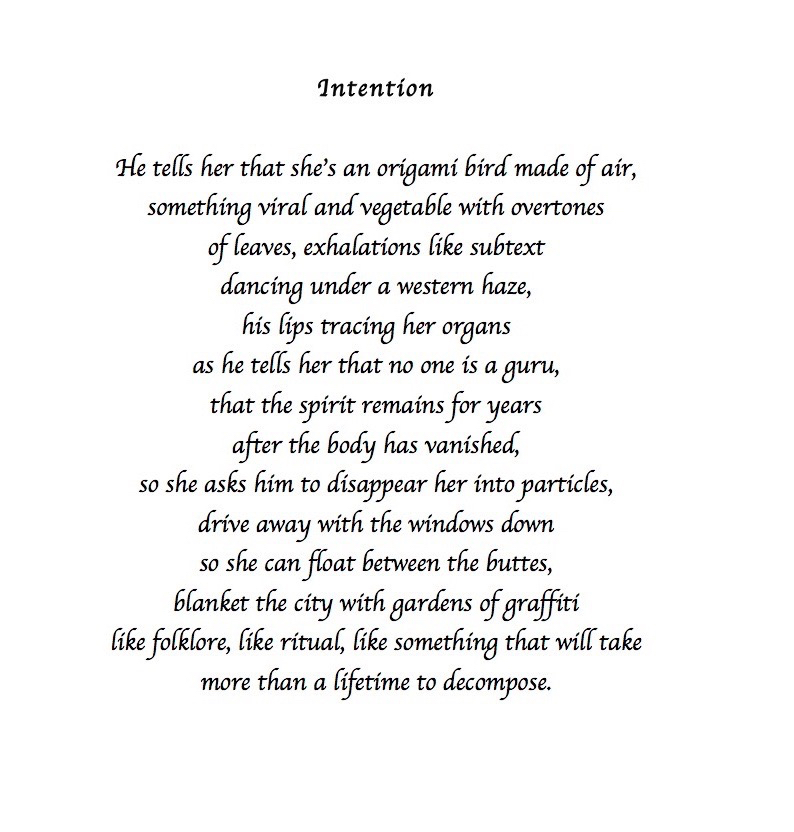 Her son’s childhood was rough. In junior high he was banging his head against walls for up to eight hours a day. It was a frustrating experience for her. Things got a bit better after he got on medication. Dombrowski sees her son as a multi-dimensional, multi-species human whom she’s learned to accept and cherish. She began reading her poems about autism around town and became known as the “autism” poet.

“My desire to help voice the marginalized as a pseudo ethnographer, I find myself doing fieldwork in the culture of autism,” Dombrowski says. “I don’t necessarily want to be there. I don’t think I can do it unless I inscribe it ethnographically. It’s a combination of everything that I’ve studied and lived. That degree in anthropology and English with an emphasis in poetry never felt like what I would be living the rest of my life.”

Writing her history from the inside was incredibly important to her. Most of her poems during this period came together in Book of Emergencies. “I think it’s gut-wrenching at times,” Dombrowski says. “I didn’t really hold much back. I wrote about when I loathed the disorder; when I think of it as a disease; when I hated my child by association. I felt like that was necessary in the pieces. I think it’s the process of research. It’s about therapies; it’s about failures.”

After receiving her Ph.D., Dombrowski started teaching at ASU. Her work centers on radical poetics, women’s literature and creative ethnography. “I feel like I can speak out about injustices occurring in other spaces, but I feel like it’s more important for the members of those spaces to share stories,” Dombrowski says. “That’s why I teach ethnographic poetry.”

Dombrowski has played a major role in creating imaginative spaces in Phoenix. According to her biography, she is the founder of Rinky Dink Press; co-founder and host of the Phoenix Poetry Series; the host of Get Lit, a monthly literary salon, and an editor for Four Chambers journal. She is the co-editor of the multi-genre collection Weaving the Threads: Women, Art, Community, forthcoming from Four Chambers Press. 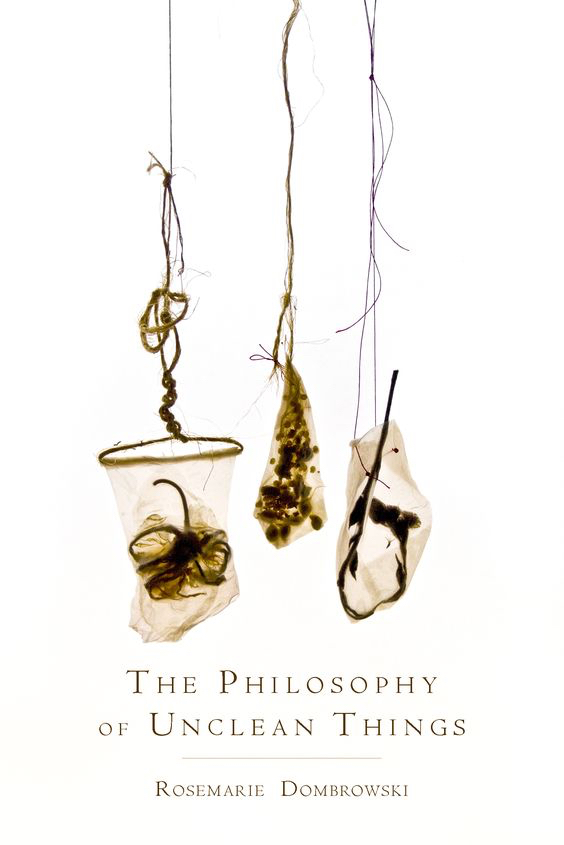 Her work has appeared or is forthcoming in Columbia Review, Stonecoast Review, Anthro/Poetics (an anthology), Bombay Gin, Nano, The Review Review and elsewhere. Her collections include The Book of Emergencies (Five Oaks Press, 2014) and The Philosophy of Unclean Things (Finishing Line Press, 2016). She is a bastion in the community, and last year she applied to become poet laureate for Phoenix. She was urged to do so by the director of Four Chambers, Jake Friedman, and eventually received the designation later in the year, by a unanimous decision. “I’m planning on leveraging the position as the poet laureate to push others’ voices forward,” Dombrowski says. “I am not interested in hearing my own voice.”

“It kind of felt like a fairy tale,” Dombrowski says. “When you’re a mid-level poet, you don’t think much about beyond most days—what I do in the classroom. I submit my work every few months. I pretty much work as every other C-level creative writer. How would that not be a dream come true? This is as good as it gets.”

Her latest poetry book, released earlier this year, is entitled Philosophy of Unclean Things. While writing this book, Dombrowski was dealing with a lot of unclean things in her life. She was in love with another poet who is a germaphobe. She was discovering dead birds in her yard weekly and was inspired to collaborate with Tawny Kerr—a three-dimensional artist who works with decaying matter.

Recently, Dombrowski was awarded a poetry grant from the Lincoln Center for Applied Ethics. The grant is allowing her to get together youth from the community and work with artists to create a wall piece in the city that anthologizes their poetry. “I really want it to be their vision for the future. I want them to know they have a voice, and I want them to know that people are listening. I want them to express through poetry to see the power,” says Dombrowski.

In this sense, Dombrowski is using her power to help those who need a voice—who need to understand that they have power within. Dombrowski is helping people tell stories, and at the end of the day, that’s the most empowering thing you can do for another person, poet or not: use your power to give them space of their own. 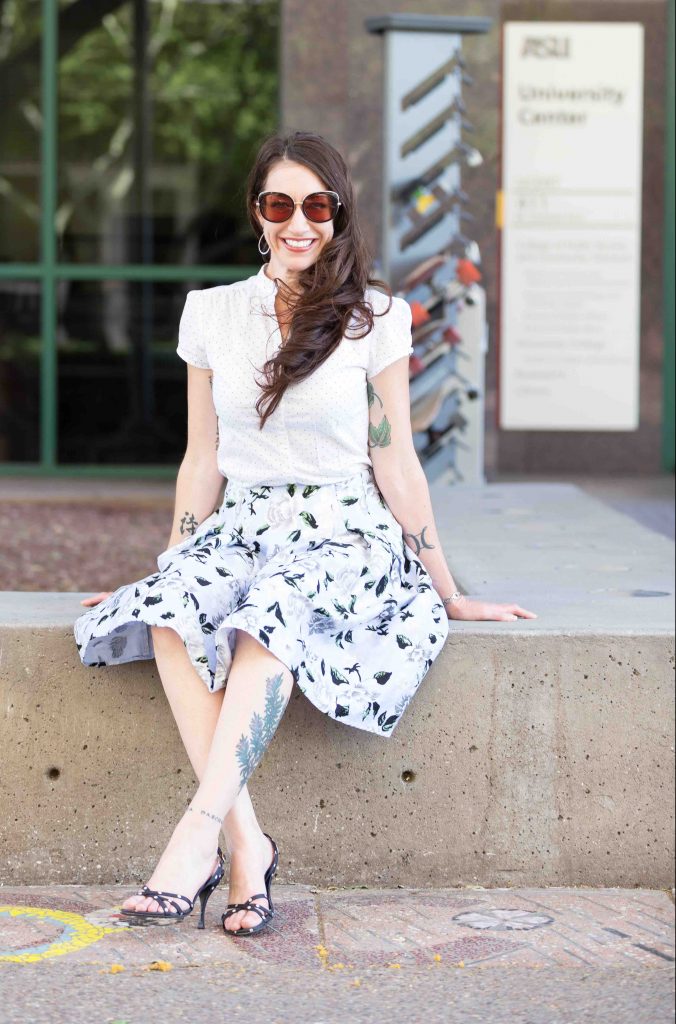