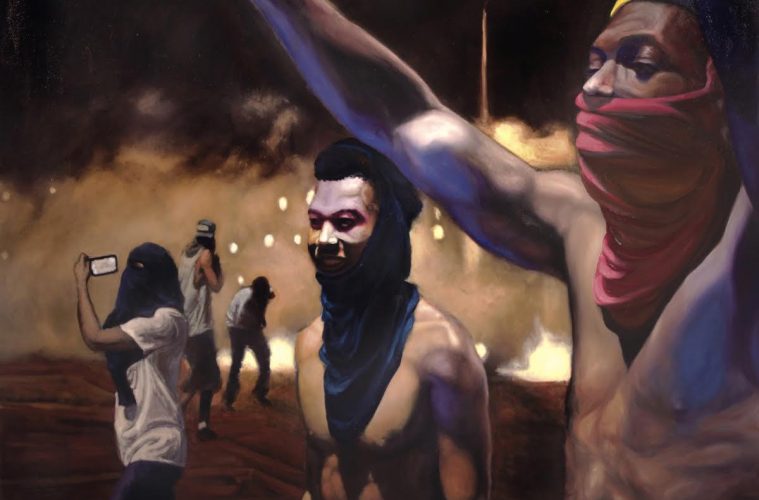 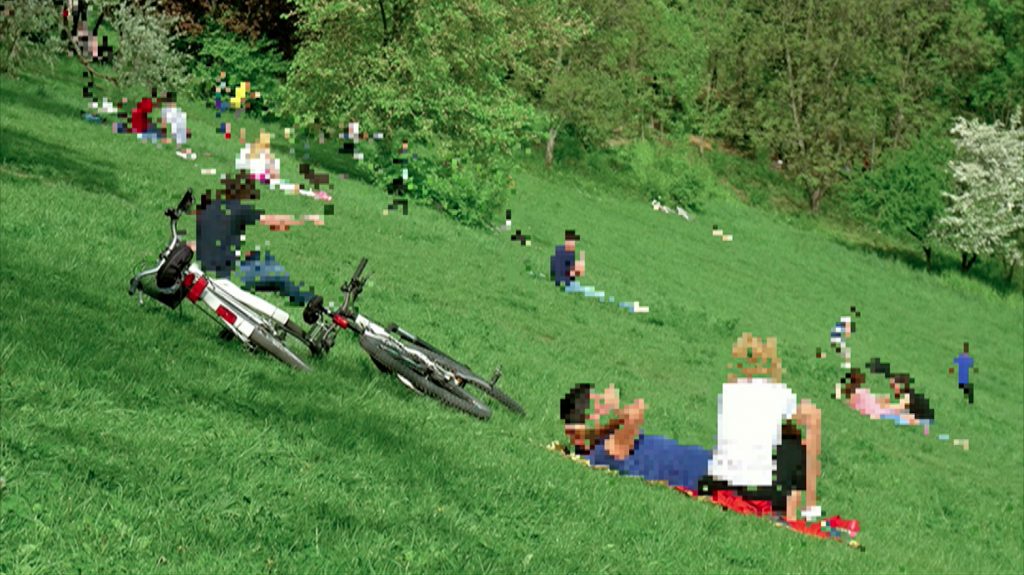 It’s disorienting to read political news more than a month old. The further back we look, the more foreign our own attitudes about national politics appear. We have trouble recalling contemporary American politics in a straightforward manner. We remember recent history like unremarkable prestige TV episodes: linear progression of plot is replaced by character thematics. Our politicians argue which “Game of Thrones” characters they most resemble. Our collective sense of reality blurs with fiction, and our identification of historical continuity is subverted by a 24-hour media cycle. Attitudes older than a few months feel out of step with our accelerating political drama.

A Matter of Public Record: Art in the Age of Mass Surveillance is the current exhibition at Fine Arts Complex 1101 (FAC) in Tempe. It was collaboratively curated by Brian Thomas Jones (Los Angeles) and Grant Vetter (Tempe). Viewing this show feels like a journey through a distinctly earlier political moment, although this is mainly an effect of our media environment, as the concerns raised here remain vital. The show was conceived in 2018 and debuted at the artist co-op space Durden and Ray in Los Angeles in September. The current show at FAC is substantially similar to the Durden and Ray show. It includes all but one of the same thirteen artists and many of the same works. 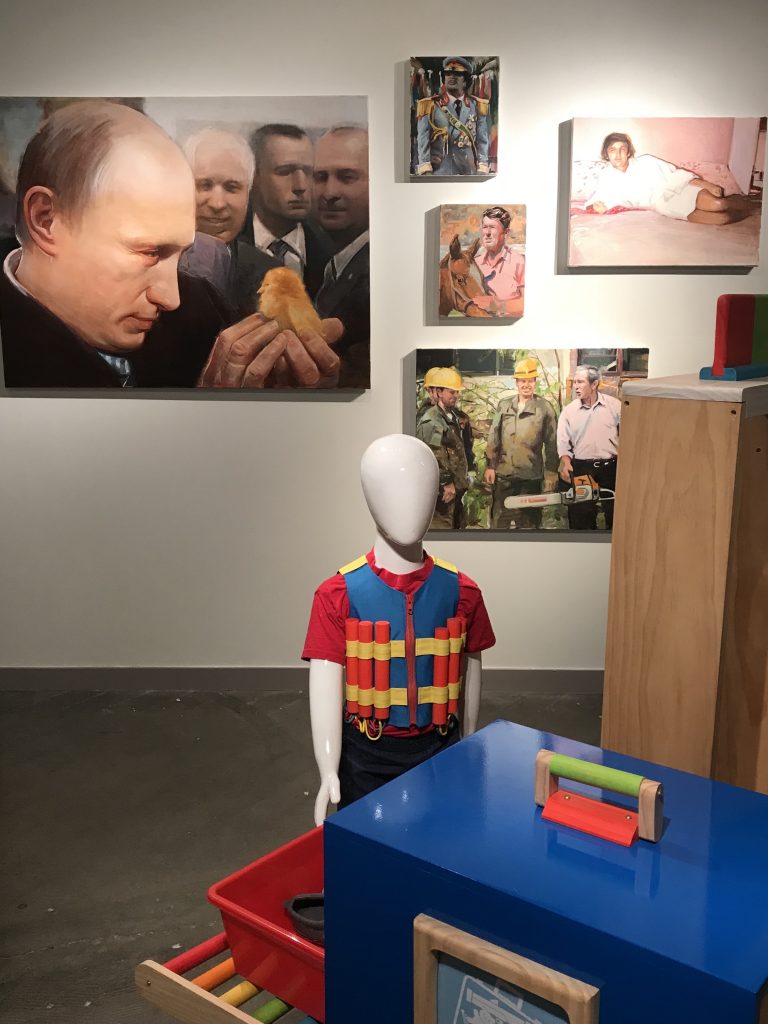 There are, however, some notable differences. Durden and Ray’s space – with higher ceilings and expansive rooms – was more generous to the artworks and allowed them to breathe. The events of 2018 were also closely aligned with the show’s concerns about surveillance technologies. In April 2018, Mark Zuckerberg was asked to explain why Cambridge Analytica had access to 87 million Facebook users’ data during the 2016 election. Now, in 2019, presented in a different city and a much smaller gallery, the same show in Tempe feels cramped for space and temporally out of step.

The works of some artists transform images from news media through painting. Chris Vena’s painting “Friday, July 8th, Campaigns V” (2017) describes masked protestors with Baroque theatricality. A glaring light source implies violence – perhaps from a Molotov cocktail? Steve Hampton’s paintings make parallels between contemporary and archaic forms of power as shown in portraiture. His painting of Trump in repose, “The Bather” (2018), recalls an older icon of wealth and domination: the odalisque. These works confront state power by calling it out and dramatizing it.

Other works indulge moral anxieties about dehumanizing social technologies. Sean Noyce’s video “A Sunday Afternoon Redaction” (2019) offers an homage to Seurat’s “A Sunday Afternoon on the Island,” with individual human subjects covered by identity-obscuring pixel blobs. Rembrandt Quiballo’s prints, such as “Radicalism of Dog on Leash” (2018), sanitize and aestheticize found stills of disaster footage by selectively glitching out the scary parts. These techniques create a totalizing effect, like a stylistic filter on a photograph. Noyce and Quiballo’s transformations call attention to something important but are not meant to inspire action in response. 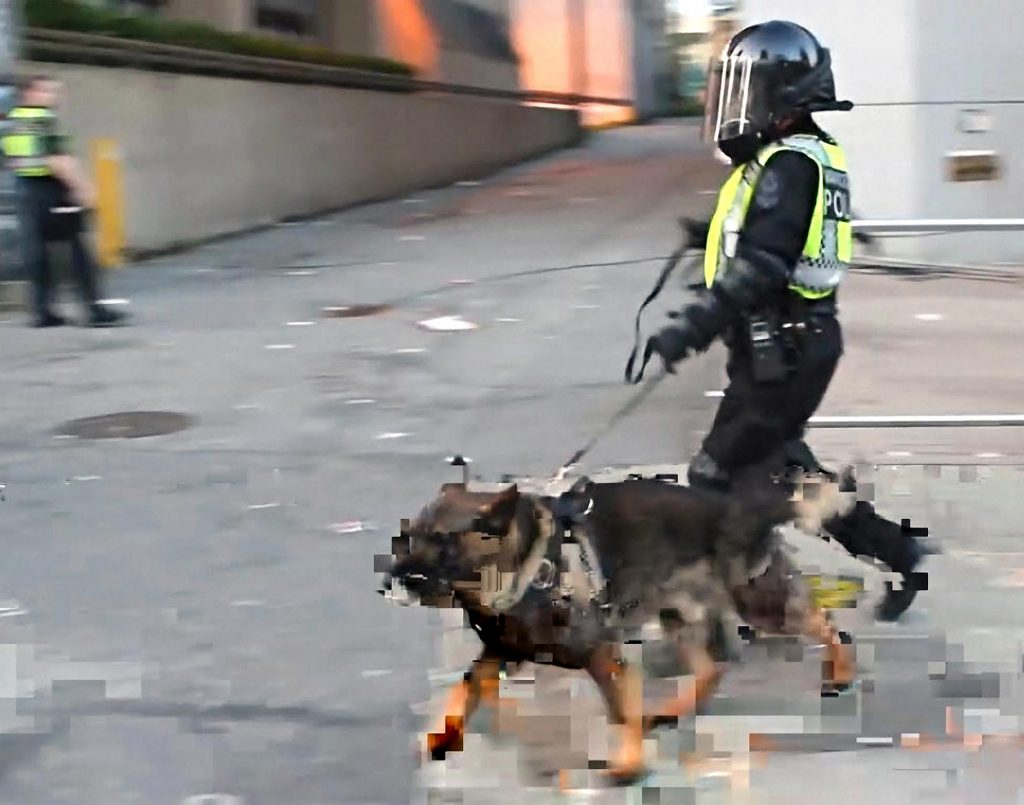 So where does action lie in this show? Adriene Jenik’s video “THE SKY IS FALLING…” (2016) provides a fraught answer. In a ritualistic performance, Jenik excavates rocks and soil, using each shovelful to bury a square of cloth. Each burial represents a civilian killed by a U.S. military drone, up to the estimated 2016 total of 616. Jenik’s project is to humanize the consequences of warfare made abstract by remote-controlled violence.

A parallel moral project is enacted alongside this conceptual conceit, whereby Jenik’s ritual seeks spiritual absolution through repetitive labor and intertitles entreating to be forgiven for what is done “in my name.” Although Jenik’s stated project is to confront the impersonal, near-ambient violence of American foreign policy, the moral locus is definitively in the individual subject. What we then contemplate is not a structural entanglement with imperialism and state violence, but rather whether you, or I, or the artist, is personally equipped to reconcile the abstract statistics of suffering. In trying to describe an oppressive infrastructure, Jenik’s work, like much of this show, ends up creating an aesthetic of witnessing, sited nearly exclusively within an individual’s subjective morality. 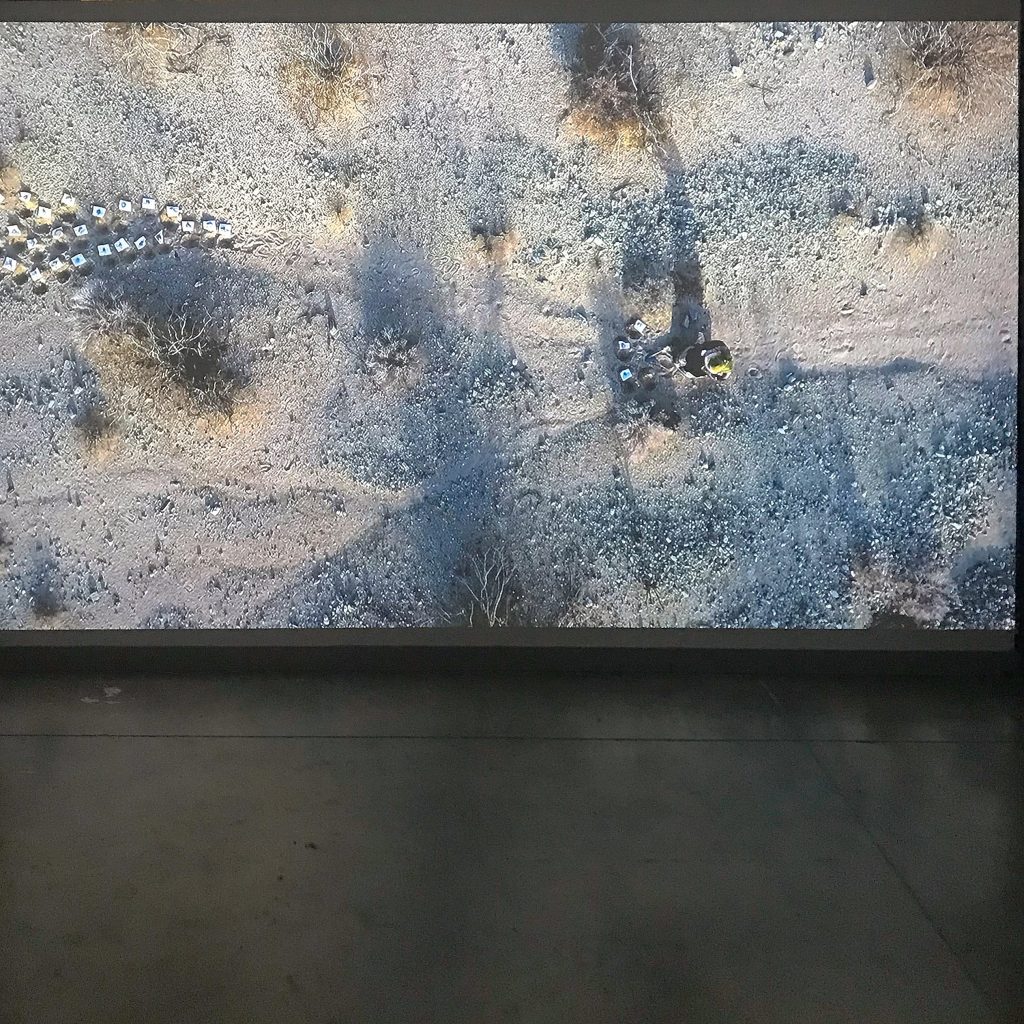 These aesthetic products of visibility politics have been largely ineffectual as political interventions. Bad people and bad governments are immune to naming-and-shaming, immune to nude Trump statues and pussy hats. Art metabolizes at a slower pace than politics and outlasts the accelerating pace of media. Works such as Jenik’s, and others in this show, linger on a locus of suffering long after it is fashionable. While this diminishes their tactical value, they do serve a role in disrupting our learned cycles of attention. We can read them as documenting mid-Trump-regime fears, as well as the recognition that the surveillance state still endures while the media cycle moves on.

A Matter of Public Record: Art in the Age of Mass Surveillance

Micah White, head of Occupy Wall Street, founder of the Activist Graduate School, and author of The End of Protest: A New Playbook for Revolution, will speak at Fine Art Complex 1101 at noon, June 1. Admission and books are free, but seating is limited.